The world of Tower Of Fantasy is filled with dangers, and you'll probably encounter one every few minutes. While most of these enemies aren't fatal, some can be devastating to deal with if you don't know the correct tactics and tips. The most formidable enemies in the game are the world bosses.

World bosses are scarce, but they are also equally hard to defeat. All of these bosses have stacks of health, usually up to five, and you have to defeat them without dying even once if you're solo. However, the rewards are definitely worth the effort. 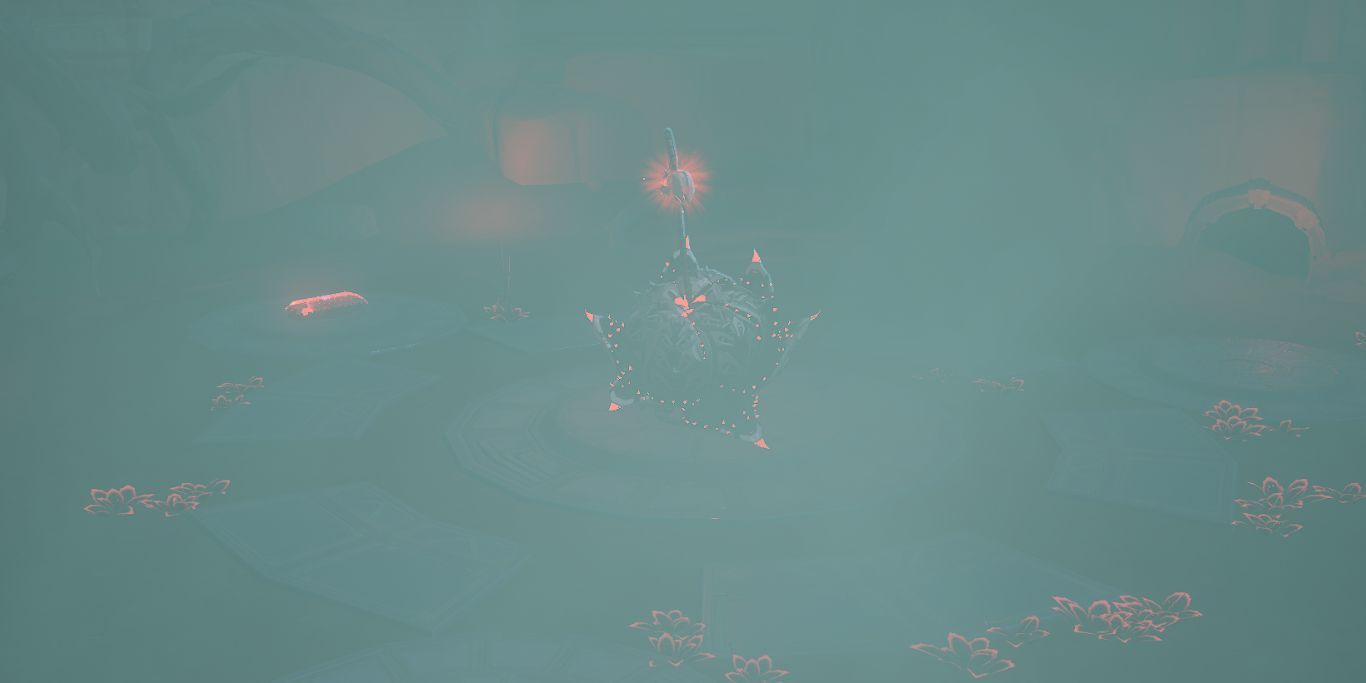 In this huge open world, Robarg will be the first boss that players will likely encounter. Aberration is the main problem on planet Aida, and that's where she stems from as well. Robarg is a sort of flower that houses a woman who awaits her master.

Being a flower, she also has control over bees and pollen that can easily overwhelm you within a fight. You'll find her in Astra, the first main region in Tower of Fantasy. Upon zooming in on the map, you will notice a special symbol in the Southern Ring Ranges, on the right side of the southern Spacerift.

Where To Find Apophis 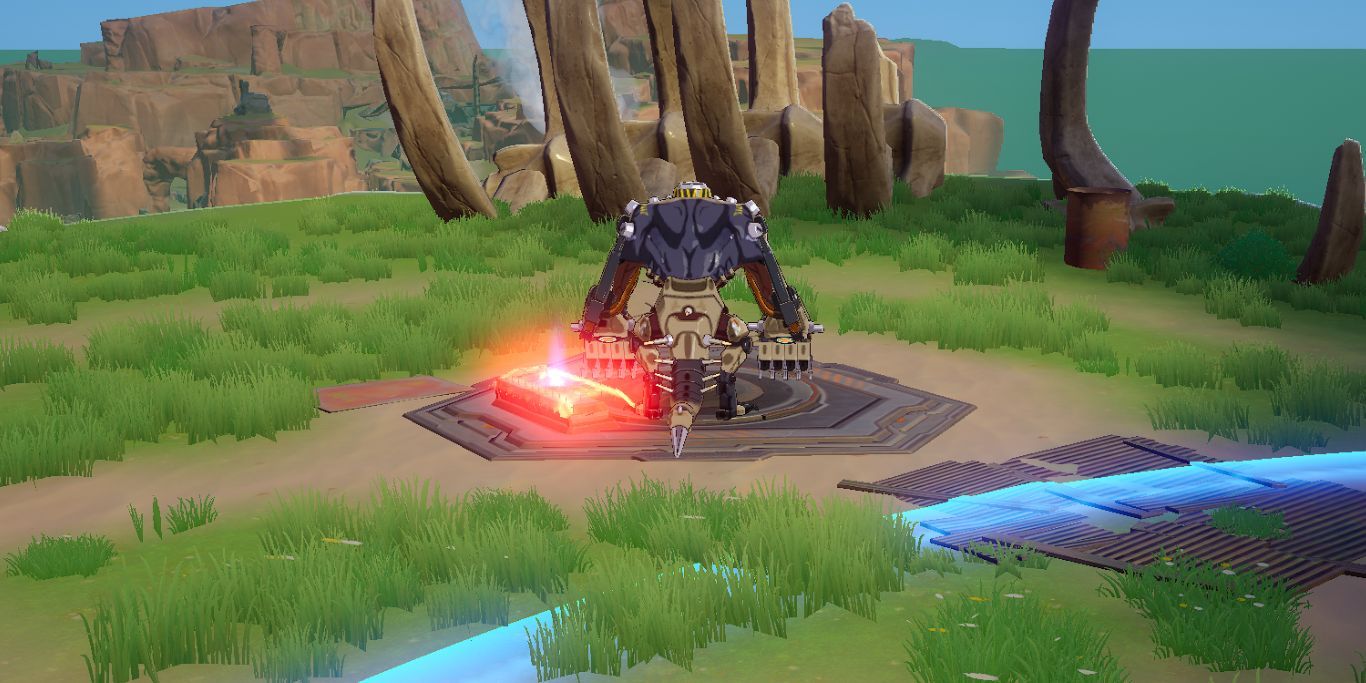 Apophis sounds like an intimidating name, and the boss definitely lives up to it. It's a creation of the Heirs of Aida themselves, and it's meant to protect their main base high in the mountains. It combines ranged attacks with an ability to close gaps faster than you can blink.

This monster uses some advanced moves that can be significantly hard to dodge, since some of them don't even give a warning sign beforehand. You can find Apophis in Banges, which is the second region you'll visit during your endeavors. It's located in the northwestern section of the Banges Industrial Zone.

Where To Find Frost Bot 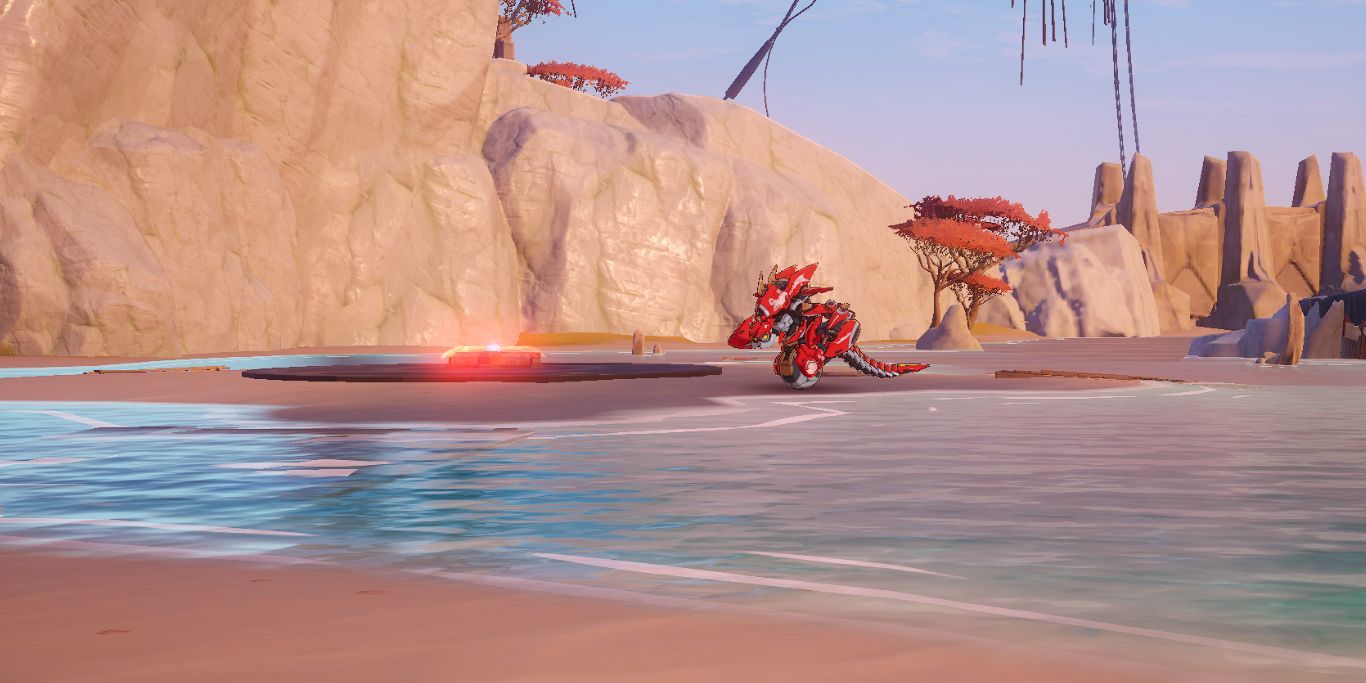 Being frozen is one of the most annoying things, no matter what video game you're playing. Frost Bot takes this to another level, as not only can it freeze you, but it can also one-shot you while you're frozen. This is a machine that has been sabotaged, and it has been murdering without remorse ever since.

Frost Bot can be found in the Navia region, the third main area in the game. Once you've reached Banges, you can easily make your way to this location, assuming you have enough radiation resistance. It can be found on the western side of Navia Bay.

Where To Find Sobek 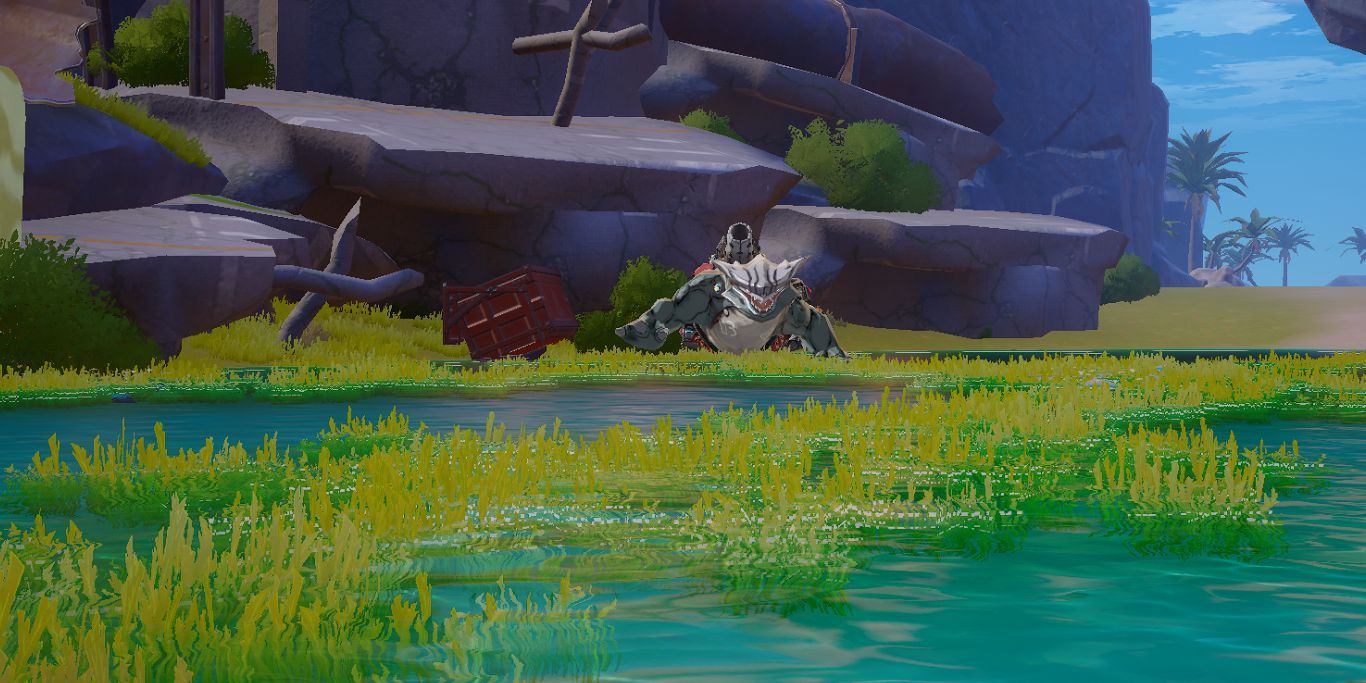 Humans are known to make unnecessary modifications to further their goals, but sometimes it leads to disasters like Sobek. This is a cyberized machine that can easily destroy you with the humongous turrets on its back. In the lore, it is claimed that Sobek outclasses every other firepower.

To find Sobek, you'll need to head over to the fourth region, Crowns. This area requires high radiation resistance, and it'll take you a lot of time and progression to reach here. Once you've done that, Sobek can be found in the waters on the western side of Area 4.

Where To Find Lucia 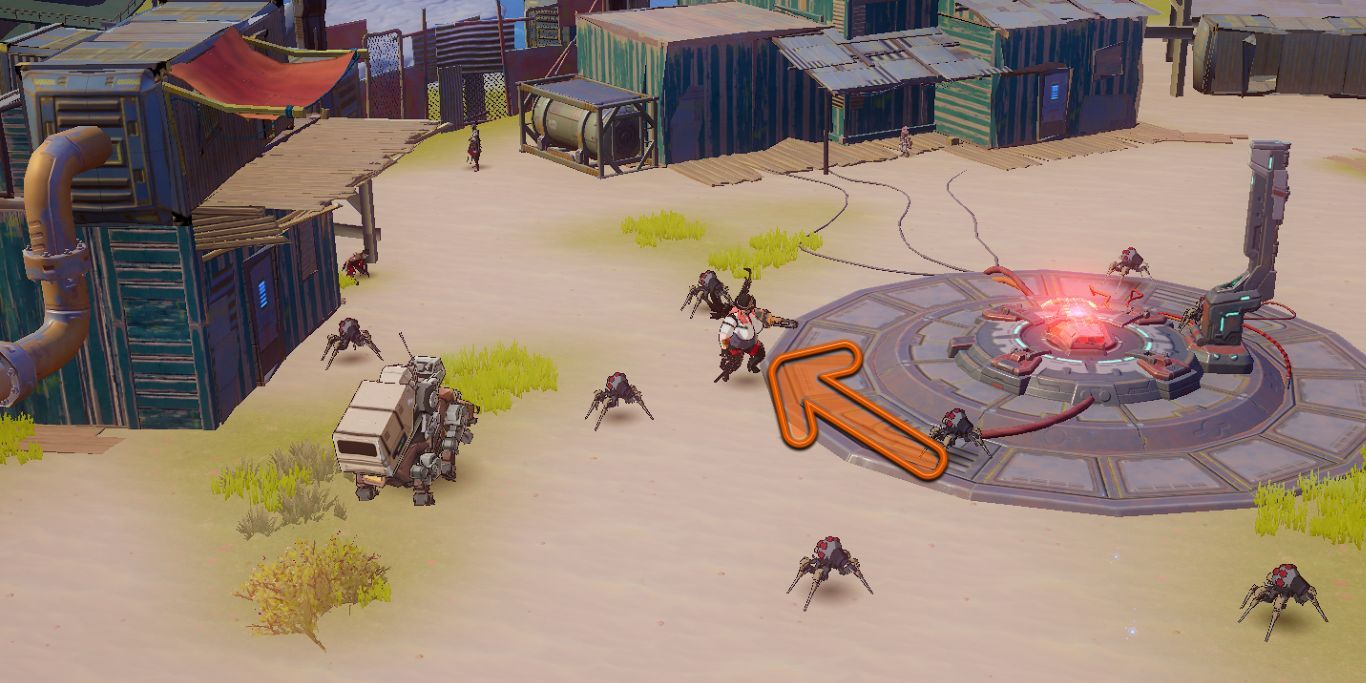 Lucia is the leader of the Hyenas, who are one of the most common enemies in the game. They call her the "Queen of the World", and that is enough to tell you how strong she is. You can face Lucia in the main story or the ruins sometimes, but it doesn't match her power as the world boss.

If you've decided to fight her, you'll need a lot of firepower, but she can be found in the Crown region as well. Lucia is located at the very southern edge of this region below Area 4. This boss doesn't have any Spacerifts nearby, so it can be quite a journey just to get to her.

Where To Find Barbarossa 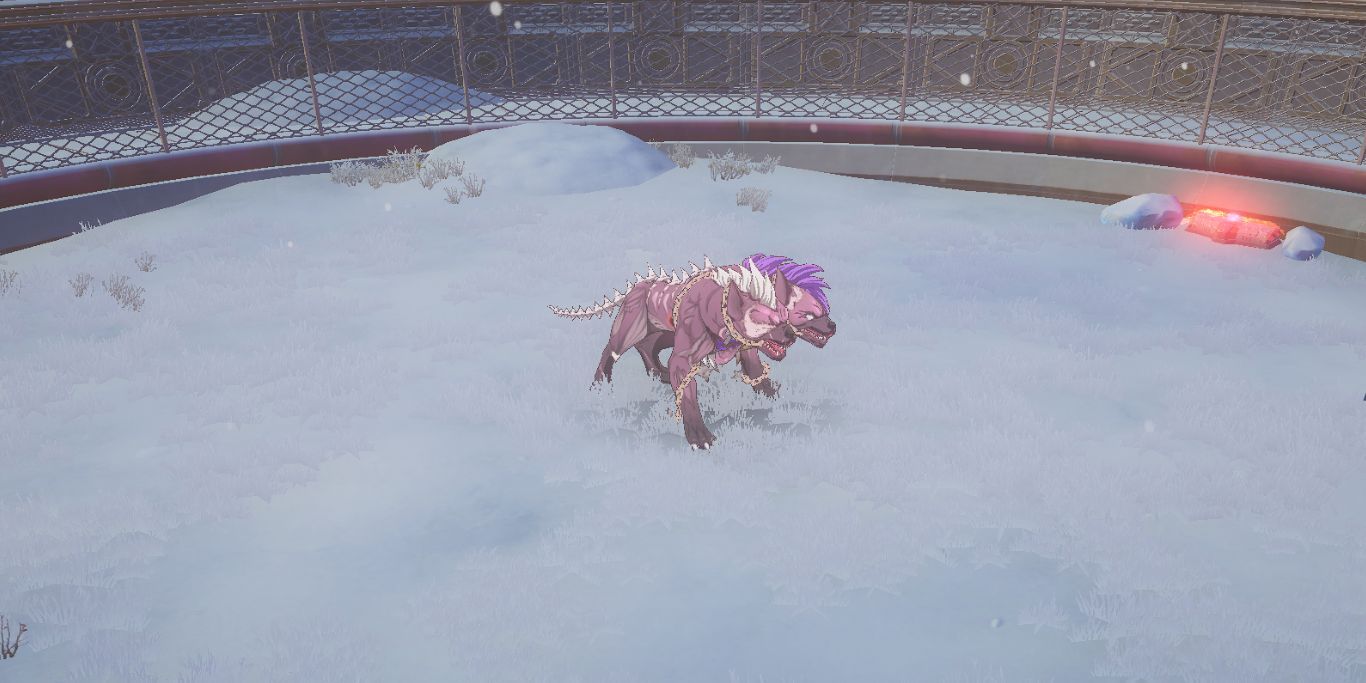 While world bosses are already hard to deal with, Barbarossa tops the difficulty ranking, making it even harder to defeat this boss. He has no remorse for humans, and is known as the gatekeeper of Dawn Frontier. This boss will show no mercy, and he will devour you with the two faces he has.

To find Barbarossa, you will need to go to the end of the map in the Warren region, which is the final one in Tower Of Fantasy. This boss is located in the northeastern region of Warren, and he stands in the middle of a snow pit, eagerly waiting for someone to challenge him. 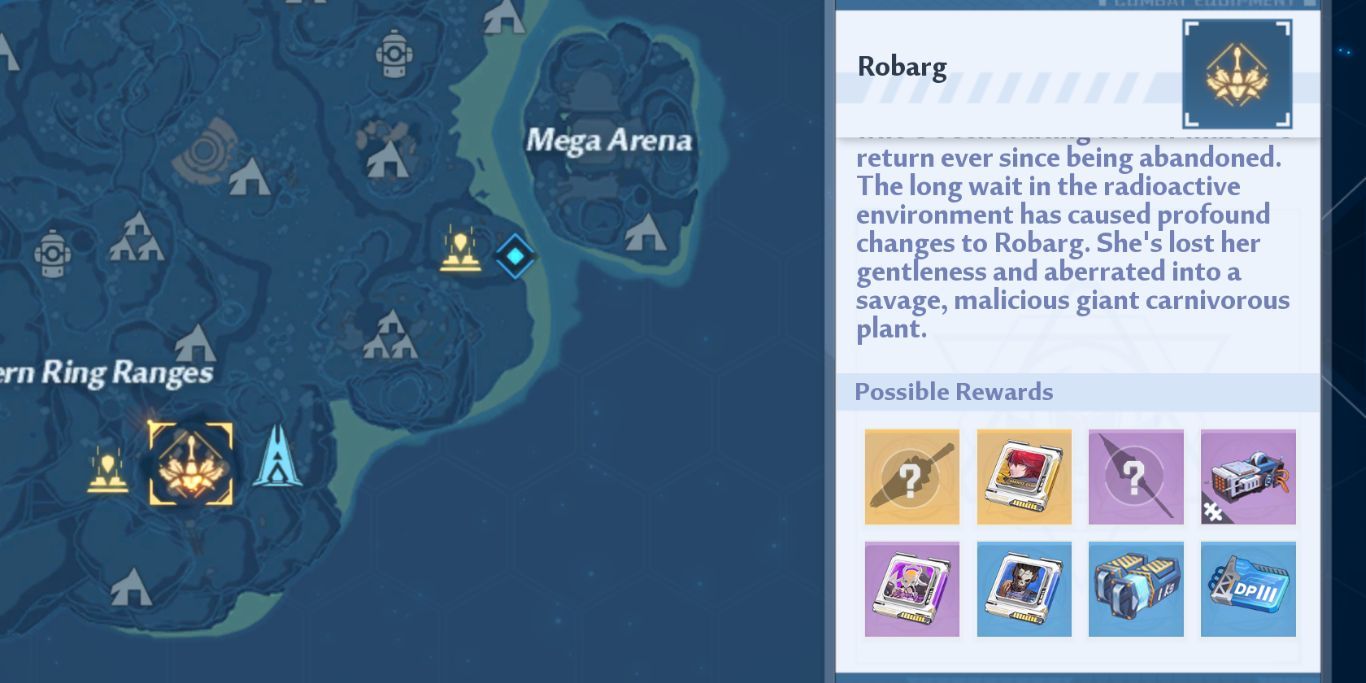 While these bosses are extremely hard to deal with, they have a plethora of rewards to reap afterward. The common reward on each of the bosses is the random SSR or SR weapon that you can acquire if you're extremely lucky.

Other than that, you also get a certain amount of random R Matrix chips, Weapon Batteries, and Matrix Data Packs. Apart from all of these, there are different rewards for each of the bosses as follows: 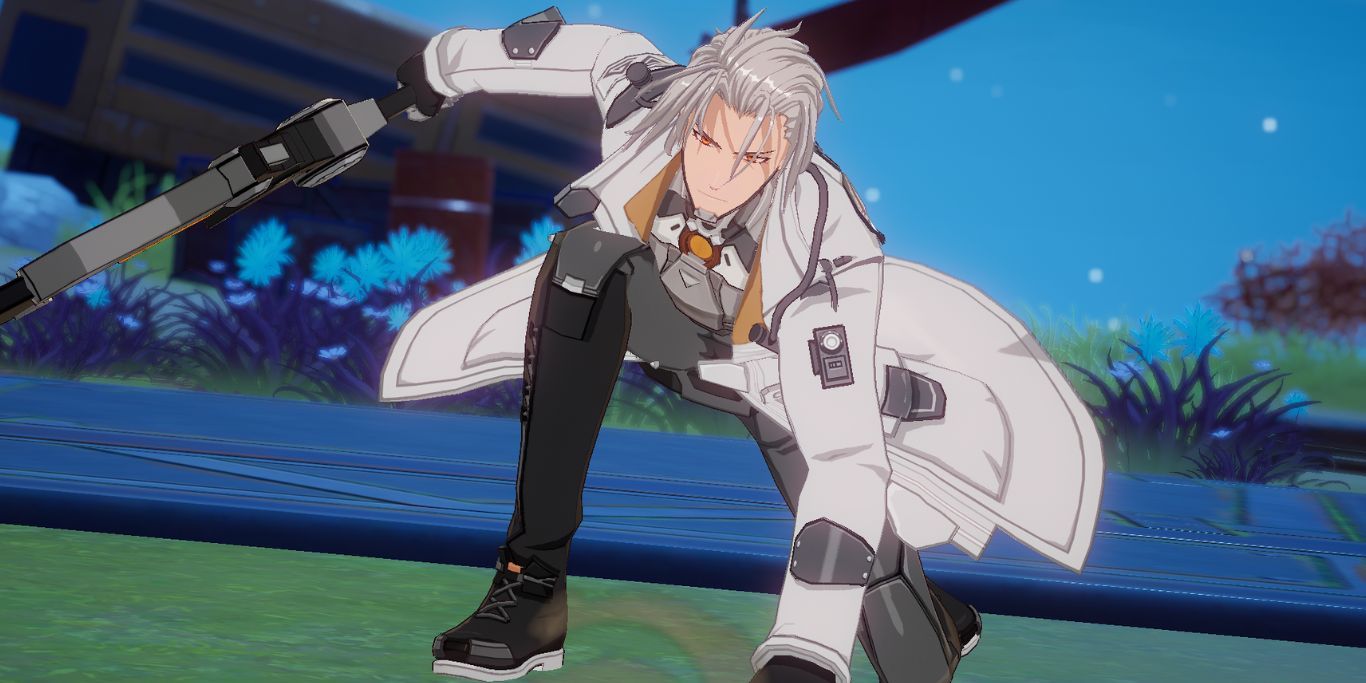 Defeating a world boss is a long and tedious process, and rightfully so since these are among the hardest open-world opponents in the game. Even so, here are a few tips that can make it much easier:

Pay Attention To Signs Of An Attack

If a boss is about to unleash an attack with high damage, there will usually be a warning tell beforehand. These are indicated by red shapes that slowly get filled up. For most of these attacks, you can press the dodge button at the right time to slow time down and fill your discharge bar instantly.

Some attacks don't have this indicator, but you can get used to the timings to dodge them as you fight a certain boss more and more.

Not all of these attacks with red shapes can be dodged. There's no way of knowing which can, except by trial and error.

Bosses Have Their Ultimates

The characters aren't the only beings in Tower of Fantasy with a special ultimate ability that looks cool and destroys everything. Every once in a while, you will notice a Maximum meter right below the boss' health bar. Once this bar is full, the boss will unleash their ultimate.

These abilities can range from AoE to ranged, and you'll learn them as you defeat the boss. The best strategy against these attacks is to run as far as you can from the boss, as soon as the meter is about to fill up, and put some obstacles in between you. This way the ranged attacks can't get to you.

Some world bosses have a clear weakness, like Robarg being vulnerable to fire attacks since it's a flower. Try to use an enemy's weakness against them, it will help you a lot when it comes to world bosses.

Tackle The Bosses With Other Players

This is probably the most important tip when it comes to fighting a world boss. Unless you're an absolute god, there's no way you can fight these alone. And even if you can, it will take long enough for it to not be worth it. Hence, it's recommended to fight alongside other players in the world.

If you don't find any players near the boss you require, head over to the world chat and message your channel number with the name of the boss you want to do. After a while, you will most likely see a few players converging at the boss' location, so you can start the fight.

Alternatively, you can find a message in the chat from someone else and head over to their channel. This comes with risks though — the player could simply be lying, and you might not even find the boss there. Channel teleportation has a 30-minute cooldown, meaning it could be wasted.