You've chosen the practical path — the path of reason. With Prince Roland surrendered, Triangle Strategy's story has taken a grim turn. Was this tense peace worth the decision? Well, that's the beauty of role-playing games. The answer is yes, no, or anywhere in between, depending on where one's own thoughts linger. Or maybe you're just trying to complete every route and this melodramatic paragraph means little to you. Honestly, fair.

Remember to make regular use of your Encampment. If you've not given it a glance yet in this chapter, you'll find that the merchant's got some new wares in stock including the first appearance of Quality-level materials. These are required to learn rank 2 weapon abilities. The silver you (hopefully) found in Chapter Seven, Part One's exploration phase can be put to good use now to unlock a rank 2 weapon. We recommend you use this first one on Serenoa, but there's no wrong answer.

We're back with another episode of the Mean Twins. Dogs are bad.

Falkes and his trusted subordinate admire some art and prepare for the worst.

As the chapter's plethora of scenes continues, Falkes agrees to parley with House Wolffort.

Side Story: Citadel of the Sands

At the Citadel, Sorsley Ende continues to scheme amid the chaos and confusion. 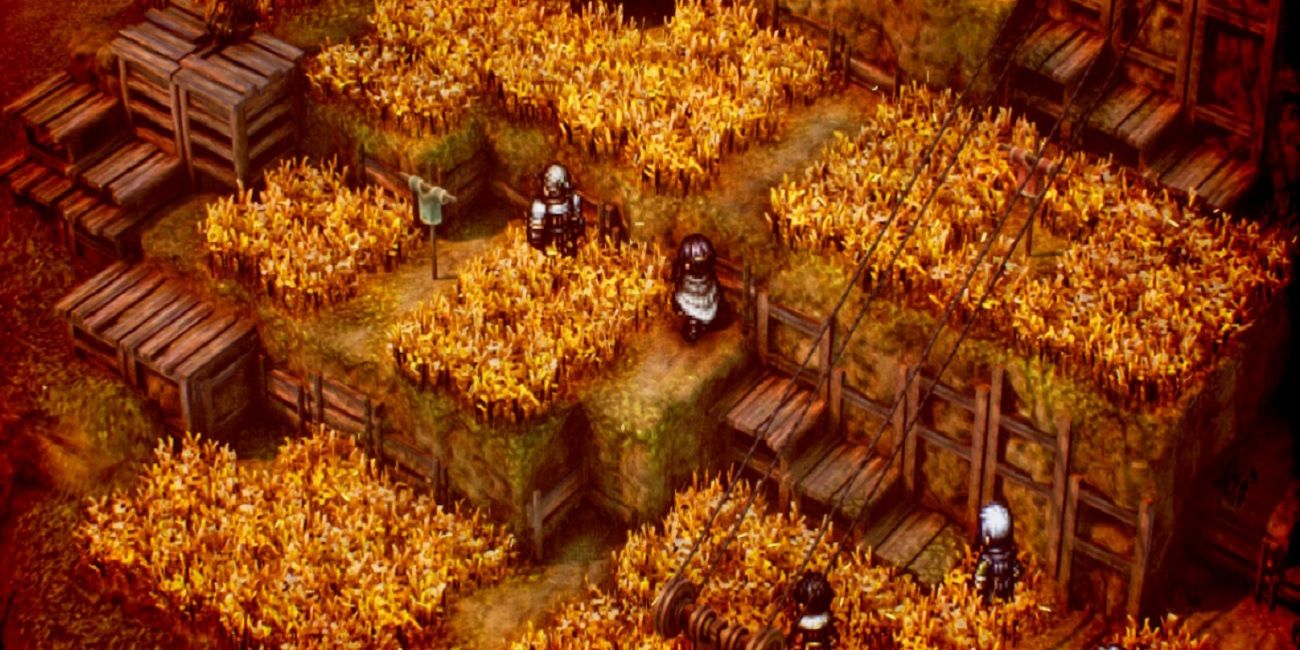 Serenoa's entourage arrives in the Falkes Demense, prompting the Lord of Wolffort to search his surroundings for a strategy with which to approach Landroi. Expect numerous Conviction boost opportunities as well as the chance to procure more items and useful information.

There are two lifts in town. The one on the left side of the map is working just fine, but the one on the right — near where Serenoa starts off — won't budge. The coming battle is easier with access to both lifts. Have a chat with the villager in a red tunic about midway up the hills beneath the working lift. A handful of scenes later, and he'll get the inoperative lift back in working shape. 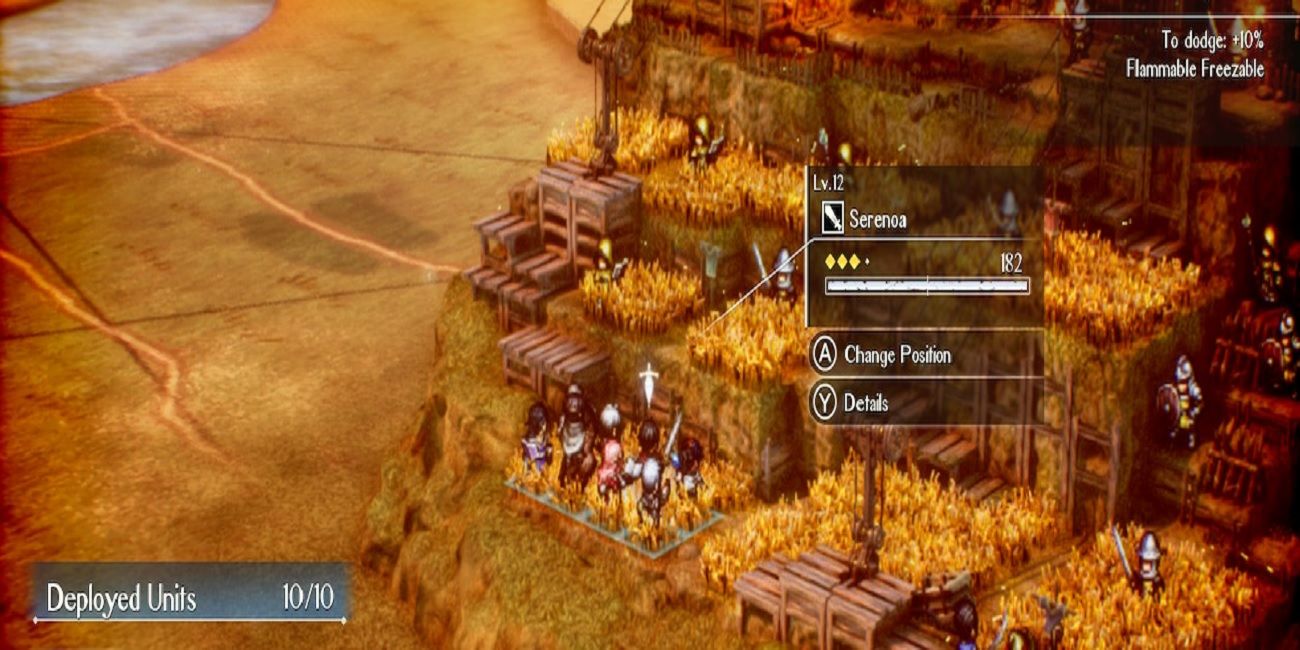 This is the very definition of an uphill battle. The lifts will help even the odds, but this is still going to be a tough one. Your desperate former allies are willing to do whatever it takes to stop Serenoa, including setting their fields ablaze. 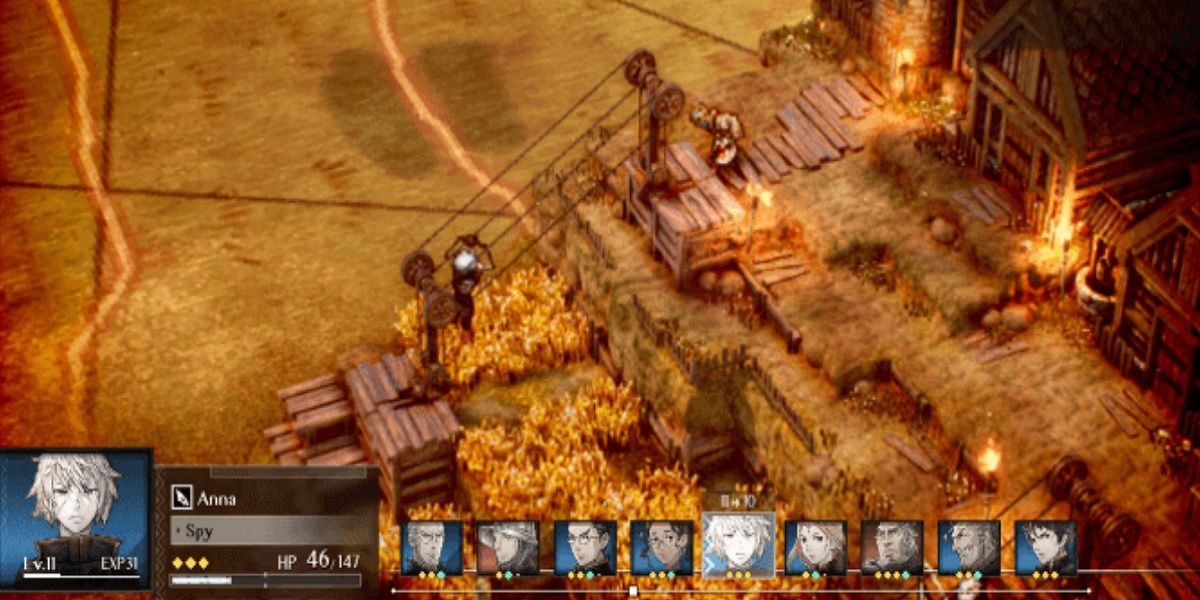 If you took the time to have the broken lift repaired, those two Shieldbearers and their Healer ally all lurking on the terraced steps won't have the opportunity to come smash your nearby units at the outset, which they absolutely will if allowed.

Instead, let's be the scheming dogs Landroi thinks we are. Have the bulk of your team advance to the fixed lift on turn two. (Don't let the first few strays head up there alone; the odds won't be in their favor.) Once everyone's up on higher ground, you've effectively eliminated Landroi's best gambit: raining fire arrows down from the high ground. 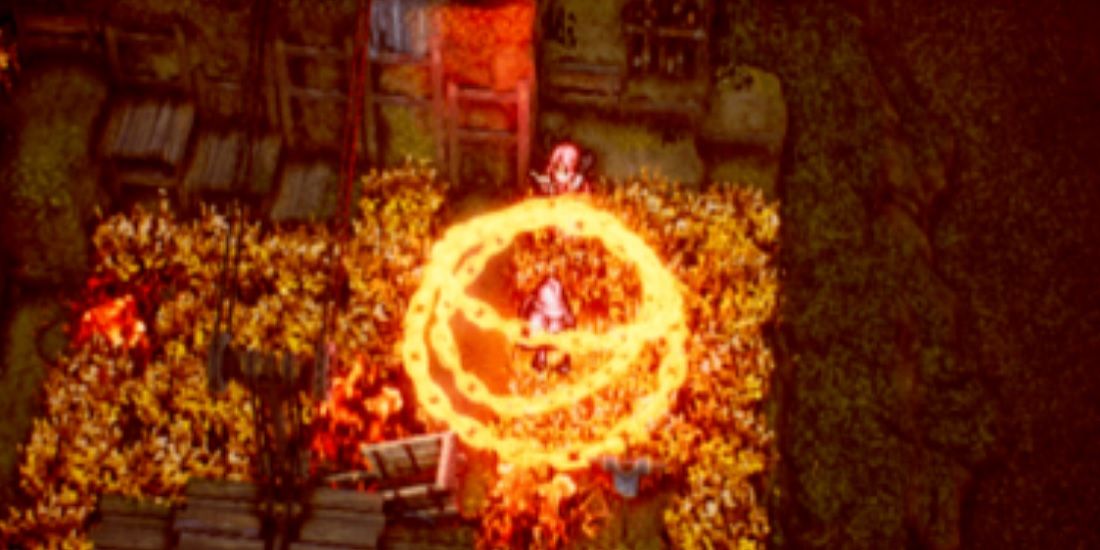 In terms of choice units, we're at the point now that certain recommendations come with an asterisk attached: you need to have unlocked their Character Stories in order to have them available. If you have, great. If you've not yet done so, don't worry. There are plenty of replacement options. Medina is one of these units. She can fling multiple elemental stones at your enemies. Once she's at the summit, give them a taste of their own medicine.

You'll also want gameplay mainstay Erador to help soak up Landroi's damage. If you recruited him by heading to Hyzante in Chapter Three, Corentin can use his ice magic, which many of these troops are weak against. Elemental stones will do the job, otherwise. Last but not least, Frederica can join in the festivities, burning the fields with your foes within them.

Finally, consider deploying a more even spread of units than the game's default. While it's true that you'll have everyone ascending the lift on round two, you still don't want a mere duo of allies hanging around here on round one.

Narratively, the victory is pyrrhic at best. Pat yourself on the back, anyway, because you're one tough step closer to beating the game.

As this lengthy chapter continues to weave between scenes, consider returning to the Encampment. You scored a nice purse of Coins at the Falkes Demense, and while you won't find anything new, you might have the cash to start seriously eyeing helpful accessories such as the Magic Ring and Strength Ring.

Most importantly, you'll have received a Silver and Medal of Bravery. This will afford you the opportunity to promote another unit to Veteran class.

Benedict and Erador spend a moment together in the cold (November) rain. 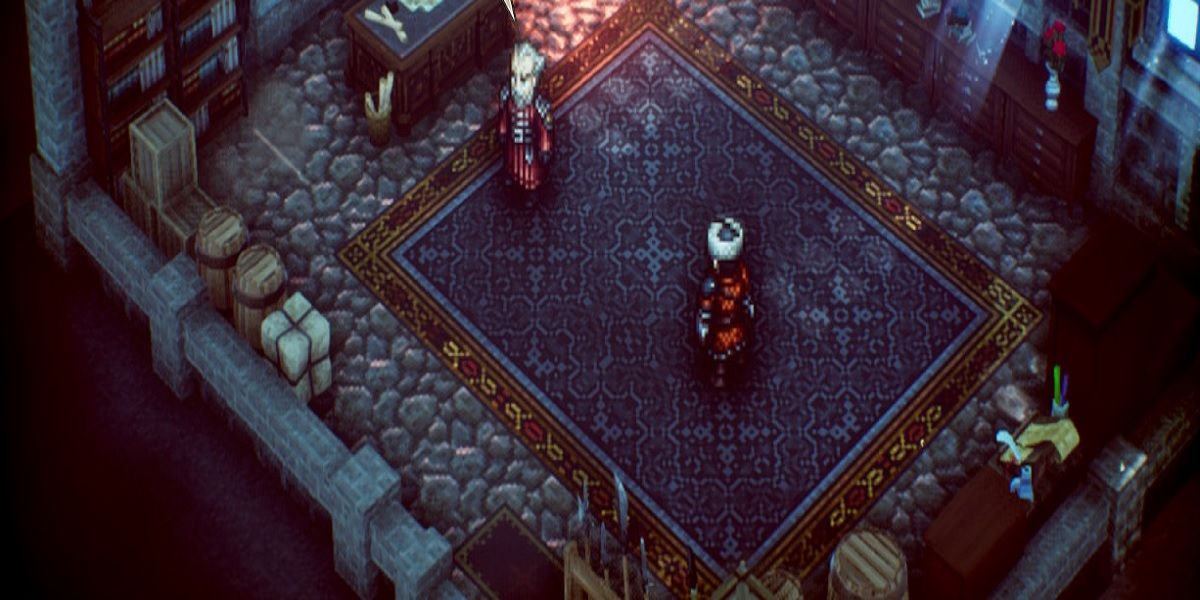 Svarog informs Syrcras of the coming of "fire and steel" up in bone-chilling Twinsgate. 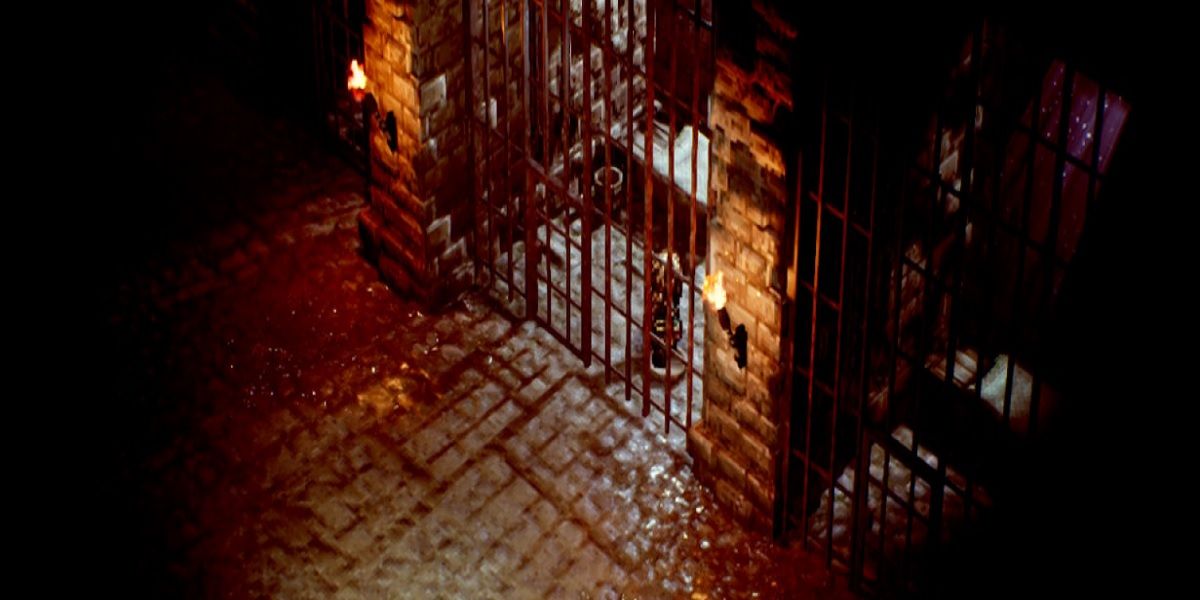