After the very tough battle you survived in the last chapter, you have a bit of a breather. The story of Triangle Strategy has been on fire for the past few chapters, and now you can rest easy with a short period of rest. You still have something to do though, and it's another vote.

This choice isn't as gigantic as when you voted to shelter Prince Roland from the Aesfrosti, but it's still a choice that will affect the next few story beats. Think it over and prepare to convince your allies.

The Saintly Seven of Hyzante have gathered to discuss the goings-on in Glenbrook and what their next steps should be.

Serenoa stands at his father's bedside, imploring him to wake up. Shortly, it's brought to his attention that Lord Silvio Telliore desires an audience. 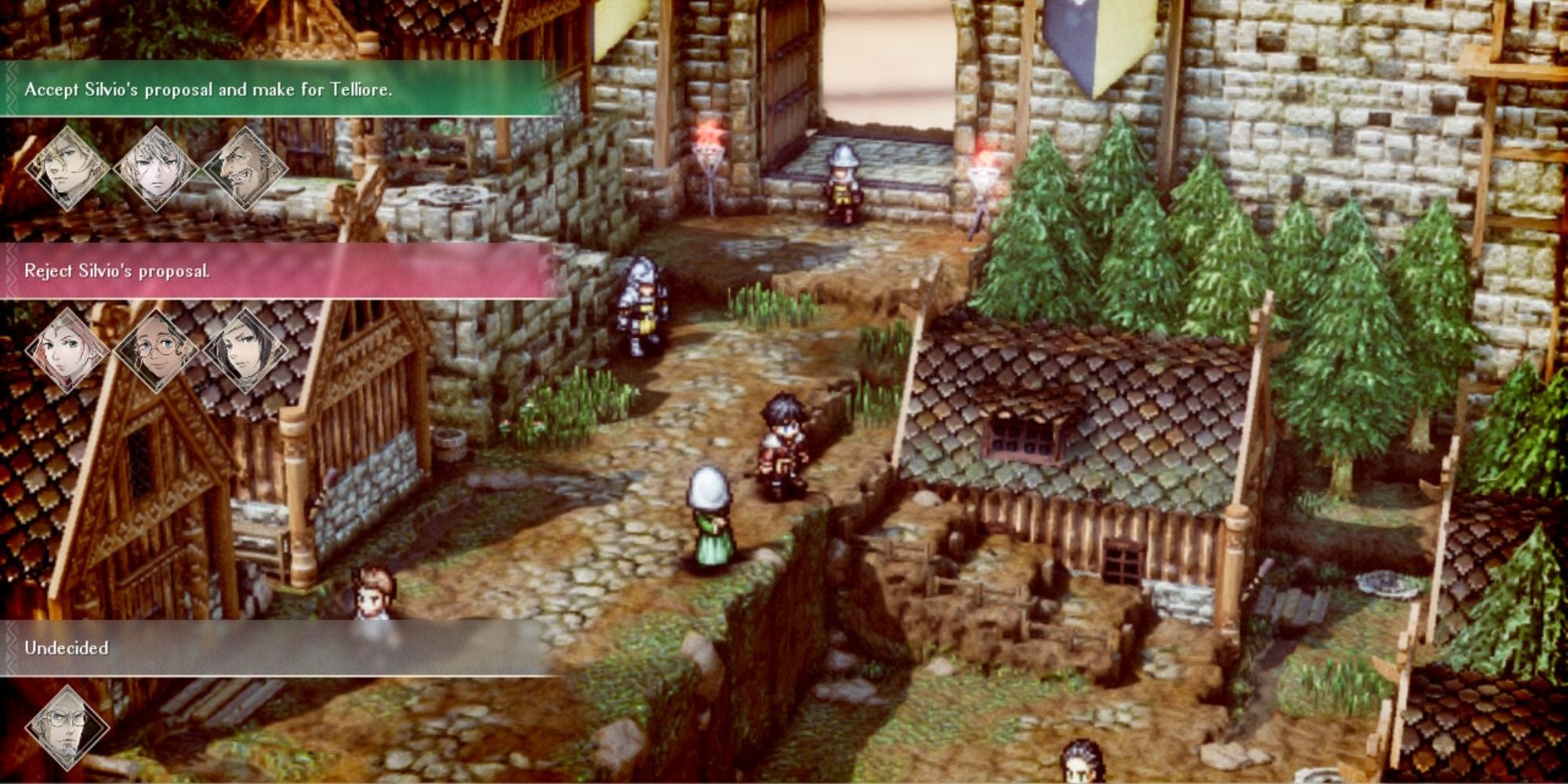 Lord Silvio has offered Serenoa a proposition: to join the three high houses of Glenbrook and fight back against Aesfrost. Serenoa decides that he must consult his allies and the Scales of Conviction. You know by now what this means: a voting event with some items and information to pick up!

The two options here are:

Before trying to persuade your allies to go along with your choice, talk to the Concierge and explore the streets of Wolffort to get some nice loot and crucial info.

With all items picked up and information gathered, you can start persuading your allies.

While you only need to convince Benedict for a majority, you'll get more Conviction points if you try to convince everyone you can.

How To Persuade People To Accept Silvio's Proposal

Roland, Anna, and Erador are already in favor of heading to Telliore's demesne to ally with him. This means you really only have to persuade Benedict if you want to head that way.

This option is considered a Morality choice, so you'll have better chances if you have a higher Morality Conviction.

How To Persuade People To Reject Silvio's Proposal

As Frederica, Geela, and Hughette are already convinced that this is the proper course of action, you only need to convince Benedict to get a majority.

This option is a Liberty choice, so you'll want a high Liberty score for the best chances.

Once you have made your choice, it will take effect immediately. Onwards!