Turnip Boy Commits Tax Evasion contains the main questline, offering you several puzzles to solve and difficult enemies to defeat. Your journey will conclude with the battle and defeat of the final boss, the Corrupt Onion; or so you may think.

After this conclusion of the main story, players can follow specific steps to obtain the secret, or true, ending of this adventure. Including an additional, secret boss fight, follow the steps provided to get the secret ending to Turnip Boy Commits Tax Evasion and fight the secret boss battle against the God Onion.

Find And Tear Up All Documents 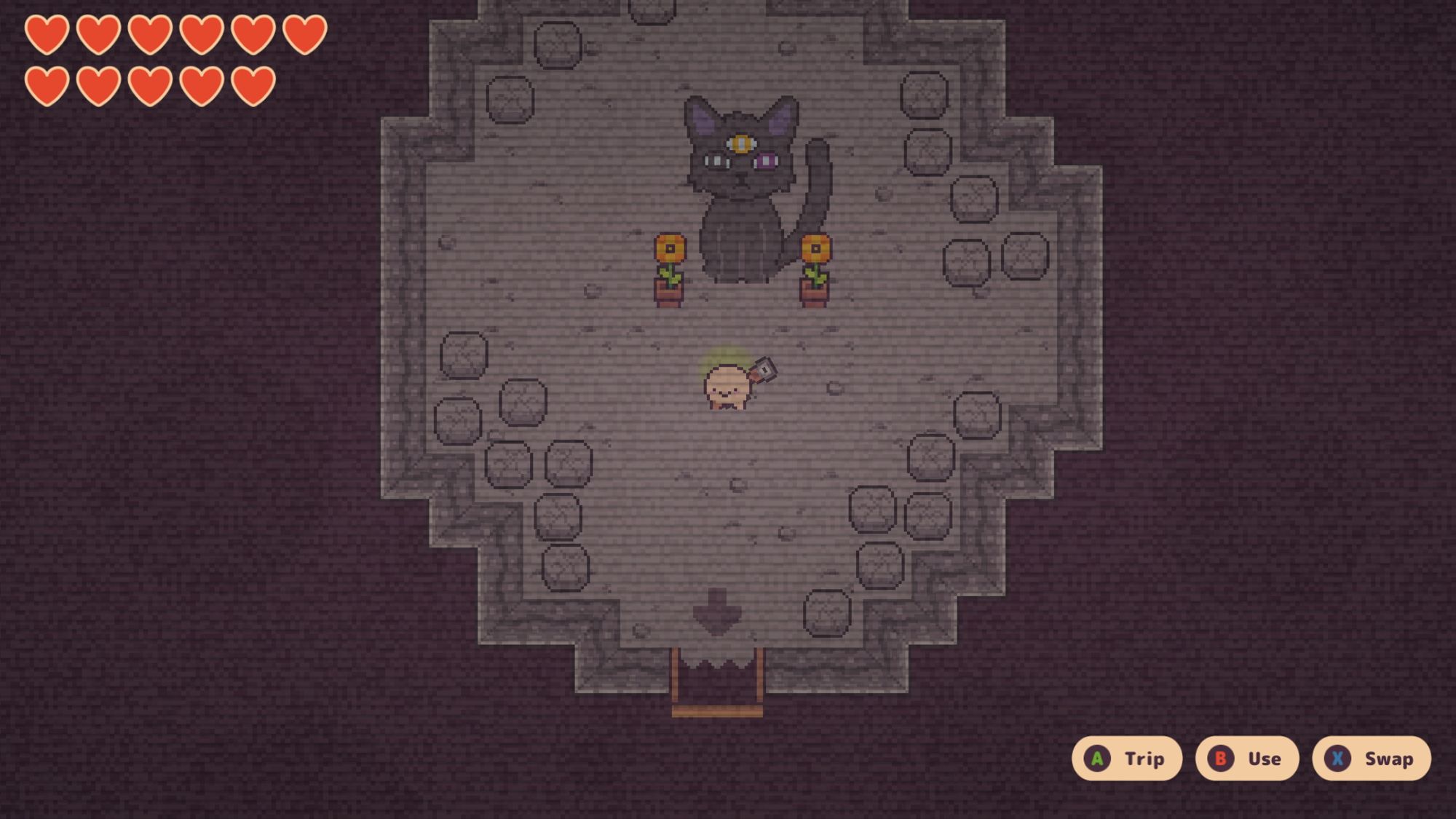 To unlock the secret ending, you will need to find and tear up all Documents in the game. There are 24 collectible Documents scattered throughout the game; some are found in the open world while others require you to complete particular side quests available.

Once you have defeated the regular final boss, the Crumbling Cavern will now be available to you (found in the Rocky Ramp, previously blocked off by an orange dog). Inside this area, you can speak with the Cavern Cat, an NPC that will give you hints on where to find any collectibles that you are missing; proving to be extremely helpful when attempting to unlock the secret ending.

You will know that you have acquired every collectible when there is a Heart Fruit found where the Cavern Cat once was.

Return To The Mysterious Mafia Base 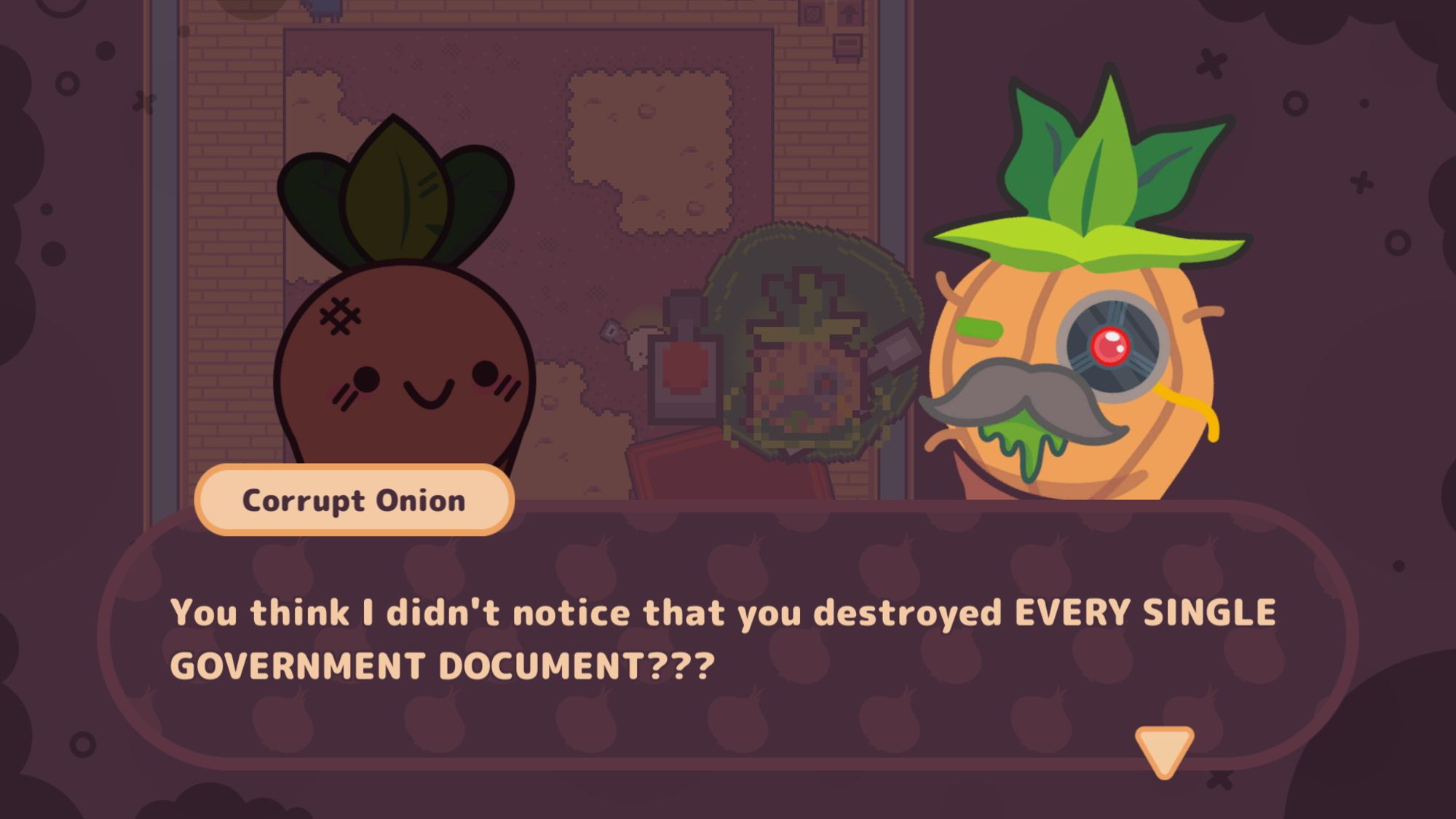 Once you have torn up all Documents, return to the Mysterious Mafia Base using the secret entrance in Veggieville (found in the back of the tree behind the Lemon NPC). The area won't have any enemies and all puzzles that you solved previously will still be complete, so this will not be difficult.

You will have to defeat the Corrupt Onion once again, proving to be identical to previous encounters with this boss. When defeated, the boss will produce an alternate voice line regarding the Documents that you destroyed, confirming that you have met all the requirements to unlock the secret ending. This will lead to a cut scene and the reveal of the secret boss, the God Onion. 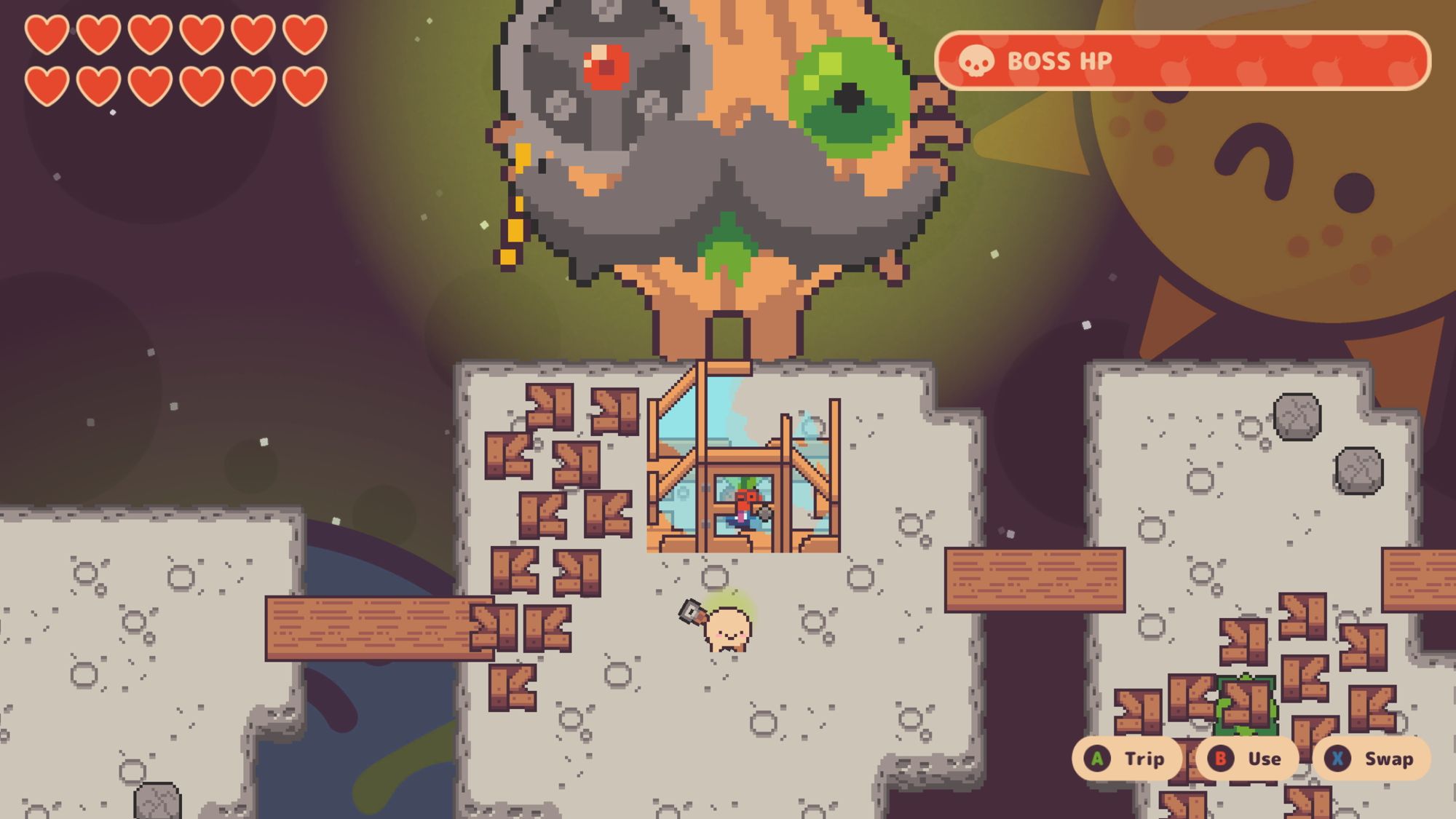 The boss fight against the God Onion is different from those that you have previously encountered in this game. To defeat this enemy, you will need to kick the bombs from Boom Bloom plants into the three different I.R.S. Agents located in the area; each taking away a third of the God Onion's health.

The first can be found to the right of where you initially spawn in, easily accessible in plain sight. From here, follow the path below, taking down several barriers using Boom Blooms and fire provided. This will eventually lead you to where you first started this encounter, but now you can access the area to the left using a nearby fire plant. Continue in this direction, and you will soon encounter the second I.R.S. Agent. Now return to the starting area, revealing the third and final I.R.S. Agent who was previously stuck behind rubble. Kick the Boom Bloom plant directly below them to take out the final portion of the God Onion's health.

This will conclude the secret boss fight, presenting you with the closing credits and 100 percent completion for this title.