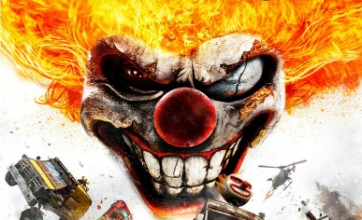 David Jaffe claims that two major new PlayStation games could be revealed at this week’s showcase, with one more potentially coming later.

While there are plenty of PlayStation 5 games that have been announced but simply lack details (in particular the God Of War sequel), you can probably expect at least a couple of brand new game reveals. And according to one rumour, one such announcement could be very big one indeed.

David Jaffe, best known for directing the Twisted Metal series and the first two God Of War games for the PlayStation 2, took to Twitter over the weekend to tease an announcement.

He didn’t provide any real hints as to what it is, though, and he even admits that it may not necessarily happen this week. All he says is that ‘people are gonna lose their f***ing minds’ when it happens.

In a follow-up video on YouTube, explicitly titled ‘PlayStation Showcase- KEEP YOUR EXPECTATIONS IN CHECK,’ he sought to further clarify his original statement after it started doing the rounds online.

Firstly, he is confident that there will be two major announcements during the showcase, but he won’t say what those two games are.

‘There are two titles that will be shown Thursday’, he said. ‘Both of those titles reflect the big Sony that a lot of people love and champion about Sony first party.’

However, these games apparently have nothing to do with his initial tweet. What that tweet is referring to is another project that somebody, who Jaffe says is more in the know than he is, texted him about. However, he has no idea if that project will be announced at the showcase or at a later date.

He also adds that the it will blow peoples’ minds, although he does allude to past rumours of a new Silent Hill or Metal Gear. Considering he namedrops those franchises, after spending the whole video being as secretive as possible, the announcements he’s teasing probably have nothing to do with those franchises.

Jaffe left Sony in 2007, but given previous comments he still obviously has contacts at the company. Earlier this year, Jaffe even claimed that people at Sony had told him that there are plans for a Sony alternative to Microsoft’s Game Pass service.

However, Jaffe does have a tendency towards hyperbole and what he considers mind-blowing is not necessarily how others would describe something, although his description does imply to new big budget titles.

One immediate assumption is that one of the projects has something to do with the Twisted Metal series, which hasn’t had a new entry since the 2012 game. There were rumours of it being turned into a TV series, but nothing has come out of that yet.

This seems extremely unlikely, however, since Sony already has Destruction AllStars on the PlayStation 5, another multiplayer focused vehicular combat game which only released in February and is still receiving content updates. Plus, Jaffe isn’t claiming that he’s worked on any of the projects he’s hinting at.

The PlayStation Showcase is scheduled for September 9 at 9pm BST.