While any Viking can take to the ocean in a sea-faring vessel, only the properly prepared will have the best chance at returning to land. To conquer the open seas of Valheim, you’ll need to understand the different boats and what they are capable of.

The easiest boat to craft is the Raft. The recipe will be unlocked upon constructing your first Workbench. It is made with 20 Wood, 6 Leather Scraps, and 6 Resin. To build it, put down a Workbench near water, then use your Hammer and select the Raft from the Miscellaneous tab of your crafting menu. With the ingredients in your inventory, you’ll be able to place the boat over the water. 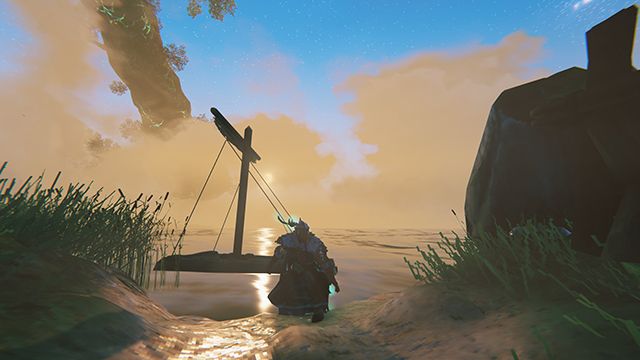 Taking to the open sea in the raft, while possible, is not recommended. It is better suited for exploring the coastline of the starting island because of its lack of durability, maneuverability, and storage.

Once you’ve unlocked Bronze you’ll be able to craft Bronze Nails. Doing so will unlock the recipe for the next boat, the Karve, which can be crafted from 30 Fine Wood, 10 Deer Hide, 20 Resin, and 80 Bronze Nails. You’ll need, at minimum, a Bronze Axe to harvest the Fine Wood from Birch trees. For more information on finding the necessary resources to craft the weapon, be sure to check out these guides on finding Tin and Copper. 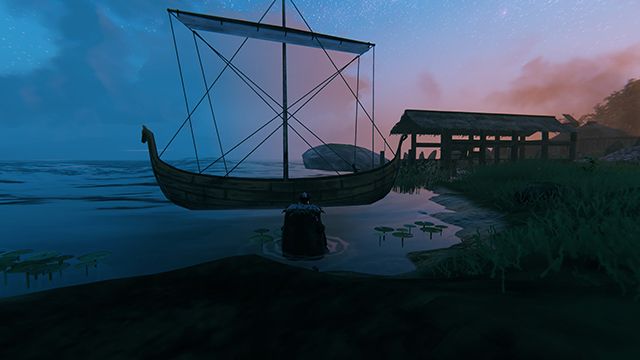 The Karve is much faster than the Raft and has four slots of storage space that can be utilized for bringing ore and other valuables back from your expeditions. This is the first boat that can outrun a Sea Serpent, which is one of the most dangerous challenges intrepid ocean explorers will inevitably encounter. While captaining a Karve, Vikings should feel relatively at ease braving the violent waves and fierce creatures of the Valheim seas, but there is an even better option.

The largest and most capable vessel by far is the Longboat. This ship recipe is unlocked when you first craft Iron Nails from an Iron ingot. The crafting ingredients for constructing the Longboat are 100 Iron Nails, 10 Deer Hide, 40 Fine Wood, and 40 Ancient Bark. The bark can be collected by hitting Ancient Trees in the Swamp with a Bronze Axe, or from the chests in the depths of Sunken Crypts which become accessible after defeating the game’s second boss, The Elder.

This ship gives aspiring captains everything they need to become true masters of the open water. It has a storage hold with 18 slots, expanded seating, ladders on both sides leading up from the water, and is the fastest ship currently in the game. With the Longship at your disposal, nowhere in the game is out of your reach and you will be able to safely explore the open water without fear.

For all boats, make sure to follow these important tips:

When leaving the shore at the rudder of any ship, take note of the direction of the wind on the circular indicator just below your mini-map on the right side of the screen. You will see a black gap in the circle which indicates your “dead-zone”. Heading into the dead-zone with your sail down is highly ineffective so if you need to move in that direction, lower the ship’s sails.

Sea Serpents can do a lot of damage to slow-moving vessels. If you aren’t up for a fight, turn the boat so that the wind is behind you and run. With any boat other than the Raft you should be able to get away. If you do want a fight, bring a harpoon! Harpoons can be used to keep the Serpent from running away or even drag them onto land. These are crafted from the Chitin of Abyssal Barnacles on the backs of Leviathans, and can be mined with any pickaxe. Look for what appear to be small islands in deep water, but be prepared to get back to the boat once you’ve woken them up. 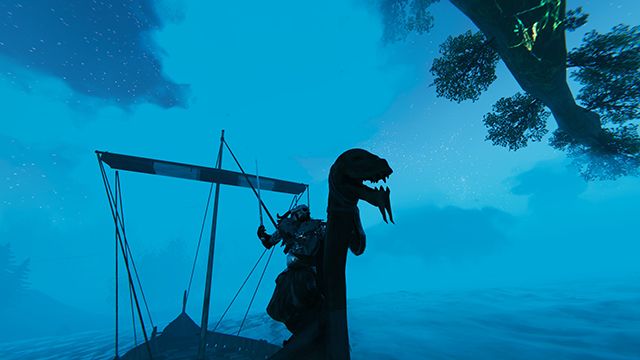 Coordinate your voyages with the weather. Exploring new lands at night with a thick fog surrounding you is not going to be nearly as rewarding as doing so on a clear day. It can also be more difficult to avoid rocks and sandbars that can potentially beach your boat. In the rudder position, players can zoom out a considerable distance – take advantage of this for navigation.

Finally, the edge of the world awaits! The boldest Vikings will venture forth to find out what lies beyond the map’s boundary. I won’t spoil it for you, but I will warn you to do so with caution. Odin smiles upon the brave, but Valhalla has no room for fools! 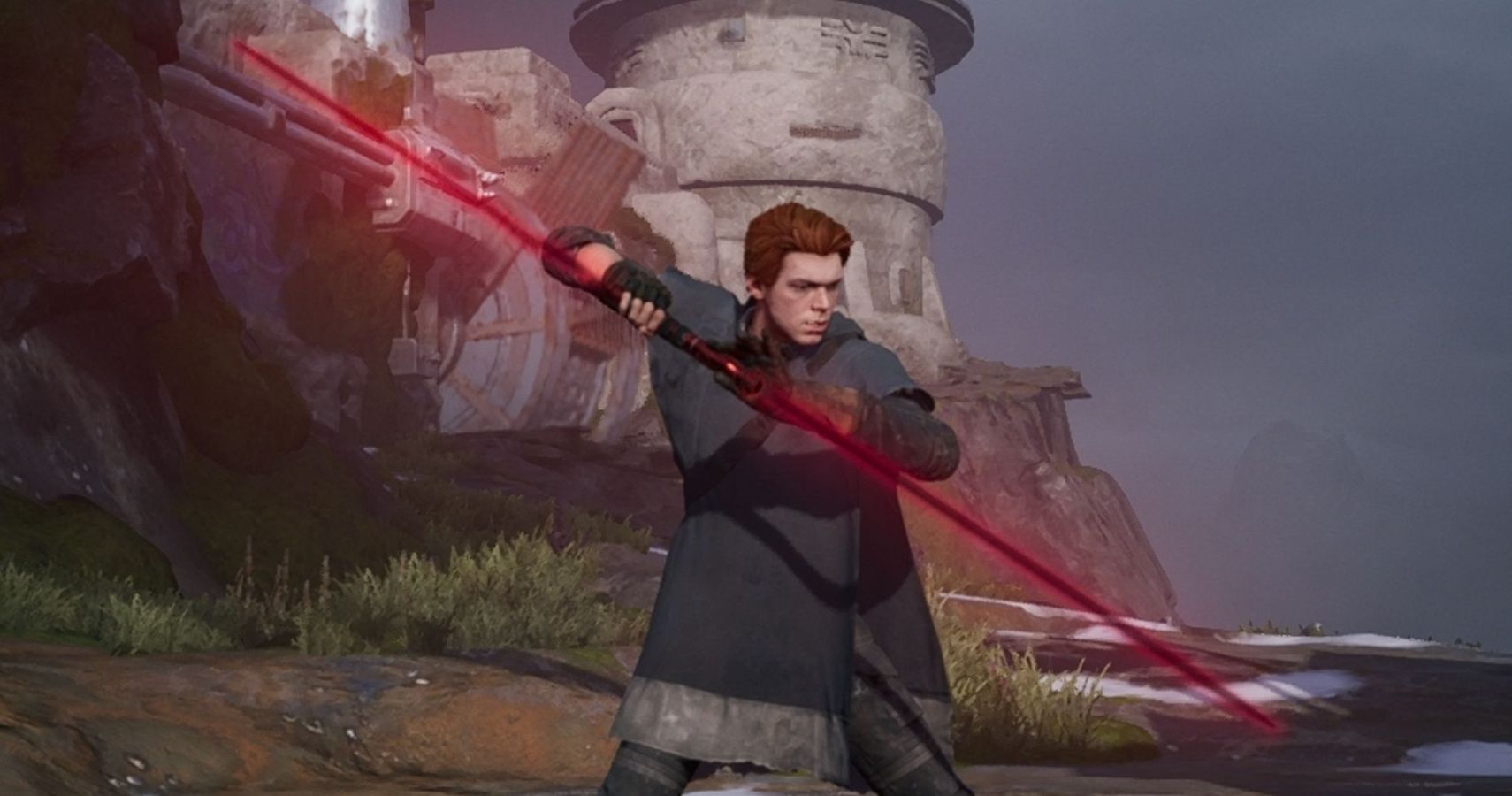