Pops – that is, your people – aren't static entities in Victoria 3. They have wants, needs, and visions of their own – sometimes, this will force them to move about, either within your borders or further afield, if they feel the need.

Migration is the term that Victoria 3 uses for the movement of Pops within the same market – note that in the case of overlords and vassals, and customs unions, this may be between different countries. Pops will want to migrate if their Standards of Living are too low, and can be restricted and affected by infrastructure and laws. 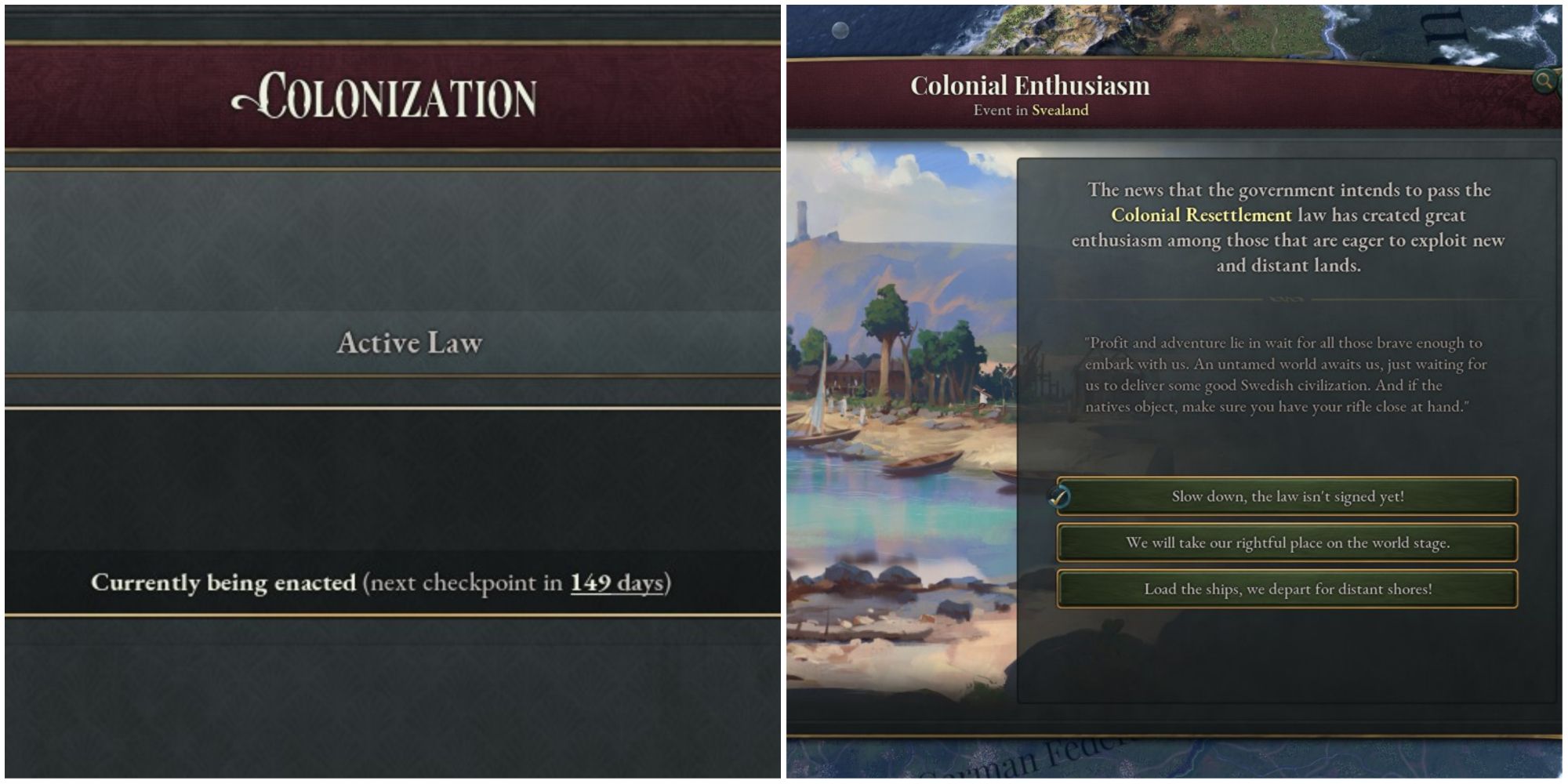 How able your Pops are to migrate is dictated by your laws. You'll find Migration Laws under the Human Rights header in the laws menu, and there are three options to choose from: 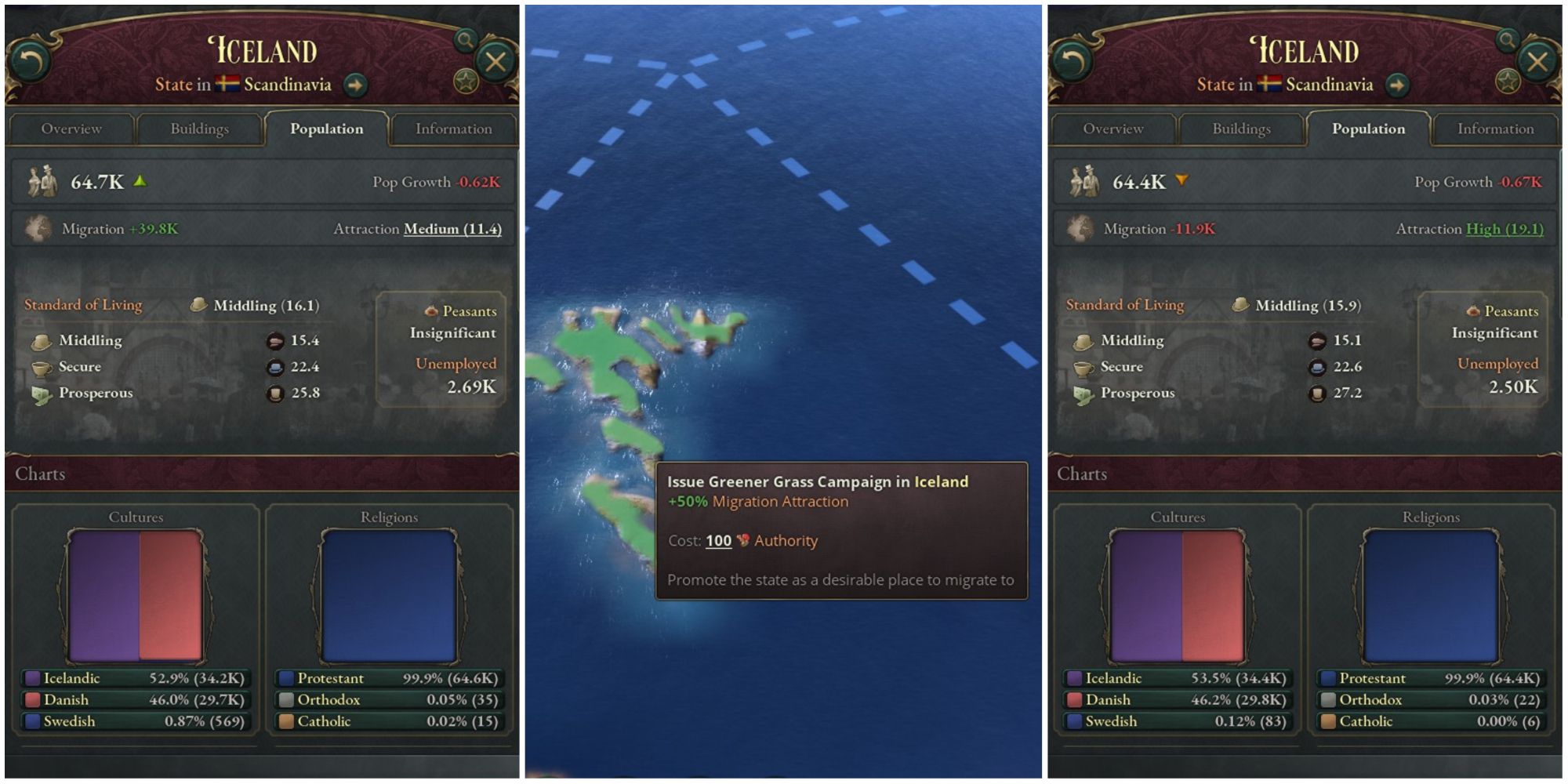 There are some things that will severely reduce Migration Attraction, though they are less permanent than Standard of Living: 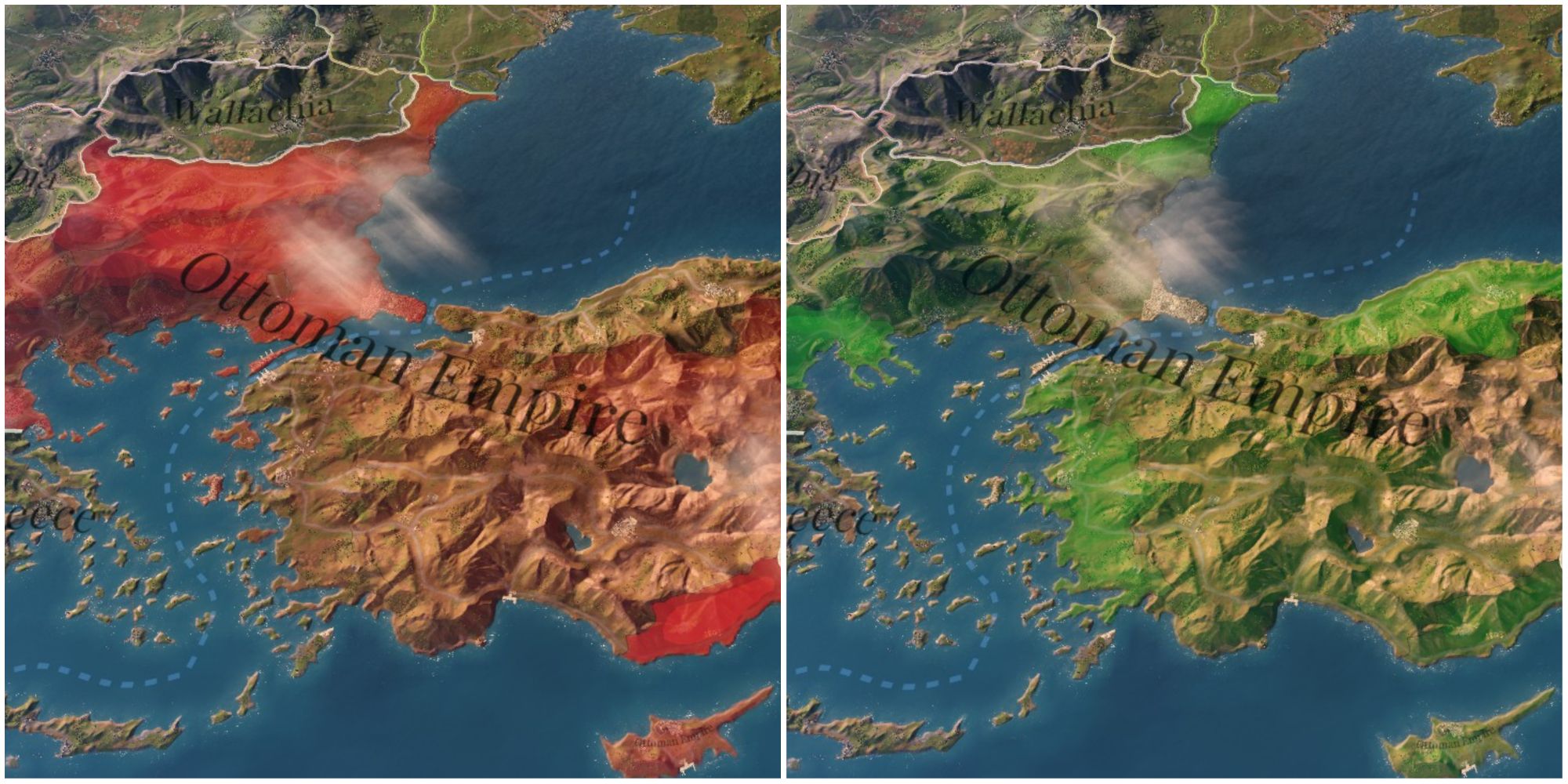 While migration occurs within a market, emigration means Pops are leaving a country, taking their money and working power with them. Emigration only occurs due to Cultural Turmoil.

Cultural Turmoil is generated by Pops of a certain culture who are displeased with the country they live in. It is a global measure that tracks the Turmoil of every single Pop of that culture, not just the Pops within a certain nation.

If the global Cultural Turmoil of a culture is high enough, the game may select a Migration Target for that culture, and Pops of that culture will start mass-migrating to that area from all over the world, if applicable.

There is not much you can do to prevent Cultural Turmoil and emigration, as the most likely candidates for emigration are cultures spread out over many countries, and you have little to no input in the Turmoil levels in other countries.