Of the five Reapers in Warhammer 40,000: Chaos Gate – Daemonhunters, Munificus The Undying ranks as one of the most challenging. His title, The Undying, is incredibly accurate to his actual portrayal in-game, and taking him it will take a lot more than just guns, swords, and grenades.

If Malathian has health, and Cruciatus has Armor, then Munificus has regeneration. If you go into this fight expecting a regular scrap, you will lose. Munificus cannot be felled by normal means, and even attempting to brute force him will result in a slow yet inevitable death. Throw in a bunch of Bloomspawn, and things get even trickier. 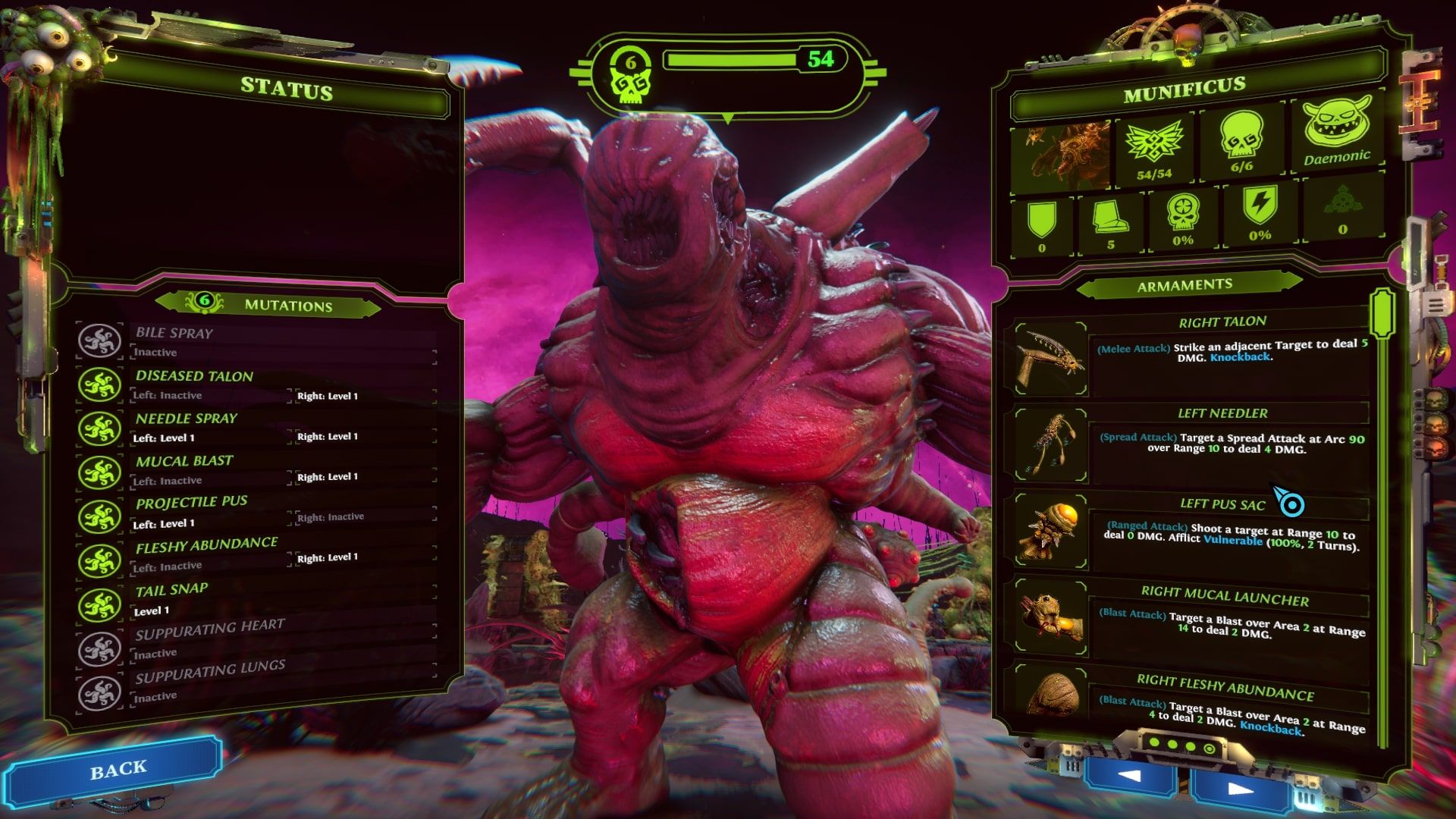 Munificus doesn’t look too imposing. It lacks armor, its health isn’t fantastic, and it doesn’t have anything else to improve its durability. Not on the surface at least.

Munificus has a Stun stat, which is unusual for a boss, implying he is less durable than the enemies you’ve fought before. Once you look under the hood, however, this turns out to be false. 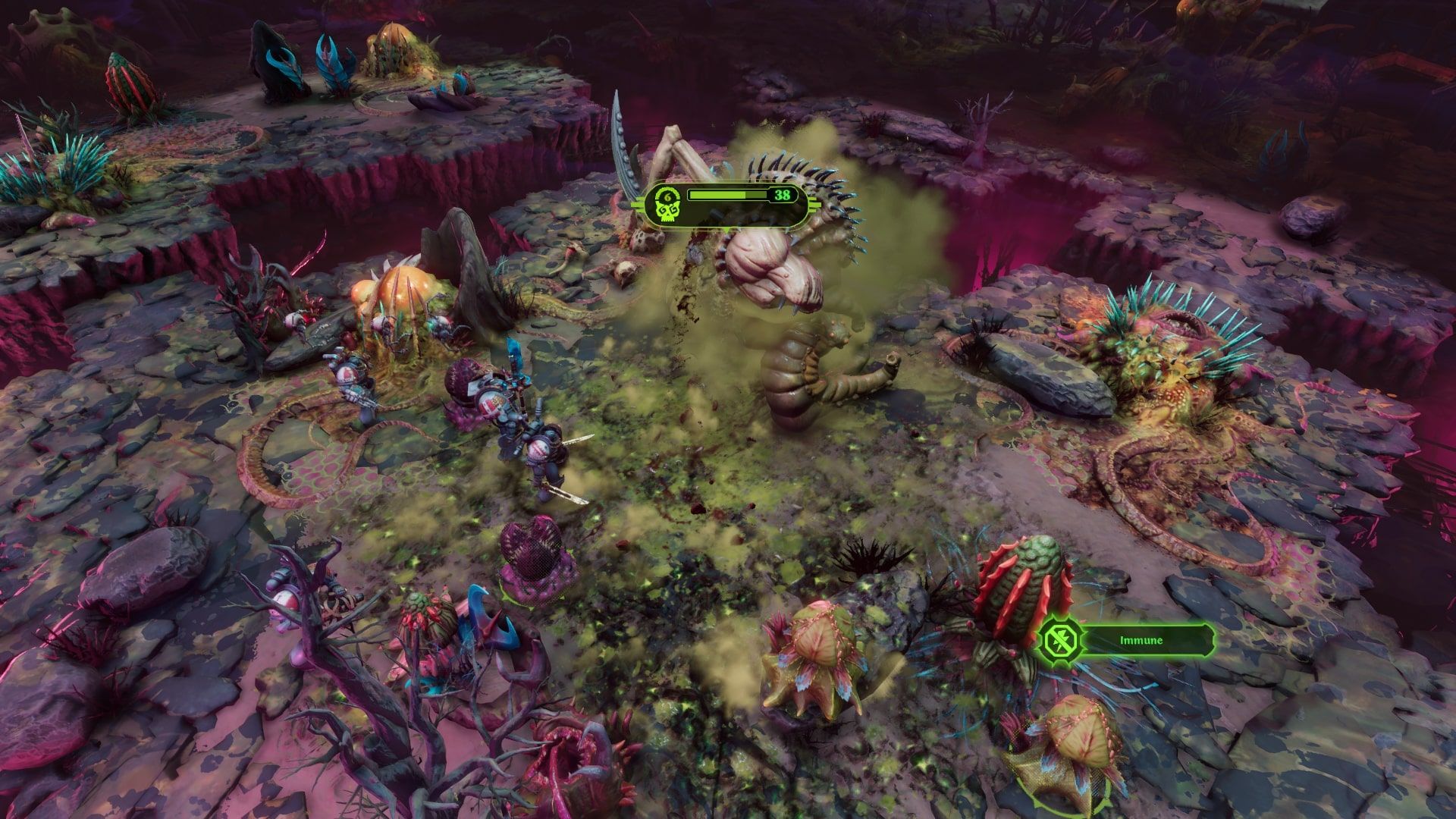 Munificus is a Chaos Spawn, and as a result, his entire genetic makeup is unstable. Mutations cover Munificus’s warped body, and each of them is a potent weapon.

Munificus has an attack for just about any situation, but none of its attacks deal much damage. The only real exception to this is the Right Talon and Left Needler – both of which can put pressure on your squad. Other than that, his attacks tend to focus on keeping you away whilst dealing low AOE damage. 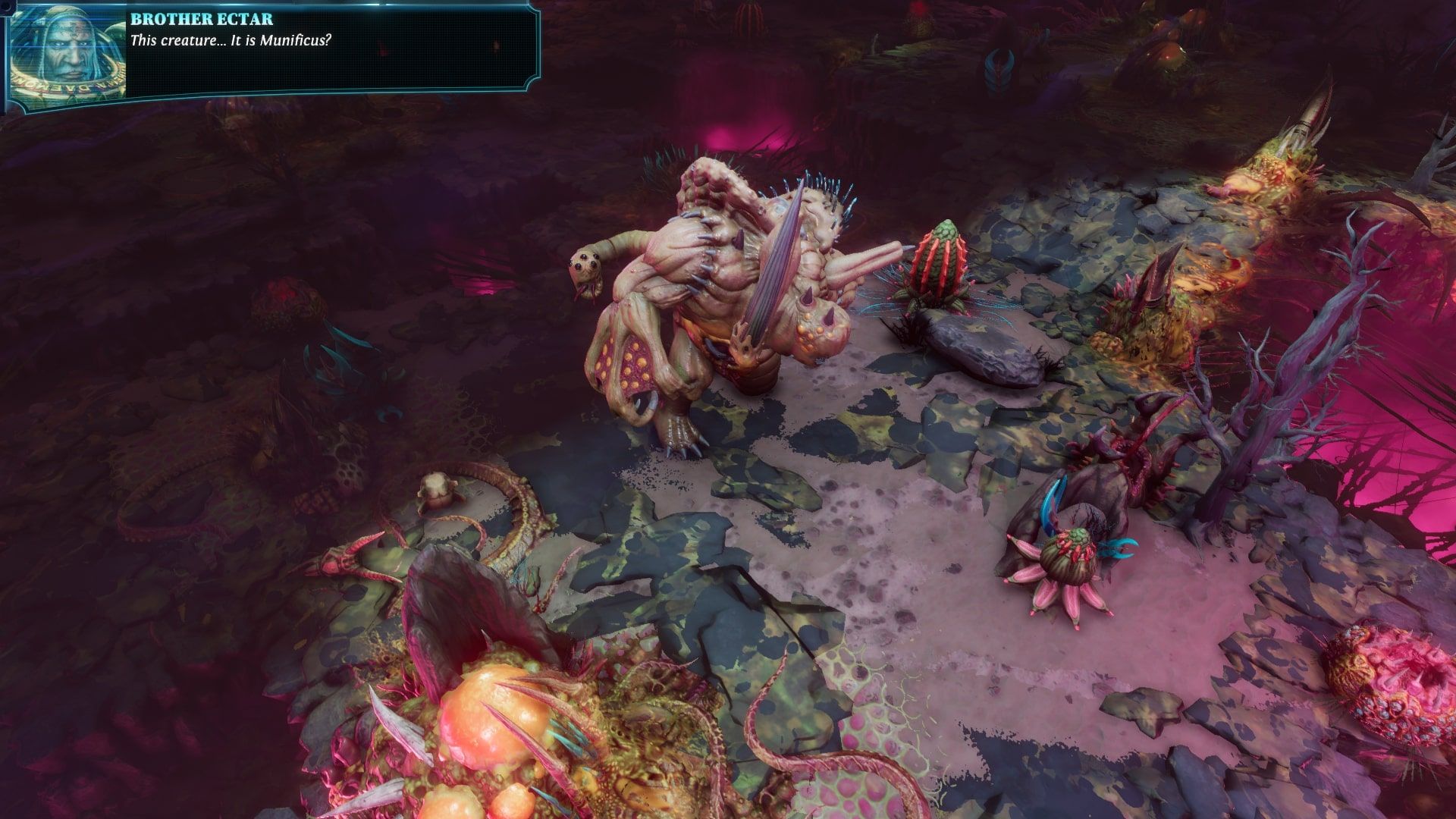 Where most bosses are defeated by understanding their attacks, Munificus is all about his unique passive abilities. These are incredibly powerful, and also the secret to putting him down. If you were wondering how Munificus stays alive, then you are about to find out.

Munificus is straight-up immune to damage. When you attack, it will heal. The only way to kill Munificus is to deal enough damage in a single hit to kill him outright. This is impossible without reducing his Maximum HP.

This is where Unstable Mass comes into play. Every time you destroy a piece of Munificus, he loses Max HP. The only way to destroy parts of Munificus is to land Critical Hits in melee, or with a ranged attack that has Precision Targeting.

To help protect himself, Munificus has Bloom Haze. Whenever you land a Critical Hit, he spawns allies and drops a pool of Plague. You are punished and rewarded for cutting Munificus up, making this a battle of attrition. You aren’t killing Munificus in one turn. 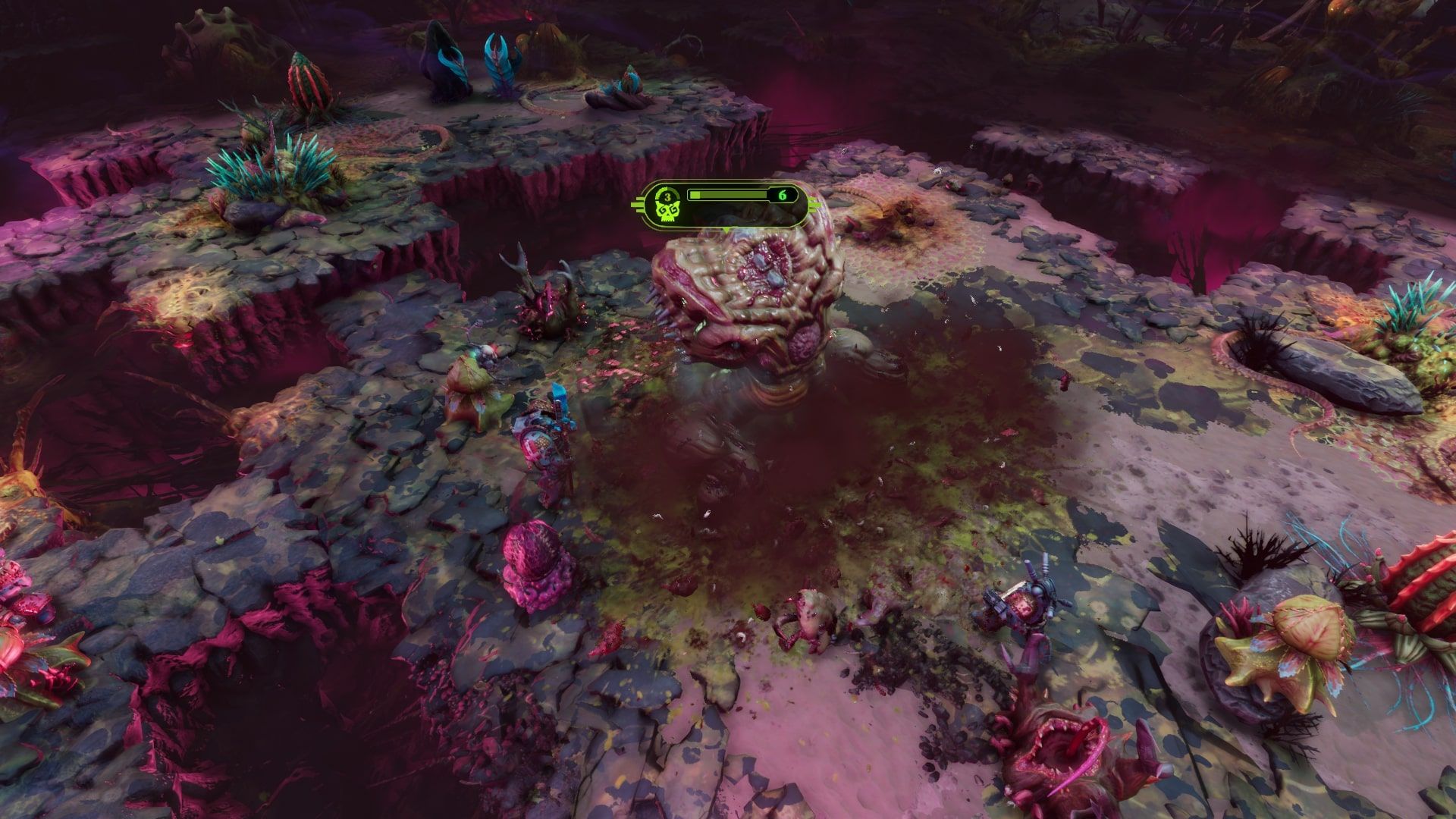 Munificus has three Auto Abilities that, like with his passive, make him awkward to kill.

All three of these passives are a pain to deal with. Reflex Leap prevents you from wracking up repeated Critical Hits, as Munificus will just jump away. Parry will occasionally prevent any class that isn’t an Interceptor from attacking in melee. Finally, Auto Tail Snap will interrupt your attacks if you go to attack Munificus from behind.

Reflex Leap states it has a 100 percent trigger chance. During testing, Munficus did not jump after every Critical Hit. This could be a bug. 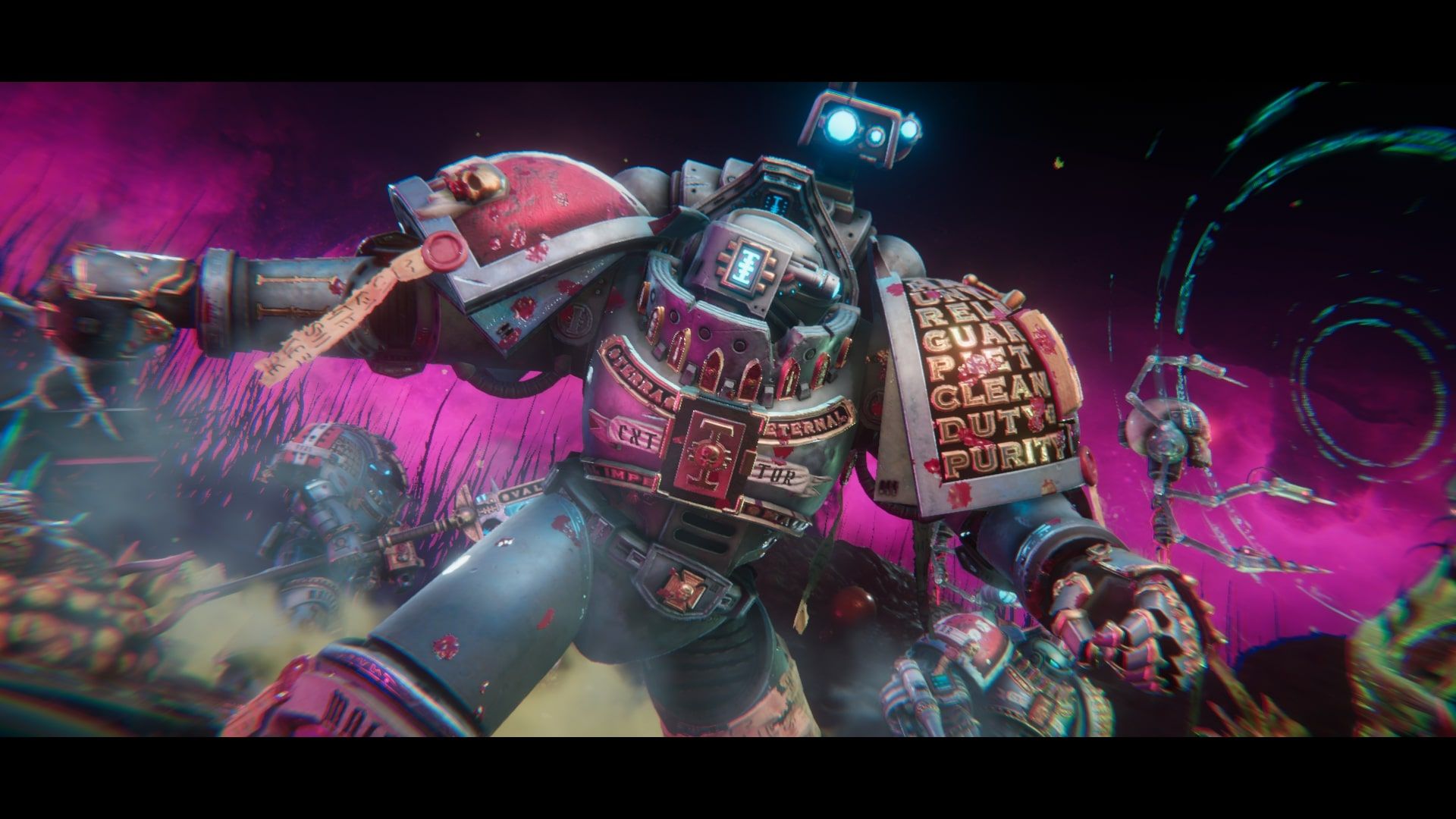 There is no way to burst Munificus down in a single turn – unlike some other Reapers. This means you are locked into a drawn-out combat against a foe who is very capable of grinding you down with a barrage of attacks and afflictions. Going in blind is not recommended.

For Squad Composition, you want to have as many classes as possible that can land a Critical Hit 100 percent of the time. This is the most important criteria for picking who is coming with you. Also, any class that can increase Stun can do a lot of work in this fight as Munificus can be staggered.

Here is a list of classes that work well in this fight.

The Justicar, Interceptor, and Paladin are your melee beat sticks. They all have access to Hammerhand, which is a guaranteed Critical, and they all come with extra flourishes that make them stand out. The Justicar can grant AP and WP, the Interceptor can teleport and ignore Parry, and the Paladin can apply Stun faster than any other class.

The Purgator is an interesting pick. It comes with Astral Aim, which is a 100 percent Crit. The downside is that he can’t trigger Precision Targetting on its regular attacks, making him less effective at destroying Target Points. The Purgator can be very effective at dealing with the Bloomspawn that appear, however. This is especially true if multiple Bloomspawn are clumped together.

The Apothecary and Chaplain are great support picks, but bringing them both might leave you lacking in the offense department as neither class is particularly effective in combat. The Apothecary can heal, which is of great benefit in this fight as it can take a while. He can also use Iron Arm Biomancy to grant +2 Stun to a single Knight. Ideal for a Paladin.

The Chaplain, on the other hand, can be taken for his Litanies. He can boost your Resistance quite substantially, making things like Plague, Pinned, and Hobbled (all common ailments in this fight) less of an issue. He also has a lot of Armor, making him hard to kill.

Other reasons to take a Chaplain are Litany Of Faith for bonus Armor when Knights use Aegis Shield, and Emperor’s Will to restore WP.

A quick breakdown of key abilities to consider when making your squad:

For Stratagems, you want abilities that can keep your Squad alive. There are three, in particular, that shine in this role and one that can be used for an alpha strike.

Tide Of Shadows Purifies all Afflictions from your Squad and then grants 100% Resistance for three turns. This can shut down every negative effect in the game, making it so you don’t need to worry about Plagued chipping your health, or Pinned stripping your AP.

High Sanctuary is fantastic in this fight as it grants +3 Armor for your entire squad for five turns. This might not seem like a lot, but that comes to a gain of 60 armor over the duration, which is substantial. This can keep your Knights alive when more Bloomspawn start appearing. This synergizes with the Chaplain's Litany Of Faith, and Aegis Shield.

Heal 2 is an emergency heal. It only heals 6HP, but it heals your entire Squad. This can make or break the fight depending on how long it takes to burn through Munificus. It can also help your Apothecary keep the team healthy.

Finally, Strength Of Spirit. This only lasts one turn, but it grants a +50 percent bonus to Critical Hit Chance for all Knights. This can be used early to quickly dismember Munificus and shorten the fight substantially.

For this fight, you need Weapons, Armor, and Gear that augment Critical Hit Chance. Damage doesn’t matter. If you have a low-level Halberd with an extra +5 percent bonus, use it. Munificus ignores damage and only respects dismemberment.

Health and Armor are also very important. Keeping these stacked as high as possible on key targets will save lives. If a Class can use Terminator Armor, give them Terminator Armor. This armor tends to have better defensive stats, and mobility is less of an issue as Munfiicus will jump at players during his turn. 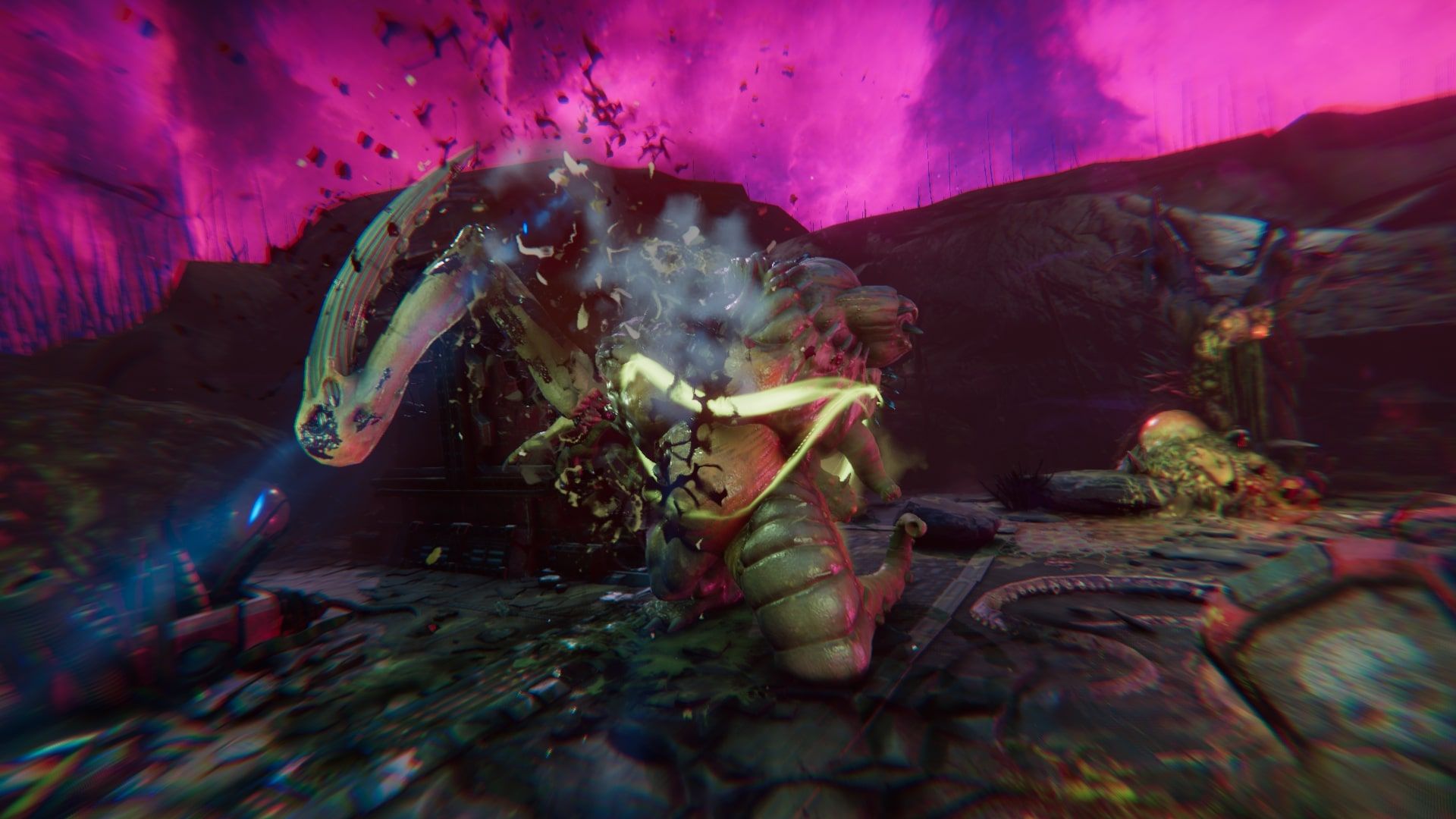 This is a long fight if you aren’t packing the right gear. You want to land as many Critical Hits as you can before Munificus runs away. When he does, focus your attention on the Bloomspawn. These will very quickly get out of hand and start dealing chip damage to your Squad.

If you are bringing a Litany Of Faith Chaplain, it’s very much advised that you use Aegis Shield every turn on every single Knight. This will burn an AP, but it will drastically increase the survivability of each Knight. Paladins, Justicars, and Chaplains might become unkillable. Remember to stack this with High Sanctuary if you brought it.

Munificus is vulnerable to Stun, and a buffed Paladin can trigger a stagger with two hits with ease. You can then use this stagger to land a free critical. You can’t Execute Munificus (unfortunately), but you can dismember him, or, if you have run out of parts to cut, simply reduce his Max HP by 2.

Munificus will mutate throughout the fight and gain new appendages and flesh sacs. Be sure to target parts of Munificus that are most dangerous. High damage attacks are a great place to start, but Affliction-based parts are also a high priority once Tide Of Shadows wears off.

Munificus is a challenging fight, but not an insurmountable one. Bring the right skills and equipment whilst playing it safe, and he’ll go down.