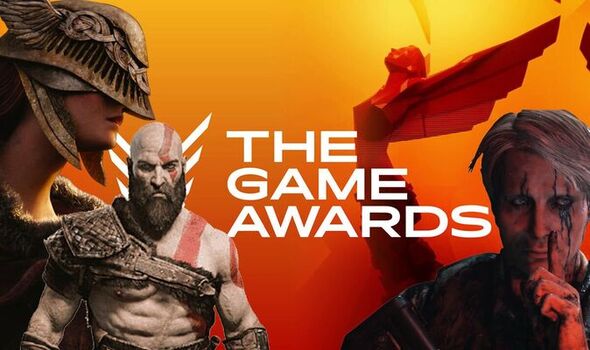 Video game fans are in for a surprise or two at this year’s Game Awards. Hosted by Geoff Keighley, the 2022 Game Awards combine new game reveals with a traditional awards ceremony. Different games, studios and individuals will be honoured throughout the night, all the while big publishers will take the time to unveil new trailers. If you want to watch the action unfold live, you can tune in at 12.30am GMT UK time on December 9. Simply click play on the YouTube video below.

The sequel to Jedi Fallen Order will receive an “action-packed” gameplay trailer, alongside a 2023 release date.

Bandai Namco is also confirmed for the Game Awards, courtesy of a new trailer for Tekken 8.

That’s on top of a new Destiny 2: Lightfall reveal, more news on Baldur’s Gate 3 and something from 505 Games – possibly a GTA clone based on the website.

Needless to say, fans can also expect some big new announcements, with Hideo Kojima the most likely to oblige.

Not only do Kojima and Keighley have a good relationship, but Kojima Productions has posted multiple teasers leading up to the big event.

While it’s possible Kojima may be hinting at a Death Stranding sequel, a brand new game seems more likely.

Maybe it’s wishful thinking, but anything from Elden Ring developer FromSoftware would be most welcome. Perhaps the inevitable Elden Ring DLC.

Other games on the fantasy wishlist include GTA 6, Hollow Knight Silksong, Legend of Zelda: Tears of the Kingdom and Half Life 3…. but don’t hold your breath.

As for the awards, game of the year contenders include A Plague Tale: Requiem, Elden Ring, God of War Ragnarök, Horizon Forbidden West, Stray and Xenoblade Chronicles 3.

Elsewhere, Sifu, Tunic, Cult of the Lamb, Neon White and Stray battle it out in the Best Indie category, while Apex Legends, Genshin Impact, Diablo Immortal, Marvel Snap and Tower of Fantasy are up for Best Mobile Game.

There are also half a dozen or so eSports awards, rewarding everything from best eSports game to best eSports event.

Keep checking back for updates during and after the event.