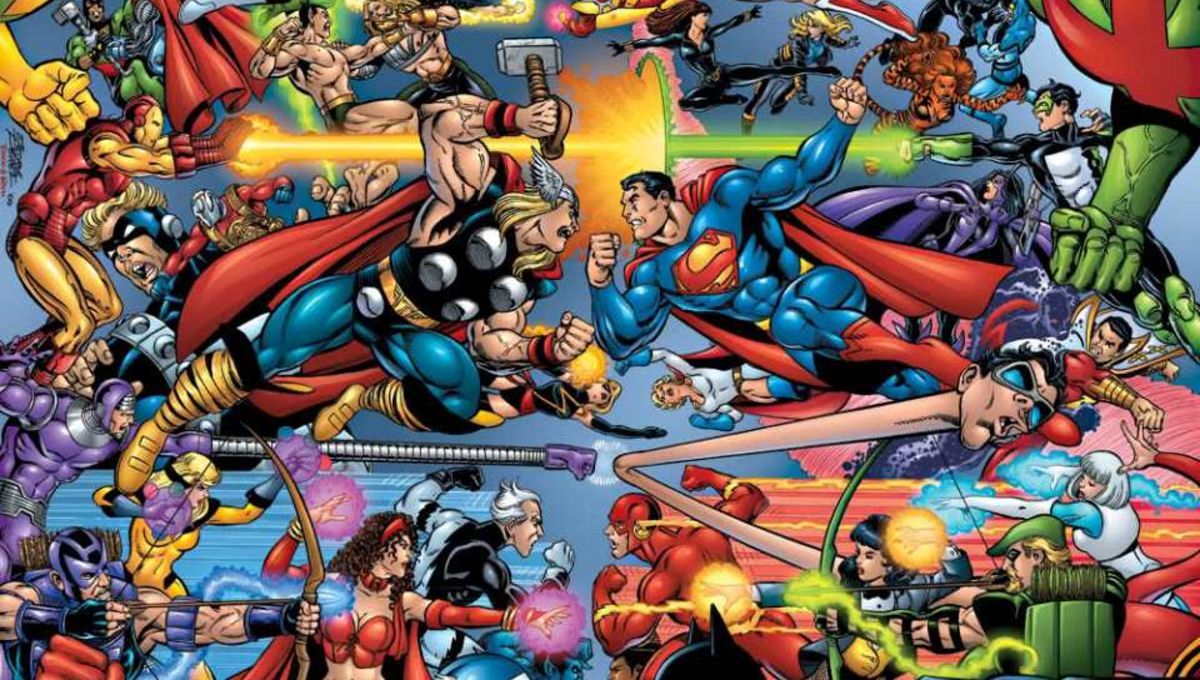 The subject for this week’s Hot Topic was suggested by reader Watson, who asked if you could create a fighting game featuring existing characters from another game, film, TV show, or comic what would it be and how would it work?

There were plenty of imaginative suggestions, with superhero crossovers being especially popular, but most admitted they were unlikely to happen – if not for licensing reasons then because the chosen developer would never be involved.

Ultimate fighter
I’m sure I’m not the only one that as soon as they read the rumour about NetherRealm making a Marvel fighting game they immediately thought of Marvel vs. DC. I’m sure there’s a hundred reason why it’ll never happen but that would be the ultimate geek experience no matter what kind of game it was.

Personally I would prefer Capcom make it though. I don’t hate them but I’ve never been a big fan of NetherRealm’s stuff. I know there’s a nod and wink in with all the edgelord violence and posturing but I think Mortal Kombat went over the top long ago and I hate the influence Injustice seems to have had on the DC movies.

I always consider Marvel Vs. Capcom 2 to be the ultimate crossover game and I love their cheesy, comic book authentic take on the Marvel characters. That’s what I’d love to see in a Marvel Vs. DC comics. Not boring black leather movie style suits, I wants pants over tights and stupid looking masks all the way.
Cubby

Horror Kombat
Given how many horror icons Mortal Kombat has had over the years I’ve always thought it would be cool to have a dedicated game featuring even more. NetherRealm could do it if they want but it would have to include Freddy, Jason, Michael Myers, Pennywise, Ash (what did happen to him being in Mortal Kombat?), Chucky, the Tall Man, and the alien. And then some obscure ones like Puppet Monster and Ghoulies and the classic Universal Monsters to finish up.

I think that sounds great, although I guess the problem is that a lot of them move really slowly but Mortal Kombat got round that well enough and as long as you don’t have Jason doing a high kick it’ll be fine. Not sure it would happen but there must be a chance.
Holtz

Cartoon wars
I was going to say Pokémon and then I realised that they actually did it with Pokkén, so I guess my first idea was actually a winner! If not that then how about this: a Smash Bros. style game featuring all kinds of characters from the 80s and 90s. Tatsunoko Vs. Capcom was kind of that same idea, except I don’t think most people in the West would’ve known the characters.

Do the same idea with the likes of He-Man, Thundercats, Transformers, Teenage Mutant Ninja Turtles, The Real Ghostbusters, Inspector Gadget, Dungeons & Dragons and so on and it’d be great. You could even do a sort of East vs. West thing, with Japanese anime on one side too. Although you’d probably end up spending more on lawyers than developers.

It sounds a great idea to me though and while I’m sure it’d never happen the potential for DLC and sequels would be endless!
Findus

Watch this space
I always thought it would be fun to see an Overwatch fighting game. The characters always did look like they could’ve stepped out of some Capcom fighter from the 90s, and I’m sure that’s what Blizzard were thinking when they were making the game, but they’ve never done anything with the idea.

But then I’m always surprised by how little they’ve done with anything from the game. No single-player mode, no spin-off, no anime or movie, and yet it could easily do any of those things. It’s successful so I guess they think they know what they’re doing. But I’d like to see more experimentation. Mortal Kombat doesn’t have to be the only decent Western-made fighter.
Gala

Fighters in disguise
I’ll throw this one out there, just because I know GC will go along with it, but how about a decent Transformers fighter? I think there have been some bad ones in the past, I remember a Beast Wars one at least, but I think a Super Smash Bros. style one, where you can get a bit of space to transform, would work really well.

Obviously you’re not short of characters, or potential bosses, and given the wide variety of alt modes and weapons it could work out really well.

Transformers in general seems to be really underused by games though. Whenever they do do one it’s either really low budget or all but ignores the transformation aspect, usually both. The two War For Cybertron ones were the best but even they didn’t really need the transforming aspect much.
Orton

Resident Fighter
As there’s always disagreement over who should be the Resident Evil rep in Marvel Vs. Capcom how about just doing a dedicated fighter? I’m sure it must’ve been discussed internally at some point and yet I never remember hearing about it at all. I’d be 10 times more interested in that than another lame multiplayer game though.

Capcom has an amazing roster of characters but Resident Evil alone is full of memorable faces, from the main heroes to villains like Wesker, Mr X, Nemesis, and now Lady Dimitrescu. I guess the good guys are all a bit samey in terms of abilities and weapons but I’m sure they could work something out.
Wrangler

Movie Kombat
Although I have always enjoyed Street Fighter, I felt the series peeked with Super Street Fighter 4 and I didn’t really get on with the latest release. I can’t quite put my finger on why, maybe my gaming habits have changed, but the latest title was very bare bones and not quite as fluid as Street Fighter 4. Mortal Kombat and Injustice on the other hand, have gone from strength to strength with every new game released, with mountains of content, customisation, and an ability to appeal to newcomers and veterans alike.

So for me, the ultimate fighting game would be a clash of cinema icons in a game developed by NetherRealm studios. They have slowly been doing this in the past with appearances from characters such as Rambo, RoboCop, Freddie Kruger, etc. in the Mortal Kombat franchise. But I would want them to expand on this idea with a full story mode (using the golden ticket idea from The Last Action Hero perhaps?) costumes to unlock, challenge towers and even a movie museum to unlock posters or clips from the films.

Match-ups would include: Martin Riggs vs. John McClane, Indiana Jones vs. James Bond, Neo vs. Blade, John Spartan vs. Simon Phoenix, Harry Potter vs. Pennywise, and Jack Bauer vs. Jason Bourne, to name a few. Even classic match-ups like Freddy vs. Jason and Alien vs. Predator would welcome. Having fans vote on what match-ups they would like to see in future DLC could also be an idea.

If not, I suppose I could settle for Marvel vs. DC…
Hollinho (Twitch)