The playable characters of Weird West differ from most as the game takes an episodic turn placing you in the shoes of five characters. The Bounty Hunter, The Pigman, The Protector, The Werewolf, and The Oneirist. These five characters play mostly the same aside from their unique abilities correlating with the style of the character. For example, the Oneirist has magical powers to be used on the offensive, while Jane Bell sticks to some good old rooting, tooting, and shooting.

When beginning each episode, the protagonist you're currently playing as will have their abilities removed, and so you'll have to unlock them again. You'll know which basic skills you want to stick with by the third chapter, but there's an ideal place to start for each character's unique abilities. 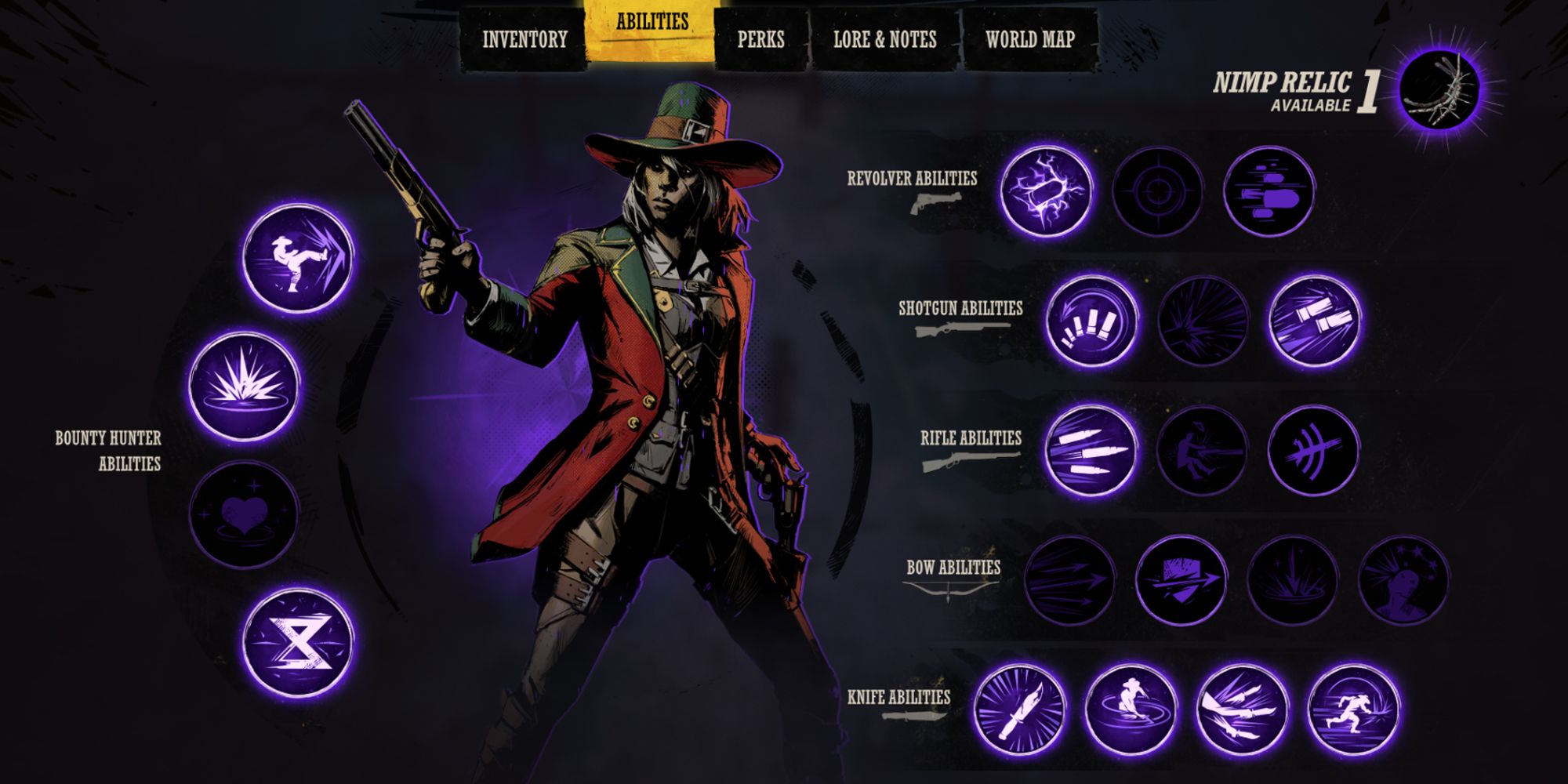 Overall, Jane Bell's abilities are the best of the five characters, as her role as a Bounty Hunter plays into how she fights. Her unique skills include a Shrapnel Mine for an extra explosive, the Charm ability, which sways enemies to become allies for a few moments, and her best ability, Quick Thinker. Quick Thinker slows down time, working similarly to the dodge jump, which slows time once pressed. With Quick Thinker, you can use it for extra time to survey and accurately take out your enemies or make a quick getaway without your enemies ever catching up to you.

Unlike the other Weird West protagonists, Jane doesn't have significant ties to arcane abilities like Dezi, who can transform into a werewolf, or Across Rivers, who can create tornados. That's why the best route for Jane is to use an ability that gives her an extra moment or two to take out the opposition. 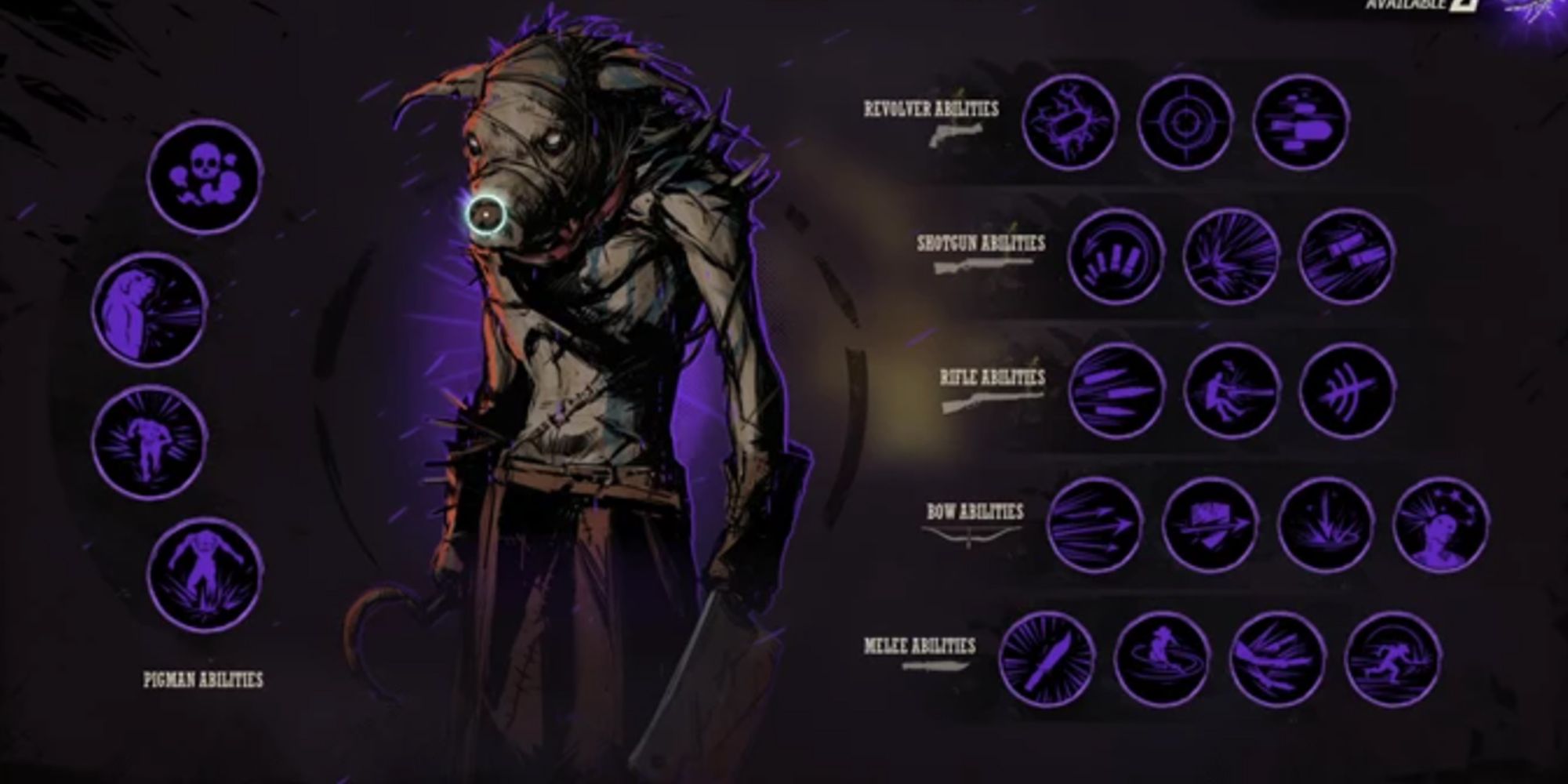 ​​​​​The Pigman will be most players' go-to character as he is arguably the most enjoyable to control. He has a fascinating past, a distressing present, and an abundance of tools in combat. The handiest ability is Putrid Cloud, which leaves behind poisonous gas as you move. Playing as the Pigman will protect you against these types of attacks, meaning it will only affect your enemies.

The ideal way to play as the Pigman in combat is to primarily stick to melee fighting as you have a higher defense than most protagonists. Furthermore, these melee attacks are more helpful to chain with other abilities than shooting with firearms. 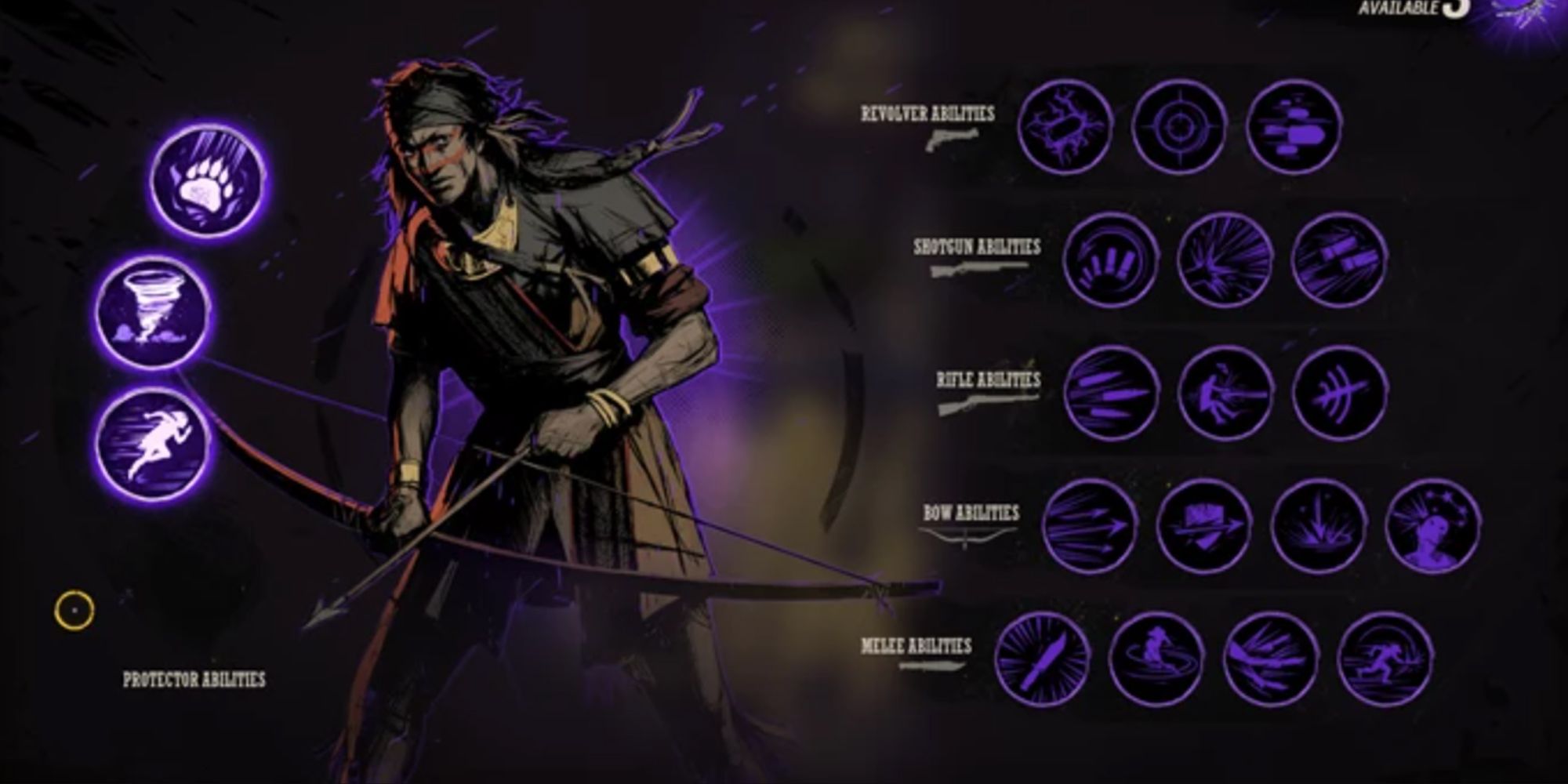 Bows always manage to become a valuable and sought-after weapon, even in games where an array of weapons exist. This is no different in Weird West – once playing The Protector chapter for a few hours, you'll understand the usefulness of the Bow. You can buy and equip bows before this, but it's only while playing as Across Rivers that you'll begin to use them more often.

Across River's abilities are also great tactics in battle, like the Western Wind ability, which summons a tornado that will sweep up anything in its path. Western Wind is a valuable trick to fall back on for many reasons, but one of the major ones is that it'll give you a break from the constant stress of fighting off your enemies, as they can't accurately shoot at you while hurled around in the tornado. Across Rivers also has an ability that summons a bear to fight by your side and an ability to make you temporarily create no noise while running. Both of these are worth using too, but Western Wind should always be the skill to utilize. 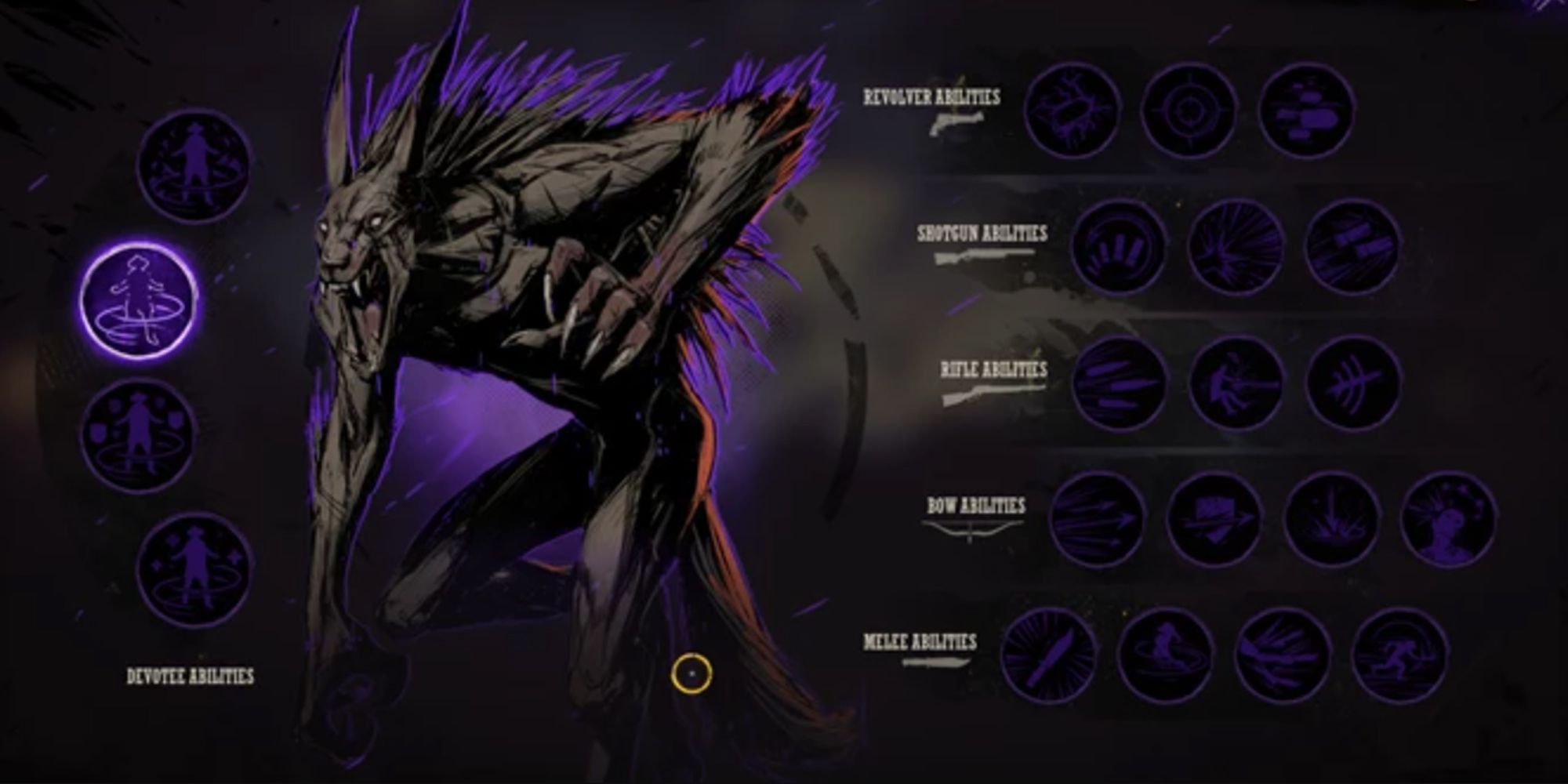 Too few games place you in control of a Werewolf, and those that do restrain what you can and can't do. Weird West alters this by letting you play as a Werewolf who is also a formidable marksman. Dezi's abilities are related to defensive protection. Inun's Healing provides healing to you and allies close to you for ten seconds, while Inun's Strength grants an armor boost of 20 percent to you and allies in the general vicinity.

Dezi's best ability is Yeb's Invisibility which makes you and your allies invisible for a short while. With Yeb's Invisibility active, you can move around freely without enemies knowing where you are. Of course, this works better when you activate the ability before showing yourself to the enemy, though it can be a great way to run away from a battle. Whether using Yeb's Invisibility to flee a challenging battle or to flank your opponents, it's the ability to place points towards first as it will benefit you in every type of battle. 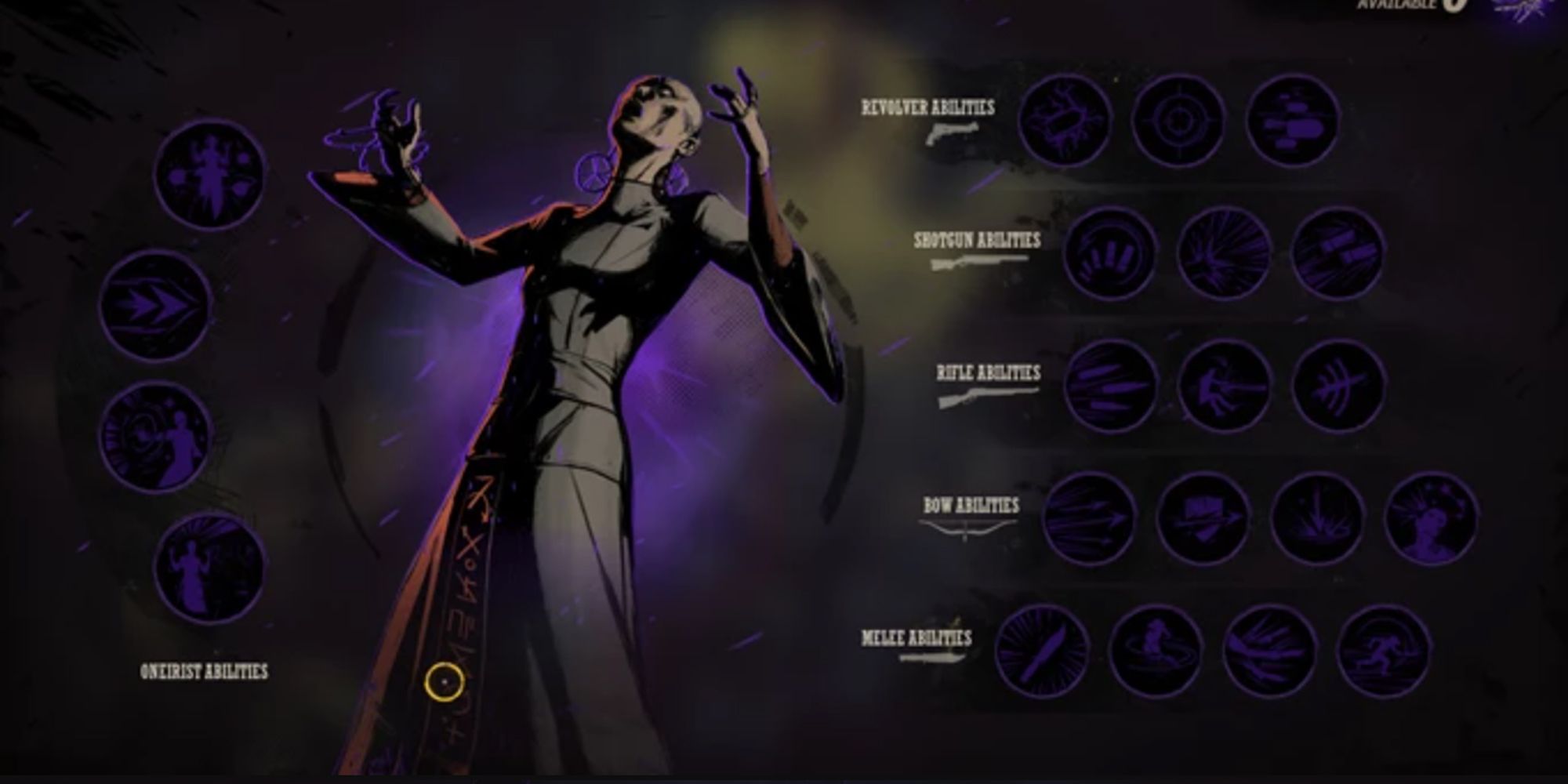 The Oneirist is the final playable character, so all the aspects you enjoy about the game will be firmly in place. You'll know how you like to play combat and when to just run from a battle. It's perhaps because of this that the long-awaited Oneirist chapter doesn't hold a candle to the previous chapters, though that doesn't mean Constance doesn't have some abilities worth trying.

Her best ability is Astral Projection, allowing Constance to create an astral replica of herself that can then be used to draw attention away from the real Constance. Hence, you have a better chance of flanking and sneaking up on enemies. Another of Constance's abilities is Summon Wisps, perfect for when beginning her chapter, which will attack your enemies by stunning them.