Guild Wars 2: End of Dragons is the third expansion to this popular MMORPG. It takes place in Cantha and adds bucket-loads of new content for players to sink their teeth into. One mechanic, Diving Goggles, allow the player to jump into large pools of water!

Of course, they could do that anyway, but the Diving Goggles give you a few fun spins you can do in mid-air, and are usually connected to achievements. There are a few to find in the new Canthan maps! Here, we're detailing a path to the Diving Goggles found in the Echovald Wilds.

Where To Find The Diving Goggles 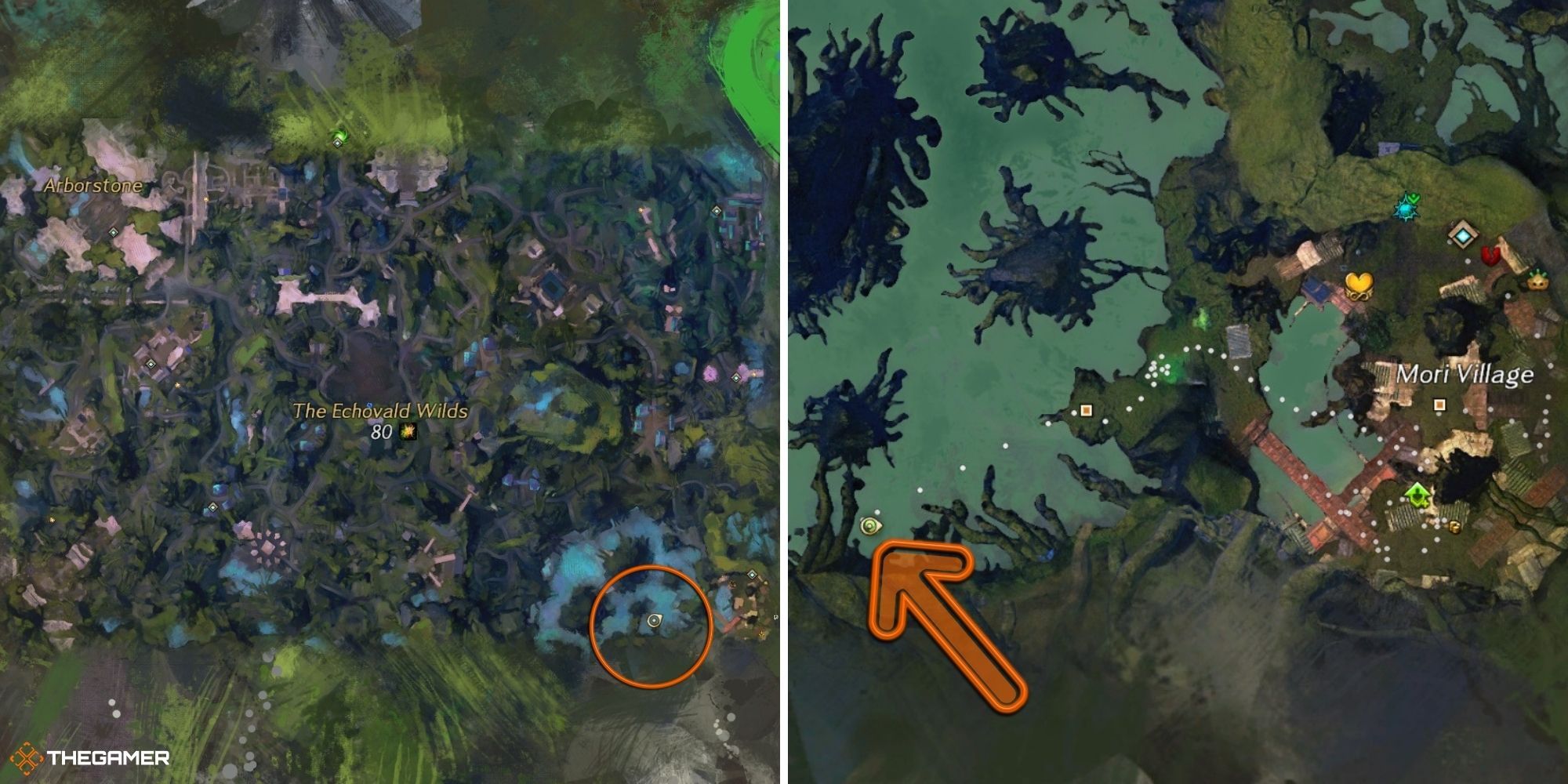 Hint: "Slap on your diving goggles and take a dive into the lake near Mori Village."

From the hint, it's easy to figure out which lake you're meant to jump into for this achievement. However, there's an entire vertical town and tons of gangly trees growing around! It's tough to figure out exactly where the Diving Goggles actually are, because, after all, you can't just jump in from anywhere.

You'll find the Diving Goggles on a cliff under some tree branches in the far south. In this article, we'll detail an exact path to reach them.

How To Reach The Diving Goggles

You'll reach the Diving Goggles by taking a series of Ziplines. Start at the Mori Village Waypoint and take the zipline that's right next to it. 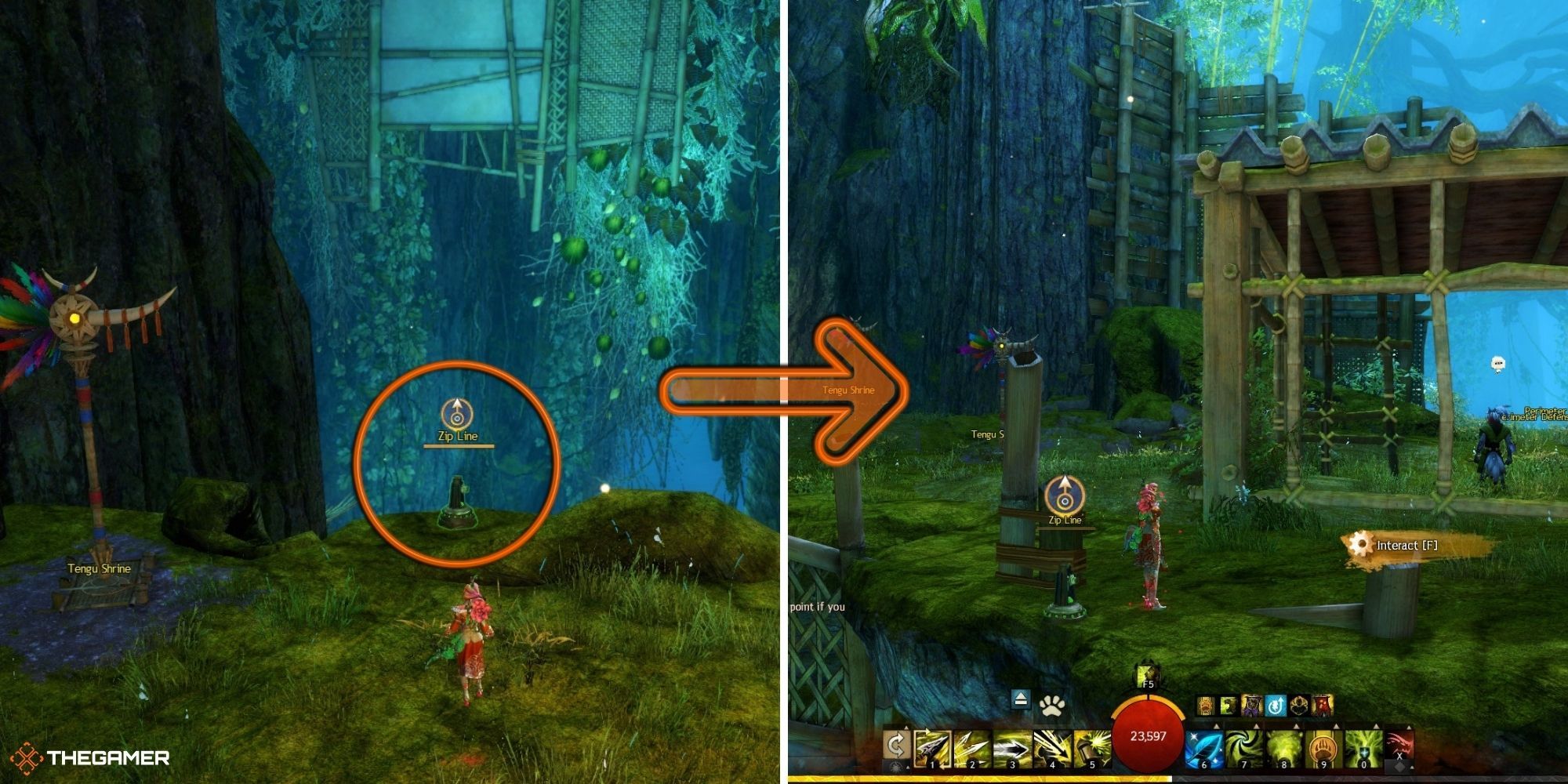 It'll take you up to a higher ledge with a few other Ziplines around you. Take the one that's on the same cliff-edge as the one you just rode – it should be to the right of you when you get off the first zipline. 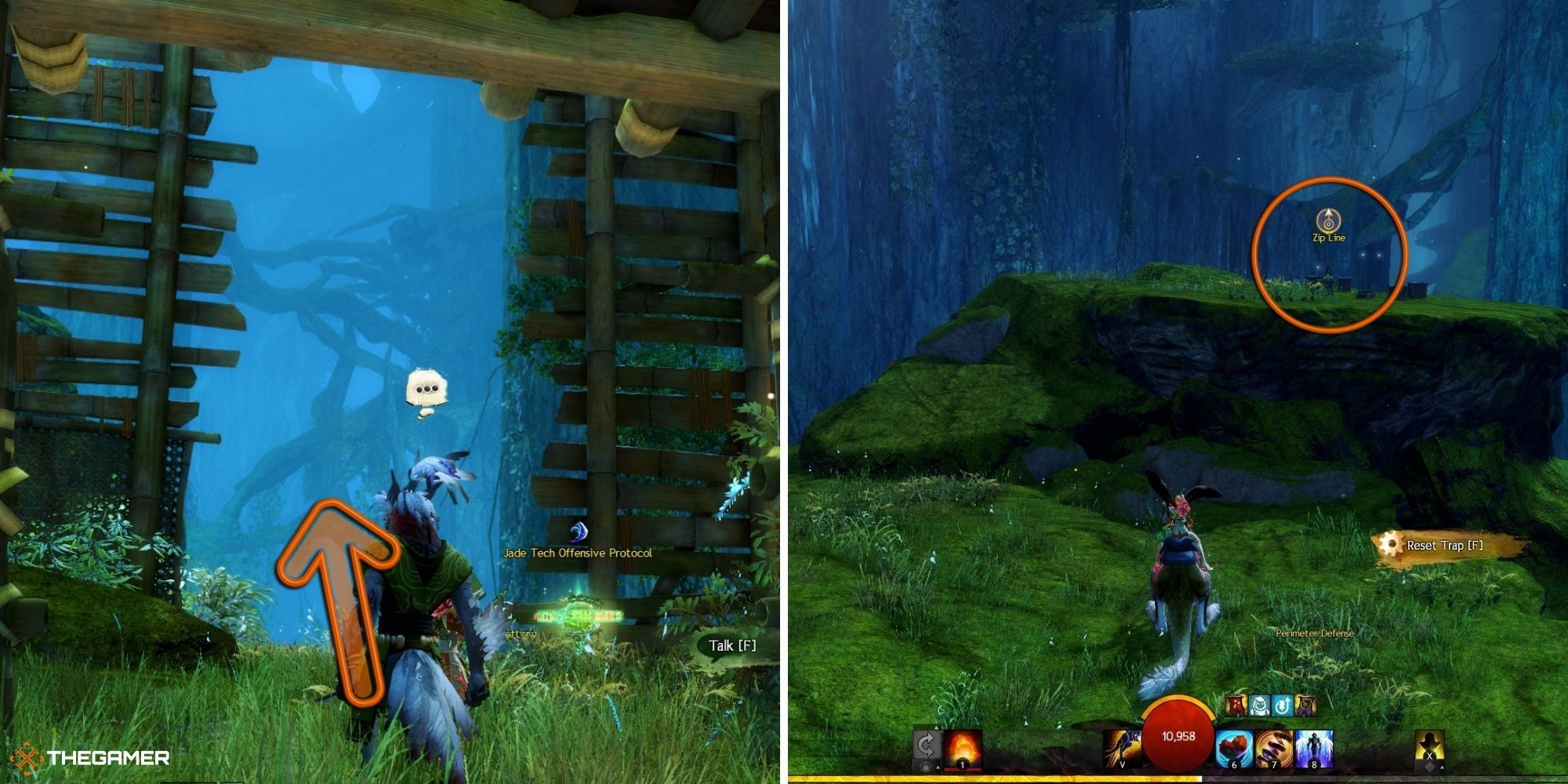 Go through the Mori Village gate ahead of you! You'll wind up on a dead-end cliff overlooking the lake. Use your Springer to jump up onto the ledge to your left. There, you'll find one last Zipline to take. 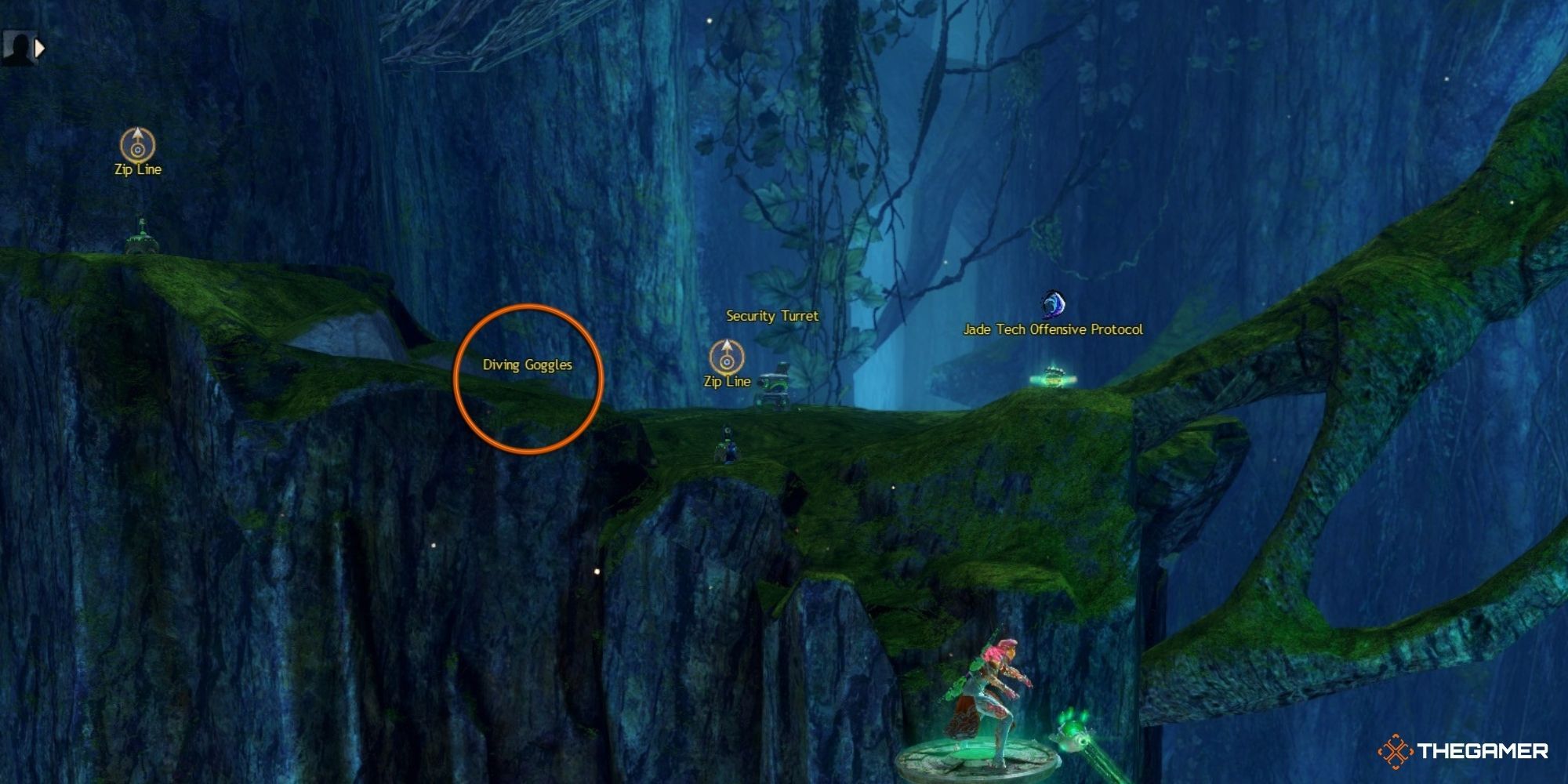 This Zipline leads you right to the platform with the Diving Goggles. 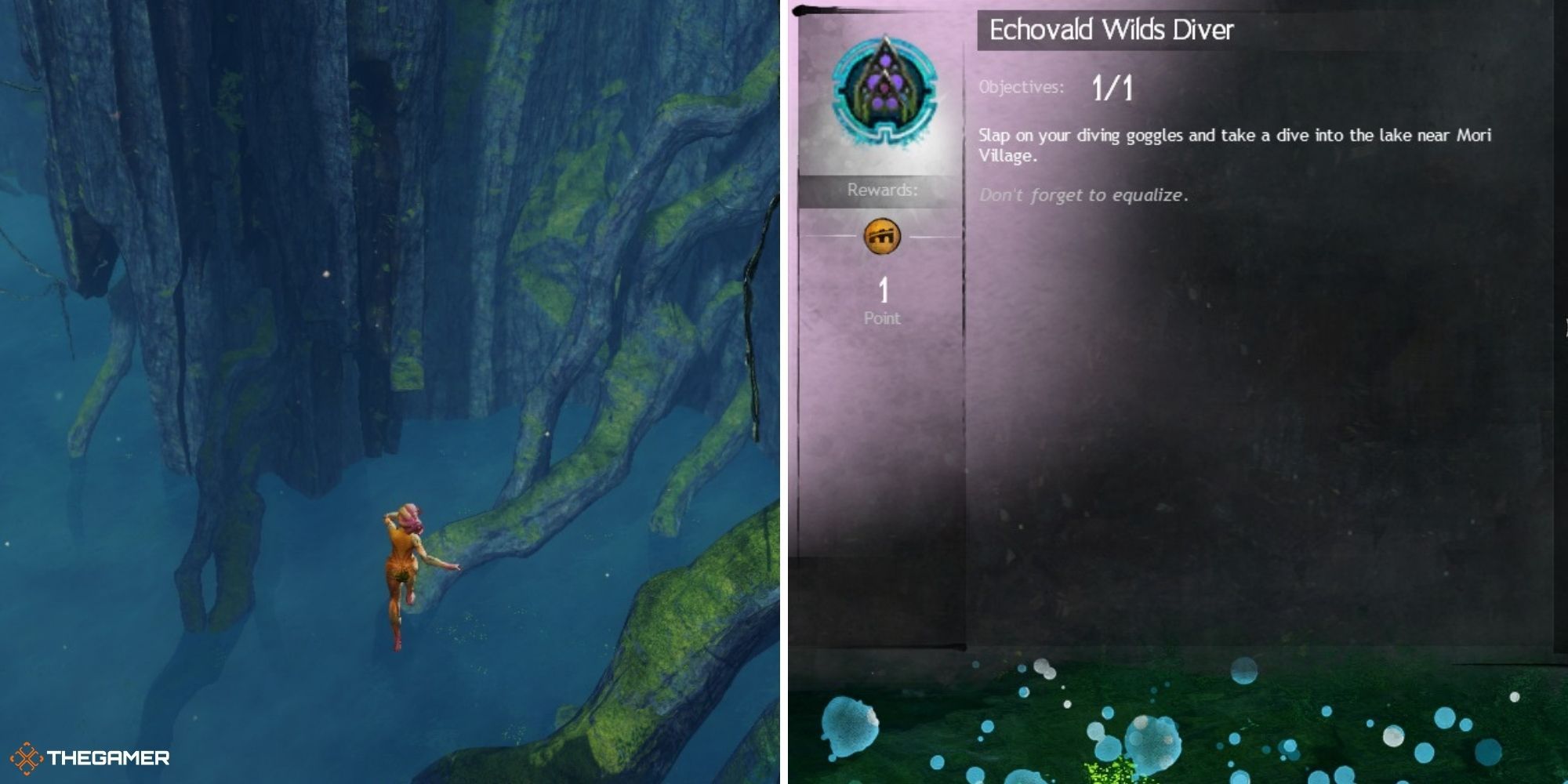 Just equip them and jump into the water in order to earn the achievement!