With the news of Sonic the Hedgehog 2 hitting becoming available to stream as of today, we thought it might be helpful to point our readers toward some other video game adaptations you can watch whenever you want. Here’s a handful of films you may want to check out, and where to find them on a given streaming service, if they are available.

The following list was created on May 5, 2022, and the availability of these movies may have changed. 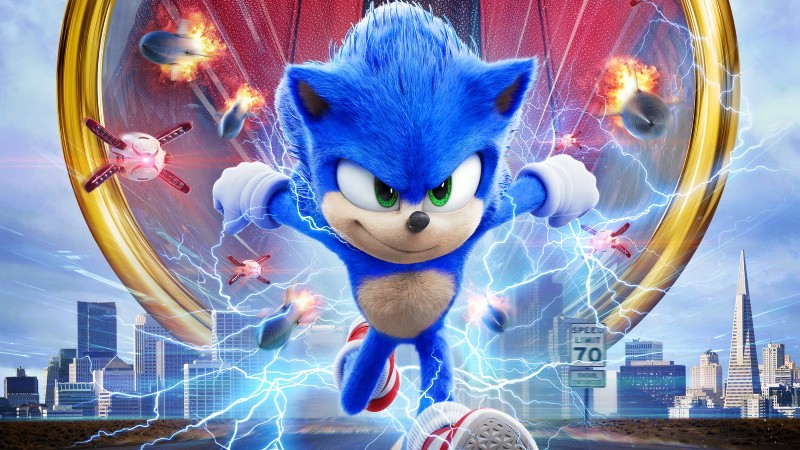 The catalyst for Sonic the Hedgehog’s resurgence can be traced back to the movie by the same name, Sonic the Hedgehog. 2020 was a strange time for the world, leaving 2020’s Sonic film as a personal trivia fact for many people as the last movie they saw in theaters before the pandemic shut everything down. At least they were treated to a delightful family flick that saw fish-out-of-water Sonic (Ben Schwartz) befriending local sheriff Tom “Donut Lord” Wachowski (James Marsden) to make his way to San Francisco. All the while, the blue blur was being chased by Jim Carrey’s wild and eccentric portrayal of Dr. Ivo Robotnik. It was fast, fun, and heartwarming at times, but while its now topped in quality by its sequel, Sonic the Hedgehog is still a solid way to spend an evening.

You can stream Sonic the Hedgehog right now if you have a Paramount+, Amazon Prime, or an Epix subscription.

Easily the best movie adaptation of a video game in the 90s, it remains the best in its series. 1995’s Mortal Kombat takes a PG-13 approach to Midway’s hyper-violent arcade game and as a result, is a fun and approachable entryway to the franchise. Thunder god Raiden recruits an unlikely group of warriors (Lui Kang, Sonya Blade, Johnny Cage) from Earth to battle in the realm’s final opportunity in the Mortal Kombat tournament before it’s taken over by the forces of Outworld represented by Shang Tsung, Goro, Sub Zero, and Scorpion.

Mortal Kombat (1995) is available to stream on HBOMax. If you really want a good time, but don’t mind an awful movie, have a laugh by watching Mortal Kombat: Annihilation, the sequel that somehow misses on everything the original got right. It’s also available on HBOMax.

If you’re more interested in the gorier side of Mortal Kombat, look no further than the very R-rated reboot from Warner Bros. This installment follows a brand new character in the series, Cole Young (Lewis Tan), an MMA fighter who is thrust into the deadly realm war between Earthrealm and Outworld. While not as fun as the original, 2021’s Mortal Kombat has more fights and more blood with actual gruesome fatalities like the ones you’d see in Mortal Kombat 11. If anything, give it a shot to see a good rendition of the Scorpion (Hiroyuki Sanada) mythos and the scene-stealing antics of Josh Lawson’s Kano. Plus, Nitara of all characters is given the live-action treatment! Who knew someone out there still cared about her?

Mortal Kombat is available to stream on HBOMax.

Nathan Drake’s PlayStation adventures always felt like a movie, so the transition to a feature-length film was always a matter of time. In the first live-action movie, Tom Holland stars as Nathan Drake with Mark Walbuhrg’s Sully showing him the ropes in a globe-trotting adventure to capture the riches of Magellan’s lost stash of riches. The movie mixes elements from all over the games, creating an entertaining amalgamation that’s close enough to the spirit of the source material that any jarring differences wash away quickly from memory.

Uncharted is not available on any subscription streaming service just yet but is available to rent digitally for around $6 if you’re itching for some adventure.

Like the 2013 game of the same name, Tomb Raider reboots the film franchise and resembles a more realistic and gritty take on timeless adventurer, Lara Croft. Like the newest take on Tomb Raider, Alicia Vikander plays a younger version of the archeologist, setting off on her first big adventure to track down the last known position of her father. Her journey features plenty of harrowing action sequences, and a touch of mysticism made all the better by the performance of the incomparable Walton Goggins as rival archaeologist Mathias Vogel.

Tomb Raider is unfortunately not on any major streaming subscription service but can be rented or purchased on through services like Amazon Prime Video and Apple.

Giving the Pokémon franchise its first live-action film paid off in this fun adventure. Ryan Reynolds portrays the titular electric rodent who partners up with aspiring trainer Tim Goodman (Justice Smith) to unravel the mysterious disappearance of his father. The story is enjoyable enough with some decent laughs to be had. However, the real treat for Pokémon fans is seeing dozens of their favorite pocket monsters rendered in reality for the first time. Somehow, the film manages to keep their appearances true to the games without making them look horrifying.

Detective Pikachu currently isn’t available on any streaming service, but you can rent or purchase it digitally from services such as Amazon Prime Video.