There are over 1,000 Pokemon, so you can find one to suit any occasion. There are Pokemon for all seasons, for different moods, for varying times of day, and they all have designs that help show off their personality – and by extension, yours as a trainer. You can even use Pokemon to signify certain holidays – there are a plethora of rabbits for Easter, a smorgasbord of spooks for Halloween, and while there's no Menorah, there are candle Pokemon for Hanukkah. Unfortunately, there are no Christmas Pokemon. Not a single one.

There certainly isn't a fat little irritating bird who shits presents at you while being dressed as Santa and having no earthly use as a Pokemon. Definitely not. How weird would that be, if there was a bird with a sack attached to its butthole who would grunt and strain and force out a nice warm present for you? You'd have to be deranged to hoist up a Pokemon like that as a symbol of Christmas. Anyway, thankfully nothing like that exists, so onto speculating about what a Christmas Pokemon might look like.

Stantler is the closest thing we have, and I can see the connection. It's a reindeer, which is as Christmassy as Lopunny is for Easter. But Easter doesn't have a lot of symbols or a great deal of celebration, so it's expected that we'd have to squint a little bit. Christmas is loaded with potential inspirations, and Stantler just doesn't cut it. If it were a bit more cheerful or had a shiny version with a red nose, then we'd be a lot closer. Pokemon Go decorates Stantler with bells each year, but it always looks like a dog that has been forced into an ugly Christmas jumper for a cute photo, and is currently stewing while thinking of what furniture it can destroy in revenge. 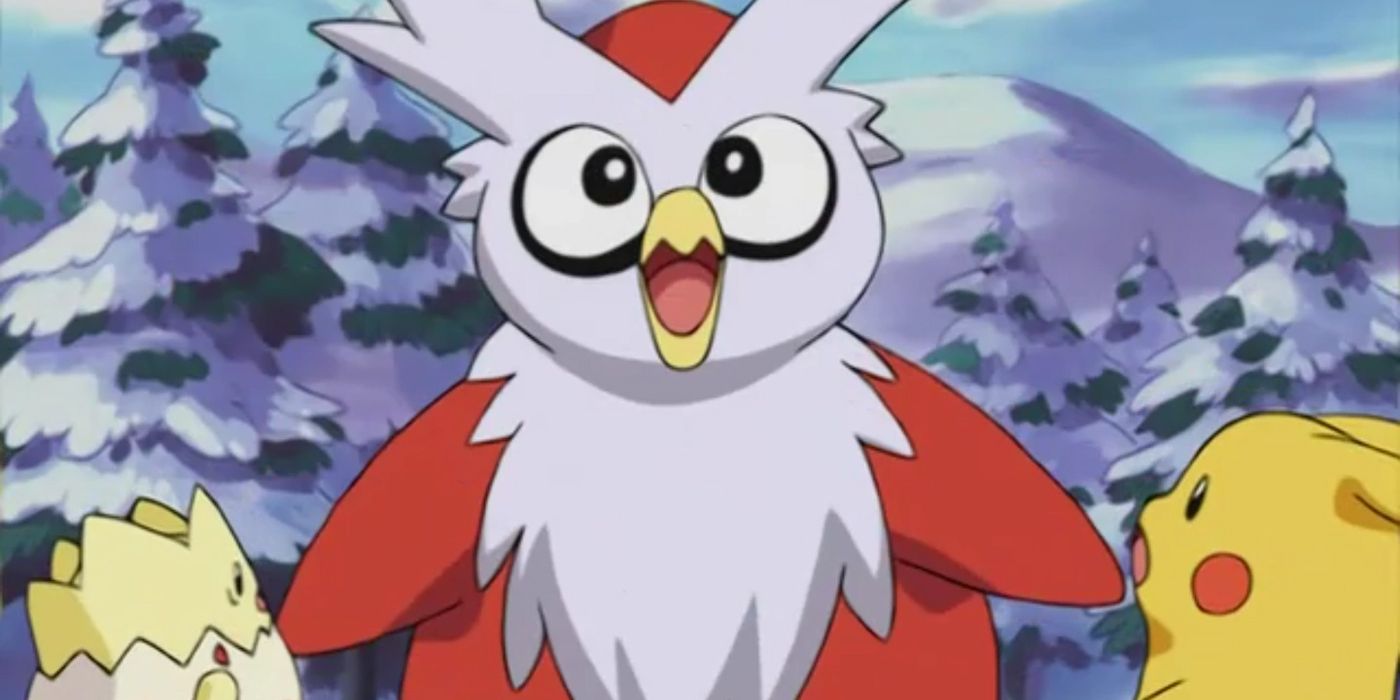 It could be down to Pokemon being a global game and not everyone celebrating Christmas, but then enough of the world celebrates it that you'd think something other than a shitting bird might be Pokemon's representation of the time of goodwill to all men. The concept of a present is universal enough that it wouldn't need to be overtly Christmassy, but ties in for those who celebrate. But there's also room for a Christmas tree Pokemon, or even something like a snowman Pokemon. We have Galarian Darmanitan Zen, but then that's a regional variant in Zen mode, and even after jumping through those hoops, the snowman is on fire. It's a shoo-in for the Christmas team, no doubt, but I can't help but feel there could be a better mascot.

If it was Santa, then a bird makes some sense, because Santa flies all around the world. And perhaps he'd throw presents at you, which would serve as a unique attack and a clever interpretation of the season of giving. It could even have a name that combined 'delivered' and 'bird' into something that resembles a pun. I'd just have two rules – first off, the fictional Pokemon in question would need to have literally any use outside of looking like Santa, and secondly, the presents should not be made of bird shit. That seems fair, right? That's all I ask.