The first episode of HBO’s The Last Of Us was remarkably faithful to the game, even going so far as to borrow dialogue, music, and individual shots. If you’re a fan of The Last of Us, you probably spent the first episode excitedly pointing at your TV like DiCaprio in Once Upon a Time… in Hollywood every time it referenced a moment from the game or foreshadowed an important plot point. Reviews indicate the show will start to take more liberties as it goes on, but so far it’s spot on with the look, tone, and plot of the game.

It’s so close to the opening hours of the game that the few changes it makes really stand out – and not always for the best. Most notably, the episode starts with a haunting excerpt from a 1960s talk show in which two scientists debate the causality of future world-ending pandemics. One of the panelists, played by the always ever-engrossing John Hannah, details what we are to understand is the source of TLOU’s zombie apocalypse. He posits that something similar to the ophiocordyceps unilateralis – the ‘mind control’ fungus that can infect carpenter ants and control their bodies – could one day become an existential threat to humanity if given the right conditions to evolve, i.e., global warming. It's a harrowing monologue that preys on our modern anxieties about both globalism and climate change, and by the end of it you have a clear understanding of what TLOU’s cordyceps are and how they turned the human race into mind-controlled monsters.

This scene doesn’t exist in the game, and for good reason. While most zombie fiction is preoccupied with the origins of the virus and the solution that will save humanity from the brink, TLOU decidedly isn’t. It is fundamentally interested in exploring the consequences of societal collapse rather than the source of it, which Joel and Ellie’s story is an intimate and personal journey, not an epic quest to save the world. In a typical story, our heroes would have traveled through hell to reach their goal, and Joel would have been willing to make the ultimate sacrifice to save the world. The fact that he doesn’t do that is what makes The Last of Us so interesting. Joel’s disinterest with the bigger picture and his unwillingness to be part of it is core to what TLOU is.

This opening scene that explains the origins of the outbreak only deals in the bigger picture. John Hannah’s character won’t (or shouldn’t) have a role in Joel and Ellie’s story, and the scene’s only purpose is to answer those world-building questions the audience has, which the game directs you to never worry about. This exposition begs so many unnecessary questions from the audience that risk distracting from the things that actually matter – which is already happening online. 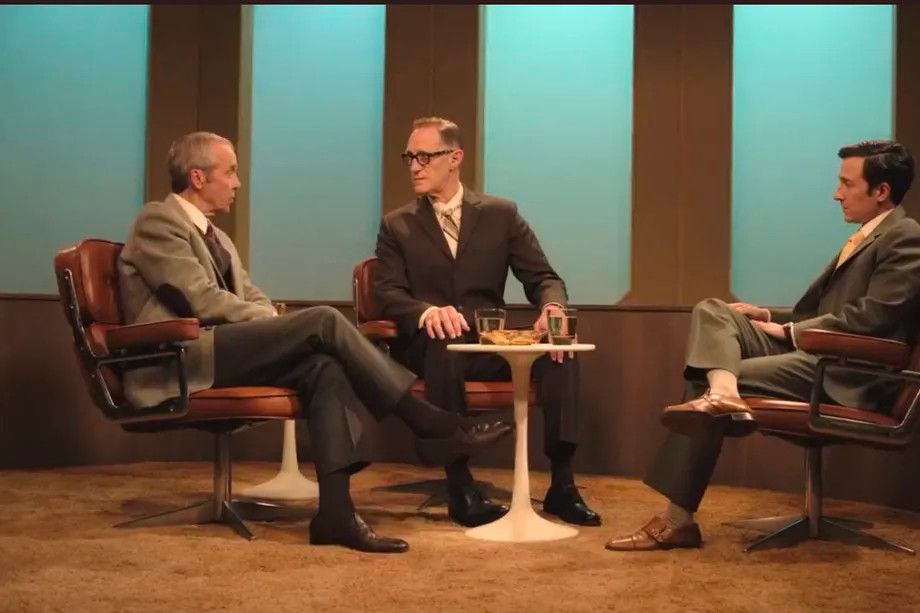 Even after the 1960s intro, the first episode is littered with hints about the cause of the outbreak. Fans have picked up on a throughline that connects the global flour supply to the virus while also explaining how Joel, Tommy, and Sarah avoided infection. Sarah can’t make pancakes for breakfast because they’ve run out of mix, Joel and Sarah refuse to eat the neighbors biscuits, Joel says he’s on the low-carb Atkins diet, Sarah leaves the neighbors house before she can taste the cookies they’re baking, and Joel forgets to bring home a cake. It’s frankly a comical number of examples of characters avoiding baked goods in one episode, but even something this on-the-nose has been dubbed a fan theory by would-be internet detectives. Yes, the infection spread through flour, can we move on now?

Why the first episode spent so much energy pointing to the source of the outbreak remains a mystery to me, as it doesn’t feel aligned with the story's main themes at all. Worse, it asks us to think about the cause and effect in a way that actively damages the integrity of the plot. The outbreak occurred in a sudden and explosive way all at once around the world, but how could that be if it was started by contaminated flour? Every cake, cookie, and box of pancake mix was produced and supplied to every store at the same time, and everyone consumed it on the same day? The infection was so ubiquitous and sudden that planes – presumably traveling cross-country – all fell out of the sky. Flour is a fairly shelf-stable food, it lasts at least six months in your pantry, but somehow everyone in the world was eating infected flour on the same day? I don’t buy it.

Nor do I really care either, but the first episode spends so much time drawing our attention to these details that I can’t help but question it. I’m not surprised that the internet is abuzz with all of this because people have an innate need to make sense of the unexplainable, and also, people just love to feel smart about the media they’re being spoon fed. But the game resisted the urge to spell things out this way and challenged players to instead live in Joel’s world and see things through his eyes. I wish the show had had as much courage to let some things remain unsatisfying.