Giant mechs are awesome, both fighting and piloting them, but you'll only get a taste of that in Wildcat Gun Machine. For the most part, you'll have access to the Gun Machine, a smaller, more portable, but still, destructive mech suit when activated.

The Beast has taken control of all the other mechs, and you'll have to remove its corruption if you want to pilot them for yourself. You'll also get to see what kind of weapons you'll get to test out once you take control as well as what upgrades your Gun Machine will get. The second power-up comes from Serbian, Mind Of The Beast. 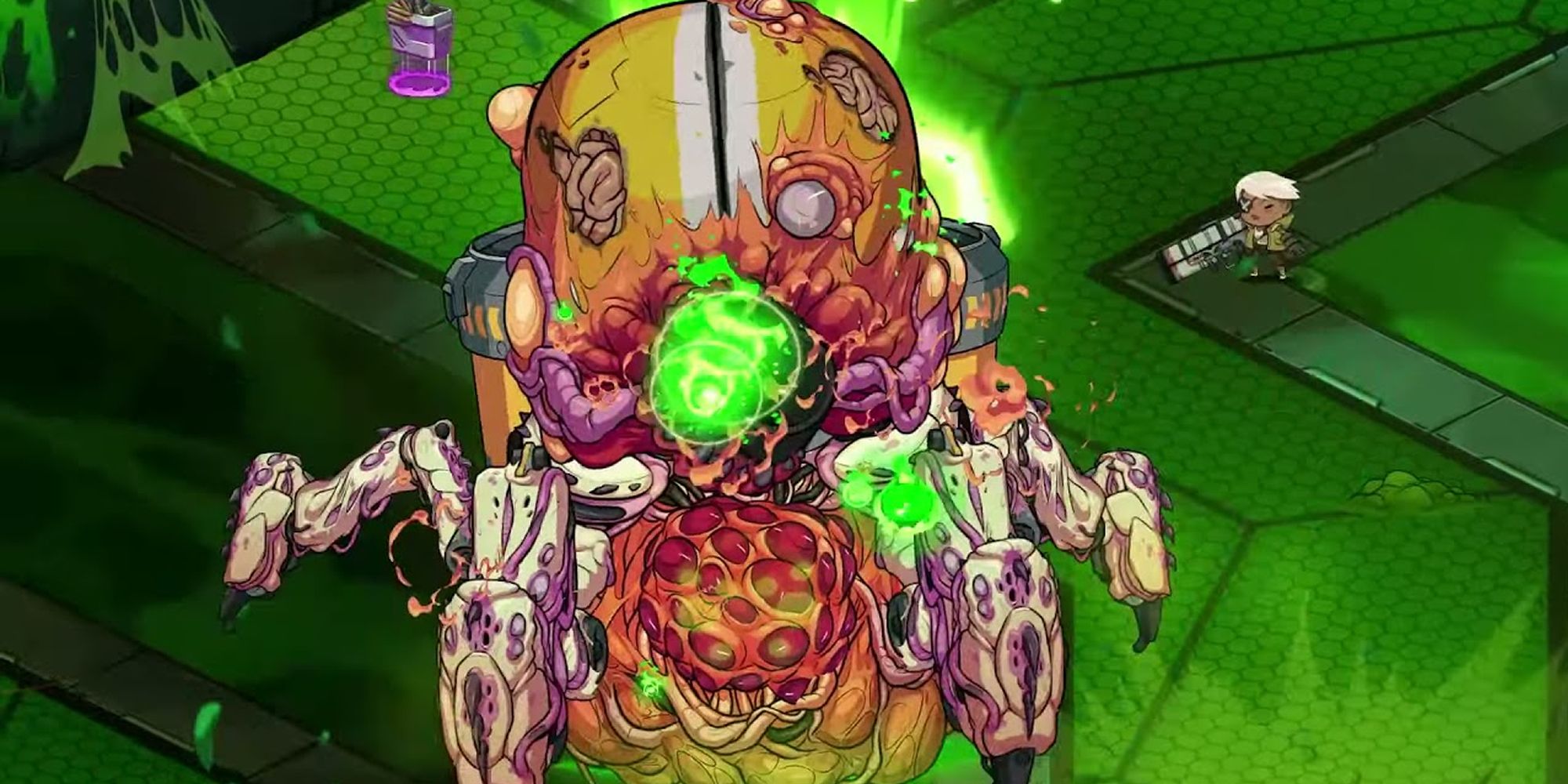 Though not in the sci-fi sense, many insects are able to operate in a hive mind. Since Act Two is all about them, you can see how the enemies will work together and use their complementary abilities to make things difficult for you. They can also be surprisingly intelligent which makes more sense as to why they're guarding a portal to the Beast's mind.

As if keeping in theme with the Act, Serbian has taken over a Spider-like mech. With the cockpit shell being carried around by several legs, there's a lot this combo can accomplish. As with many insects, it comes with a nasty bite and a nasty sting so watch yourself if you plan to swat it.

How To Beat Serbian, Mind Of The Beast 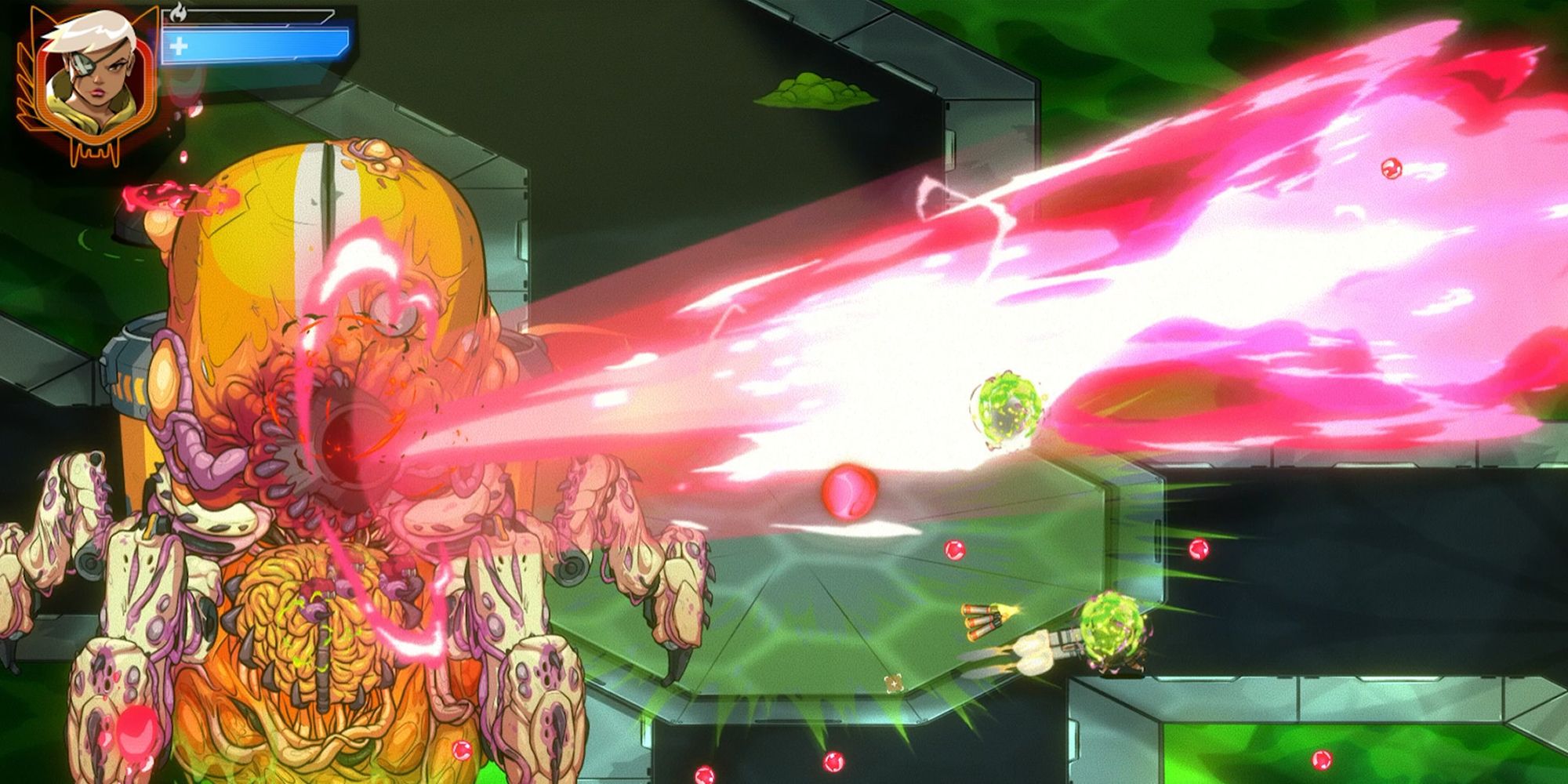 While this mutant-mech doesn't have the same artillery as others, it does have a variety of weapons. The most prominent firearm is its main cannon. As the centerpiece of this mech, Serbian does not hesitate to fire it in intervals.

It telegraphs its firing similar to a laser, but it covers a much wider area. When you see a thick line of red being aimed at you, get ready to Dash out of the way as it will follow you closely until it fires.

The mech will also be constantly firing bullets in streams, lines, and all around its body. The bullets don't have any special properties, but there are a lot of them. Combined with having to dodge the periodic main cannon, maintain your awareness so that you don't land right in front of a bullet wall. What's nice is that the mech will not pursue you, so you're free to make the most of the arena's space. 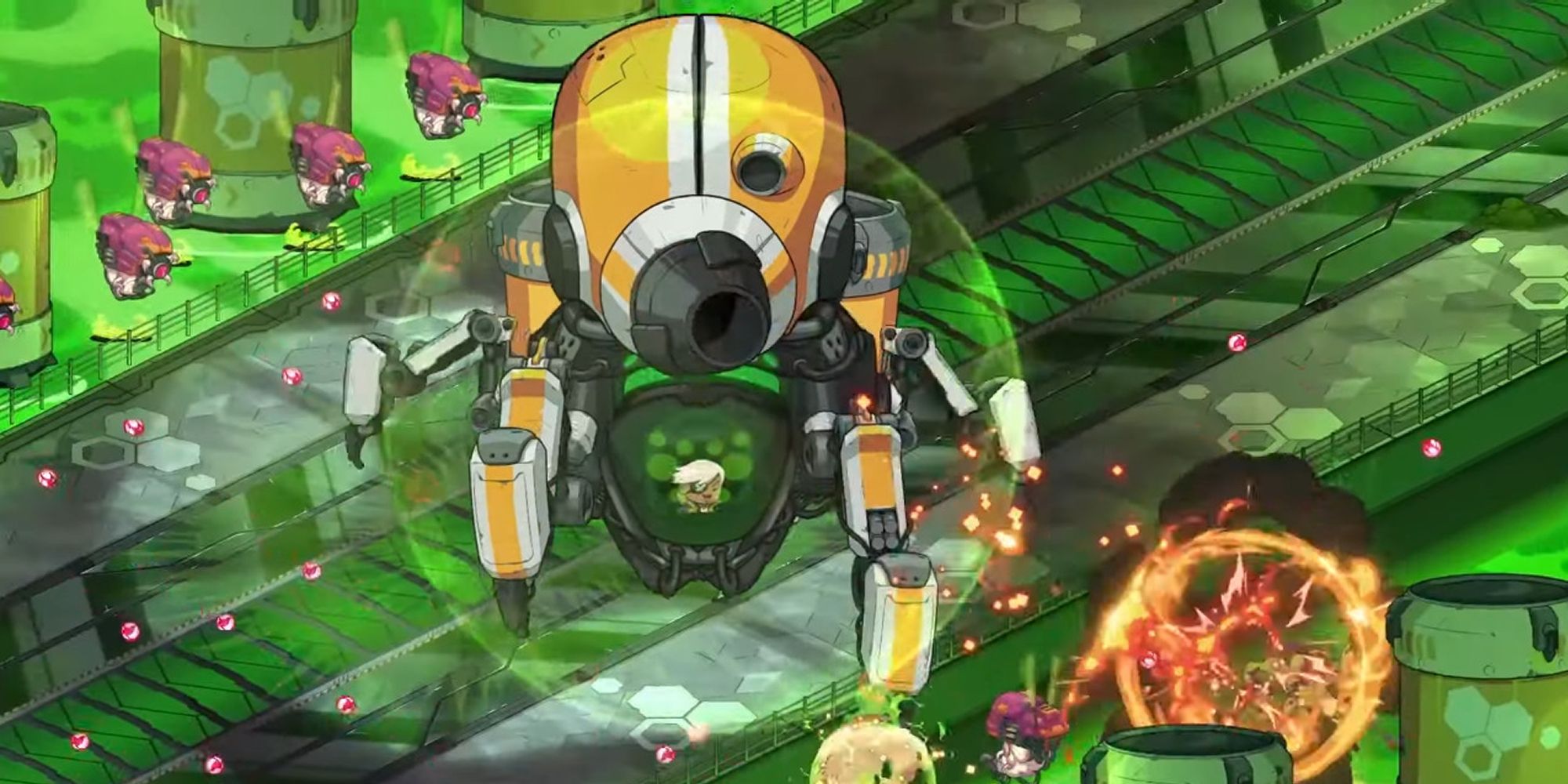 After it's taken some damage, Serbian will add its final weapon into the mix: Rotating lasers. It will shoot out several endless beams in a straight line from different points on its body and start to rotate them around its body. There's no way to avoid them, so you'll need to Dash through them all the while keeping track of the bullets and main cannon.

You won't have the opportunity to build up the Gun Machine before this fight, so don't waste it on Sluggoth if you have it. Serbian is not that dangerous up close and is a more mobile target, so try to keep it on the screen.

If you can throw a Flame Grenade when it plants itself, that will deal a good chunk of damage. In terms of firing, the Homing Missile weapon and pistol with homing bullets will land consistent hits.