When it comes to bullet hell games, it's common to not think about the story and that's how it is with Wildcat Gun Machine. From what can be deduced, you are a determined soldier plunging into the depths of unknown facilities full of horrifying creatures merged with machines.

As far as your goal, you need to clear out all the monsters you come across and take back the huge destructive mechs for yourself. In order to do that, you'll first need to contend with the different parts of the Beast, which have taken control of them. This includes its heart, also known as Votolato.

What Is Votolato, Heart Of The Beast? 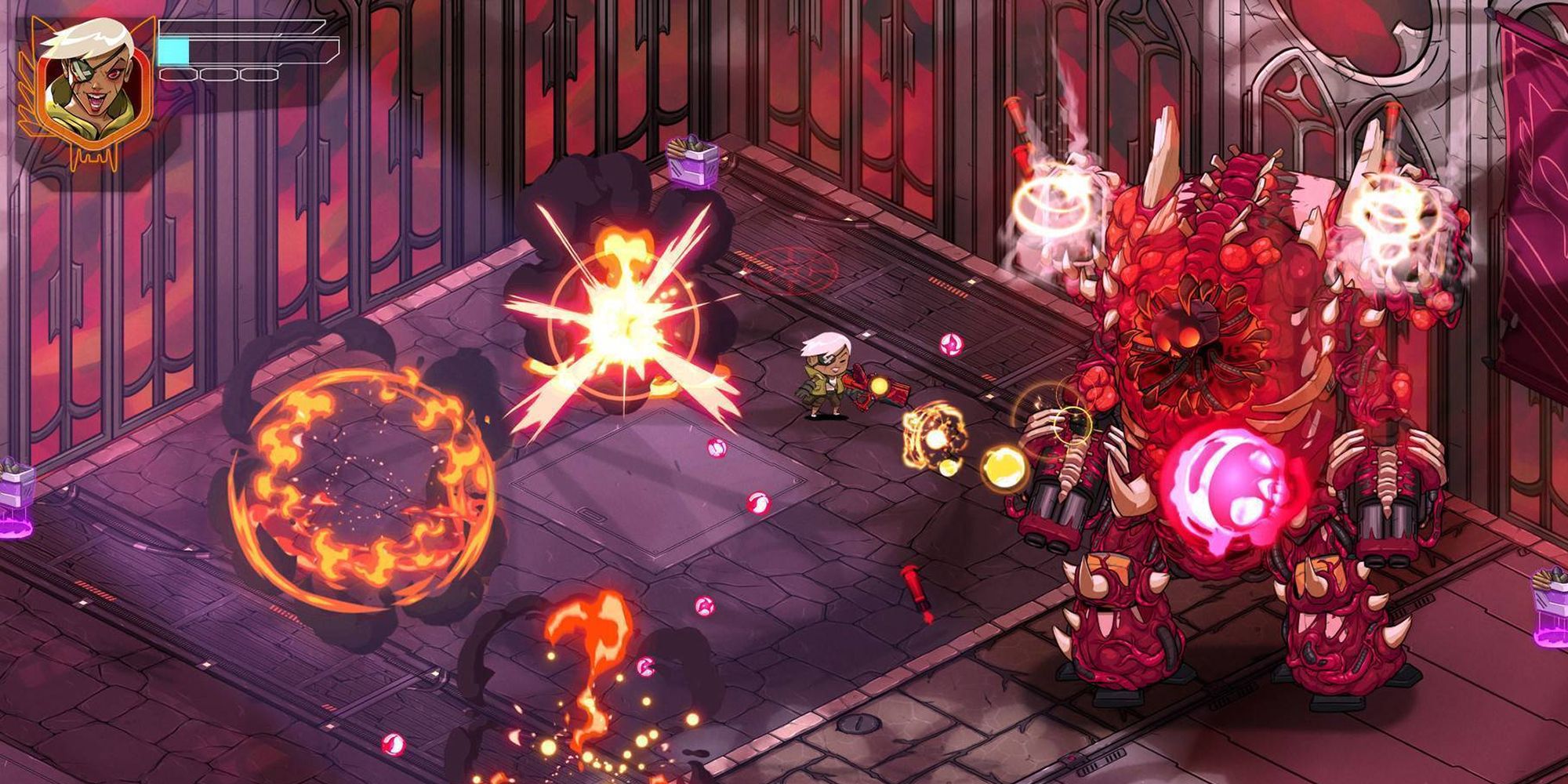 The main mystery of Wildcat Gun Machine is where all the corruption and monsters are coming from and why. Whenever you go into a room, they spawn out of nowhere with no other desire than to kill you. This also applies to the act bosses whose very presence seals the vault doors to the most dangerous technology.

In fact, they're sealing the way to the Beast which aims to spread corruption and destruction. You'll face it in pieces, and its heart is what you encounter in the Act One vault. Called Votolato, this force will take over a bipedal war-mech in the middle of a metal hellscape. It will then turn all of its weaponry on you.

How To Beat Votolato, Heart Of The Beast 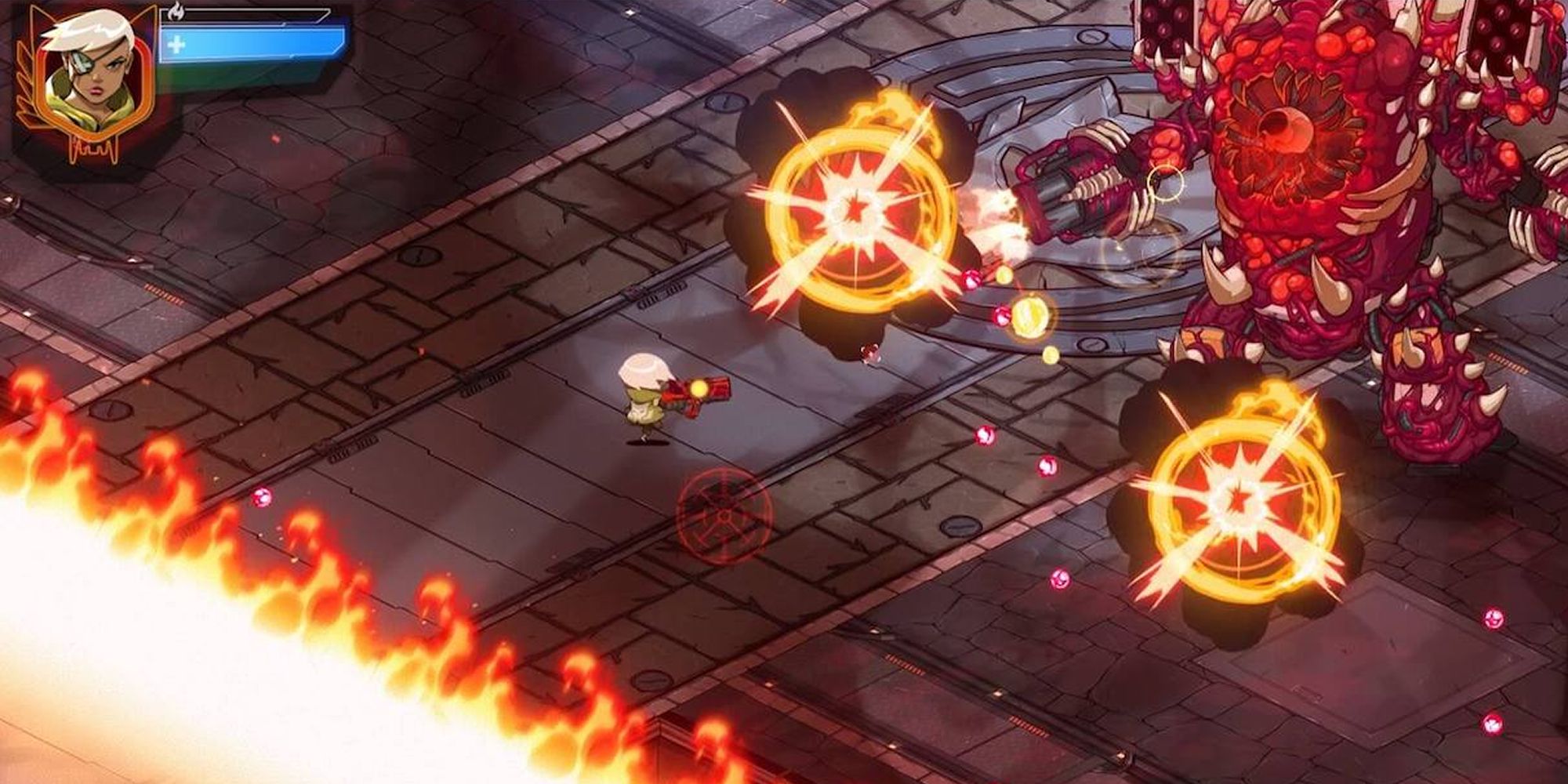 Although Votolato refers to the fleshy substance surrounding it, the war-mech is the real threat. It moves strategically around the arena to stay out of range and avoid your fire. All the while, it returns fire with frequent double-shots emanating from its body.

When it stops, it will use its main cannon arm to fire bullets in a spread and stream. The good news is that the environment you're in has a lot of room to move around, so you can prevent getting trapped.

It also has two particularly nasty weapons which it will use frequently. The main one is its artillery, being able to fire tons of missiles consistently during the fight. Their points of impact will always be indicated by red cross-hairs scattered around the field. 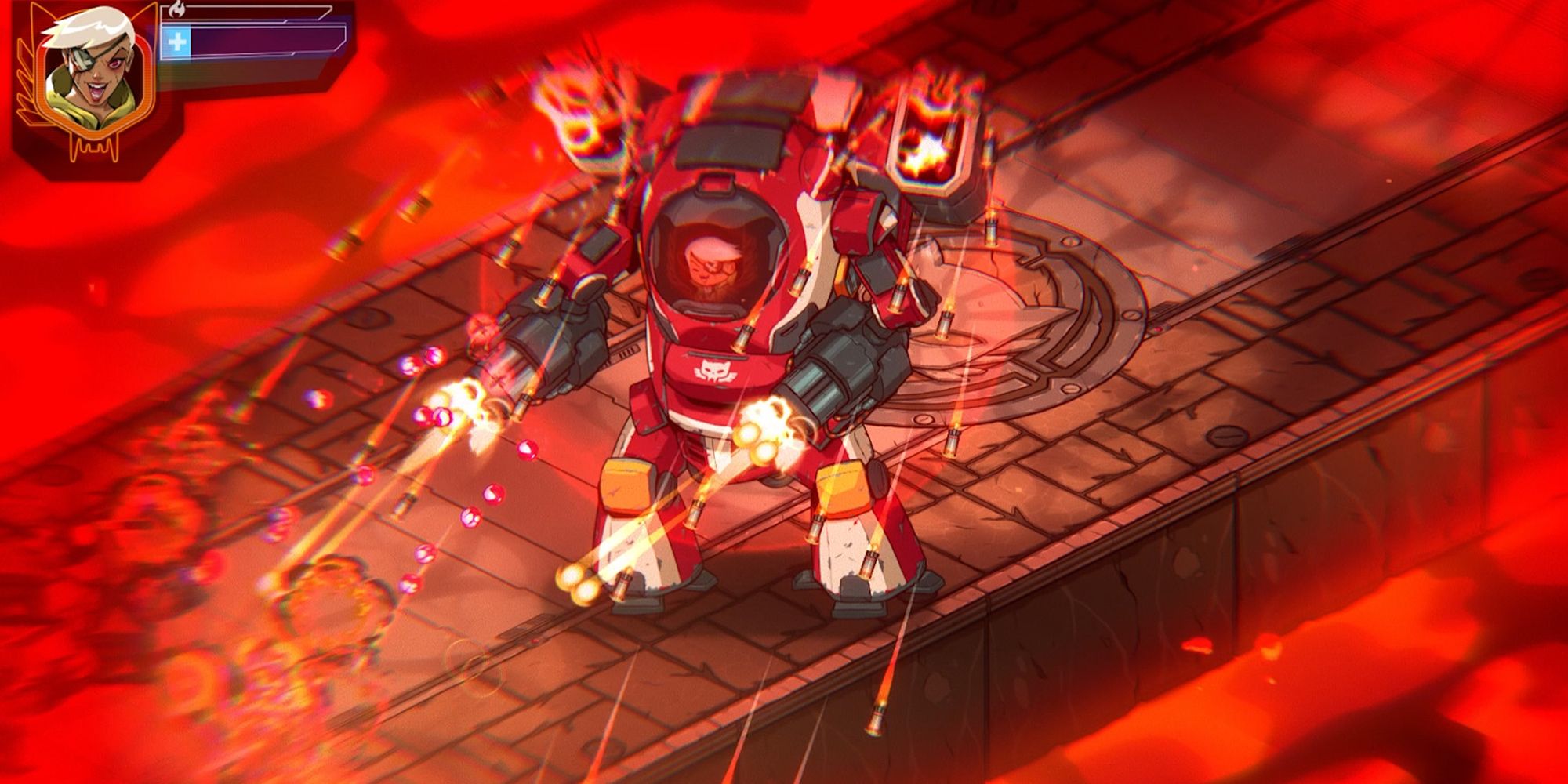 You'll need to constantly keep moving and make sure you're not near any of them as the missiles have some AoE reach. After taking damage, it'll start aiming at you to fire a precision laser. As soon as you see a long red line appear, prepare to dodge.

In preparation for this fight, make sure to hold on to the Gun Machine if you can so that you get in some good damage and invulnerability to get you out of danger.

The Disintegrator Beam is a solid choice for this fight. It has high damage, and you'll be able to hit Votolato from all edges of the arena. This also will give you quick access to the Ammo Refills when you need them. Whenever you find yourself getting close to it, be sure to throw a Grenade for some extra damage.