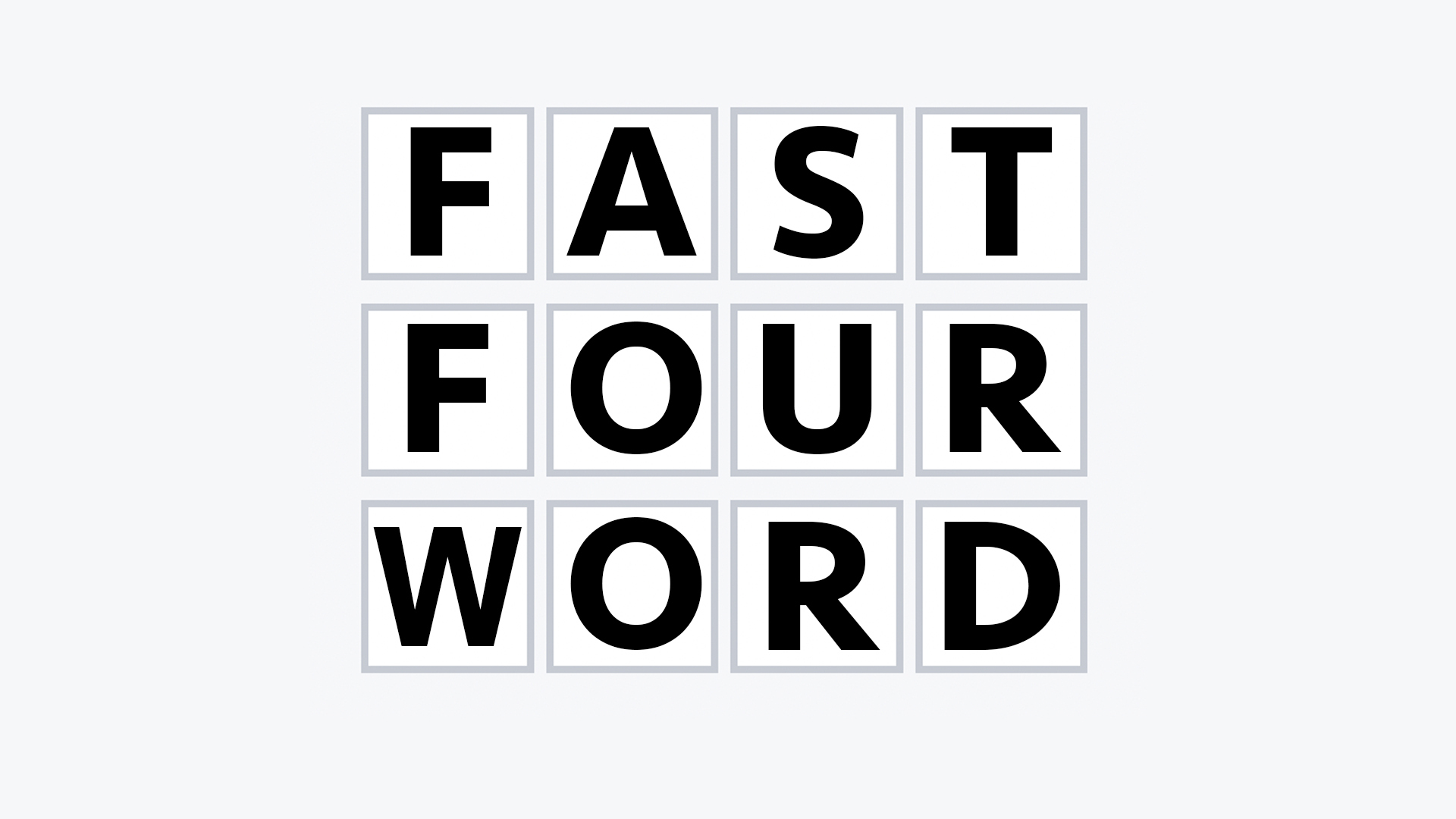 Rather than just make four-letter Wordle, one fan has switched things up and is offering a more challenging take on the puzzle game.

If there’s a version of Wordle which has you only needing to guess a four-letter word, we haven’t seen it yet. One hobbyist, however, has created something along those lines, but slightly more interesting and unique.

Although it doesn’t feature the -le suffix like most other Wordle clones (even ones like Hollywoodle that aren’t even word related), Fast Four Word clearly takes inspiration from The New York Times’ word game.

The key difference is that, rather than try and guess a single four-letter word, you’re trying to guess as many as you can within a strict time limit of 44 seconds.

On paper, that sounds incredibly easy. So, to give players more of a challenge, you’re given one word to start with and you need to create a chain of different words by changing only one letter in the previous one.

Let’s say the starting word is MALL. Your first word can be something like TALL, MILL, MAIL, or MALE.

However, with each subsequent guess, the letter you changed is highlighted and needs to be kept for the next one. So, if you went with TALL, you can’t replace the T for the next word.

The game does give you the option to bypass this by double-clicking the highlighted letter, but this adds a four second penalty, making it something you want to avoid doing if you want a decent high score.

Each guess also adds a time bonus to help keep your streak going. The number of seconds added depends on how commonly used the highlighted letter is. So, the rarer it is, the more seconds you’ll be given.

Much like Wordle, the starting word will change every day and it tracks your statistics, like your highest streak and the average amount of new words you use.

In a neat touch, you’re given a personal lexicon which keeps track of every word you’ve used during your play sessions.

There’re apparently 4,585 potential words you can use, and it even categorises them by letter.

You can try the game for yourself here and it’s certainly more difficult than it may sound. It’s also a different kind of challenge compared to other Wordle alternatives like Quordle, which has you try and solve multiple word puzzles at once.

Just a head’s up, if you follow the link on a PC or laptop, you may be met with a blank screen that reads ‘Unfourtunately, we can’t fit everything on your screen. Please rotate your device’ (yes, ‘unfortunately’ is spelled that way before you ask).

If this happens, just reduce the zoom on your screen a bit and it should start working fine.