PvP in World of Warcraft can often feel like a chaotic rush of pressing buttons and keeping up with your rotation. Warriors, rogues, and druids know the value in this style of play, often bursting down an enemy with combos they know by heart.

However, not all classes are so hectic or have such a high skill ceiling. Some, such as frost mage, are slow and methodical, often keeping to the back lines to provide some much-needed utility for their team. But if they’re set up properly, they can also deal out a ton of damage with a click of a button. Here’s what you need to know about playing frost mage in PvP in Dragonflight.

Of course, playing a frost mage isn’t for everyone. You might not be at the top of the charts and rack up the most killing blows with every battleground. Yet with how much utility is afforded to you, you’ll be a hidden master of the battlefield, controlling the flow of every fight and deciding which target your team will destroy next. If that sounds like your style, then frost mage is the perfect pick. 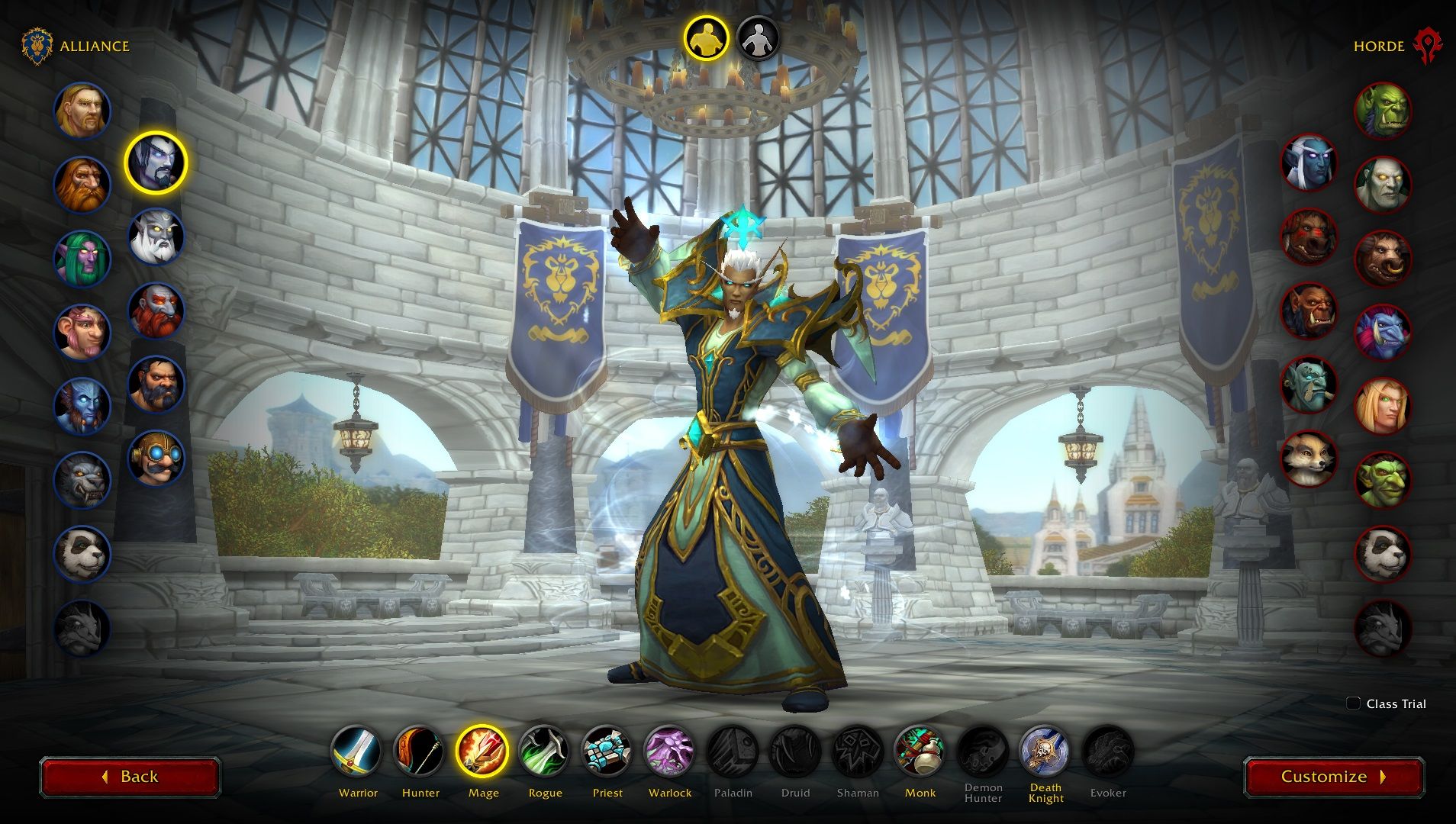 When it comes to deciding your race pairing for frost mage, you have the pick of the litter, as Dragonflight recently ensured that any race in the game can effectively be a mage. However, there are still optimal picks for how well they play into the class.

Gearing Up For PvP 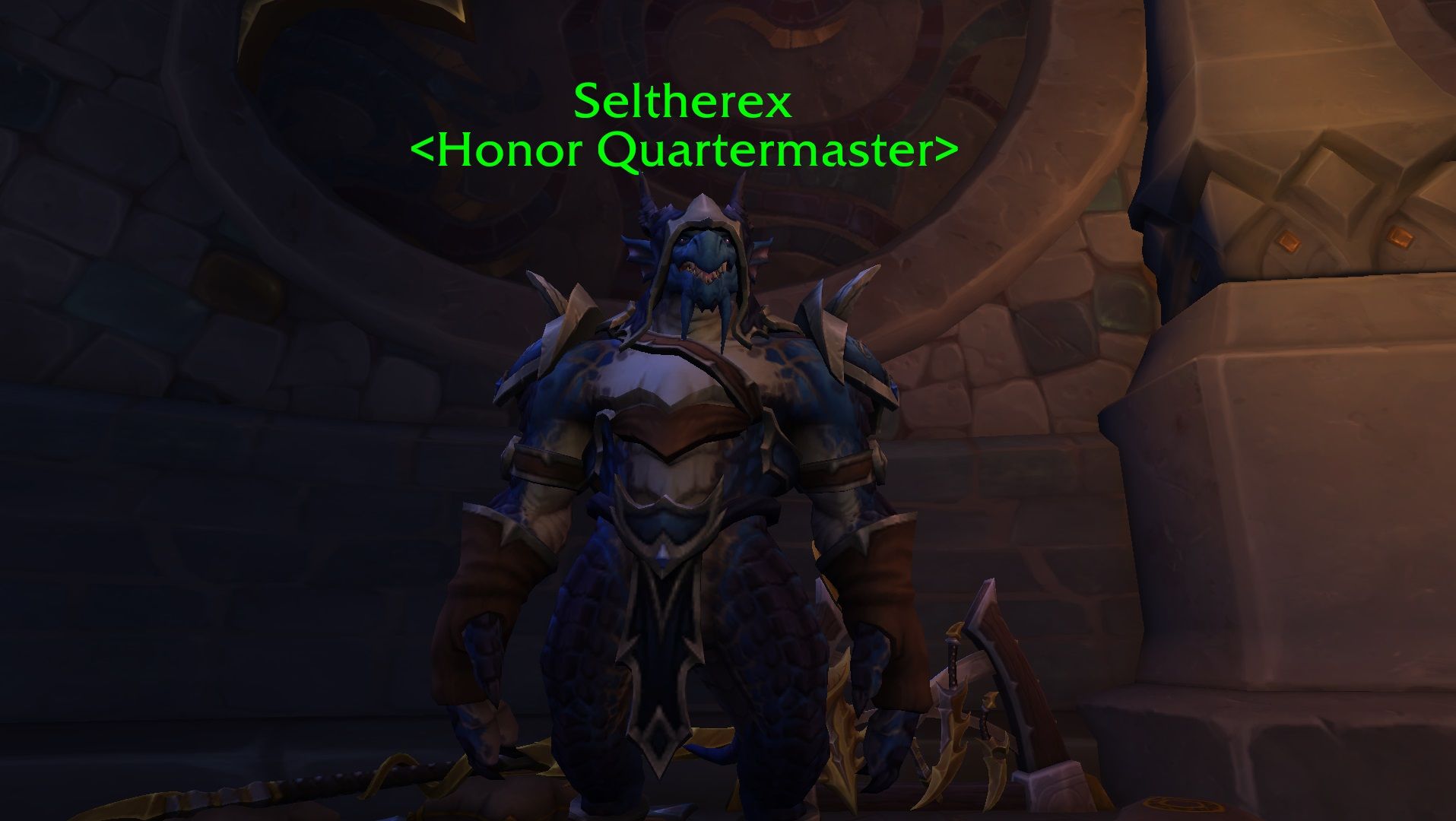 If you attempt to queue up for PvP right after you’ve hit max level in Dragonflight, you may find that others geared better than yourself blitz across the battlefield to leave you dead in seconds. While that can be disheartening, there are a few different ways to increase your own item level to give you the best odds of winning in a fight.

You should be on the lookout for gear that increases your intellect as with any spellcaster, that's where the vast majority of your damage will come from. However, since a frost mage spends their time juggling casting speeds, haste is another stat to prioritize when looking for the right gear, as is versatility and mastery, which increases your overall damage and your icicle's damage, respectively.

World quests, dungeons, and crafting can all provide you with a decent start after hitting level 70, able to gear you up to item level 340, or 360 if you want to do heroics. However, if you’re serious about PvP, you’ll want to pick up the Crimson Aspirant’s Set, found from Seltherex, an honor vendor in the Gladiator’s Refuge in Valdrakken.

While it’s only item level 340 blue gear normally, it boosts your item level to 411 in battlegrounds and arenas, giving you an edge over most other players. It also costs honor, which can be earned through a win or a loss in PvP.

There are two cloth sets available, and for Frost Mage specifically, you’ll want to buy the one that prioritizes haste and versatility.

You can increase these stats further through different enchants and gems, as well. Enchant Chest – Reserve of Intellect increases your primary stat and your mana pool, while Enchant Ring – Devotion of Haste and Enchant Weapon – Wafting Devotion both serve to speed up your rotation. Fierce Illimited Diamond, Energized Malygite, and Keen Neltharite are all great gems for boosting your haste, versatility, and mastery. 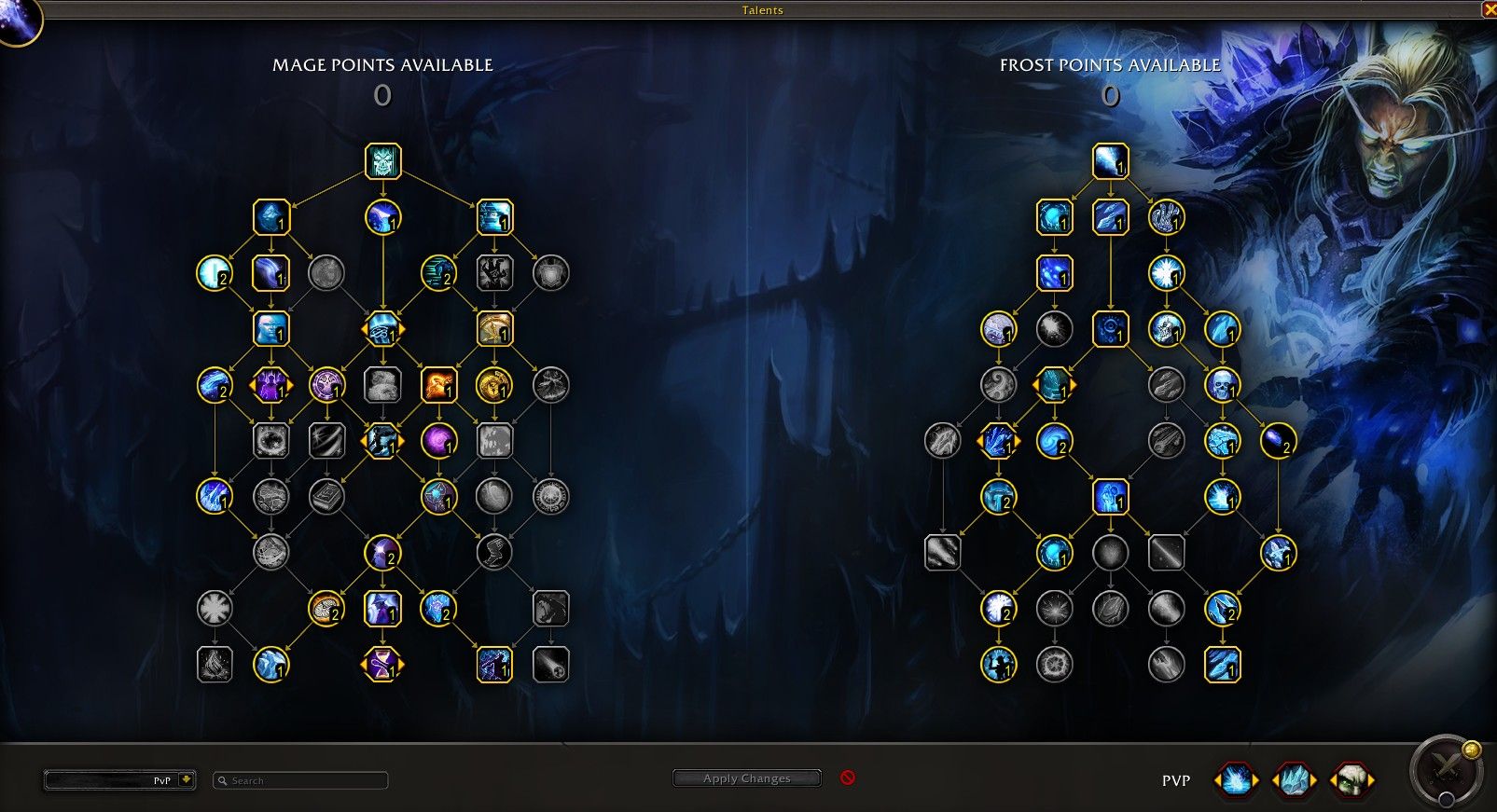 When it comes to PvP, utility is of the utmost importance, and a mage’s kit is overloaded with it. From dispels and interrupts to polymorphs and slows, there are few classes that can do it as well as mage. Frost takes this to an extreme, offering freezes that act as stuns and even more slows.

For the main mage tree, you’ll want to focus on aspects that offer utility. Alter Time, Frost Nova, and Mass Slow are abilities that work great in a pinch and in larger team fights. You’ll also want to pick up Cryo-Freeze, enabling your Ice Block to act as last resort healing, and Ice Floes to cast while moving. Displacement works well as an escape tool, and Freezing Cold is a must for a frost mage.

For the specialization tree, a frost mage flourishes under a single-target Frostbolt build. Some abilities like Ray of Frost or Comet Storm may be tempting, but they’re not needed. Instead, you’ll want to focus on increased damage to frozen targets, and you’ll want to build into Glacial Spike with Flash Freeze and Cold Front with Freezing Rain.

For the PvP talents, Ice Wall is a great pick for battlegrounds, but it can be swapped out with Ice Form or Concentrated Coolness for arenas. Snowdrift is always a strong ability for when you get surrounded by enemies, and Precognition allows you to benefit from other people making a mistake. 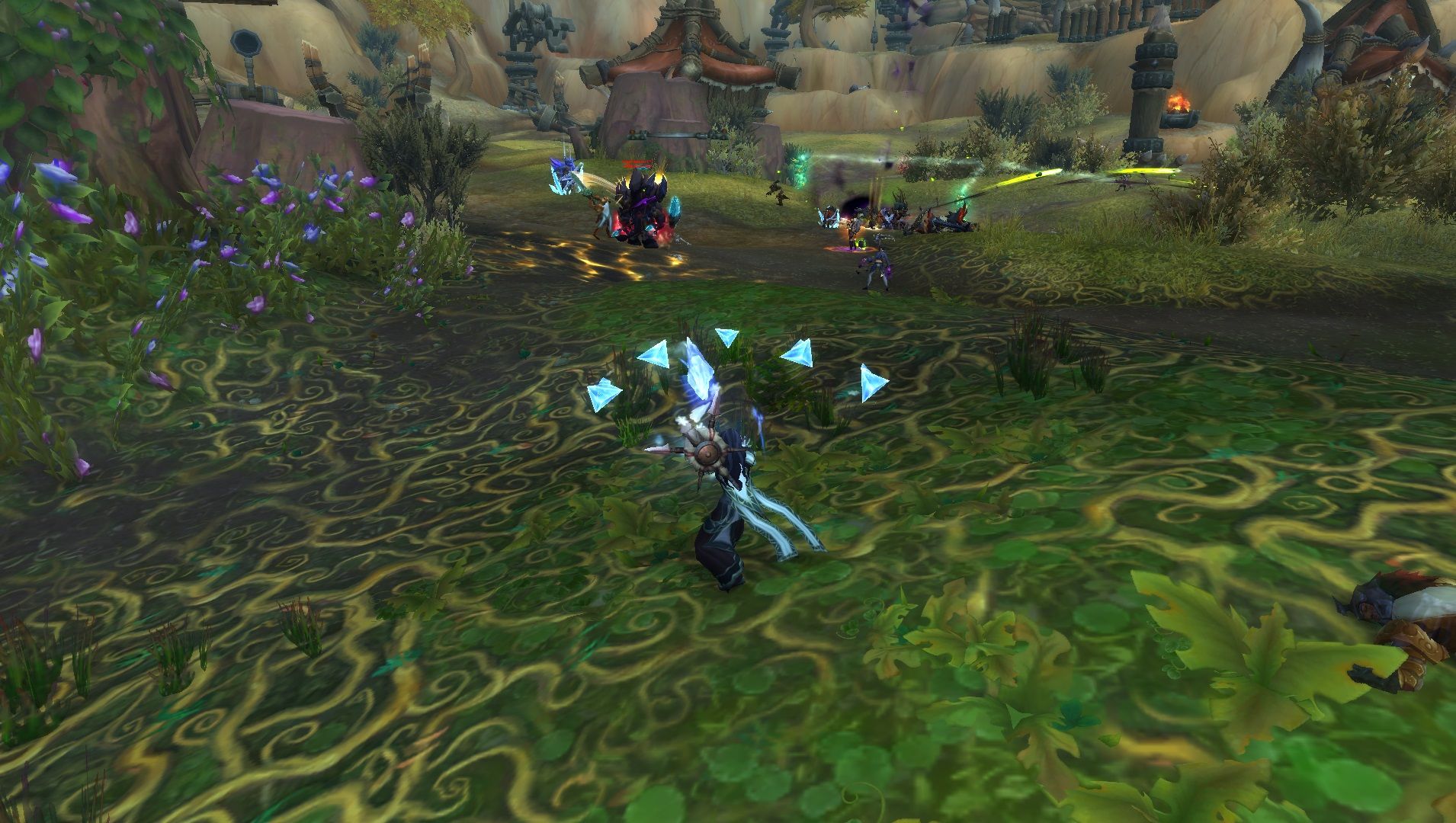 Playing frost mage isn’t quite as complicated as other classes, like Feral Druid or Assassination Rogue. There are no complex combos to remember, and the rotation is pretty self-explanatory.

Your main ability will be Frostbolt, and it should be able to do decent damage with the right talents. You’ll want to use it to build icicles, and then when you have four, use Flurry. This will give you a fifth and apply Winter’s Chill to the enemy, which will make your next two abilities deal damage as if the enemy was frozen.

Once you have five icicles, try to hit the enemy with Glacial Spike while Winter’s Chill is still active. This will deal absurd damage and works well as an execute, often wiping out 30 to 70 percent of the enemy’s health bar. Then, while they’re frozen from Glacial Spike, repeat.

Ice Lance should be triggered whenever you have a proc of Fingers of Frost, as it will grant an icicle.

Frozen Orb and Blizzard should be used whenever there’s a large team fight, as they provide both good damage and utility in the form of slows for the rest of your team to take advantage of. 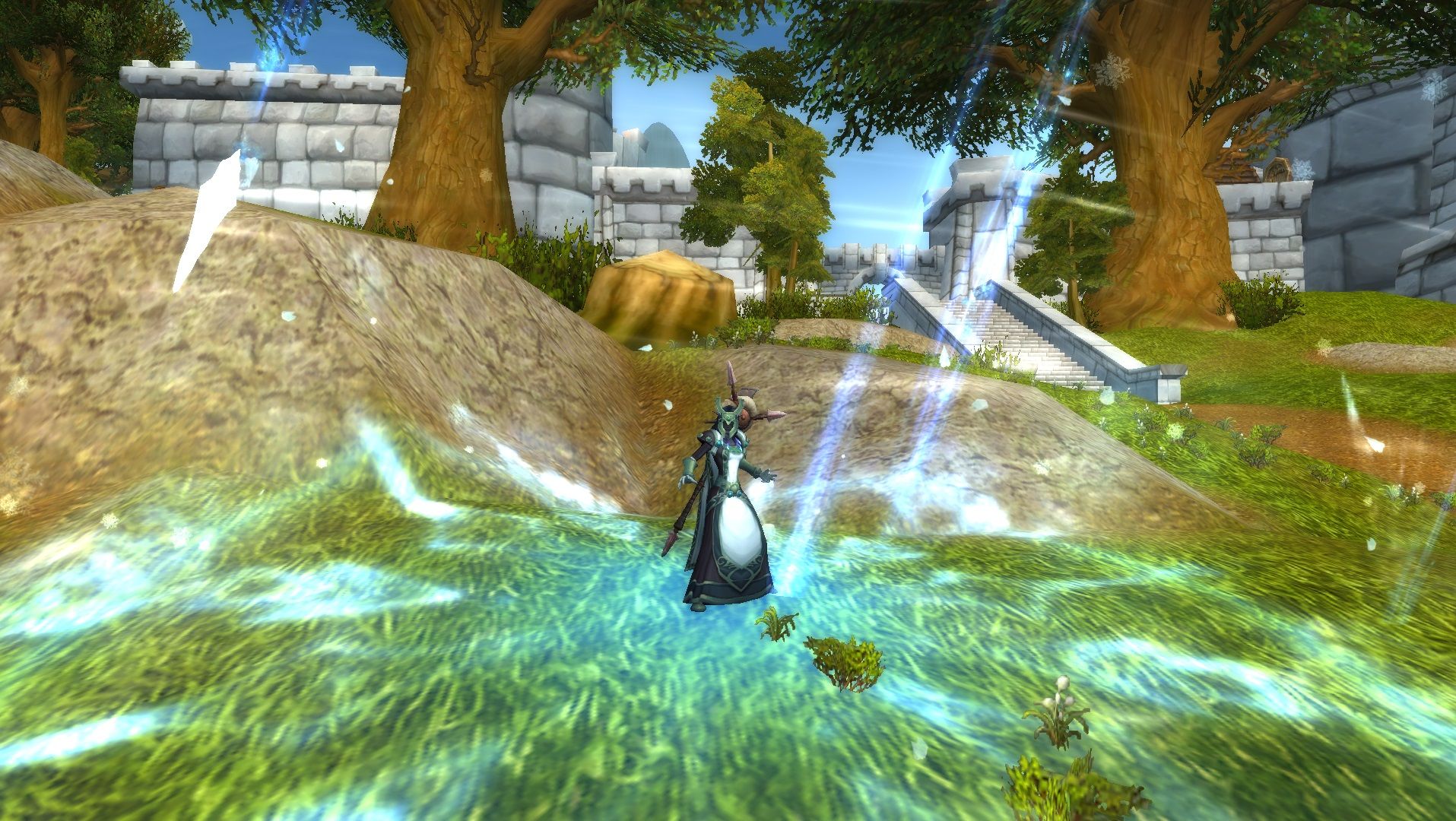 As a mage, even though you have a good damage output, you can’t take much damage in return. Be sure to always use Ice Barrier to absorb hits, and try to stay with your team in the back lines, as they will protect you and you can offer your utility in return.

There are several abilities that you may want to think about hotkeying:

Cone of Cold, especially with the Freezing Cold talent, is a surefire way to freeze the enemy for huge hits. Counterspell allows you to quickly interrupt any spellcasters, and Ice Floes can be used while you’re casting.

Further, you should always be thinking about using Ice Floes. A spellcaster’s weakness is that they’re required to stand still, but Ice Floes allows you to reposition around a battlefield while still dealing damage and applying slows.

Finally, your mobility abilities are your best friend when you get into a sticky situation. Learn how to weave together Ice Floes and Blink to keep melee enemies away from you, and Displacement and Alter Time can effectively confuse your target on your exact location.