While learning all of World of Warcraft: Dragonflight's new dungeons can be an enjoyable experience, it can also be a stressful one. Players adapt quickly to Mythic Plus routes and strategies, and you are expected to know exactly what to do in a short space of time. Located in Southern Azure Span, The Azure Vault is a tricky dungeon that can be a daunting challenge for aspiring Mythic Plus runners.

This guide will help you get to grips with one of the new Dragonflight dungeons, by teaching you about the various bosses and trash of the Azure Vault, including their mechanics and strategies, the best Mythic Plus routes, key sections, and skips, as well as what loot can be obtained from completing the dungeon.

The key aspect of the initial trash packs in the Azure Vault is the Shrieking Whelps. Many of them are patrolling the early corridors, and are surrounded by a small circle. If any player moves into this circle, they will cast Shriek, activating nearby dormant enemies. This can cause a wipe if the group is not prepared, and the typical route will see you skip every whelp you can, so make sure you don't accidentally pull them.

After the initial packs of Conjured Lashers, you should drop off the left ledge into Leymor's room. 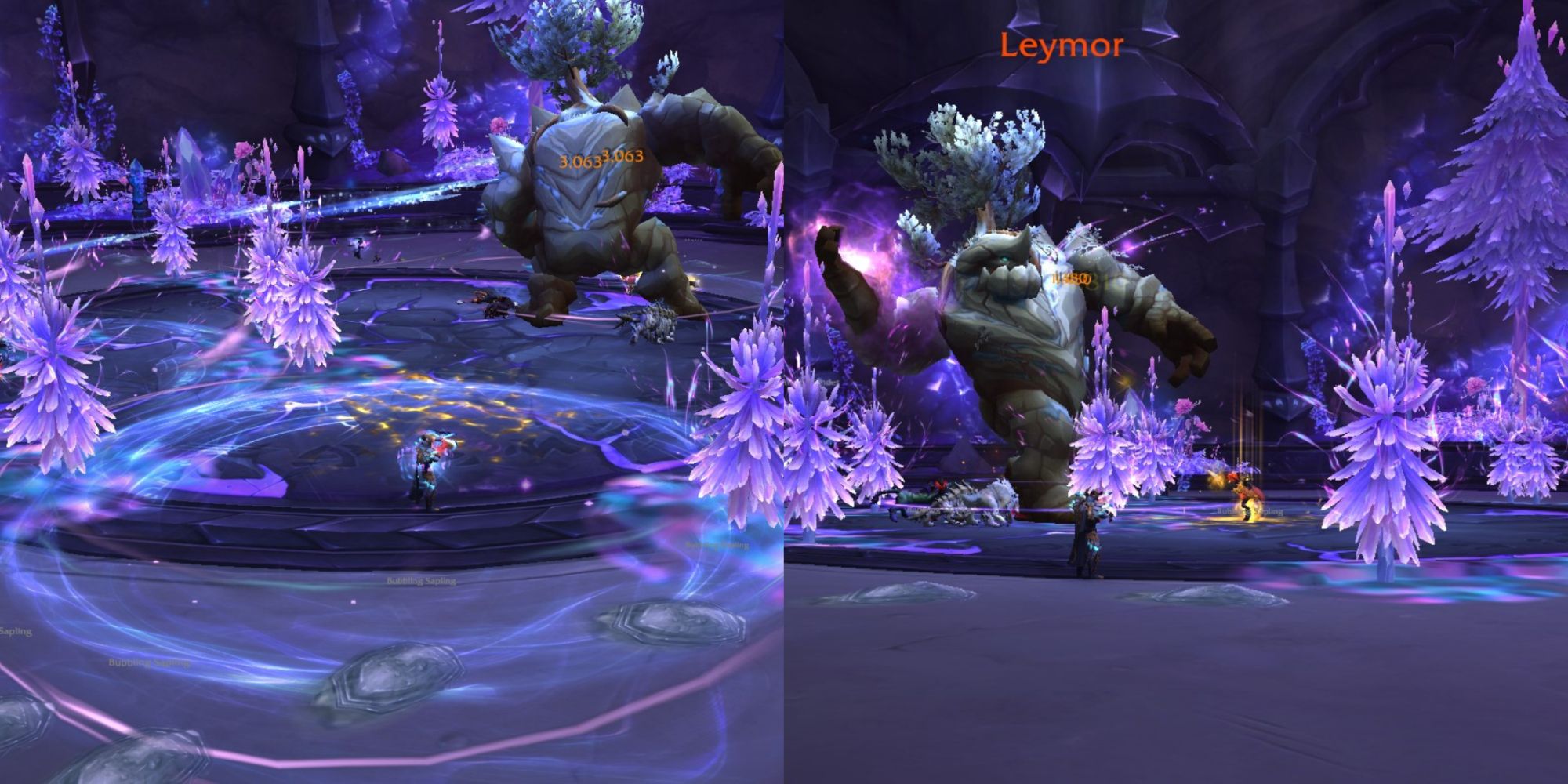 The first boss in the Azure Vaults is Leymor. It's a relatively simple fight, but performing the mechanics correctly is imperative, and your Healer should prioritise topping people quickly, as each of his moves deals a high amount of damage. 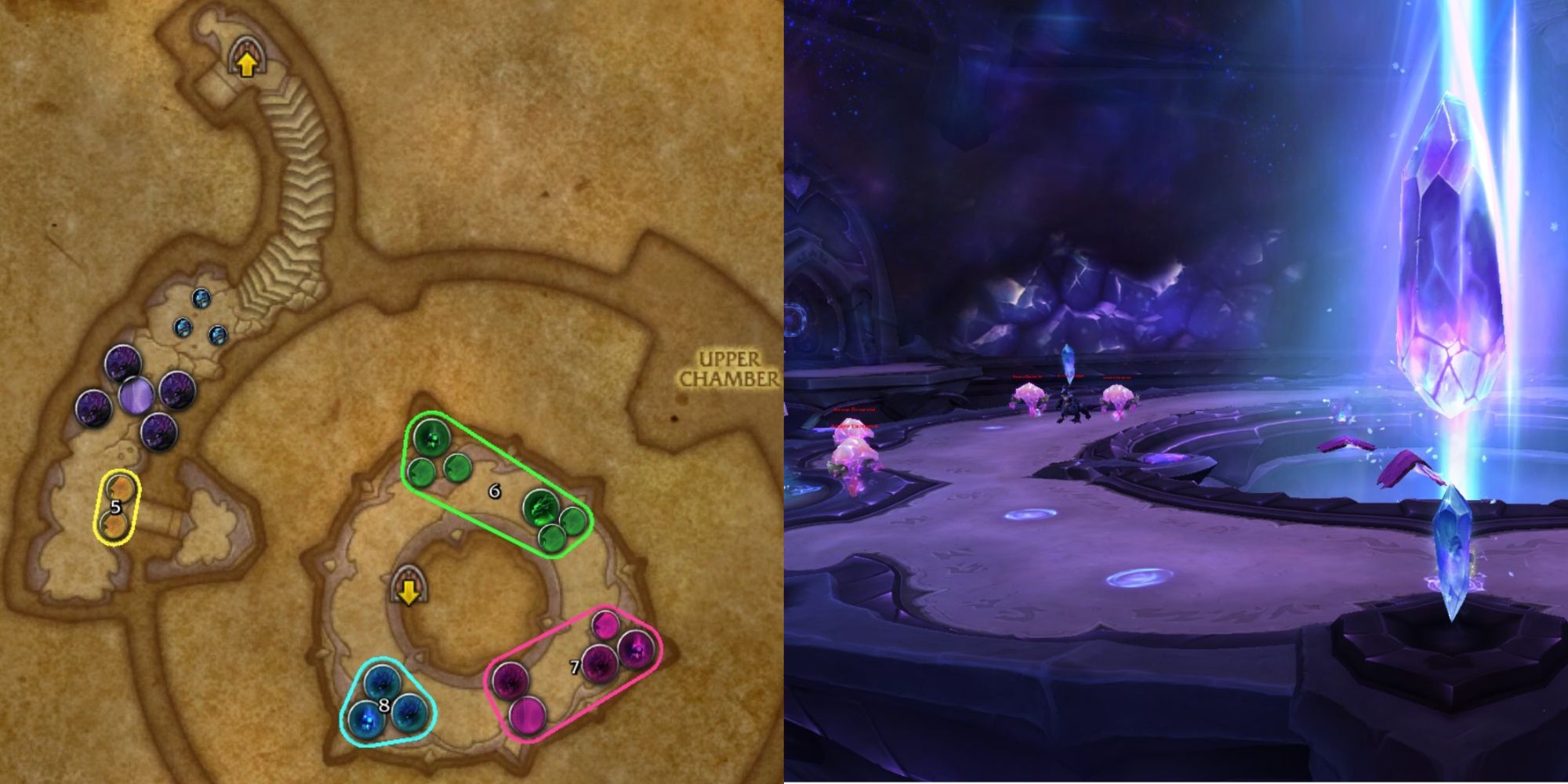 After defeating Leymor, you will have a long and difficult trash section. Most packs are unskippable, as you will need to kill them in order to activate the magical Books of Translocation, which will transport you down through the various rings of the dungeon.

Most of this trash either has deadly mechanics or key interrupts to watch out for, so try to apply as much crowd control as you can to these enemies. 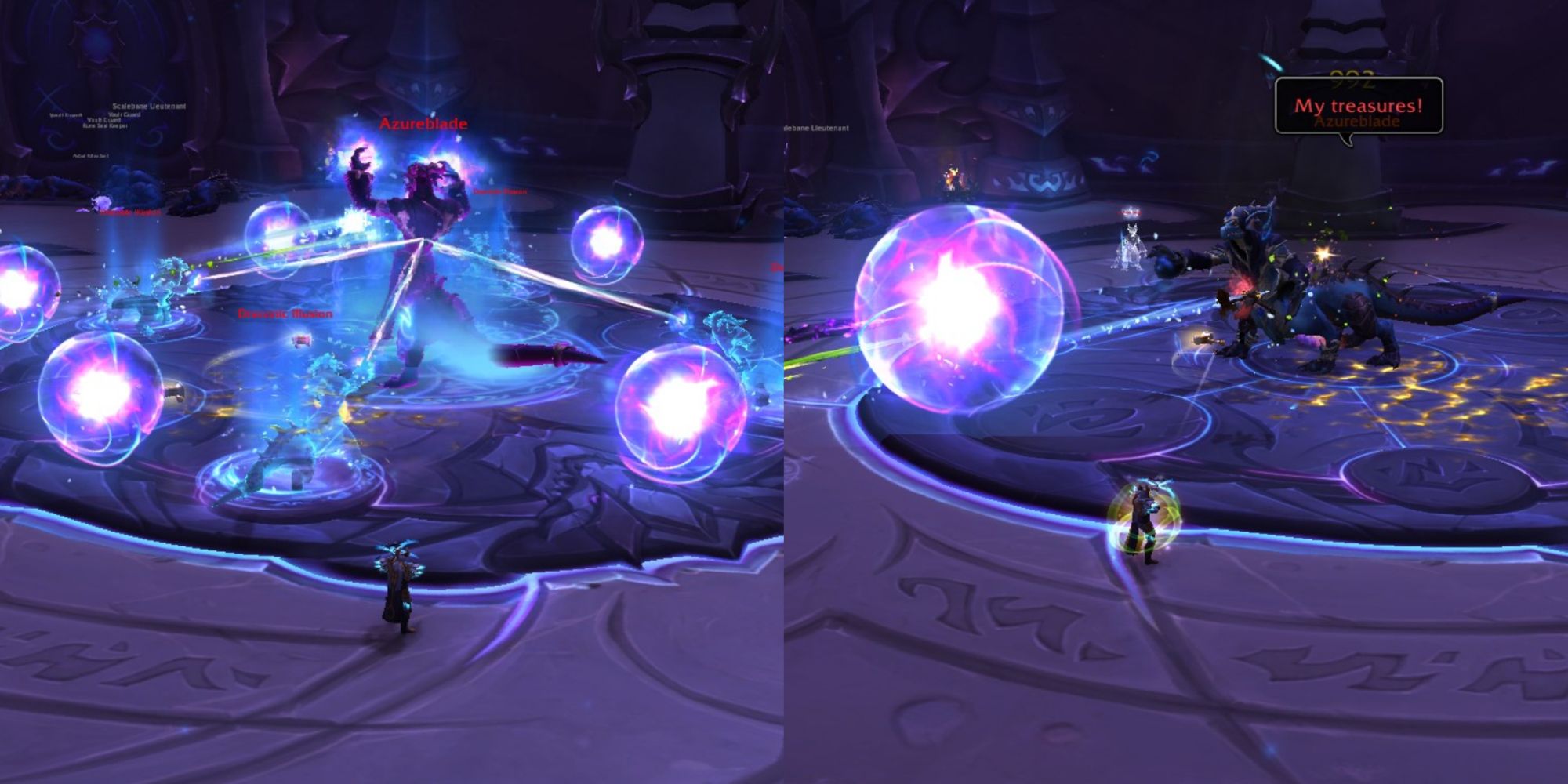 The Azureblade fight may not have many mechanics, but each of them is extremely impactful, and she is considered one of the harder bosses in Dragonflight. Reducing the number of Overwhelming Energy phases is imperative, so using a cooldown such as Bloodlust/Heroism is a great strategy on this boss. 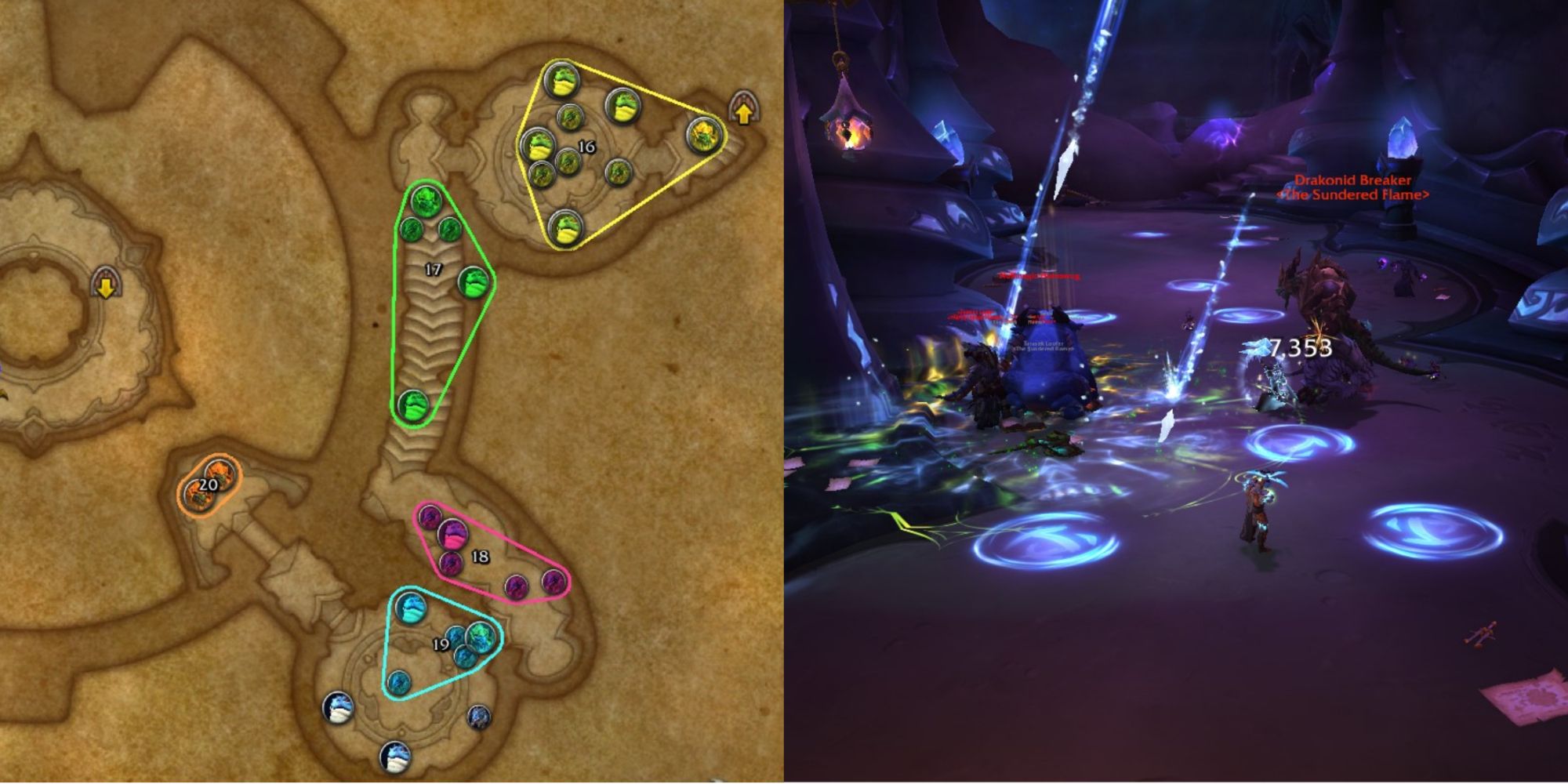 If you beat Azureblade, there is a relatively simple final trash section between you and the next two bosses. Depending on how you pathed earlier, you can afford to skip some of the Hornswogs as there is more than enough percentage available. 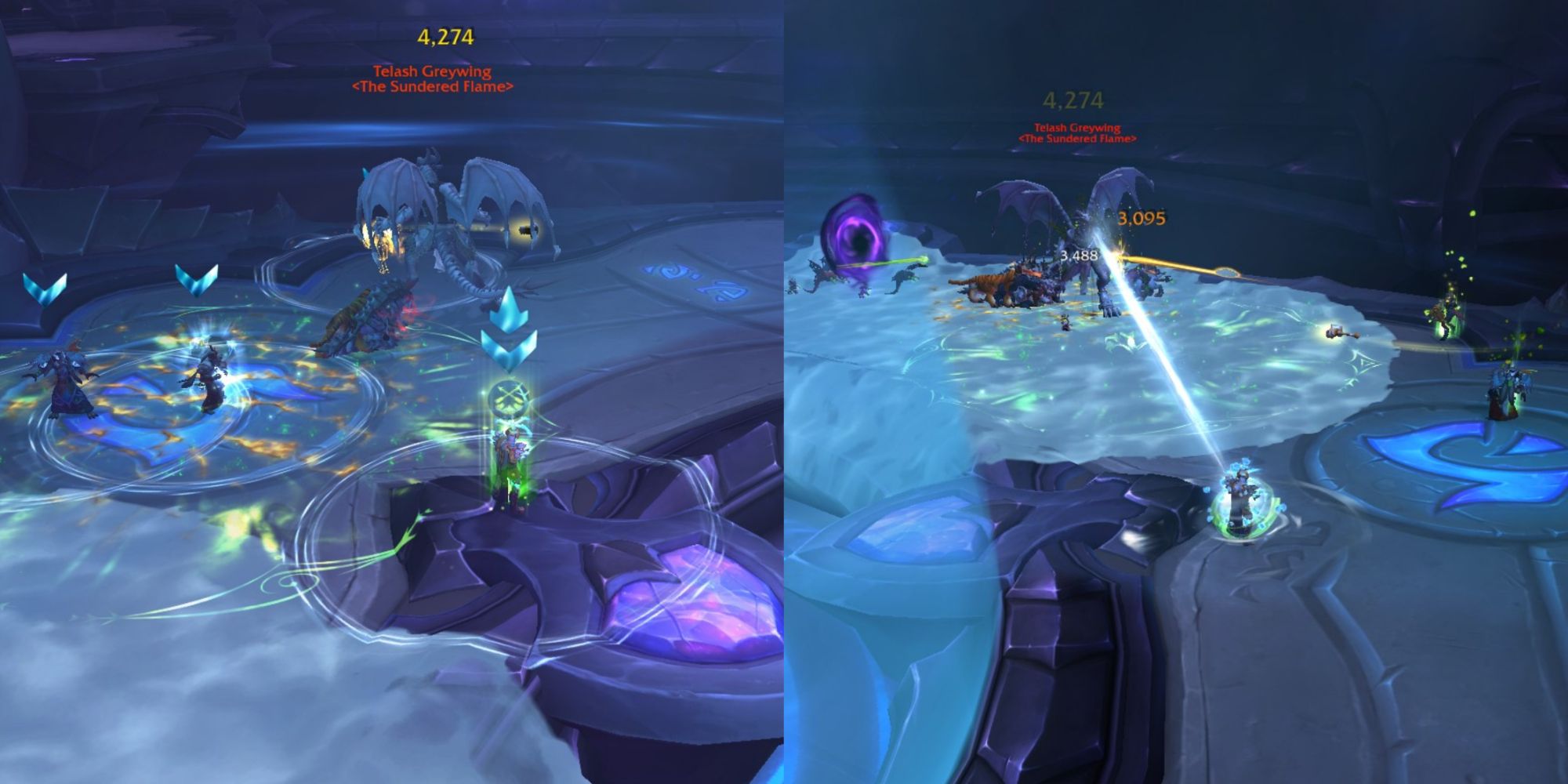 The penultimate boss of the Azure Vault is Telash Greywing. A very simple fight, everything he does inflicts high damage, so play safely, and you should be able to bring him down with relatively little fuss.

There is no trash between Telash Greywing and the final boss, so your cooldowns may not be up for the Umbrelskul pull. He is a fight that gets progressively tougher the longer it goes on, but with good tank positioning and making use of your movement utility, you can make it much easier for the group. 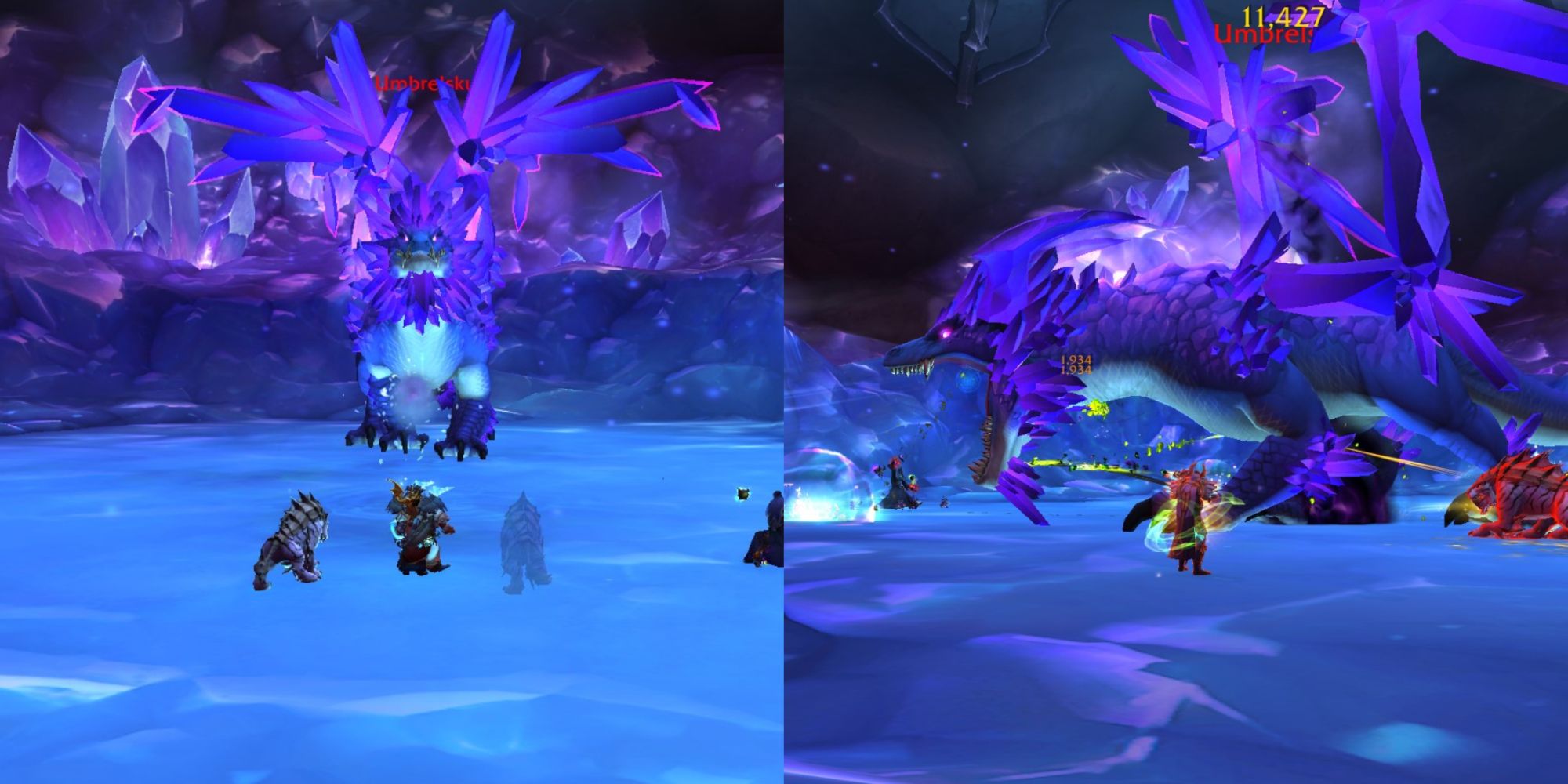 Your Tank should be aiming to tank Umbrelskul at the edge of the room, and drag him around the edge in order to group up the Crackling Vortex orbs. This will give your group much more room, and also let the Detonating Crystals spawn in closer proximity to the boss. 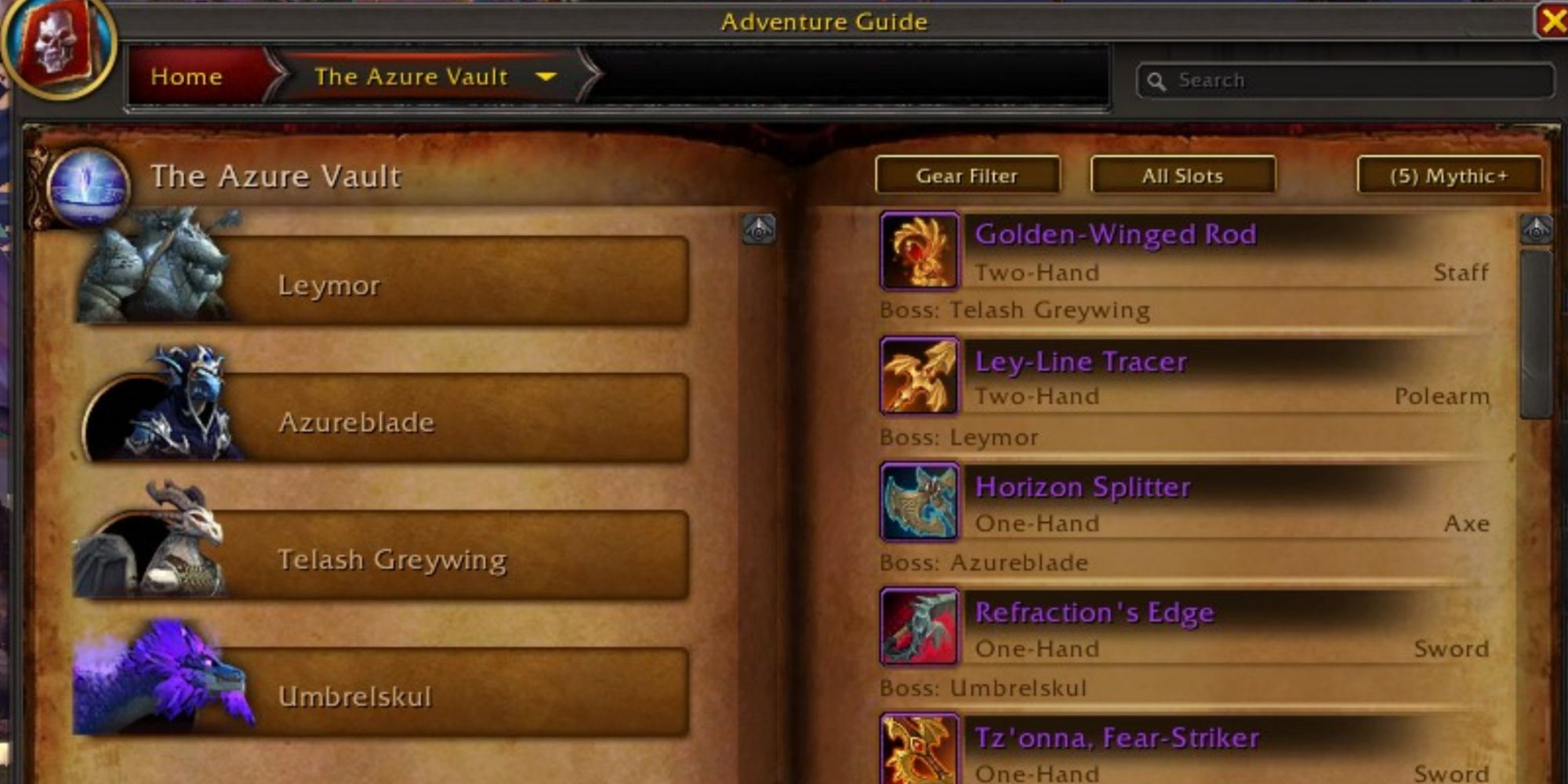