The first Hero class ever added to World of Warcraft, the mighty Death Knight, returns in Wrath of the Lich King Classic just as fearsome as ever. As damage dealers, Death Knights utilize a full arsenal of strikes, diseases, and abilities to inflict harm upon their foes. As tanks, they can expertly mitigate incoming damage while parrying and dodging strikes in a way that would make Druids, Paladins, and Warriors jealous.

In the original release of Wrath of the Lich King, Death Knights were consistently strong throughout the entire expansion. We see no reason why they won't remain near the top of the mountain in the Classic re-release, making them a prime choice if you're interested in a powerful melee class that doubles as a stellar tank as we venture through Ulduar, Trial of the Crusade, and Icecrown Citadel.

Why Choose A Death Knight? 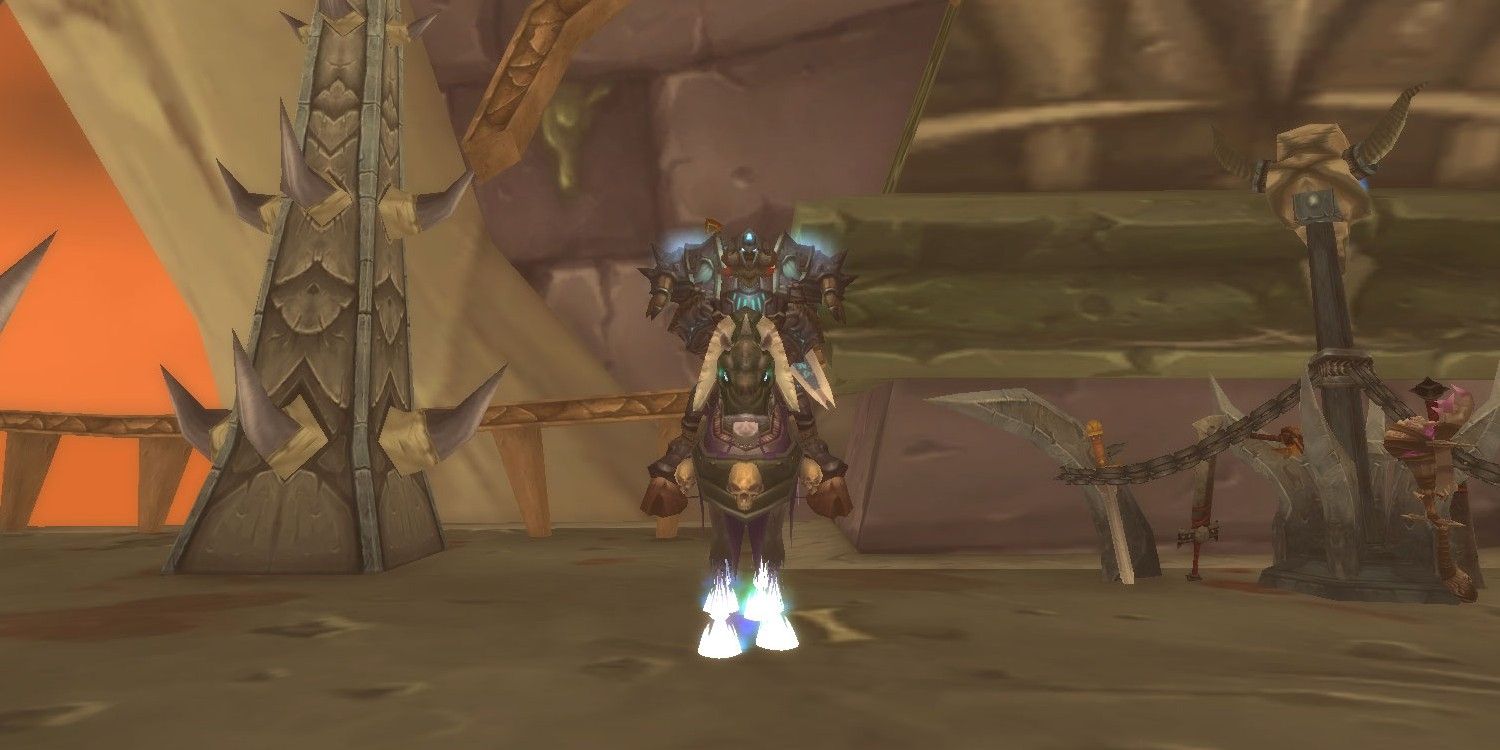 Death Knights are the newest class in the game and the very first Hero Class introduced. That's enough reason as any to create one, especially if you played World of Warcraft Classic and/or The Burning Crusade Classic, and you're looking for something new to shake things up. The class as a whole is relevant to the entire overarching story of the expansion, as the adventurers of Azeroth seek to vanquish the Lich King, who was responsible for creating a fair share of existing Death Knights (including yours.)

If you still need some convincing, Death Knights offer a unique, resource-based playstyle that isn't too complex for less experienced players while still offering a thrilling challenge for even the most seasoned World of Warcraft veteran. This is done through their Rune system, where you must consistently juggle Blood, Frost, Unholy, and even Death Runes to keep the damage or threat pumping, depending on the role you choose to take on.

As a DPSer, your Runes will go toward striking abilities like Blood Strike and Scourge Strike. As a Tank, your Runes will be saved for self-preservation abilities like Death Strike and Vampiric Blood. Death Knights also provide powerful group buffs like Abomination's Might or Improved Icy Talons, depending on your spec, which will make you popular among other DPS classes in your group.

Simply put, if you like big armor, big weapons, and seeing big numbers flying all over your screen, whether from you or your friends, Death Knights are the class for you.

Choosing character races can be tricky, especially when you can choose from all ten races in World of Warcraft: Wrath of the Lich King Classic. That's right — your Death Knight can be any race you want them to be. No longer will you have to play as a Tauren or a Night Elf to be a Druid, a Human, Dwarf, Draenei, or Blood Elf to be a Paladin, and so on. Even though you can pick any race you want without too much worry, there are still some racial abilities and passive skills that can come in handy while playing a Death Knight. 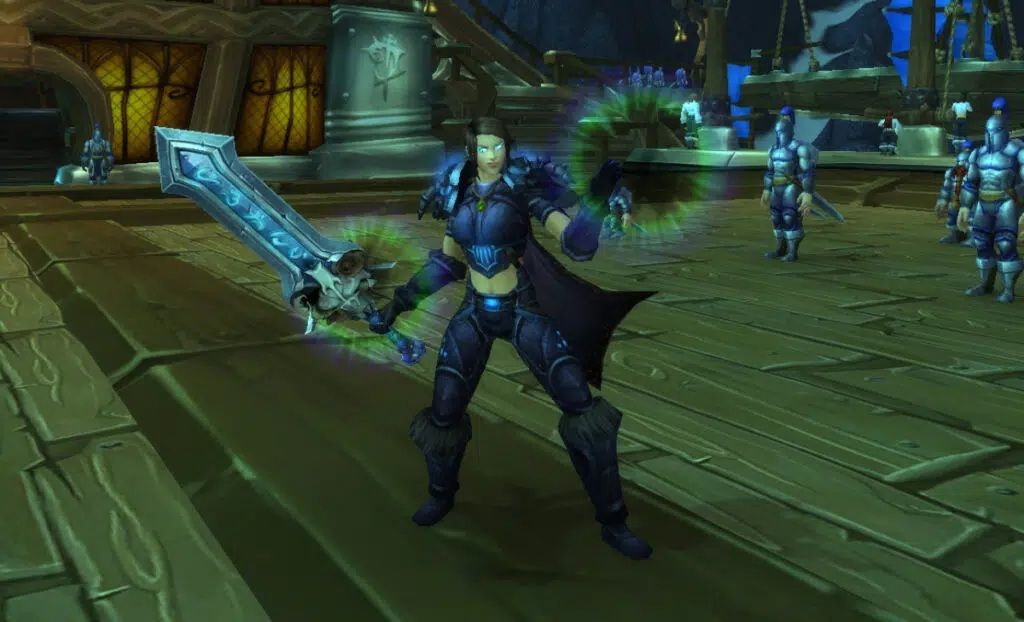 Like most classes, the best race for Alliance Death Knight is Human, especially if you're interested in PvP. Humans gain access to a number of helpful racial abilities and bonuses that make them the top dog.

Not far behind are the Draenei, the newest Alliance race. Thanks to their helpful passives, they make a fine choice for Death Knights as well.

Lastly are Dwarves, Gnomes, and Night Elves. While all three races offer some helpful racial bonuses and abilities, they are considered weaker choices when compared to Humans and Draenei. 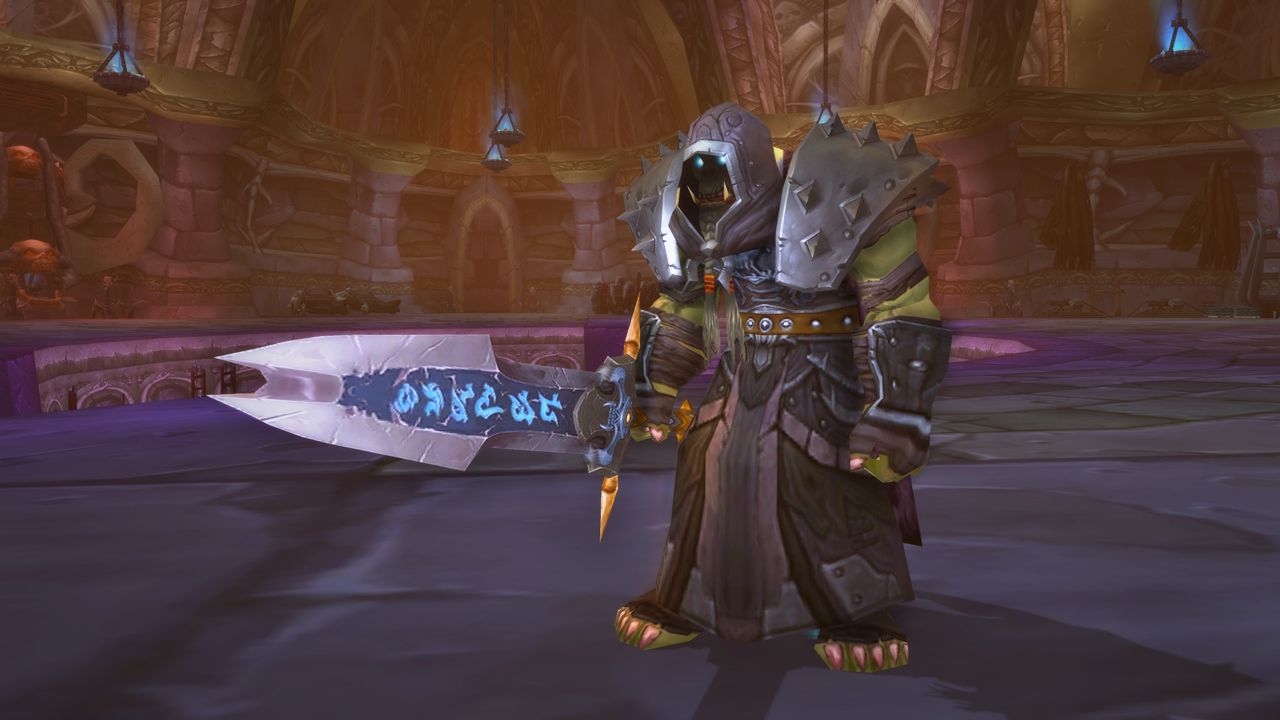 If you'd rather play as a member of the Horde, there are a couple of great options for you to consider. For the best of the best, look no further than creating an Orc Death Knight. Orcs have access to multiple helpful racial abilities and passives that can be helpful for any Death Knight spec.

Second to the Orcs are the Trolls, if not simply for their trademark racial ability, Berserking. Berserking gives Trolls a 20 percent boost to Attack Speed, which can be combined with trinkets to deal more damage during key phases of a boss fight. Their Regeneration ability also increases health regen by ten percent in and out of combat. This has a small impact on endgame content but can be helpful while questing and leveling, which can't be understated. The other Troll abilities are mostly useless for Death Knights.

Lastly, Tauren offer a compelling case for a Death Knight, thanks to their passive skill Endurance, which increases your health. They also gain access to their trademark racial ability War Stomp, which is a channeled AoE stun that can come in handy in sticky situations. Granted, most big end-game mobs are immune to stuns, but this can be helpful for clearing trash en route to boss fights.

The Undead and Blood Elves offer less helpful racial passives and are considered weaker choices, albeit more lore-relevant choices, when compared to the others.

In reality, racial bonuses are nearly negligible, and you should play as the race you enjoy the most.

Which Death Knight Spec Should I Choose? 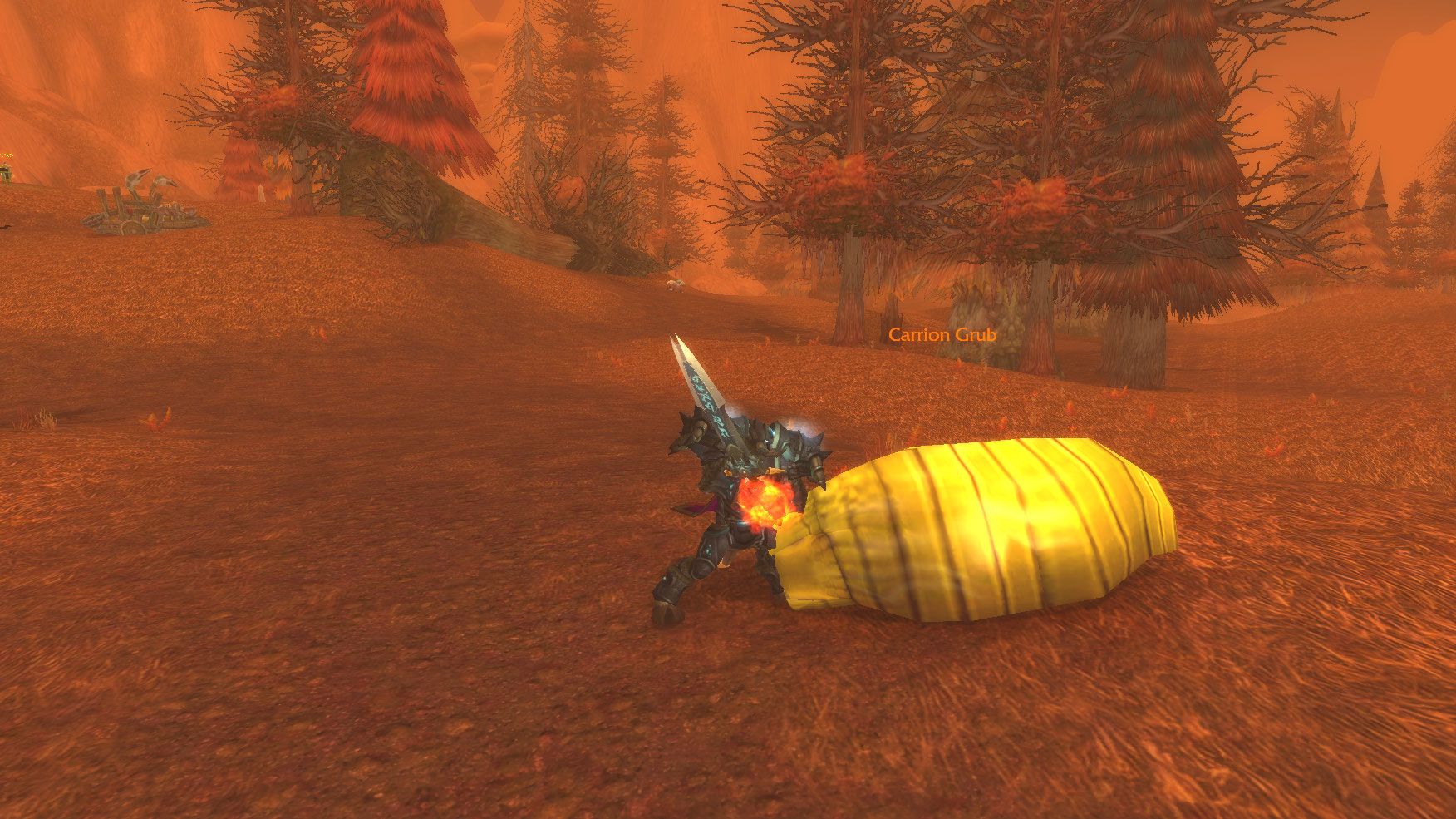 Now that you've finally chosen your race, it's time to pick which spec you want to use. Fortunately, there is no wrong answer here — all Death Knight specializations are strong throughout Wrath of the Lich King. It's just a matter of how you want to play and what role you want to fill. Death Knights have three specializations: Blood, Frost, and Unholy.

Blood Death Knights use the power of life to damage their enemies and heal themselves. This makes them not just formidable while dealing damage, but also while tanking. In the original Wrath of the Lich King, Blood became the standard tanking specialization for Death Knights, while Frost and Unholy settled in as the DPS specs.

Thanks to its survivability, Blood is also an optimal questing and soloing spec and can be played from level 55 until 80. If you enjoy playing a self-sustaining class that can contribute in multiple ways, Blood may be the spec for you.

Frost started as the de facto tanking spec but evolved into one of the Death Knight's powerful DPS specs. You'll utilize your Runic Power to deal damage with abilities like Frost Strike, Death Coil, and more. Frost spec also brings with it the much-appreciated raid buff Improved Icy Talons, which increases your raid party's haste by 20 percent.

Frost can deal damage with either one two-handed weapon or by dual-wielding two one-handed weapons, depending on what you get to drop. Regardless of your loadout, Frost Death Knights make for a fun, engaging, and successful DPS spec. 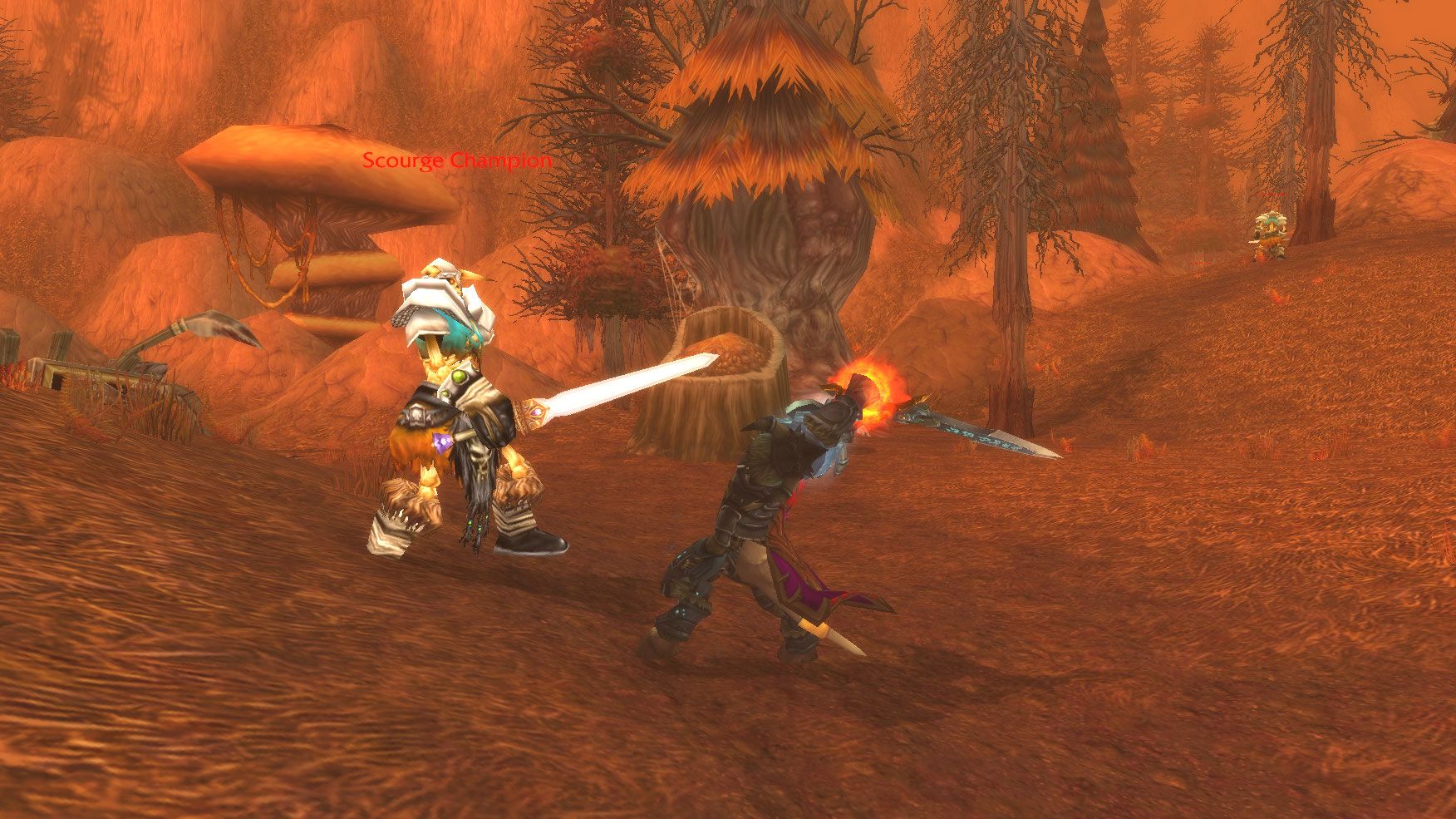 Since rotations vary by spec, we'll instead examine which spells and abilities are the most important to Death Knights. Be sure to use these while in parties and raids — your group will thank you for it.

Death Knights can apply runes to their weapon using a specialized enchanting process called Runeforging. Runeforging requires Runeforges, which are only available in Ebon Hold and various Knights of the Ebon Blade bases throughout Northrend. These unique enchants provide things like bonus damage, increased defenses, stat bonuses, heals, and more. There are ten runes that can be applied to your weapons throughout Wrath of the Lich King Classic:

Death Knights certainly have their pick of the litter when it comes to Runes. 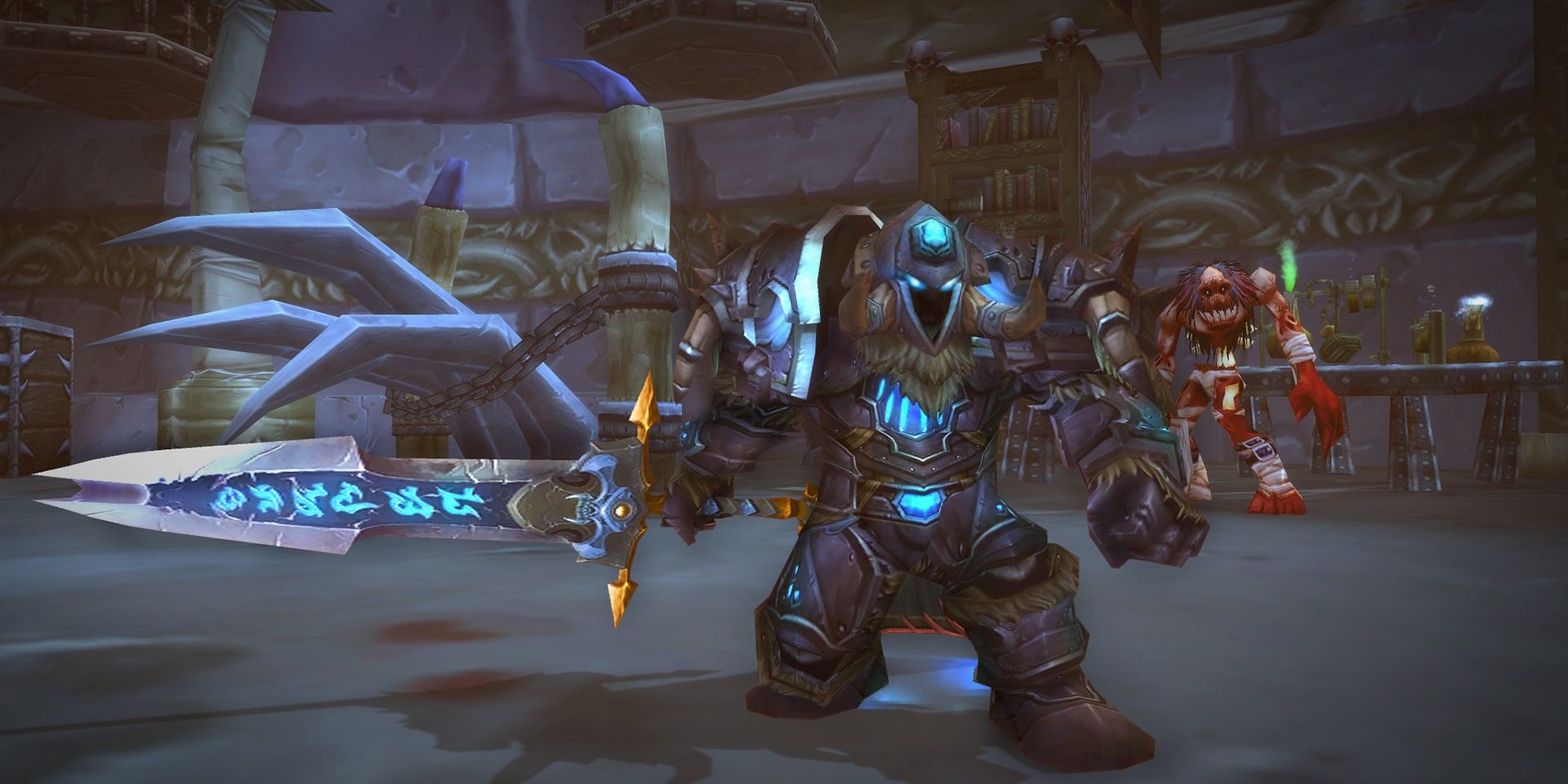 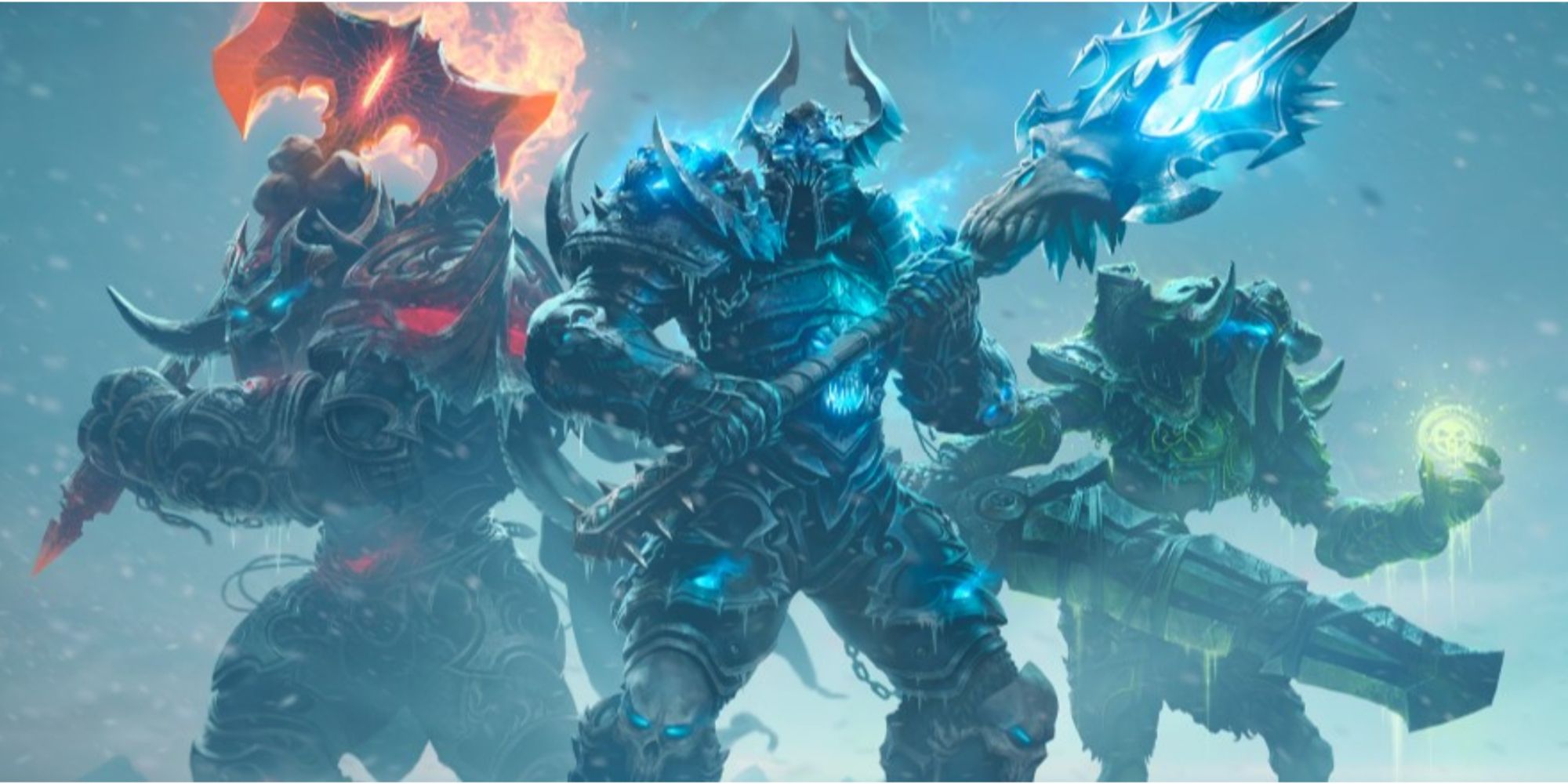 Once you settle on top-end gear, gemming and enchanting your items are crucial steps to maximizing your effectiveness in your chosen role. Whether you're tanking or DPSing, WOTLK Classic has tons of options, but these stand out as the very best for each role. We'll try to give you economic options as best we can, but sometimes the only option is an expensive option.