Wrath of the Lich King Classic introduces some of the most powerful and iconic abilities to the World of Warcraft classes in the entirety of the game's history. Abilities like Bladestorm, Feral Spirit, Metamorphosis, Dispersion, and many more first earned their reputation with the release of Wrath and most of them remain in the retail version of the game.

With these added abilities introducing large power spikes to each class, there's no better time in World of Warcraft history thus far for primarily solo players. World of Warcraft may be an MMORPG, but that doesn't mean that you have to abide by the massively multiplayer part. In fact, many of the classes in Wrath actually lend themselves to solo play in one way or another. 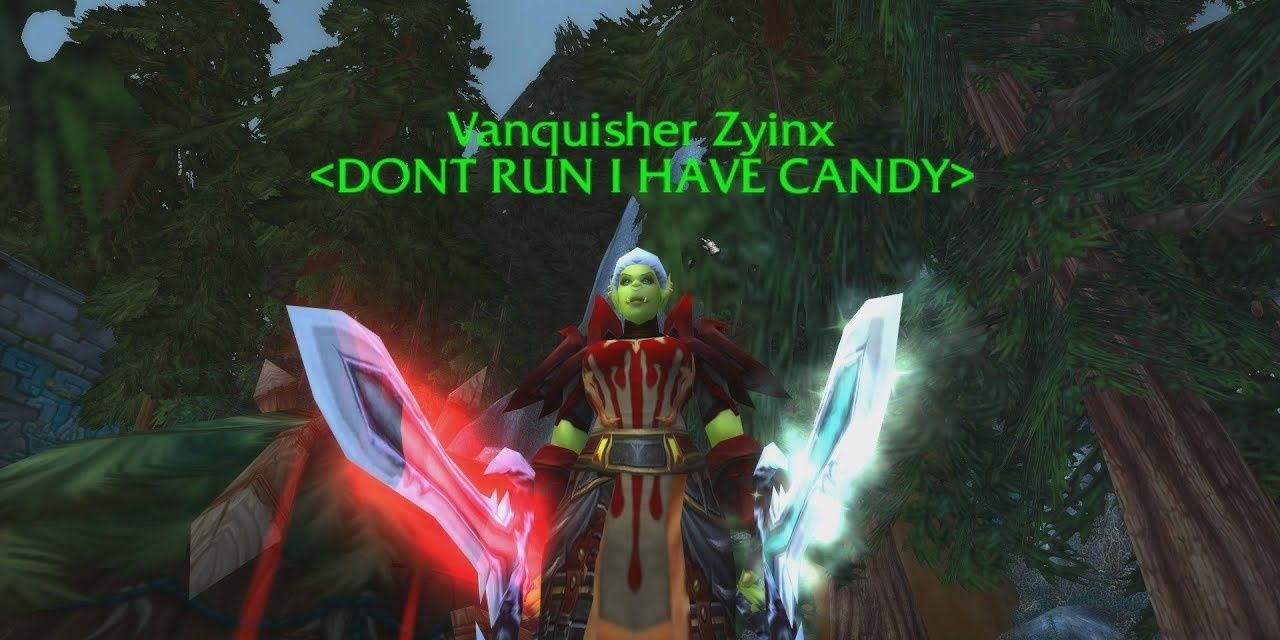 The rogue has always been a class that solo players gravitate towards and for good reason. After all, the rogue's Stealth ability allows rogue players to explore areas on their own that other classes could only dream of going. Blackrock Depths Coffer runs in the vanilla version of the game is just one example. Furthermore, abilities like Kidney Shot, Evasion, and the newly added Killing Spree arguably make the rogue one of the best classes with which to solo difficult enemies such as elite mobs.

The addition of Fan of Knives in Wrath also gives the rogue better luck facing multiple enemies than ever before, though the class is still severely geared towards single target damage more than anything. If you're a solo player interested in PvP content or playing on a PvP server, it's difficult to pass up all of the advantages that a rogue brings to one on one PvP combat. Without a doubt, there's no better class for taking on single opponents than the rogue. 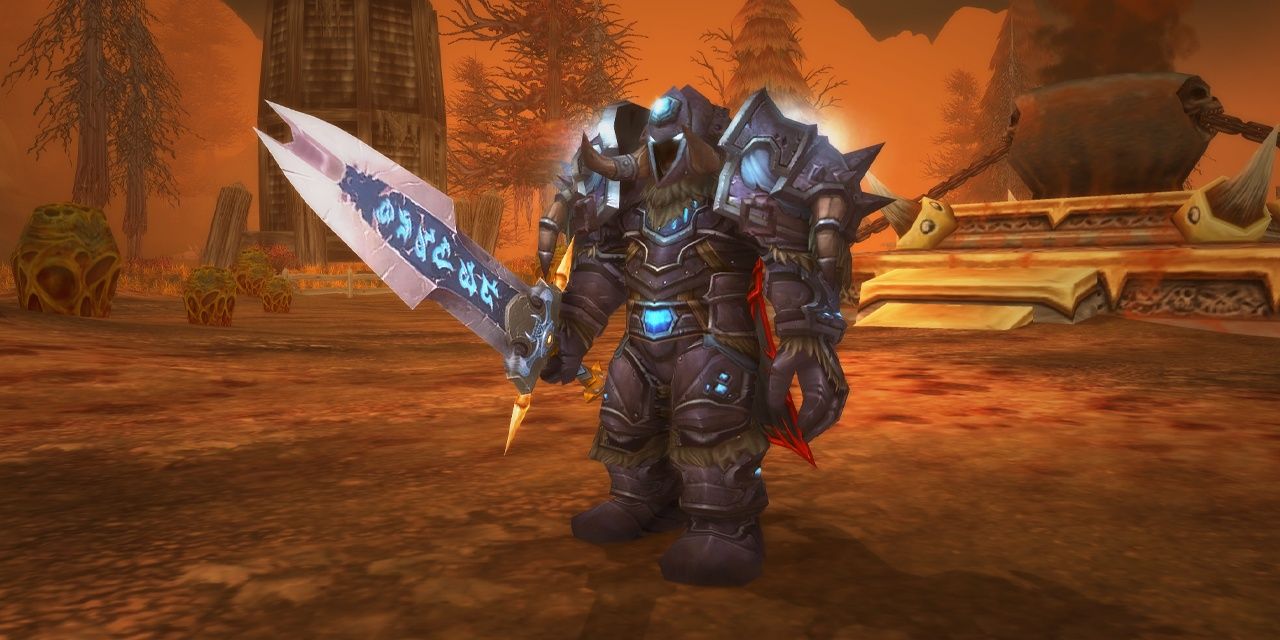 It would be remiss not to include the death knight on any class-related list having to do with Wrath, especially because the death knight just so happens to be incredibly powerful. Whereas the rogue excels in fighting single targets, the death knight is built for taking on multiple enemies at once. Abilities including Death and Decay, Pestilence, and Blood Boil allow the death knight to deal damage to multiple targets repeatedly while their plate armor heavily reduces the damage they take from enemy attacks. Furthermore, Blood Presence and Death Strike both offer the death knight self-healing that allows the class to sustain itself while taking damage from multiple sources.

While not primarily a pet class, the death knight also has access to pets in the form of Raise Dead and Army of the Dead, as well as Summon Gargoyle if you spec into the Unholy tree. Alongside this small army of undead creatures, death knights are quite capable of facing down even the most formidable of foes on their own. As far as PvP is concerned, death knights are often heralded as one of the best classes in Wrath thanks to their Death Grasp ability which allows them to pull enemies into their melee range. Once pulled near them, death knights can then cast Chains of Ice on their target which provides a very heavy movement speed slow that decays over time. Nothing is quite as inevitable as death itself. 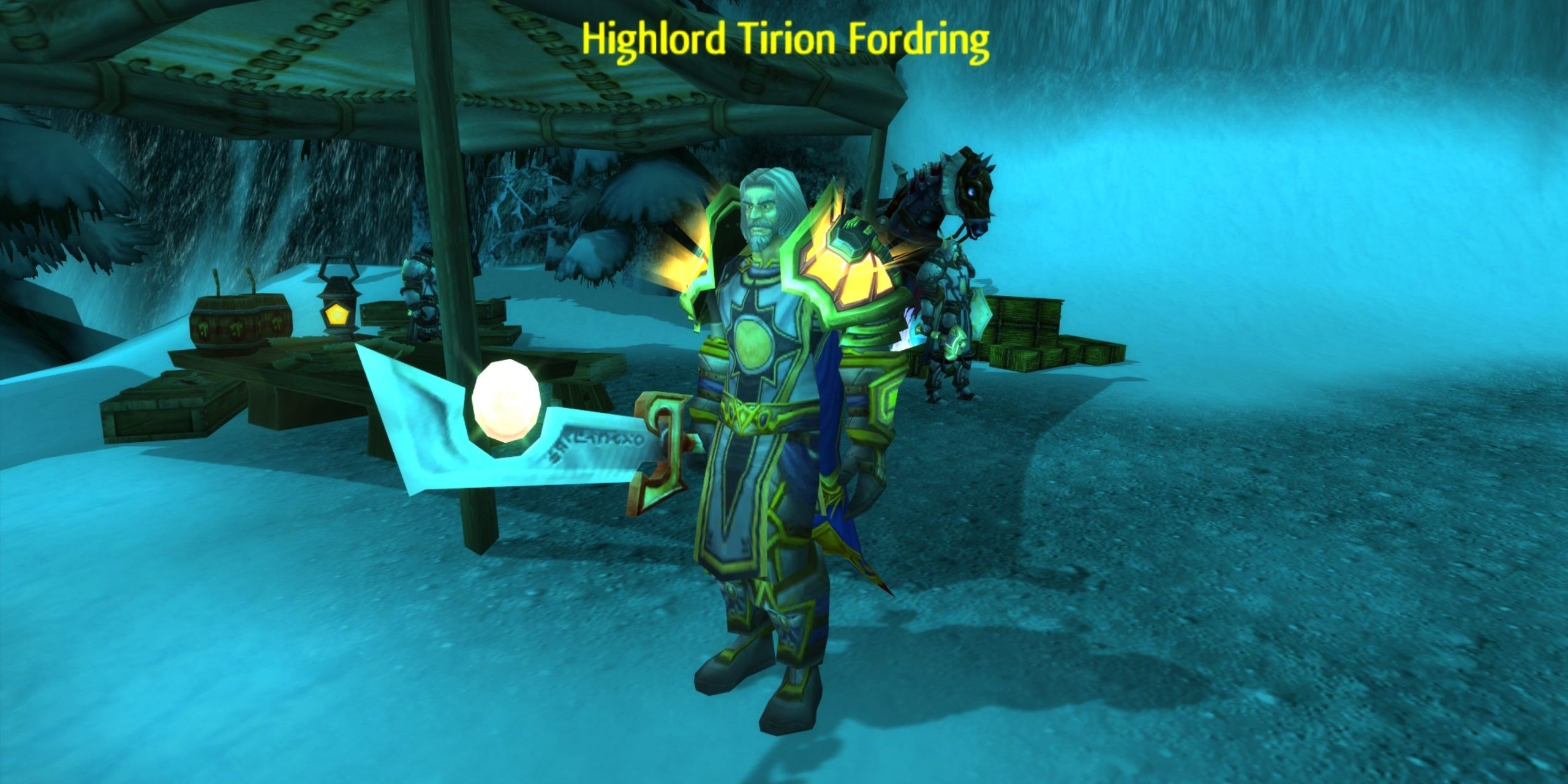 The paladin is the holy yin to the death knight's evil yang. While paladins are regarded as the best tanks in Wrath making them an amazing class for group content, they're also quite capable of providing a great solo play experience. This is in part due to the very large presence of undead enemies throughout Wrath which paladins are especially well-equipped for fighting thanks to abilities like Holy Wrath and Exorcism. Like Death Knights, paladins are very talented at taking down swathes of enemies at the same time through the use of Consecration and the newly added Divine Storm ability which is basically a holy version of the warrior's Whirlwind ability.

However, paladins are also great at facing down powerful single targets such as elite mobs due to Seal of Vengeance or Seal of Corruption stacking up to five times and providing added damage on the target for each stack. Furthermore, paladins get to enjoy some of the best self-sustaining abilities in the game thanks to Flash of Light, Lay on Hands, and Divine Intervention. Due to these abilities, a paladin essentially has two or more full health bars that enemies need to get through before they can actually have a chance at killing them. If you're looking for a class that can do it all as a solo player, look no further than the paladin. 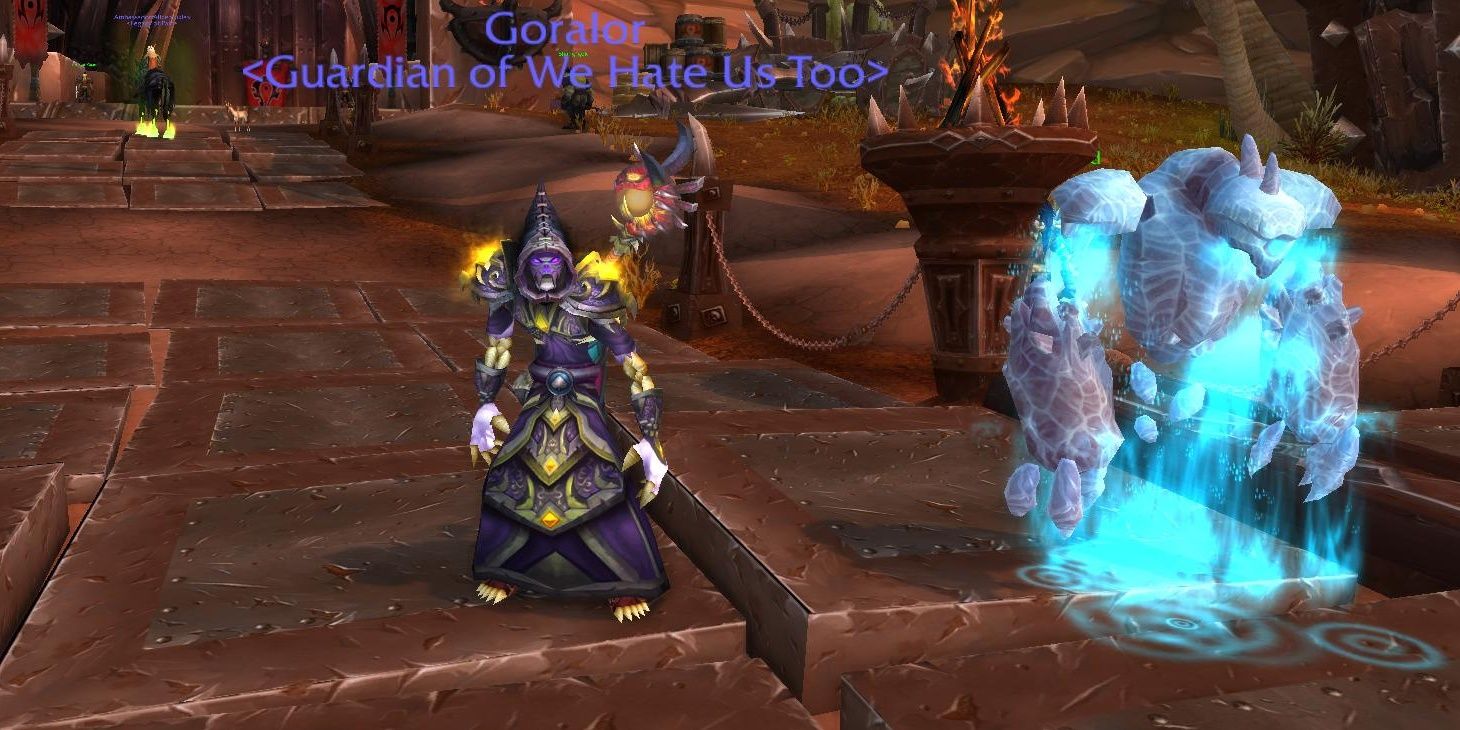 Players familiar with Vanilla Classic or the Burning Crusade Classic should already know the individual power that the mage brings to the table. There's no better class in the game for farming huge packs of enemies than the mage due to the combination of their AoE abilities including Frost Nova, Cone of Cold, Flamestrike, Blizzard, and Arcane Explosion. Using these abilities alongside a timely Blink, you can gather up ten enemies or more and take them all down in a single go. Mage players in the vanilla version of Classic were notorious for doing this with mobs in dungeons even. For this reason, the mage is among the best classes to play as a solo player since it allows you to farm gold and materials as well as kill tons of enemies faster than any other class in the game.

The mage also comes with a slew of quality of life improvements thanks to their access to portals which can send you to the faction capital city of your choice, including Dalaran, at the click of a button, as well as their ability to conjure up food and drink. The frost talent tree also provides you access to a temporary pet in the form of a water elemental as well as a powerful five-second stun called Deep Freeze that's useful if you're looking to take down a difficult elite mob. All things considered, the mage is arguably the best solo player class in the game aside from the fact that it requires a fair amount of skill to play properly. 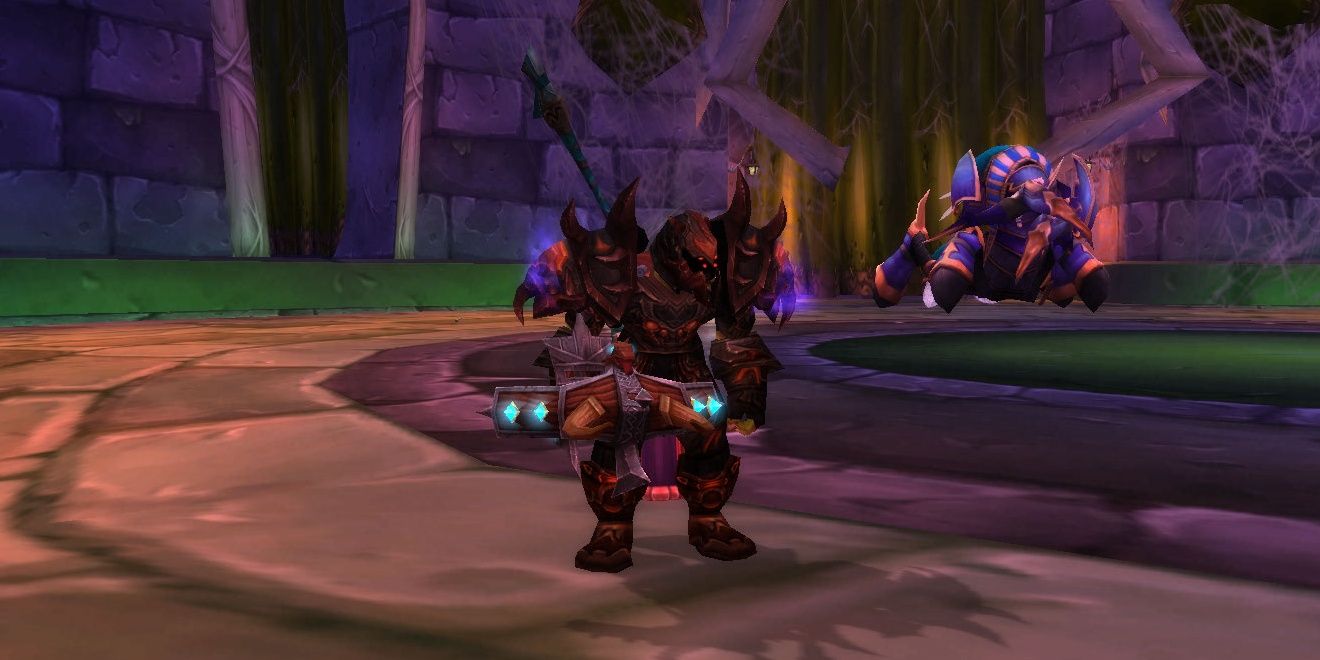 It ought to come as no surprise that the hunter remains the best solo class in the game as it always has been since its original release. Hunters see a huge quality of life improvement in Wrath thanks to spells and abilites no longer clipping, or interrupting, your auto shots. As a result, hunters become without a doubt the easiest class to learn to play well as, making them ideal for solo content. The hunter's pet constantly provides you with your very own tank so that you can remain out of the danger zone during the majority of your journey and changes to spells like Deterrence and Disengage make for clutch abilities to use should you ever become endangered.

Furthermore, the good old Feign Death ability gives hunters a get out of jail free card should they ever come close to dying. Hunters are also the only class with access to a ton of interesting solo player content in the form of taming exotic beasts through the use of their newly added Beast Mastery talent in the Beast Mastery tree. This talent allows you to tame exotic beasts including devilsaurs, corehounds, spirit beasts, and more, and there are even a number of secret pet models you can track down to really show off your hunter prowess. The hunter remains the best class for solo content in Wrath due to its easy learning curve, unique class content, and unmatched ability to face down single target mobs thanks to its pet. Why attend raids when you can take on the world all on your own? Happy hunting!