WWE 2K22's MyRise is filled with a variety of stories that immerse players in a deep, volatile, and unpredictable roster. From working with legends to falling victim to betrayals to collecting championships, there are a ton of different paths players can unlock and become a part of.

Unlike the previous WWE 2K games, 2K22's nonlinear story allows for players to venture into any of these adventures once they're done with the performance center. Here are the best of the best, the top ten stories within the WWE 2K22 MyRise.

Honorable Mention: THROW 'EM UP – All For A Phone 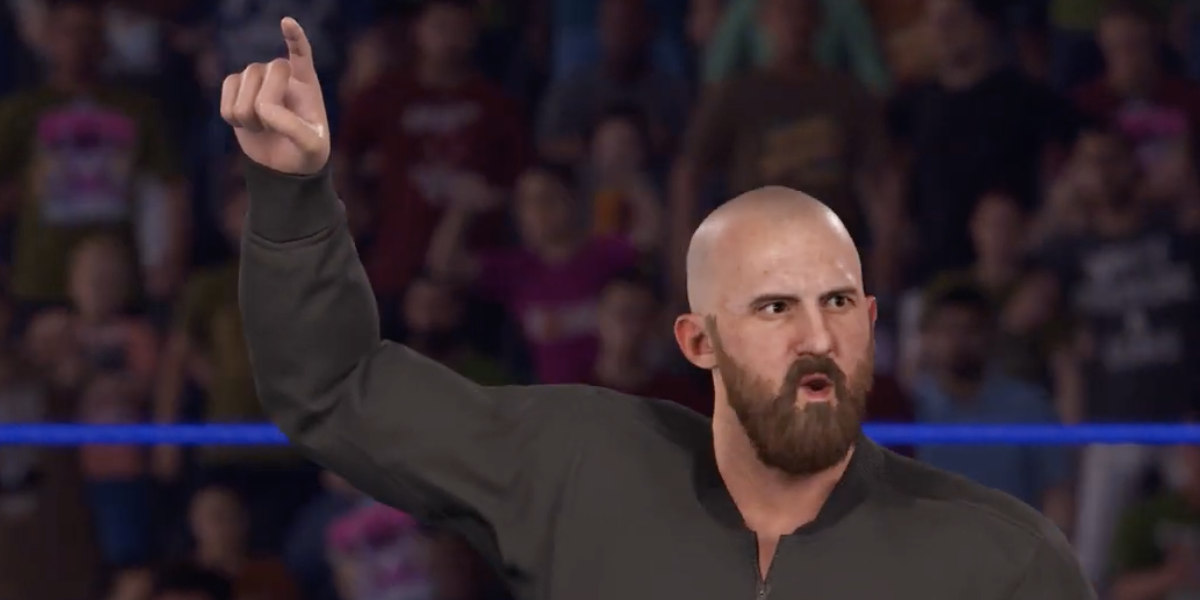 Biff Busick, formerly known in WWE as Oney Lorcan, is well known for a variety of things — a hard-hitting offense, a no-nonsense attitude in the ring, and a completely opposite attitude on social media. In MyRise, the player becomes a victim of this social media campaign after he makes an enemy of Oney Lorcan.

Endless brawling and a back-and-forth on Twitter lead to the heartbreaking realization that the player destroyed Oney's phone, which contained the last message of a deceased grandparent. When the player buys him a new phone, Oney reveals that this was all a prank, and he just wanted a new phone. It's a funny yet violent and unpredictable feud, memorable for its sheer ridiculousness. 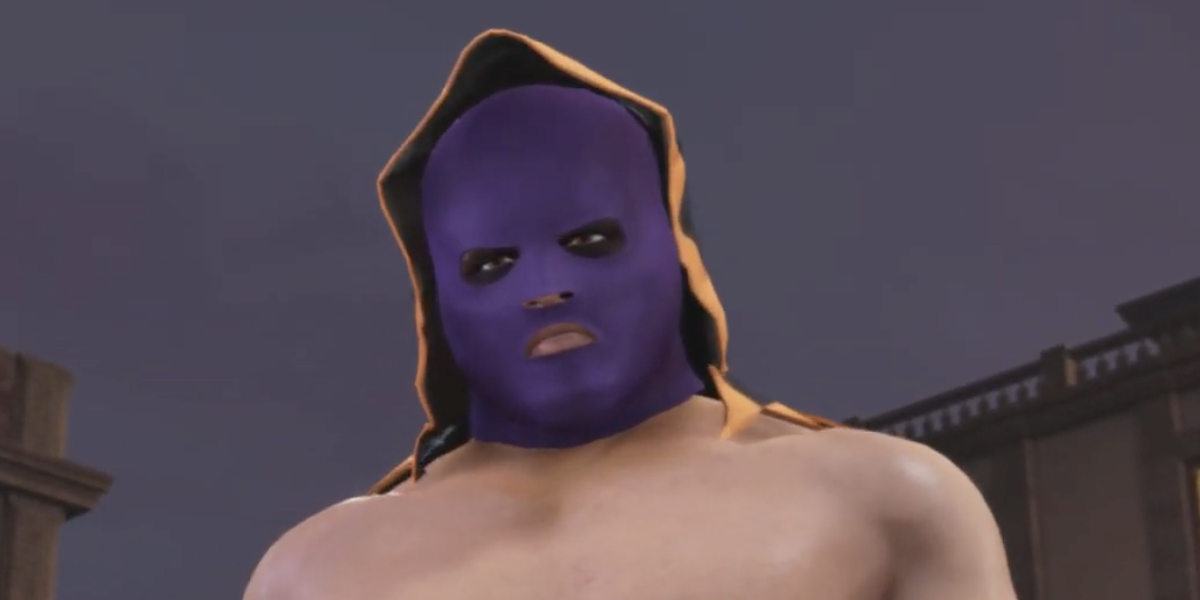 Mago's rocky relationship with Hector has forced them to be at odds with one another, and this leads to the player having two options: aid your friend Hector and battle the Magos in Mexico to unmask them, or expose Hector's secret to the world and go to war with him. It's an interesting choice, but the battle against the Magos while being dressed as bargain-bin luchadors is a bit more interesting than the heel turn.

9/10 Rumor And Innuendo – A Romantic History 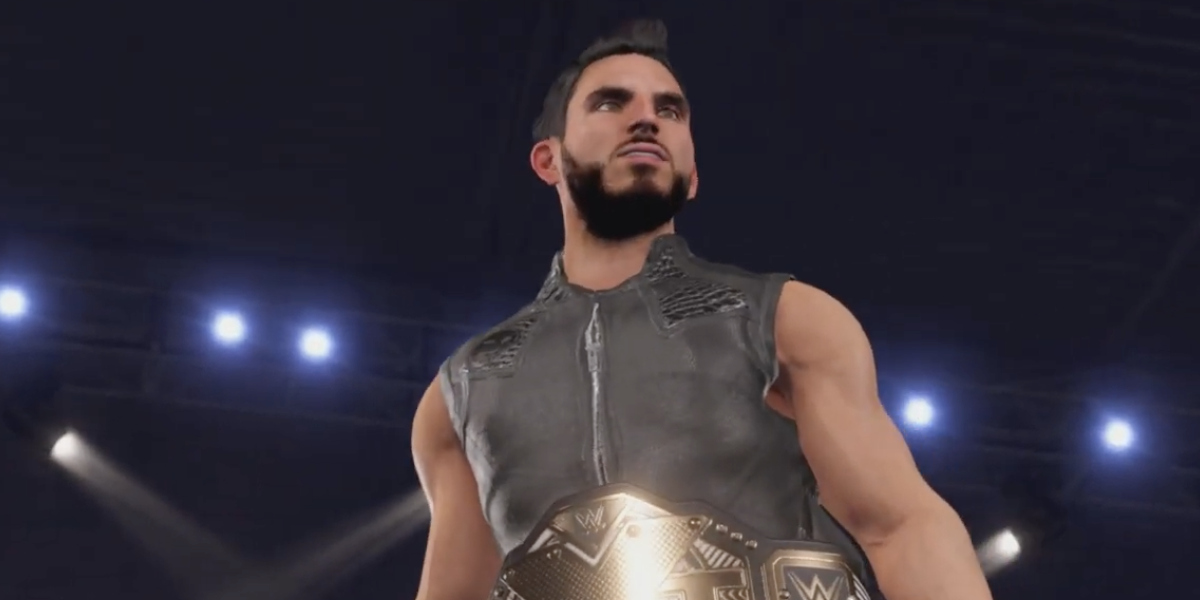 In the hopes of attaining, and keeping, some gold in NXT, the player befriends Dakota Kai and begins to reveal the tale of how he was once romantically involved with Candice LeRae. The new power couple takes on the Garganos, brutalizing The Way and standing tall. 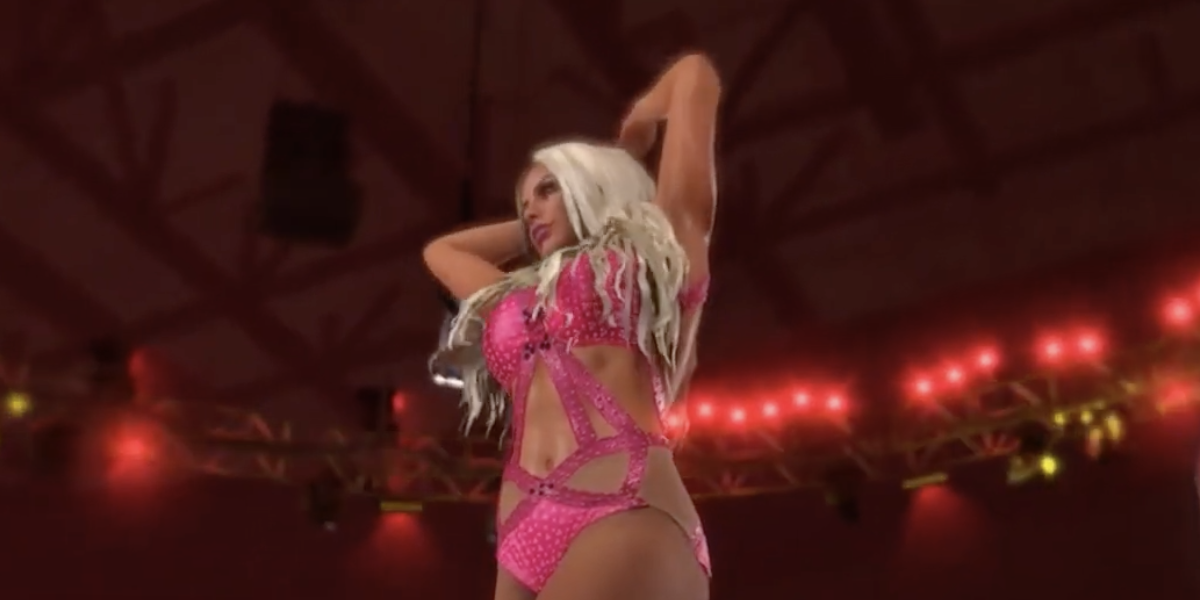 When the player manages to win the WWE Women's Intercontinental Championship, General Manager Mandy Rose uses all of her power to make the player defend her title. What starts as a manager allowing for new opportunities becomes a sinister agenda, as Mandy reveals her true intentions to dethrone the champ.

Getting through Mandy's gauntlet is difficult, but it finally leads to a match against the GM to end the feud once and for all. A ladder match for the title leads to a brutal conclusion, but allows the player to finally become the apex of Monday Night Raw.

7/10 Demons And Monsters – Reign Of Terror 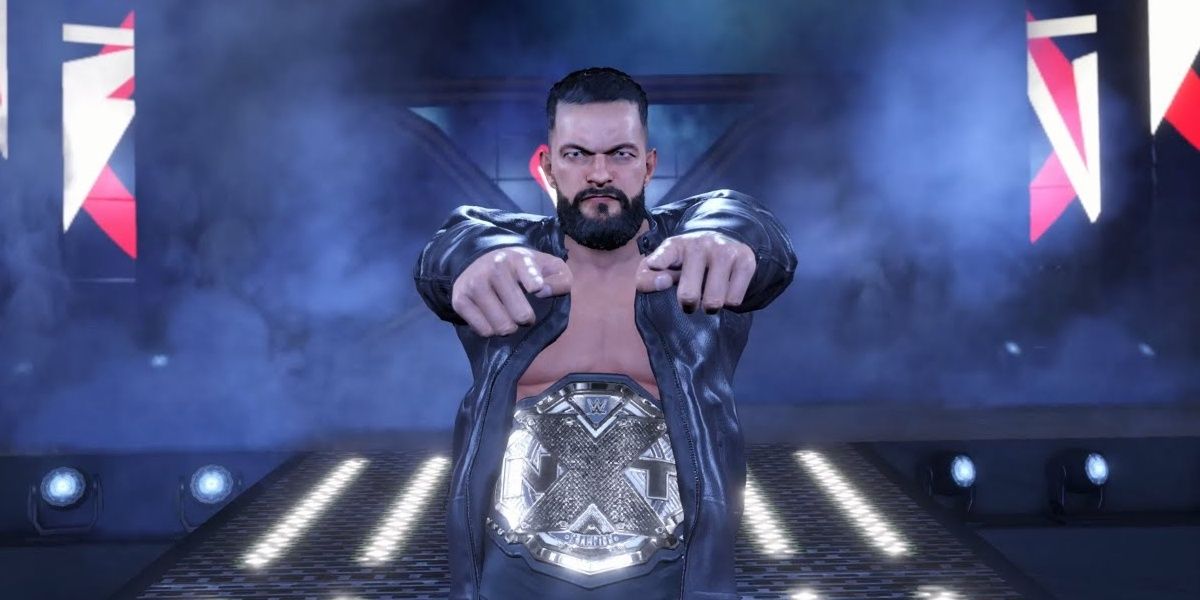 NXT Champion Finn Balor has contractually and physically torn apart NXT, reigning over the roster by making sure all his title matches have a 5-minute limit. In order to save the brand from the Prince, the player must prepare with their own timed challenges, leading to a battle with Finn.

Defeating Finn leads to an attack from his alter ego, the returning Demon King, who swarms the champ with an army of demonic, zombie lackeys. The player is forced to get advice from the one man who beat the Demon in NXT, Samoa Joe, leading to a choice: gain Joe's aid by doing his dirty work, or stay a face and wage war against Demon, alone. 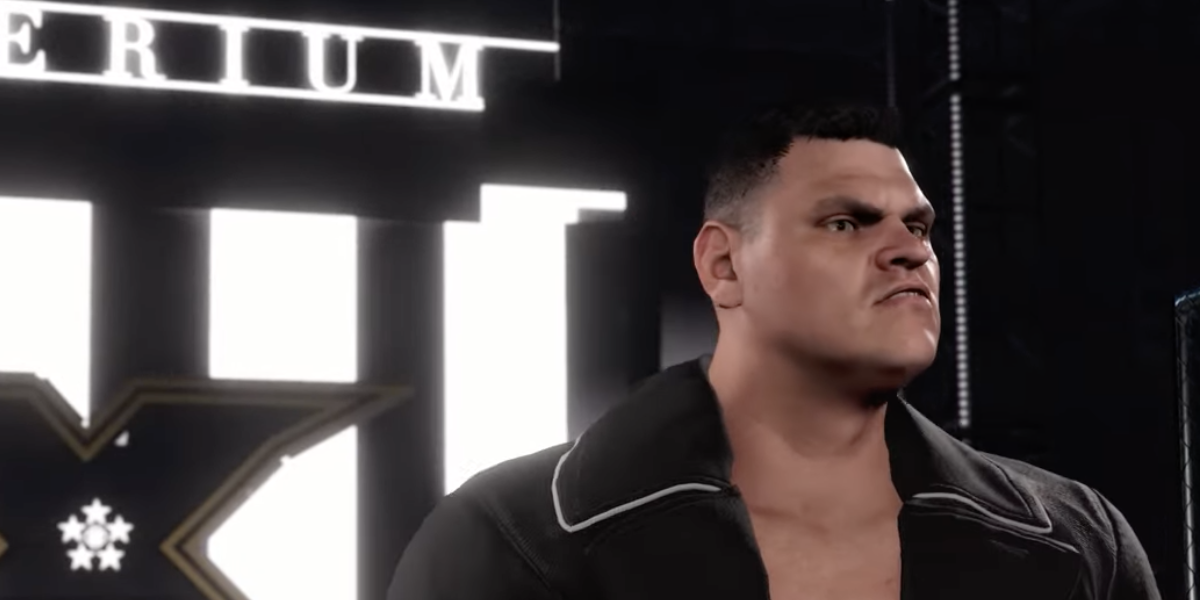 Upon being challenged by Walter (or Gunther), the player's NXT championship reign is put to the test. Alone against the entirety of Imperium, the player finds unlikely allies in the form of British Strong Style: Pete Dunne, Tyler Bate, and Trent Seven. Despite not wanting the help, the player works alongside BSS and wages war against Imperium.

Eventually, after getting past Walter and defending your championship, the BSS's Pete Dunne asks for payment for the help, in the form of a championship match. Defeating the Bruiserweight will help cement your reign and supremacy over the invaders. 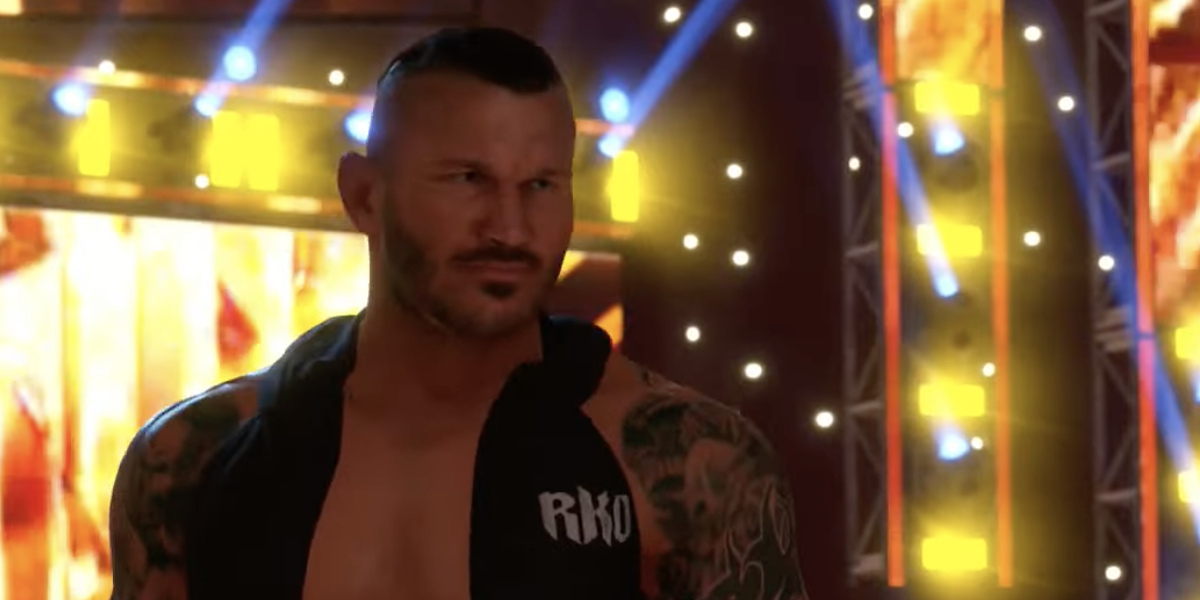 When Randy Orton makes his opinion well-known about the indy circuit, the player begins to start a seething rivalry with the legend, growing more aggressive and volatile. Things change drastically, as an insulted and infuriated Orton hunts down the player's mentor, Booker T, and drops him with a vicious RKO.

Trading blows and going through violent matches, the player and Randy Orton eventually manage to secure a match within the indies, this time in the 2K20 Los Angeles Wrestling arena. Aside from the random callback, the matchups and vicious aggression from both wrestlers really add to the story and create a fascinating experience.

4/10 Brothers Of Destruction – A War With Legends 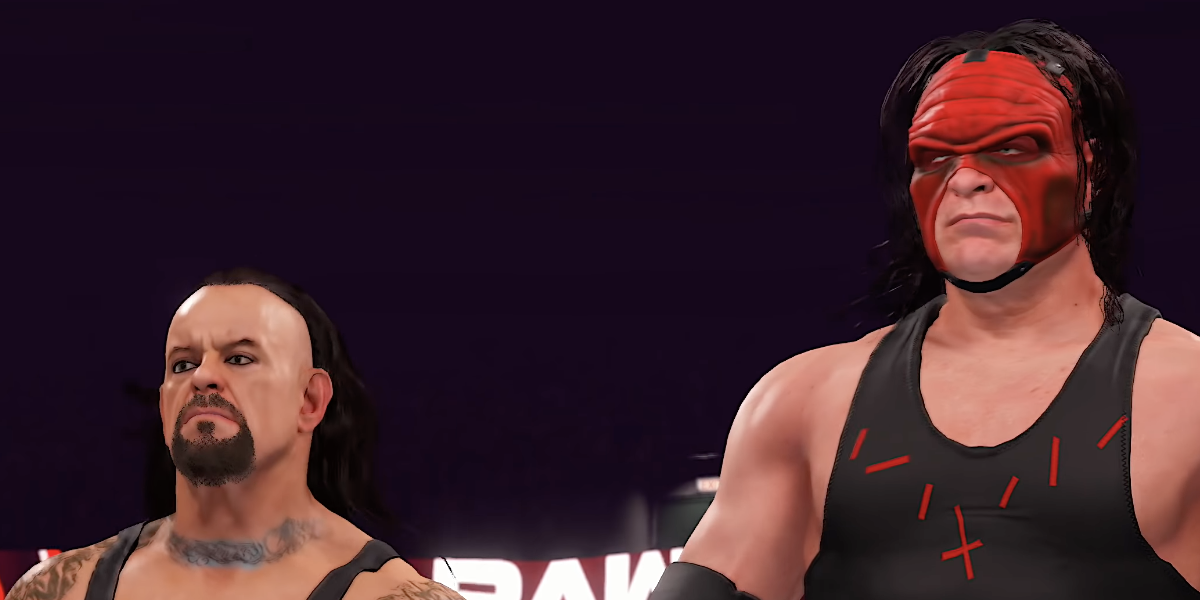 When Knox County mayor Kane (yes, that statement sounds as strange as it looks) visits Raw, the player decides to try and get under the monster's skin, resulting in a brutal, brawl-filled war between the two. Ultimately, things get so bad that the Undertaker decides to make his return to save his brother.

Finding an unlikely ally in a villainous Randy Orton, the player must battle and injure the Brothers of Destruction in a tag team match, then face off against The Undertaker in a Hell in a Cell match. It's a short but brutal rivalry that can honestly help cement the player as a legendary heel.

3/10 Burying The Competition – Become The Messiah 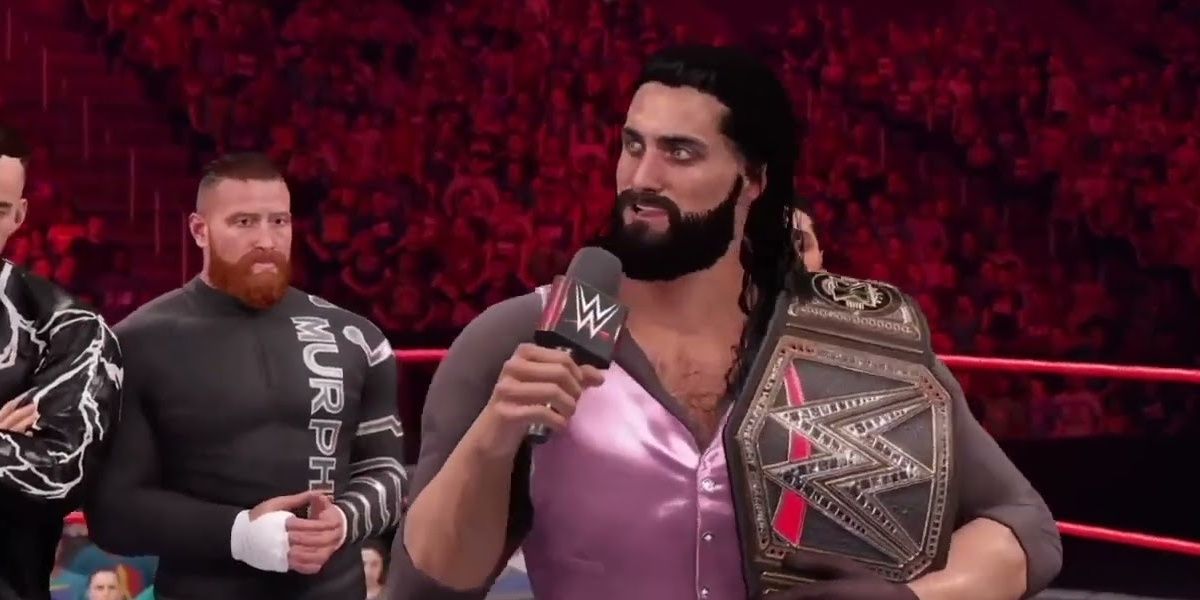 Seth Rollins is known to be one of the most cunning superstars in WWE, and as the 'Monday Night Messiah', his talents were on full display. Enlisting new allies and manipulating friends and foes alike, Rollins seeks to do the same to the player in MyRise, as they join forces to storm through the RAW roster.

After going through Rollins' hurdles and seeking to control WWE alongside him, the player discovers Rollins has been playing him, and plans to betray the player before Wrestlemania. What follows is a brutal war against the disciples Murphy, Ali, and Theory, and a victory at Wrestlemania where the player takes Rollins' role as the new Monday Night Messiah. 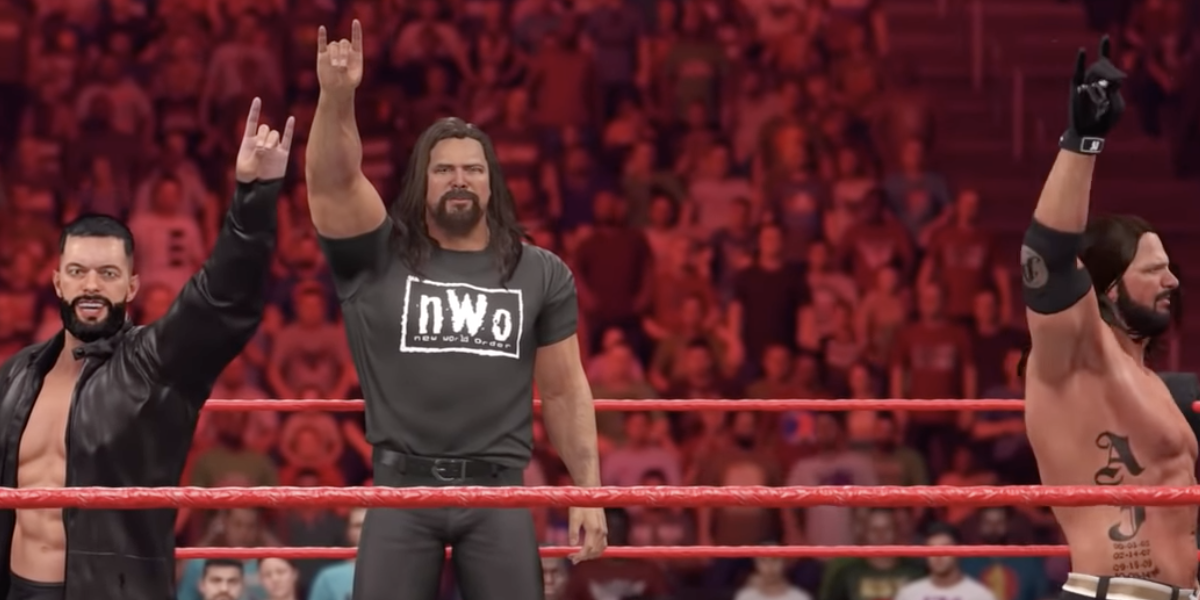 When the player and Rey Mysterio seek to honor the legends of WCW, AJ Styles makes a bitter statement regarding his short, miserable tenure in the dead company. Ultimately, AJ's rage leads him to attack the player and the WCW legends, before enlisting the aid of fellow club member Finn Balor, and NWO founder Kevin Nash.

The 'New Outsiders 4 Life' become a new NWO, gaining the ire of the player and the WCW legends. Able to team with your choice of legends, the player can work alongside the legends to take down AJ's crew, and disassemble the vengeful Outsiders for good. 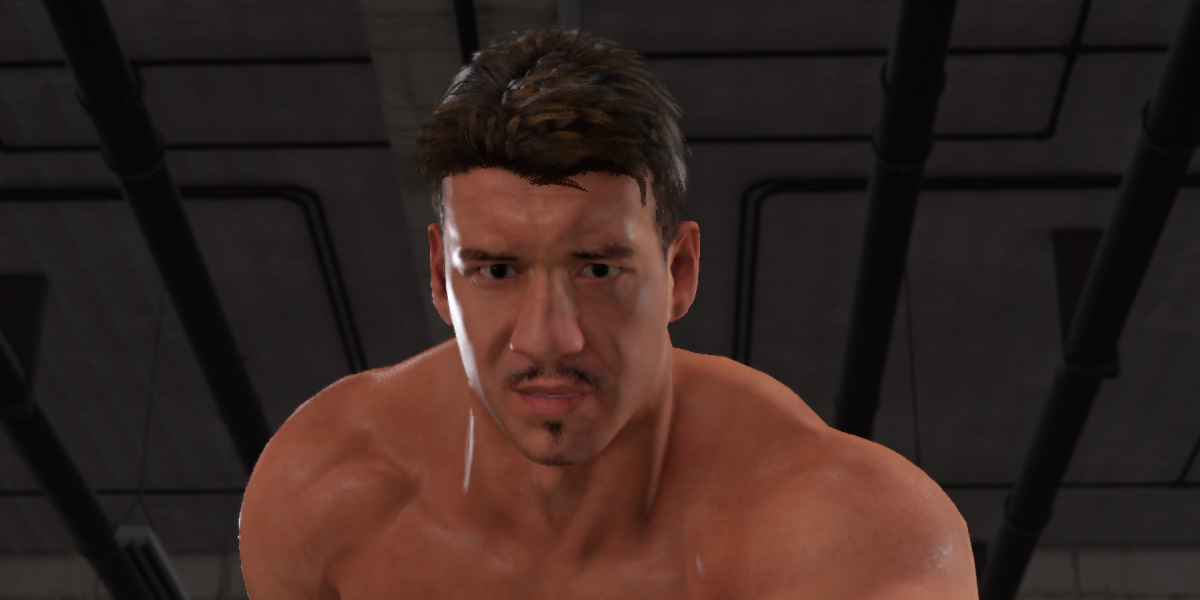 Eddie Guerrero was one of the most respected and beloved WWE and WCW legends, and his bond with Rey Mysterio was no secret. Preying on that bond to take down the legendary luchador, the player seeks Rey's attention by pretending to be Eddie Guerrero, stealing his entrance and even his Lowrider.

This leads to a brawl between the player and Rey which leads to a concussion…and a battle with the spirit of Eddie Guerrero. While the feud ends in a challenging two-out-of-three falls match against Rey, the brawl against Eddie is what cements this feud as the most creative and volatile. It's the most personal, disrespectful, and wild feud and story in MyRise.