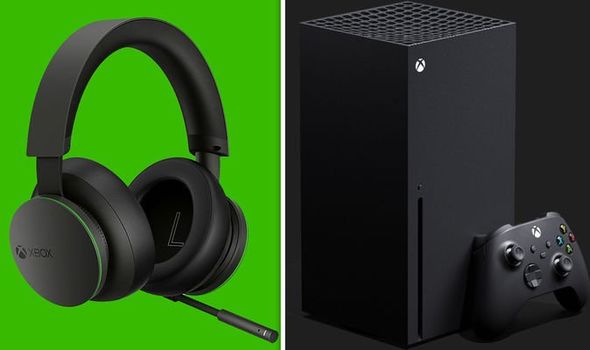 The Xbox Series X console is back in stock in the UK, although only for a limited time.

According to Digital Foundry Deals, the Xbox Series X was briefly back in stock at Currys, although it looks like the console may already have sold out.

It could be worth trying it out for yourself, just in case you get lucky with the restock.

“Xbox Series X + Game Pass Ultimate bundle at Currys PC World,” reads a Digital Foundry tweet. “It looks like a few orders went through earlier this morning, but now whenever I visit the basket it’s empty.”

While the Xbox Series X console is in and out of stock, there’s better news for customers looking to get hold of the Xbox Wireless Headset.

“If you missed it yesterday, the Xbox Wireless Headset is finally back in stock after weeks of unavailability,” reads a follow-up tweet.

You can pick up the Xbox Wireless Headset for £89.99 from the Currys PC World website.

The wireless headset has been hugely popular since it launched shortly after the release of the console itself.

“Hear your games the way they were meant to be heard with the Microsoft Xbox Wireless Gaming Headset,” reads the official description.

“Compatible with spatial sound technologies such as Windows Sonic, Dolby Atmos and DTS Headphone:X, you’ll hear the action take place around you.

“Every footstep, gunshot or line of dialogue will sound crisp and realistic thanks to the high-quality 40 mm drivers.

“And you can fine-tune your audio on the Xbox Accessories app, which includes equaliser settings, bass boost and more.”

One of the better features is the ability to adjust the volume with the rotating earcup dials.

The battery, meanwhile, is said to last for upwards of 15 hours: “Don’t let a dead battery stop you from winning the match. With up to 15 hours of battery life, the Xbox Wireless Headset will stick with you through long gaming sessions.”

Reviews for the headset have been hugely positive since launch, earning five-stars on sites like TechRadar.