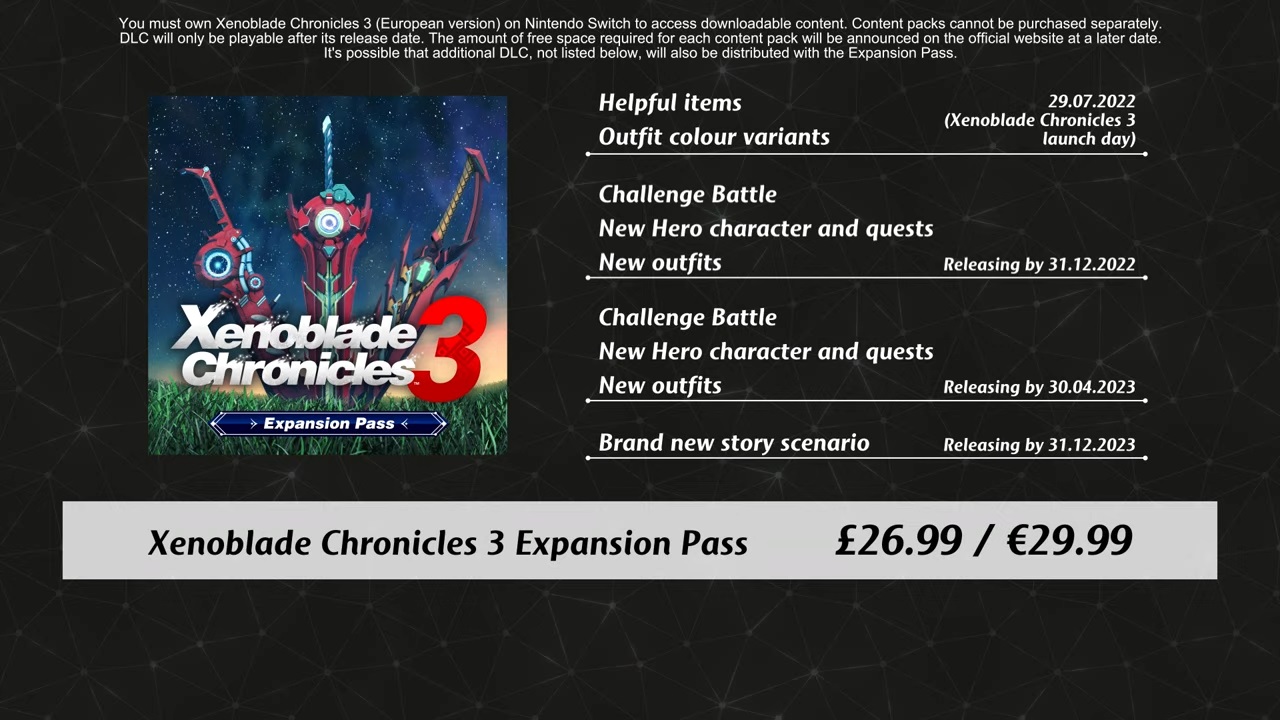 The game’s not even out yet and Nintendo is promising enough Xenoblade Chronicles 3 DLC to keep fans playing until December next year.

It lacked any major reveals for the game and focused more on expanding upon elements we already knew about regarding its characters, gameplay, and worldbuilding.

One big piece of news came right at the very end though: Xenoblade Chronicles 3 will be getting a lot of DLC, enough to last throughout the rest of this year and well into 2023.

The expansion pass costs £26.99 and will start with some additional items and character costumes alongside the game’s launch.

In December and April, additional quests, outfits, and guest party members will be added. The final, and most exciting, piece of content will be a new story scenario, but that’s not coming until the very end of 2023 (as in New Year’s Eve).

The key art for the DLC depicts the main weapons from all three games, perhaps hinting that characters like Shulk and Rex from the previous games will be included as the new party members.

After all, Shulk and Fiora from the first game were added as DLC to Xenoblade Chronicles 2, so there is precedent for the idea.

The game having its own expansion pass isn’t too surprising since the second game had one as well, plus a DLC prequel.

Xenoblade Chronicles 3 will boast amiibo support, although it’s mostly to get extra items. The one exception is the Shulk amiibo, which will unlock his Mondao sword as an alternate weapon skin.

There was no mention of the Pyra and Mythra amiibo having any special compatibility, but that’s probably because they haven’t been released yet and currently lack a release date.

All in all, Xenoblade Chronicles 3 looks to have everything fans loved about the last two games. On the downside, there’s still no sign of a more general Direct.