Trading cards aren’t for everybody—they’re a fast paced environment where new cards and packs are constantly thrown into the wild, disrupting the meta, all before going obsolete within the year. The tedium of keeping up is a huge part of why I bounced off Hearthstone, but the other key reason is how expensive keeping up with card games can get. New sets, boosters, and buying meta cards all add up, unless you play for an inordinate amount of time per day – even then, that only helps with digital games, not physical. The odd round of MTG Arena is my limit now, but that doesn’t mean Magic: The Gathering is completely inaccessible. There’s far more to it than cards.

I got into MTG during Dominaria United, and despite not having any context for its characters or the world’s history, I was able to easily jump into its ongoing story and get a grasp of what was going on. It isn’t exposition-heavy, and it doesn’t spend ages waffling about what you missed to catch you up, but each story manages to serve as a perfect jumping on point by introducing (or reintroducing) an exciting band of heroes before sending them off on some wild adventure. DU was no different, and I quickly fell in love with Karn and Ajani and found myself rooting for them in their fight against the Phyrexians, a species of interdimensional cyborgs seeking to convert (compleat) the world to fit their image.

The heroes, known as Planeswalkers, are mages who can travel between universes, and each universe is distinct in its aesthetic and inspirations. My favourite so far is the gothic Innistrad, a horror plane styled on classic monster movies, plagued by vampires, ghosts, and demons, home to moody moonlit villages nestled in autumnal forests, while swamps and dead trees make its terrain treacherous to explore. There are so many unique worlds in MTG that there’s bound to be one up your alley, which is what makes its stories so accessible to newcomers. Another I was drawn to was Streets of New Capenna, a 20th century-styled urban gangster set, which is a far cry from the usual high and dark fantasy MTG is known for. It’s a testament to its willingness to experiment in bold and excitingly fresh ways. 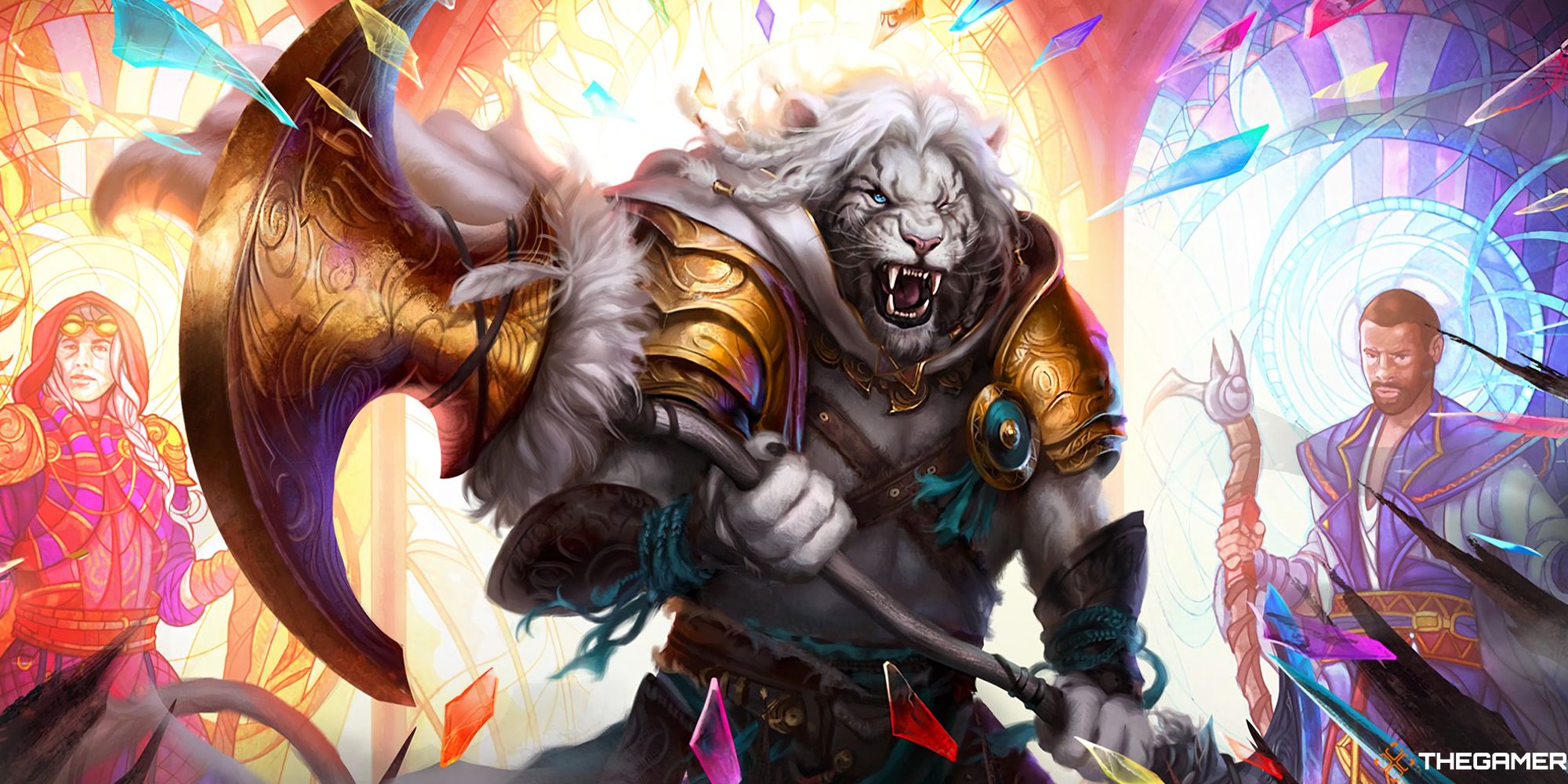 I was wary of losing that communal feel the cards have, where everyone excitedly digs into the newest set to find out what cool combinations can be made to create the best decks. But the communal feel isn’t lost in the story, because it releases in segments with teasers setting the stage, almost akin to comic runs.

There’s a thrill to keeping up with the story and watching the chatter online for each release. The Brothers' War just came to a close, but in February the story will continue with Phyrexia: All Will Be One, and we know that ten Planeswalkers are heading to Phyrexia itself to fight Elesh Norn, and only five will survive. Speculation is running rampant as to who these five will be, with Tabletop Editor Joe Parlock putting together his own convincing theories..

While cards are far too expensive, the story is completely free. You can read it all online, which makes the barrier of entry incredibly low—anyone with an internet connection can get stuck into MTG’s world. If you’re on the fence about getting into Magic: The Gathering because you think the idea of a multiversal invasion from a species of infiltrating cyborgs sounds incredibly cool (which it is), but don’t like trading cards, you don’t need to bother with the latter. It’s a big part of MTG and its popularity, but at its core, MTG is a modern fantasy great, and that deserves just as much recognition as its tabletop counterpart.