The Branded cards are a series of support spell/trap cards for Fallen of Albaz, a card first released in Yu-Gi-Oh!'s Rise Of The Duelist booster set. Although the first Branded cards were part of Lightning Overdrive, they didn't come into meta relevance until the Albaz Strike Structure Deck came out in 2022, which printed the mighty Branded Fusion and revolutionized the deck.

Albaz is a prominent character in the 'Abyss' lore, an original Yu-Gi-Oh story taking place through the artworks of the cards. The narrative follows Albaz and Dogmatika Ecclesia, The Virtuous as they are exiled from their home nation and try to find a new purpose for themselves. Albaz himself has the power to fuse with other people and objects around him into powerful Dragons, which is manifested in-game by the Albaz/Branded deck being predominantly Fusion-based, with many cards that support Fusion Summoning with both your cards and your opponent's.

The Branded cards are built to support Fallen of Albaz, a level-four Dragon-type monster who, on summon, can Fusion Summon a Fusion monster from your Extra Deck using himself combined with materials from your opponent's field. At first, this effect may seem fantastic, something akin to Super Polymerization, but you will only ever use Albaz's effect very rarely: unlike Super Polymerization, it can be interrupted, so it doesn't act as a very reliable board-breaker. Unless you want to expend resources finding a way to Special Summon Albaz, he will take up your Normal Summon, which in this deck is an important place to start your combos.

Your Normal Summon will usually be a searcher for a Branded card to get your plays started. Springans Kitt is a good option, although it's not ideal for card advantage since it requires you to return a card from your hand to the deck to resolve its search effect. For this and other reasons, the most popular option by far is Aluber The Jester Of Despia. Not only can he search any Branded spell/trap on summon, but he can also revive himself from the Graveyard and negate an opponent's monster's effects when one of your Fusion monsters leaves the field by your opponent. 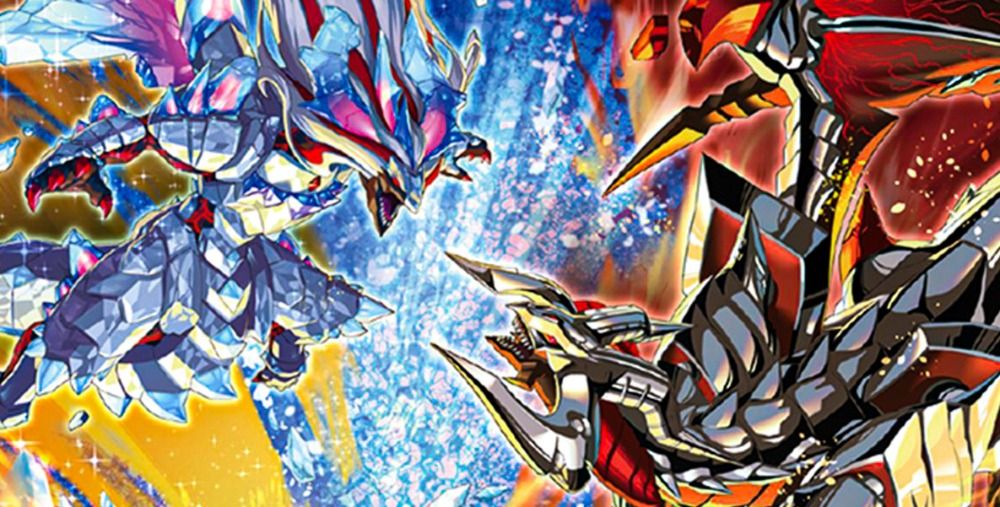 As a Despia monster, Aluber is also searchable by Branded Opening, a quick-play spell card that Special Summons a Despia monster from your deck – Branded Opening can also be banished from the Graveyard to protect a Fusion monster you control from destruction, which is impressive given that its primary effect alone warrants its inclusion in the deck. Branded Despia is a very popular Branded variant. In fact, considering the deliberate and multifaceted synergy between the Branded and Despia cards, the Branded Despia deck is often considered the 'Pure' variant of Branded.

Most of the time you'll want to search for Branded Fusion with your Aluber. This is your Fusion spell, and it's a good one to boot, allowing you to use Fusion materials from your hand, field, or deck. This not only means that you can Fusion Summon without committing resources, but you can also fill up your Graveyard in the process. Sending Despian Tragedy as Fusion material from deck gives you an extra search for a Despia monster, and it can also recycle a Branded spell/trap from your Graveyard by banishing itself from Grave.

But, what should you be Fusion Summoning? Just as in the Abyss lore, Fallen of Albaz can take on many dragonic forms in the card game, each of which is represented by a different Fusion monster. Albaz can fuse with any Light monster to make Albion The Branded Dragon, and with any Dark monster to make Lubellion The Searing Dragon – both of which can, on summon, perform yet another Fusion Summon. Albion fuses by banishing its materials from field, hand, or Grave, and Lubellion shuffles its materials into the deck from the field, Graveyard, or Banish Zone. Both of these effects give you impressive recursion and versatility; you may have noticed that, once you've used Albaz as Fusion material for Albion or Lubellion, it'll be sitting in your Graveyard free to be used again for either of their effects.

Although they are important combo pieces, neither Albion nor Lubellion are any good as boss monsters for the deck. For that, you have Mirrorjade The Iceblade Dragon, whose Fusion materials are Fallen of Albaz plus one Fusion/Synchro/Xyz/Link monster. This means he can be summoned off the back of both Albion and Lubellion.

On the other hand, Mirrorjade has two debilitating effects: firstly, it can non-target banish any monster on the field as a quick effect by sending an Albaz Fusion monster from your Extra Deck to the Graveyard; and secondly, if Mirrorjade leaves the field by your opponent, you can destroy all monsters your opponent controls during the End Phase. This provides an incredible amount of disruption that is massively difficult for your opponent to work around unless they are prepared to lose a lot of resources. 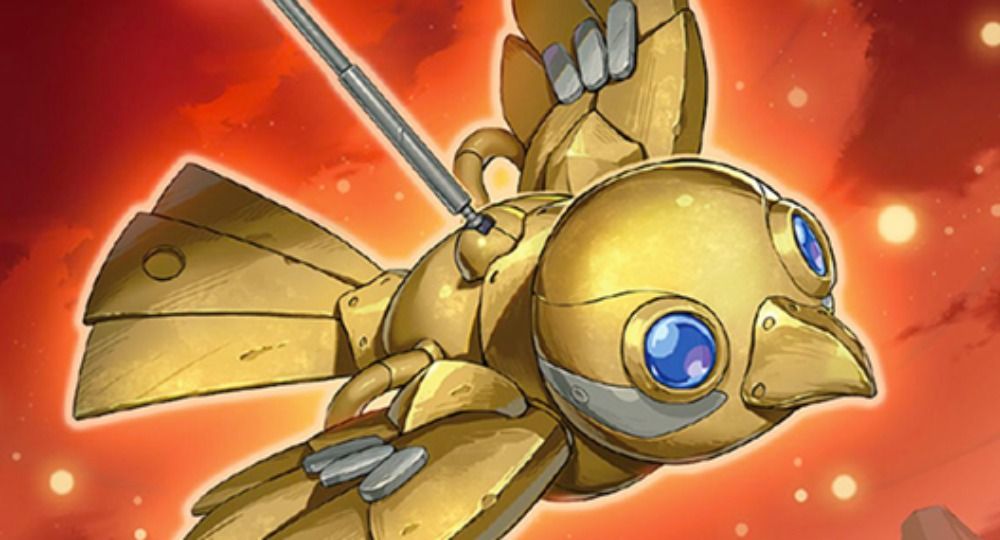 Moreover, Mirrorjade's banish effect provides further resource gain for you, since each of the Albaz Fusion monsters can search one of a different set of cards when they're sent to the Graveyard – Brigand the Glory Dragon, for example, can search or Special Summon a Tri-Brigade monster from your deck. Although this seems deck-dependent, searching a copy of Tri-Brigade Mercourier gives you a monster-negating hand trap so long as you control any Albaz Fusion monster. Mercourier can also search for a Fallen of Albaz if it's banished, giving you even more of a grind game.

For maximum resource recursion, you can try this combo: activate Branded Fusion to Fusion summon Albion, then activate Ablion's effect, using itself plus your Albaz in Grave, to Fusion Summon Lubellion. Finally, activate Lubellion, shuffling the banished Albion and Albaz back into the deck to summon Mirrorjade. Now, from one card, you've got a Mirrorjade on field, and you've also managed to recycle most of your resources back into the deck for future use. 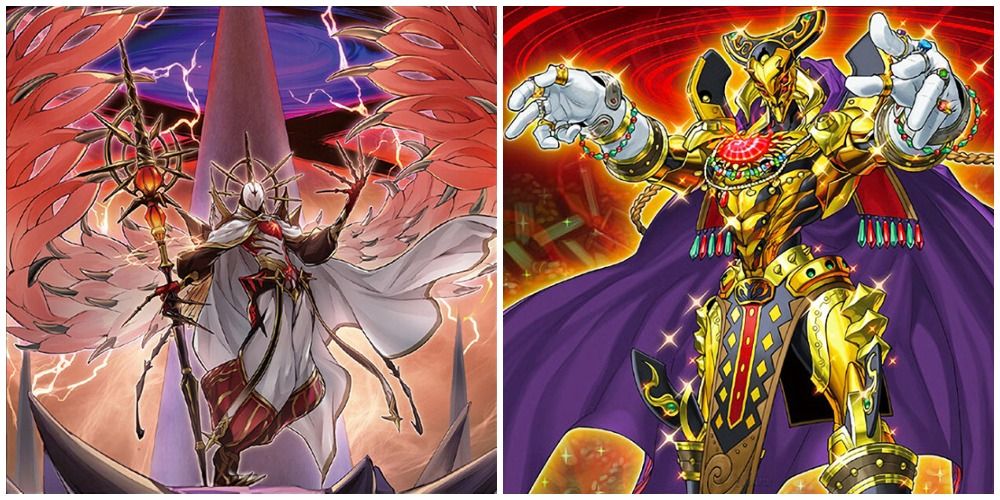 The aforementioned Branded Despia strategy is an incredibly powerful way to utilise the Branded cards to their fullest. Cards such as Branded Fusion lock you into Fusion Summons for the turn, which in many decks would be crippling, but since Despia relies solely on Fusion Summons as well this means nothing to them. Many of the Despia monsters have effects that activate when they're used as Fusion material as well – Dramaturge of Despia, for example, Special Summons itself as a 3,000 attack body. Combine the consistent multiple Fusion Summons of both decks with their powerful Fusion monsters – a pair of Masquerade The Blazing Dragons, for instance, can inflict massive effect damage to your opponent whenever they activate any cards – and you get a potent, reliable strategy that can make some terrifying boards.

Playing Branded In Red on your opponent's turn gives you reactive Fusion plays, allowing you to deploy a well-timed Guardian Chimera to plow through your opponent's resources and fuel your own future plays. This helps to round off the Branded strategy into a formidable deck capable of competing at the highest levels of play.

Branded also works very well as an engine in a variety of decks, since the Fusion material requirements for Albion, Lubellion, and MIrrorjade are generic enough to work with many different strategies. Branded Fusion's ability to use materials from the deck means that you only need to run a single Fallen of Albaz in your Main Deck in order to fully utilise Branded Fusion and add a Mirrorjade to your end board. You can also send an archetypal monster from your deck to the Graveyard in the process if it's being used as Fusion material.

For example, Branded Eldlich makes full advantage of this: If you draw Branded Fusion, you can send an Eldlich the Golden Lord to your Graveyard essentially for free. Moreover, since Eldlich decks only very rarely touch their Extra Deck, you don't need to worry about the Fusion-locking restriction of Branded Fusion.

If you have a few spare spaces in your Extra Deck and don't mind running a brick, you should definitely consider adding a small Branded engine into your deck – chances are it'll work out pretty well for you.