For fans of the Yu-Gi-Oh GX anime, there is no deck quite as iconic as Jaden's Elemental HEROs. Although the deck has progressed long past summoning Elemental HERO Flame Wingman and comboing it with Skyscraper, there are still many elements of the old-school strategy present in a modern HERO deck: it hits hard and fast, and does a lot of Fusion Summoning.

The modern HERO deck contains more than just Elemental HEROs, though: it is an amalgam of the best cards from each HERO type, from the familiar Destiny HEROs to the advantage-generating Vision HEROs and the game-ending Evil HEROs. These are all used in combination to create a deck with a solid gameplan both going first and second, that has high consistency and can be very difficult for your opponent to stop. If you're a fan of going-second decks, or enjoy combo-heavy playstyles, then this may be the deck for you. 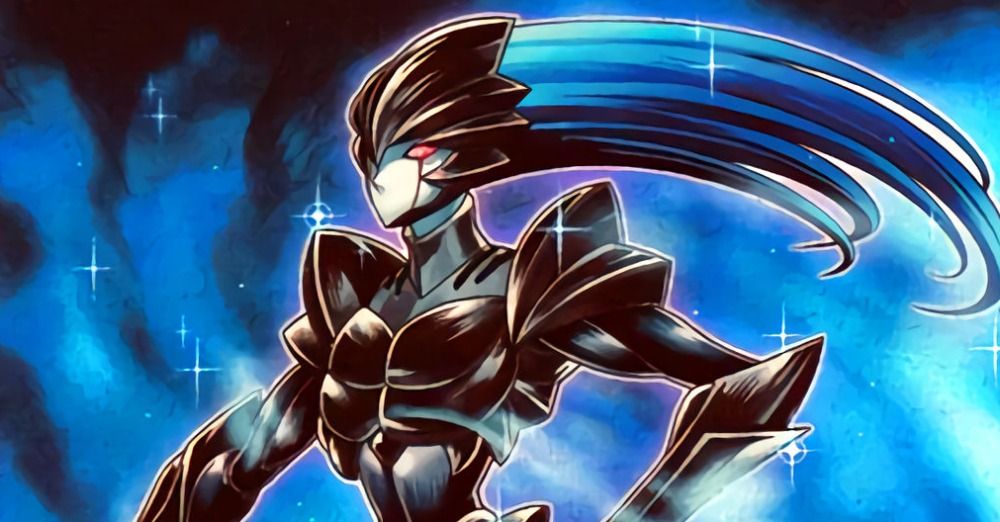 The Elemental HERO arm of the HERO deck acts more as a supporting engine for your other HERO plays than a force in itself. Most prominently, any HERO deck worth its salt will play three copies of the legendary Elemental HERO Stratos, which, when Normal or Special Summoned, allows you to search for any HERO monster. Similarly, Elemental HERO Shadow Mist can either provide searching when it's sent to Grave, or it can search for Mask Change when Special Summoned, giving you a way of going into your Masked HERO plays.

Don't forget about Stratos' second effect, which can clear your opponent's backrow – this can come in handy against certain decks!

Elemental HERO Liquid Soldier partners well with Shadow Mist, since when Liquid Soldier is summoned its effect allows you to Special Summon a HERO from your Graveyard. Since it's usually much easier to send a HERO to Grave than to Special Summon one – using cards such as Foolish Burial or by tributing them for a Fusion Summon – this provides an excellent way of triggering Shadow Mist's effect to search out a Mask Change.

Various support cards provide you with ways to reach these Elemental HEROs consistently. E – Emergency Call searches out any HERO monster, and Reinforcement of the Army searches a Warrior – which includes every Elemental HERO. Finally, A Hero Lives Special Summons a HERO from the deck, giving you yet another way of triggering Shadow Mist, Stratos, or whatever else you fancy.

In addition, extra deck threats such as Elemental HERO Absolute Zero (which can destroy all your opponent's monsters in one fell swoop) and Elemental HERO Escuridao (who can reach incredible attack through his effect and acts as a fantastic Super Polymerization target) put pressure on the opponent going second and help break their board wide open. However, if you have a Polymerization to hand – or if you've searched it with your Vision HERO engine – you should strongly consider making Elemental HERO Sunrise, since his Fusion requirements are very easy to meet, he searches a copy of Miracle Fusion when he's summoned, and he can destroy an opponent's card in your Battle Phase. 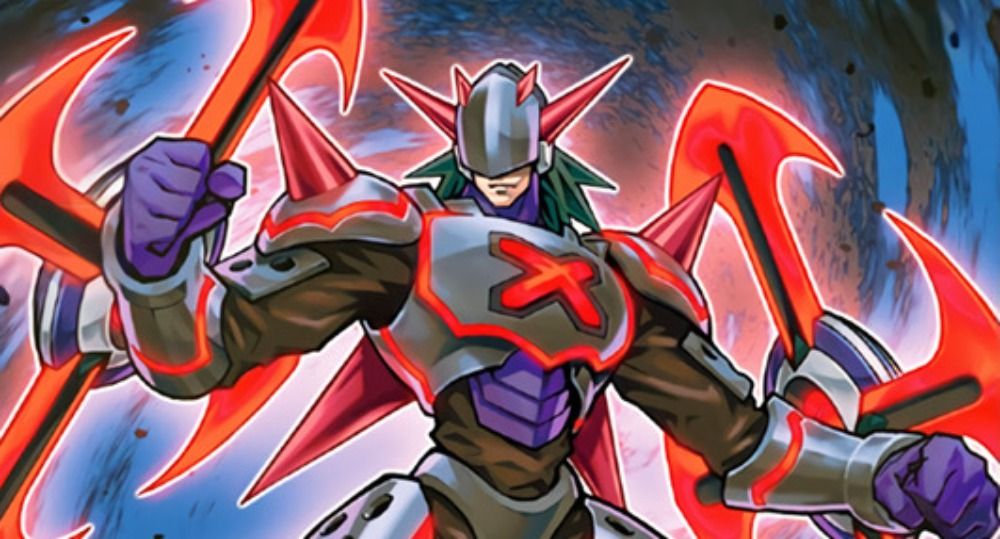 The Xtra HEROs are the newest wave of HERO types. Each of them is a Link monster that provides some kind of extension or power boost for your regular HEROs, and they are essential pieces for your deck.

The one you'll be summoning most is Xtra HERO Cross Crusader, a Link-2 who can Special Summon a Destiny HERO monster from your Graveyard, and also tribute a Destiny HERO to search any other HERO from your deck. This has fantastic combo potential since it gives you access to vital extenders such as Vision HERO Faris and Evil HERO Adusted Gold.

Teaming Up With The Destiny HEROs 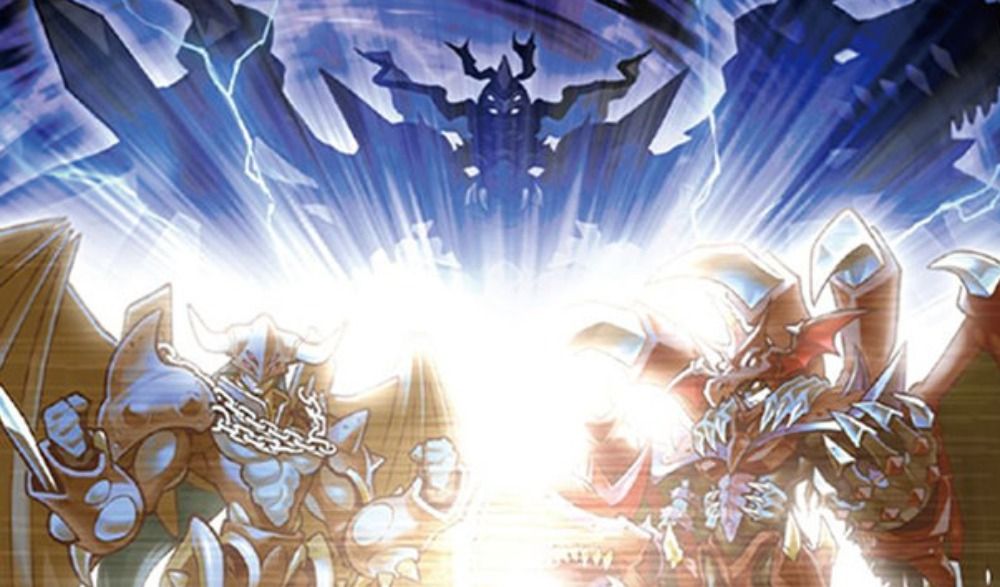 Two of the Destiny HERO monsters bolster your going-first plays by providing powerful floodgate effects. The iconic Destiny HERO Plasma can be Special Summoned by tributing three monsters, and it negates all of your opponent's monster effects on the field. In addition, on your turn, it can equip a monster your opponent controls to it and gain its attack! Finally, Destiny HERO Dark Angel is an interesting addition to the deck that can Special Summon itself from your hand to the opponent's side of the field when you have three Destiny HERO monsters in Grave, and while it's on your opponent's side of the field any Spell card they activate is negated and destroyed. These two combined are an incredibly oppressive first-turn board that can catch many opponents off guard and winyou some games.

With a good hand and some deft combo play, you can set up Plasma and Dark Angel alongside Masked HERO Dark Law, who can be Special Summoned by Mask Change. Dark Law will make any card sent to your opponent's Grave get banished instead, and can also banish a card from their hand once per turn, putting the lock on your opponent even further.

Playing a few copies each of Vision HERO Faris, Vision HERO Vyon, and Vision HERO Increase is all you need for your Vision HERO engine, which provides a combo line that gives you bodies on the field, sends a HERO from deck to Grave, and even searches Polymerization.

As well as setting up Malicious or Shadow Mist in your Graveyard, this engine can also set you up for a Cross Crusader which can search Evil Hero Adusted Gold and set you up for Evil HERO plays.

Closing Out The Game With Evil HEROs 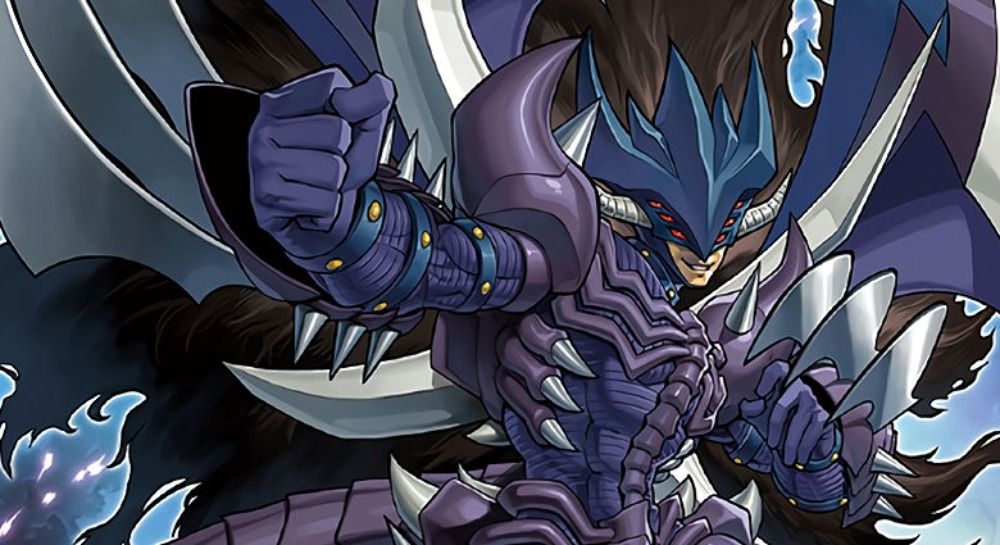 Malicious Bane is a destructive force to be reckoned with – he can destroy all monsters your opponent controls with attack less than or equal to his, and he gains 200 attack for each destroyed. Moreover, Bane himself can't be destroyed by battle or card effect, making him surprisingly difficult for your opponent to deal with if they manage to survive the turn.