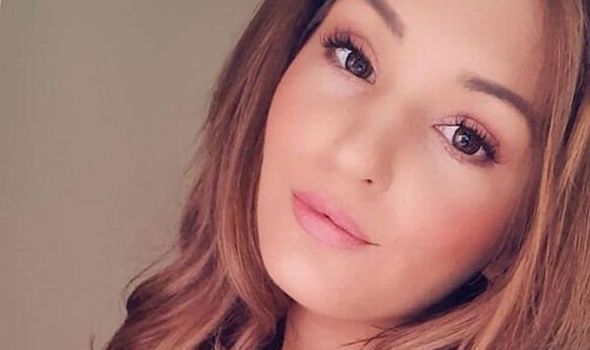 It marked the anniversary of the launch of #CatchUpWithCancer, founded by Craig and Mandy Russell after they lost their daughter Kelly Smith in June last year. Kelly had stage four bowel cancer and died aged 31, just weeks after her treatment was halted due to the pandemic.

Dad Craig, 52, said: “We started this campaign to make sure no family suffers as we have.

“It has been a year and it feels like the Government is not listening.This has to change.

“Catching up with the cancer backlog needs to be a political and funding priority, otherwise we risk losing tens of thousands of additional patients.”

Craig said that while many were looking forward to getting back to normal after curbs were relaxed, for his family life will never be quite the same.

Describing the moment when Kelly was told her treatment would stop, he said: “It was devastating.

“We all thought, ‘Without the treatment, she’s not going to last.’ And that’s what happened.”

Although Kelly’s cancer was considered incurable, aldara laboratorio the treatment could have prolonged her life, giving her more precious time with her son Finley, seven.

The campaign has since heard from dozens affected by delays to treatment and diagnosis caused by Covid. Estimates suggest around 40,000 fewer people started cancer treatment last year and there were 350,000 fewer referrals.

The group described the day as “a birthday the campaign never wanted to have”. They revealed their message was being echoed in the cancer community but ministers did not appear to be listening.

Yesterday, Craig was joined by leading oncologist Professor Pat Price, MPs and supporters as he marched from Parliament to Downing Street.

They then took the petition to the Department of Health and Social Care. Craig said he was hopeful new Health Secretary Sajid Javid would be more understanding of the need to recover non-Covid services than predecessor Matt Hancock.

Craig said: “Work with us and clinicians to understand the nature of the beast and what needs to be done to tackle it. We’re not just pointing the finger and saying: ‘It’s the Government’s fault, you need to do something.’ We’re saying: ‘What can we do to help?’ The campaign will keep going as long as we need to.”

They want ministers to recognise the backlog is “the most time-critical and deadly of all the health backlogs”.

It is calling for a radical national cancer plan, backed by investment in services, to “super boost” capacity and take advantage of solutions being offered by frontline clinicians.

Other recommendations include the appointment of a dedicated minister to oversee it, investment in new diagnostic and treatment tech, and 20 percent more specialist medics.

Prof Price, an oncologist with 30 years’ experience, said: “This is the biggest cancer crisis of my lifetime.

“We need to accept there’s a problem and prioritise. We have to have a ruthless plan led by a minister that can do what needs to be done.”

In a letter to Mr Javid, 18 MPs, including former Liberal Democrat leader Tim Farron, Lisa Cameron of the SNP and two members of the House of Lords, added their voices to the call for action.

They wrote: “As we emerge from the pandemic, there is a hope that life will return to normal but in the case of cancer services, normal simply won’t be enough.”

Grahame Morris, vice-chair of the All-Party Parliamentary Group for Radiotherapy, signed and helped to deliver the petition.

The Labour MP said: “When there is a political will, the Government can act with great speed and focus.”

A government spokesman said: “Cancer diagnosis and treatment has remained a top priority and we are committed to tackling this backlog in cancer care.”

One year ago we lost our daughter Kelly at age 31.

Her life was cut short due to her cancer treatment being halted as a result of the Covid response. She left behind her young son, our grandson.

The devastation we feel is made worse by the knowledge thousands of families are also likely to lose loved ones as the Covid-induced backlog grows.

We have the distinct feeling the Government and NHS leaders are in denial as to the scale and urgency.

Their message appears to be that “everything is in hand” and things will be “back to normal soon”. But there is a huge backlog and cancer doesn’t wait.

The Government wants to get cancer services back to normal by March 2022. But “normal” isn’t good enough, another year is not fast enough.

My message to the new Health Secretary is a simple one: We need cancer services running at “super normal” levels. And “super normal” can’t be achieved by urging the NHS to simply work harder and can’t be disguised with platitudes.

Cancer services require increased workforce and investment in new kit and new ways of working under a #CatchUpWithCancer plan.

One in two will get cancer and no one deserves to feel like collateral of the pandemic.