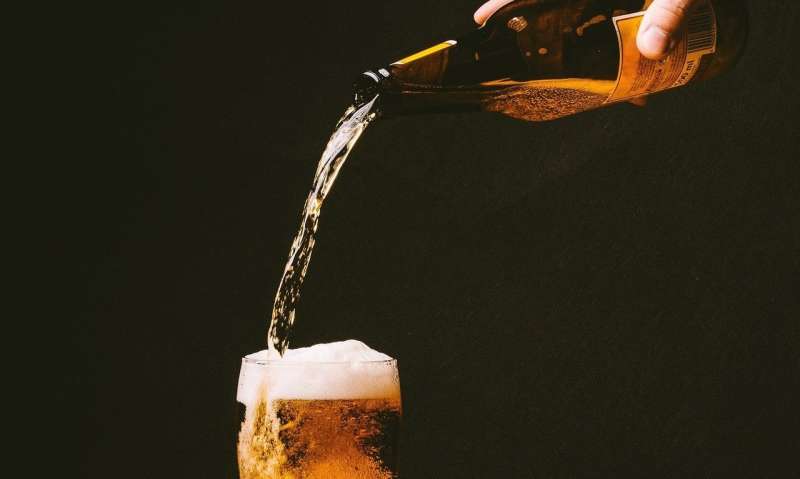 Previous studies have suggested that people who abstain from alcohol have a higher mortality rate than those who drink low to moderate amounts of alcohol. In the new study, researchers used data on a random sample of 4,028 German adults who had participated in a standardized interview conducted between 1996 and 1997, when participants were 18 to 64 years old. Baseline data were available on alcohol drinking in the 12 months prior to the interview, as well as other information on health, alcohol and drug use. Mortality data were available from follow-up 20 years later.

Among the study participants, 447 (11.10%) had not drunk any alcohol in the 12 months prior to the baseline interview. Of these abstainers, 405 (90.60%) were former alcohol consumers and 322 (72.04%) had one or more other risk factor for higher mortality rates, including a former alcohol-use disorder or risky alcohol consumption (35.40%), daily smoking (50.00%), or fair to poor self-rated health (10.51%). The 125 alcohol abstinent persons without these risk factors did not show a statistically significantly difference in total, cardiovascular or cancer mortality compared to low to moderate alcohol consumers, and those who had stayed alcohol abstinent throughout their life had a hazard ratio of 1.64 (95% CI 0.72-3.77) compared to low to moderate alcohol consumers after adjustment for age, sex and tobacco smoking.

“The results support the view that people in the general population who currently are abstinent from alcohol do not necessarily have a shorter survival time than the population with low to moderate alcohol consumption,” the authors say. “The findings speak against recommendations to drink alcohol for health reasons.”