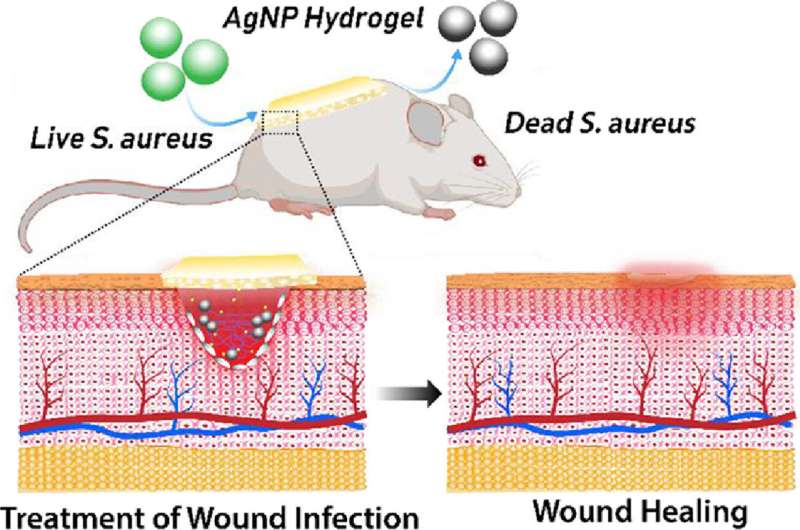 Burns are one of the most common injuries suffered by Australians and one of the top causes of death in children under four. While survival rates for burns patients have improved substantially, treating pediatric burns remains challenging, b b sleepwell especially with the rise of multi-drug resistant bacteria.

Now, new technology from the University of South Australia could revolutionize burns treatments in children by using stimuli-responsive dressings that safely reduce infection and stimulate healing.

This research builds on the recent publications by the research team in Acta Biomaterialia and Biomedicines journals describing antimicrobial efficacy of ultra-small silver nanoparticles against wound biofilms.

The treatment innovation lies in a delivery system that responds to changes in pH and temperature, activating only when infection is present.

“Silver-based wound care products can inhibit the growth of bacteria, but they can also cause toxicity when they deliver too much silver to wounds.

“Our treatment is unique in that it capitalizes on the anti-bacterial properties of silver, but avoids over-exposure, by only activating when infection in present.

“These advanced, ‘on demand’ silver nanoparticle dressings will regulate inflammation while promoting tissue regeneration, making this a much safer and effective treatment for children.”

UniSA’s Professor Vasilev says the new technology will be a gamechanger for burns management.

“Currently there are no responsive wound dressings on the market,” Prof Vasilev says. “This collaborative effort will enable the utilization of smart materials to the benefit of patients and clinicians.”

In Australia, approximately 50,000 burns-related hospital admissions are recorded per year, with young children particularly at risk. Scald burns (65 percent) or flame burns (20 percent) are the most common burn-related injuries for children aged four years and under.

Nearly 75 percent of all scalding burns are preventable.

Research partners Dr. Bernard Carney and Dr. Andrew May, of the Burns Unit of the Women’s and Children’s Hospital (WCH), are working in partnership with UniSA to better understand pathogens present in child burns and develop targeted therapy approach.

“Every year, the WCH’s Burns Unit treats around 600 children suffering from burns, with scalds making up a significant proportion of these injuries,” Dr. May says.

“Most commonly these incidents happen at home. Children under five are most at risk because they like to mimic adult behavior, which means that hot drinks, taps, and saucepans are all big danger zones.

“Despite modern advances in burns surgery, infection remains a big challenge for these vulnerable children and so topical silver treatments are used widely to combat this.