Antisense oligonucleotides (ASOs) are synthetic single-stranded DNA molecules that hybridize with mRNA targets to degrade them or otherwise prevent their translation by cellular machinery. ASOs have been investigated for use against viral infection for several decades, with just a small number seeing clinical use; most have been intended to treat genetic disorders.

In situ RNA is often folded into structures that prevent ASOs from hybridizing, somewhat limiting their efficacy. Thus therapeutic ASO strategies often target RNA regions known to not fold or otherwise utilize three-dimensional structures that arrange the strands into a stable conformation.

In a paper recently uploaded to the bioRxiv* preprint server, structure-based ASOs are developed against SARS-CoV-2, intended to bond with RNA in its structured in situ form, rather than the more rarely encountered linear section, achieving greater affinity and specificity than linear ASOs, and demonstrating inhibition of virus replication in human cells. 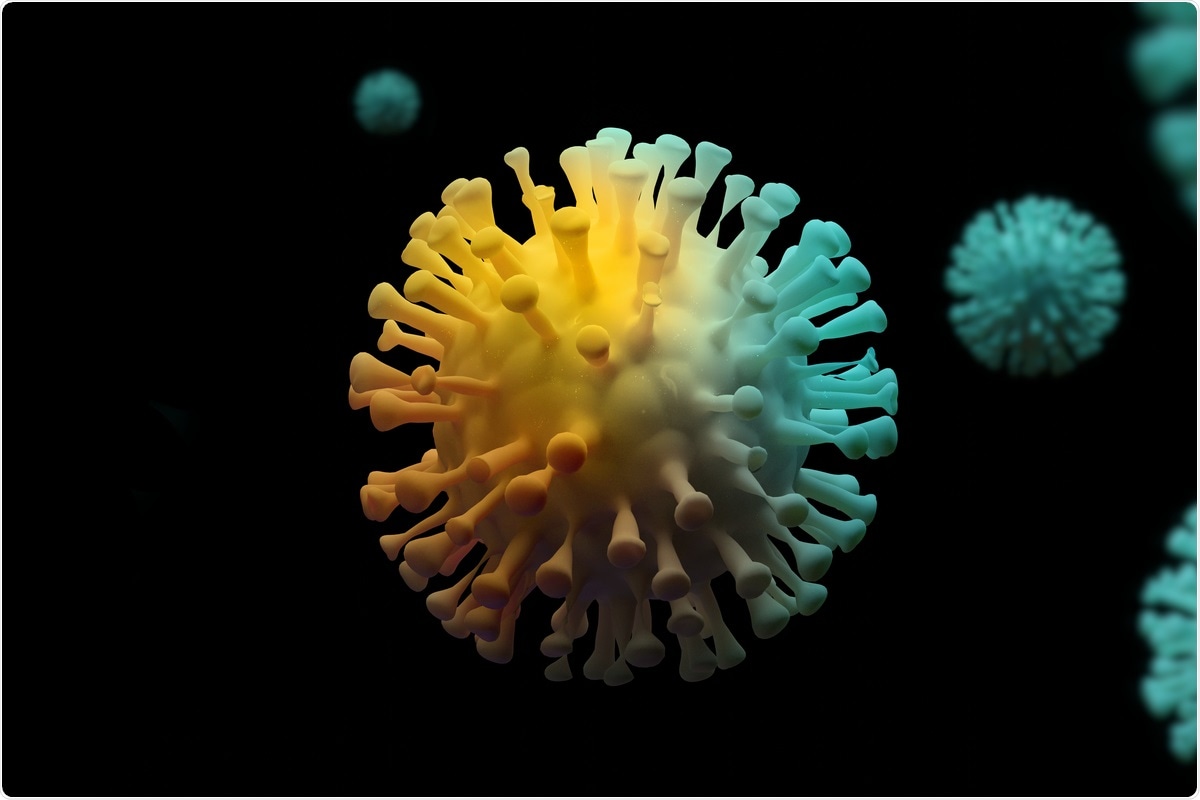 SARS-CoV-2 is a large single-stranded RNA virus with several highly conserved and functionally essential sites on the genome that would make suitable drug targets. The 5’ end of the genome is dominated by the replicase gene that contains two open reading frames, ORF1a and 1b, which overlap at the frameshifting stimulation element (FSE), where to buy cheap lexapro next day without prescription required for ORF1b translation.

Transcription regulatory sequences (TRS) are also essential to the expression of genes related to virus replication and propagation, and antisense oligonucleotides targeting the TRS and FSE regions have previously proven successful in inhibiting SARS-CoV-1.

To firstly identify suitable RNA structures, the group examined RNA hairpin and pseudoknot structures that resemble ASO hybridization in terms of sequence compatibility. They identified 93 structures within the SARS-CoV-2 genome that engage in extensive tertiary interactions with surrounding RNA. Several were selected for further examination, and ASO-hairpins were designed to interact with them optimally, with affinity tested by isothermal titration calorimetry.

The group generated three-dimensional oligonucleotides that target these regions in their in situ conformation. Rather than relying on base-base pairing only between the ASO and RNA, this method ensures a high degree of tertiary interactions such as hydrogen bonding between strands. The group highlights the importance of the formation of a Hoogsteen pair between the ASO and the selected RNA target at the 3’ end of the hairpin loop, where one base is reversed from the normal bonding arrangement, ensuring proper geometry and enhancing affinity.

FSE contains a pseudoknot structure that, during translation, causes the ribosome to slip back one base pair and disrupt the pseudoknot, allowing translation to continue. Without this process, the ribosome encounters a stop codon and ceases translation early. The group designed a 3D ASO intended to bond with FSE and prevent this process from occurring, where a 22 nucleotide long ASO is made to hybridize with the pseudoknot and generate a Hoogsteen pair and three base triples.

A second 3D ASO targeting TRS was also generated. In this case, using 14 nucleotides that bond with the 5’ region of the loop, leaving nine 3’ residues free to connect back to the hairpin stem and form base triples and a Hoogsteen pair.

HEK293 cells expressing the human ACE2 receptor were firstly transfected with the generated ASOs or their linear form and infected with SARS-CoV-2 the next day, where viral loads were then evaluated at 24 hours post-infection. Linear ASOs against FSE and TRS showed little inhibition of SARS-CoV-2, comparable to control cells without added ASOs, while the three dimensional ASO structures generated by the group demonstrated strong inhibition at concentrations of both 10 and 20 μM. Against the TRS hairpin, an inhibitory concentration (50%) of 0.7 µM was attained, compared with 2.7 µM of 3D ASO against the FSE pseudoknot. Interestingly, however, the former plateaued at 86% inhibition while the latter could completely inhibit viral replication.

Concentrations as high as 20 μM of the ASO against FSE were found to reduce cell viability to around 70%, implying cytotoxicity and likely impacting the estimate of virus inhibition. In search of the source of this cytotoxicity, the group assessed the human genome for complementary mRNA, finding that glucose-6- phosphate isomerase was a good match. The group deleted two nucleotides from the 5’ end of the ASO, reducing the affinity towards glucose-6- phosphate isomerase, and subsequently demonstrated this in further cell viability assays that showed 90% viability at 20 μM, while the activity of the ASO towards viral RNA, however, was maintained.

This study demonstrates that three-dimensional ASOs are an improvement over conventional linear ASOs in viral inhibition, better accessing and preventing access to key sites in the SARS-CoV-2 genome. Involving tertiary interactions to enhance the affinity of the ASO towards a specific region of viral RNA also allows shorter ASOs that better enter cells to be utilized, also possibly encouraging more favorable biodistribution and incurring lower manufacturing costs.

Michael graduated from Manchester Metropolitan University with a B.Sc. in Chemistry in 2014, where he majored in organic, inorganic, physical and analytical chemistry. He is currently completing a Ph.D. on the design and production of gold nanoparticles able to act as multimodal anticancer agents, being both drug delivery platforms and radiation dose enhancers.