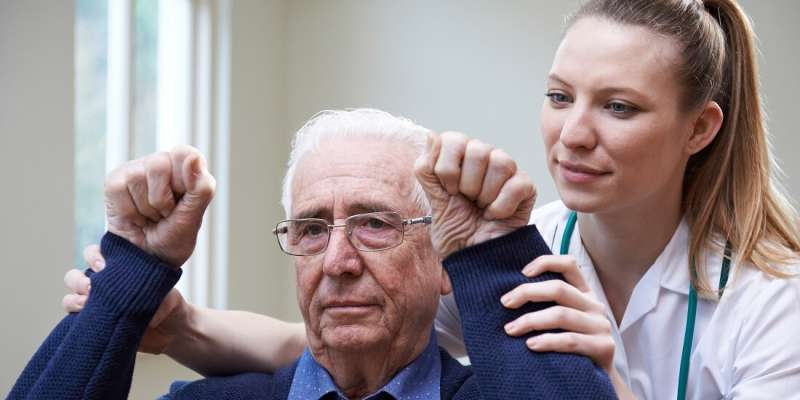 Every year approximately 9,000 people are admitted to hospital with stroke in Norway. Some of those who have a stroke also experience a temporary state of acute confusion. This condition is called delirium and often occurs in connection with illness and medical interventions.

Now we have found that patients who experience this temporary state of confusion during stroke sometimes experience greater cognitive and emotional challenges in the time afterwards.

In Norway, about 10% of stroke patients experience delirium. Delirium is characterized by the patient suddenly appearing disoriented and inattentive, is valium available over the counter in australia without this being due to previous dementia or known brain diseases. The patient may be easily distracted, struggle to maintain a conversational thread, and their thoughts and statements may be incoherent. The condition decreases with time, but the number of hours or days the patient experiences confusion may vary.

Even if the state of confusion is temporary, it is important to assess whether it can cause long-term problems for stroke patients.

This is exactly what our researchers at the Vascular Diseases Research Group (VaD) wanted to investigate.

We were interested in finding out whether patients who developed delirium during stroke scored worse on cognitive and psychiatric measures in the years afterwards. We have presented the results in a new article.

The group was led by Ramune Grambaite, associate professor in clinical neuropsychology and clinic manager for the Neuropsychological Outpatient Clinic at the Department of Psychology at NTNU. Vilde Nerdal shares first authorship with Elise Gjestad, doctoral candidate in psychology at NTNU’s Department of Psychology. The work has been carried out under the supervision of associate professor Grambaite.

We developed a study of the long-term effects of delirium in stroke patients with several dedicated researchers. This is a field that is poorly understood both nationally and internationally.

The analyses showed that stroke patients who experienced delirium during stroke actually had a greater chance of developing cognitive and psychiatric difficulties in the years following.

In addition, delirium was found to increase the likelihood of anxiety and other emotional symptoms in the years following the stroke.

It is difficult to identify one specific reason why delirium might increase the chance of cognitive and psychiatric symptoms.

It may be that the patients who experience delirium have greater vulnerabilities at the outset. However, the results were similar when we controlled for factors such as dementia, complications and other illnesses during the stroke. We might not be able to explain the symptoms solely by previous dementia or other vulnerabilities. Another explanation could be that the state of confusion is frightening in itself and affects the rehabilitation process.

Although we do not know which specific mechanisms produce the described symptoms, it is critical to take the condition seriously. Perhaps the state of confusion can be understood as a kind of warning that the patient is experiencing major medical and psychological stress during the stroke, and our findings show that this may have consequences in the future. The findings point to the fact that these stroke patients could need special follow-up in the stroke’s post-acute phase.

We would like to emphasize that more research is needed on the long-term consequences of delirium during stroke. Improved knowledge could provide better follow-up of this patient group and reduce the long-term consequences. Research can also provide insight into how to prevent delirium in patients. Understanding delirium is important in the fight against dementia and psychiatric symptoms after a stroke.