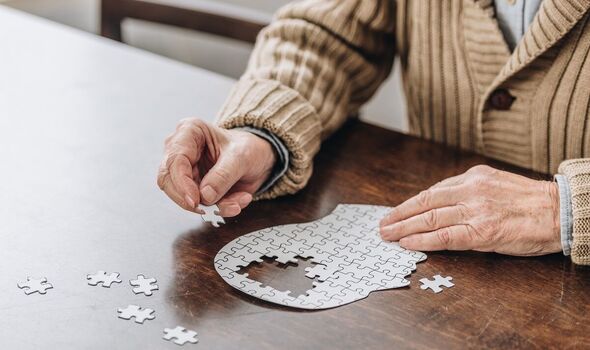 Concern has mounted that many vulnerable and elderly are still not receiving help after Covid ravaged the ability of professionals to carry out assessments. From next week, those in 14 pilot areas will be assessed by specialists.

Latest figures show 451,992 people in England have a dementia diagnosis, up 2.8 percent on last year. But this number is feared to be the tip of the iceberg.

Professor Alistair Burns, NHS England’s national clinical director for dementia, nasacort 24 hr reviews said: “The pandemic has naturally had an impact on the number of people diagnosed with dementia, with elderly people seeing fewer people to protect themselves from Covid.

“The NHS is determined to ensure those who developed dementia during the pandemic are given a diagnosis as it will open up doors to further support for people and their families who suffer from this heartbreaking disease.

“There are many things we can do in the NHS to care for and support people if they do get a diagnosis, and importantly there is support for their families and carers too.”

The new drive will see GPs share a list of care home residents without a dementia diagnosis.

Staff involved will check with the facility to see if those listed have memory problems with residents offered a full face-to-face assessment.

Clinicians will review medication use as well as speaking to family and friends to determine whether they have dementia, which is incurable, and Alzheimer’s is the most common disease.

It comes as scientists heralded fresh hope in the fight against harrowing brain wasting conditions after the first drug to slow the destructive disease showed genuine promise.

Lecanemab works in the early stages of the disease by attacking sticky clumps known as beta amyloid that aggregates up in the brains of Alzheimer’s sufferers.

Sufferers are currently given drugs to manage their symptoms, but none has ever been able to treat the causes of the disease.

Lecanemab is an antibody engineered to tell the attacked immune system to clear amyloid from the brain.

Results published last month at a global conference in San Francisco showed the disease continued to rob sufferers of cognitive function but at a rate slower by around 25 percent over the course of 18 months.

NHS England has committed £900,000 to launch two pilots in each of England’s seven regions. Trusts involved include Cambridgeshire and Peterborough; Herefordshire and Worcestershire; Cumbria, Northumberland, Tyne and Wear; Kent and Medway; Cornwall and Isles of Scilly and Somerset.

It follows a successful trial in Norfolk where more than 100 care home residents were given a face-to-face assessment, with 95 receiving a dementia diagnosis.

The family of one said it “gave her peace of mind”.

Mental health nurse Laura Hudson, 45, from King’s Lynn, managed to get a diagnosis for her mother Pam, 80, a former NHS nurse.

She said: “She was a general nurse for 20-years but people who knew her then wouldn’t recognise her now.

“I’m so relieved she has the diagnosis because it has meant people realise they have to dig a little deeper with her. If you ask her if she’s OK she will say she’s fine but sometimes you have to ask a little more than that to get to the bottom of things.

“She’s getting good care where she is, but the diagnosis gives me peace of mind that if she has to go into hospital she will be treated appropriately there.”

A spokesman for the Alzheimer’s Society said: “Diagnosing dementia is crucial to unlocking the right care and support, so we’re pleased NHS England is prioritising the diagnosis of people in care homes.

“Knowing someone has dementia can transform their care, ensuring they receive the right kind of support, and families and carers get the information and guidance they also need after diagnosis. We know the vast majority of those who have received a dementia diagnosis see it as a positive step, albeit one which can often be life-changing.

“If successful, we want to see this pilot rolled out as soon as possible across England as well as a focus on improving dementia diagnosis for everyone, both in and out of care homes.”