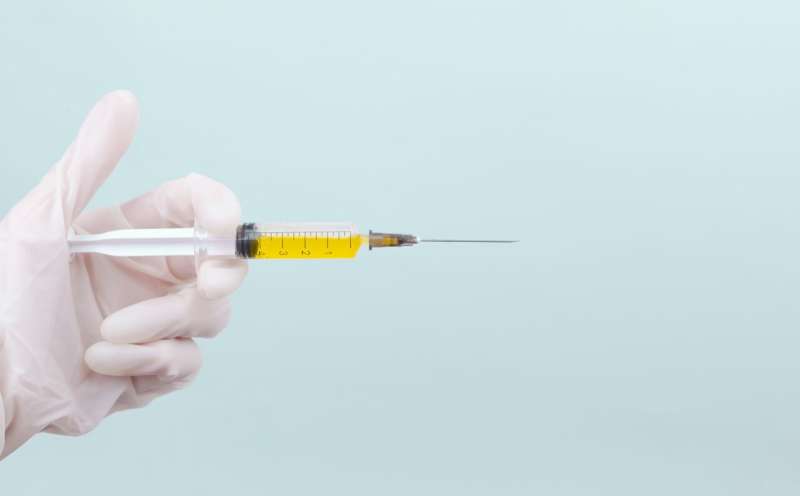 The development of an effective vaccine for malaria has proved to be far more challenging than developing a vaccine to protect people from COVID-19. Several different COVID-19 vaccines were developed and approved for use within a year of the disease’s emergence.

In contrast, it took over 30 years of intensive research and numerous clinical trials by the Walter Reed Army Institute of Research and partners before the first malaria vaccine, Mosquirix, was approved for use by the World Health Organization (WHO) in 2021.

Creating a vaccine for a vector-borne disease such as malaria is very challenging. The parasite takes on different forms in different hosts. And it’s constantly evolving to evade the human immune system and control interventions.

In a major step towards the equitable roll-out of Mosquirix, the WHO awarded the vaccine prequalification status in September 2022. The prequalification step follows approval. It ensures that only good quality products are procured and distributed by United Nations agencies and other major donors.

Like Mosquirix, the R21 vaccine targets the sporozoite. This is the malaria parasite stage that is transferred to humans when the malaria-infected female Anopheles mosquito is taking a blood meal. When effective, both vaccines ensure that the sporozoites are destroyed before they enter the liver. It effectively prevents malaria infection by halting the parasite life cycle in the human host.

The fight against malaria has been significantly strengthened with the addition of malaria vaccines to the suite of prevention measures. These vaccines have the potential to reduce malaria-related illness and and death in children under the age of five—one of the populations currently most affected by malaria.

Both vaccines—Mosquirix and R21—target the same parasite stage and use the same malaria proteins. But Oxford’s R21 vaccine contains a higher number of these malaria proteins. And it uses a different adjuvant—a chemical substance that stimulates the body’s immune response. These two factors are thought to improve the efficacy of the R21 vaccine by causing a stronger immune response.

The preliminary data are drawn from a two-year study involving 409 children aged five to 17 months. The children received a booster dose 12 months after receiving the first three doses of the vaccine. The data suggest that the R21 vaccine resulted in a higher level of protection than Mosquirix.

Eight out of every 10 children who received four doses of the R21 vaccine did not develop malaria over the trial period—making this malaria vaccine the first to meet the WHO minimum efficacy target of 75% for 12 months in the target population of young African children.

These study results are encouraging.

But researchers have cautioned against a direct comparison between the performance of the R21 and Mosquirix vaccines. Unlike the Mosquirix vaccine, the R21 vaccine was given to children before the start of the malaria season. And it was only tested on a small number of children from one region in Burkina Faso. In addition, a number of control and prevention measures were in place.

A larger study is needed to confirm vaccine efficacy in African children across the continent. This study must be done in regions with differing malaria transmission intensities, matcha green tea vs white tea differing levels of malnutrition and anemia in the target populations, and varying coverage of control interventions.

Four thousand eight hundred children from four African countries—two of which have malaria transmission all year round—have been enrolled in a phase 3 clinical trial. The aim of this trial is to demonstrate vaccine safety and efficacy in a larger, more diverse group of children. The researchers from the Jenner Institute expect the R21 vaccine to be approved for use next year, as long as no unexpected safety concerns are raised in this larger trial.

Manufacturing and distribution bottlenecks prevented the timely and equitable distribution of COVID-19 vaccines. To avoid a repeat, the University of Oxford has signed a manufacturing agreement with the Serum Institute of India, the largest manufacturer of vaccines globally. Under this agreement, the Serum Institute has agreed to supply at least 200 million doses annually. This is significantly more than the 15 million to 18 million doses of Mosquirix that GlaxoSmithKline is contracted to produce every year until 2028.

But, according to the WHO, this quantity is far lower than the projected demand for vaccines. To increase manufacturing capacity, the Jenner Institute is in talks with African vaccine manufacturers.

Getting the vaccines manufactured is only the first step.

Misinformation, vaccine hesitancy and safety concerns have contributed to a lower rate of vaccination against COVID-19, particularly among children.