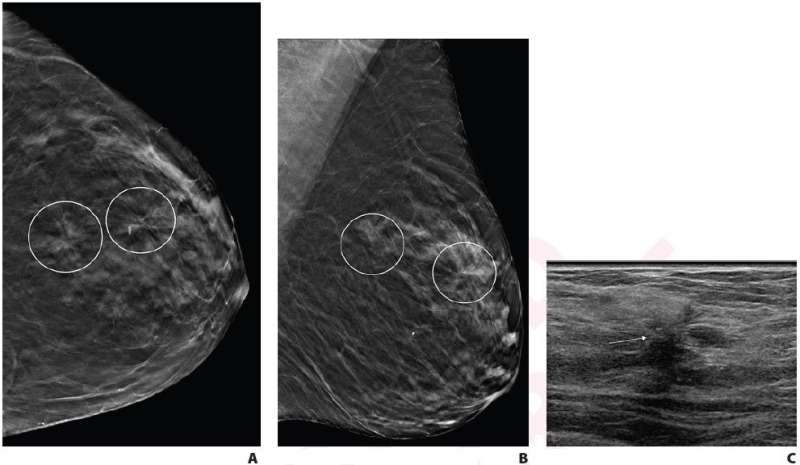 According to work published in the American Journal of Roentgenology, for patients with multiple architectural distortion (AD) identified on digital breast tomosynthesis (DBT), lortab with ibuprofen biopsy of all areas may be warranted, given the variation of pathologic diagnoses across AD in individual patients.

Wang and colleagues’ retrospective study included 402 patients (mean age, 56 years) who underwent image-guided core needle biopsy of AD visualized on DBT between April 7, 2017, and April 16, 2019. Patients were grouped in the single or multiple AD cohort based on the presence of distinct AD areas noted in the clinical report, while the pathologic diagnosis for each AD was based on the most aggressive pathology identified on either biopsy or surgical excision (if performed).

Ultimately, compared with single AD, multiple AD showed a higher frequency of high-risk pathology (53.0% vs. 32.5%, p=.002) but no significantly different frequency of malignancy on a per-lesion or per-patient basis (31.8% vs. 28.2%, p=.56). In 8/24 patients with ≥2 ipsilateral biopsied AD, the ipsilateral areas varied in terms of most aggressive pathology; in 5/10 patients with contralateral biopsied AD, the contralateral areas varied in most aggressive pathology.