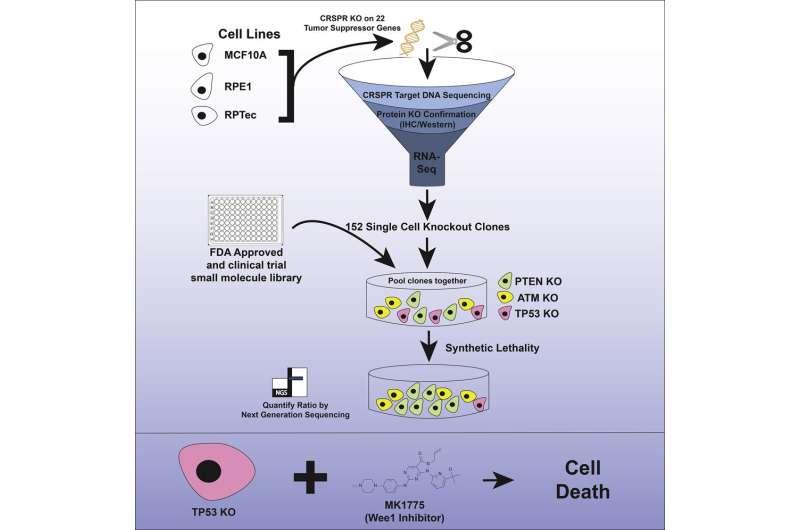 In a May publication in iScience, researchers led by Ludwig Johns Hopkins’s Ashley Cook, Nicolas Wyhs, Kenneth Kinzler and Shibin Zhou described their creation of a panel of isogenic—or genetically identical—cell lines designed to enable the large-scale screening of drugs that target cancers driven by the loss of function of tumor suppressor genes.

The majority of cancer-driving mutations in tumors disable tumor suppressors, and many tumors are driven exclusively by such loss of function mutations. Yet only one drug approved by the U.S. Food and Drug Administration targets such a driver mutation. This species of cancer drivers can be targeted by disrupting new and unique biochemical dependencies that are generated in cancer cells by the loss of a critical gene function.