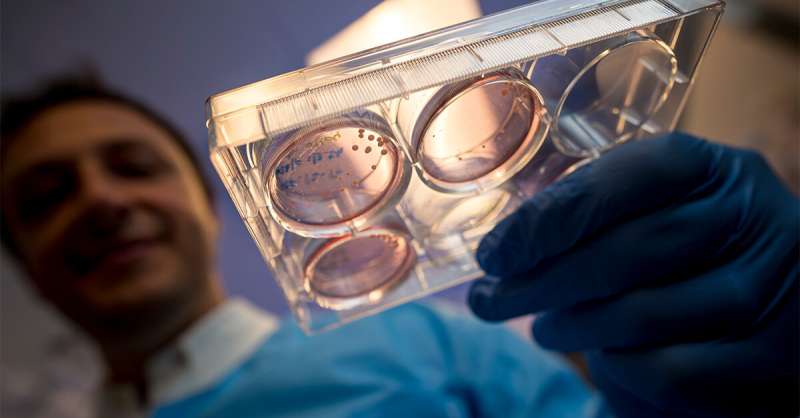 Using human brain organoids, an international team of researchers, led by scientists at University of California San Diego School of Medicine and Sanford Consortium, has shown how the SARS-CoV-2 virus that causes COVID-19 infects cortical neurons and specifically destroys their synapses—the connections between brain cells that allow them to communicate with each other.

“Vaccines and emerging treatments have reduced the health consequences of COVID-19 in most patients,” said senior study author Alysson R. Muotri, Ph.D., professor in departments of Pediatrics and Cellular and Molecular at UC San Diego School of Medicine. “But the phenomenon of Long COVID, characterized by persisting symptoms that include neurological impairment, remains poorly understood and without any specific remedy.

“This work helps explain some of the neurological symptoms of COVID-19, and more importantly, it suggests that an FDA-approved antiviral drug might be repurposed to restore infected brain cells to health and address long-term neurological outcomes of COVID-19.”

Though primarily considered to be a respiratory disease, COVID-19 can cause temporary or long-lasting neurological symptoms in some patients, ranging from loss of taste and smell, impaired concentration (brain fog), and psychological effects such as depression to stroke, epilepsy, and encephalopathy (a change in brain function or structure).

With evidence accumulating that the SARS-CoV-2 virus can infect and alter brain cells (including in developing fetuses), the research team focused on using organoids—self-organizing, three-dimensional tissues derived from cultured stem cells that can mimic some organ functions.

Researchers exposed the brain organoids to SARS-CoV-2, observed viral infection and replication and noted that the virus rapidly decreased the number of excitatory synapses in neurons within seven days post-infection. Excitatory synapses increase the firing action potential of a neuron, while their counterparts, called inhibitory synapses, decrease that potential.

However, when infected organoids were treated with sofosbuvir, viral replication was inhibited, and observed neurological impairments rescued or restored. The findings echo earlier computational models that suggested sofosbuvir could be a treatment and previous research by Muotri and colleagues that found sofosbuvir effectively protected and rescued neural cells infected by the Zika virus.

“The bottom line is that sofosbuvir appears to have the potential to arrest or prevent the development of neurological symptoms in COVID-19 patients,” Muotri said. “And because it has been shown to present no safety concerns in pregnant women, it might also be an option for preventing SARS-CoV-2 transmission to their unborn children.

“Further studies and clinical trials are needed, of course, but these findings offer a path forward for treating a condition (Long COVID) that has so far stymied remedy for millions of people wolrdwide.”