Microsoft Flight Simulator will be compatible with virtual reality. The functionality will be added to the game for free later this year. The first compatible device will be manufactured by HP, with other leading VR products to follow. The announcement was made on July 15, during a joint press briefing hosted by the developers at Asobo Studio and Microsoft.

The first headset to support the game will be the HP Reverb G2, which is due out this fall. The device boasts a monstrous 4320-by-2160 pixel resolution, which is 2.5 times the number of pixels found in the Oculus Rift S. Microsoft says the highly anticipated new flight simulation game will be a launch title for the Reverb G2, which has been developed in partnership with Valve to integrate unique optical and audio technology.

Developers tell Polygon that work on adding compatibility with additional VR headsets — including HTC, Oculus, and Valve’s own devices — will begin soon after the Reverb launches.

“The very first piece of feedback that came out of [our announcement at E3 was], ‘Oh my God! This is going to be the best VR thing ever. They better have VR!’” said Jorg Neumann, head of Microsoft Flight Simulator, during an interview with Polygon. “We immediately said, ‘Yep, we’ve got to do this now.’ We put a team on it, and and then partnered with HP.”

No specific release date for the Reverb G2 has been announced.

“They actually have a specific date,” Neumann told Polygon. “But you know dates. Honestly, when we started working with them […] in earnest is when the coronavirus thing hit and the factory shut down.

“There was a time when it was actually supposed to be in July,” he continued, “but it’s moved from then. Now they have a new date — I want to say it’s September. I’m not even sure. But we just wanted to respect the fact that they own their date, and we’re going to ship with them.”

This isn’t the development team’s first experience with VR. Asobo Studio, which is based in France, initially caught the attention of Microsoft Game Studios for its work with Hololens.

Microsoft Flight Simulator builds on the nearly 40-year-old code base that has been with the game since its inception in 1982. This latest iteration draws on more than two petabytes of Bing data — including satellite imagery and photographic information — to stream an authentic simulation of the entire Earth to players. It includes nearly 40,000 airports, and a newly improved flight model. Authentic aircraft have been built with help from the manufacturers themselves, including Airbus and Boeing.

Neumann showed a working prototype of Flight Simulator to the press during the July 15 briefing. It showed a video clip of a binocular view of a cockpit interior, with the pilot able to easily see all of the instrumentation needed to fly the plane.

“Just like [hands-on-throttle-and-stick] and other accessories,” Neumann said during the briefing, “it’ll enhance the experience a ton. VR is just a great way to have the Flight Sim experience.”

Microsoft Flight Simulator is headed to PC on Aug. 18, and eventually to Xbox consoles. It’s being sold in three editions, ranging from $59.99 to $119.99. It will also be part of the Xbox Game Pass program. 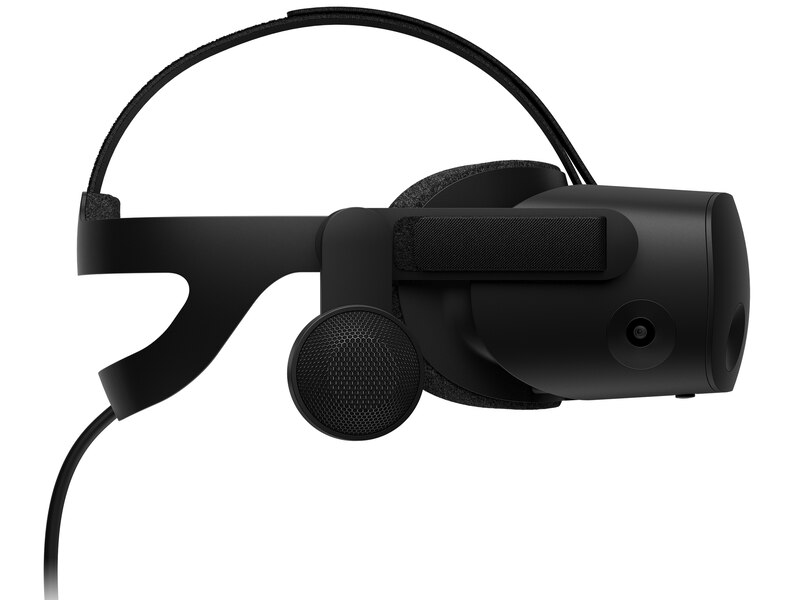 The HP Reverb G2 will be the first VR headset compatible with Microsoft Flight Simulator. It boasts category-leading resolution, with optical and audio technology developed in partnership with Valve.

Vox Media has affiliate partnerships. These do not influence editorial content, though Vox Media may earn commissions for products purchased via affiliate links. For more information, see our ethics policy.