Folks, I’m extremely worried about Dragon Age 4. The launch date is pretty much the last thing on my mind, and I’m not particularly fretting about any plot strands either. The game is finely poised after Inquisition’s ending, Minrathous seems like a fascinating setting, and more Tevinter likely means more Dorian. I’m not worried about any content at all – I’m just worried it’s going to suck.

Dragon Age 4 development began when Anthem was still a thing, and was apparently heavy on the online elements. That’s not too surprising; Mass Effect 3 had a fantastic online component, although Dragon Age: Inquisition’s wasn’t so hot and Andromeda’s was a poor imitation of ME3’s with extra bugs to boot. Add Anthem into the mix, and it’s obvious EA saw online play as a major factor in BioWare’s future. Following Anthem’s shutdown, the game was retooled to remove online play completely. That’s a major change, and even if it’s a good one, it’s highly disruptive.

The Dragon Age 4 we eventually get will be better than the Dragon Age 4 of the Anthem Era, I have no doubts about that. But anyone with half a brain could have told you an online facing Dragon Age 4 was a bad idea. Thanks to executives with skulls full of dollars in place of neurons though, years were wasted and the spine of the game was put in place with online as the focus. It’s unclear how easily the game can be restructured into the form it was always most suited to. 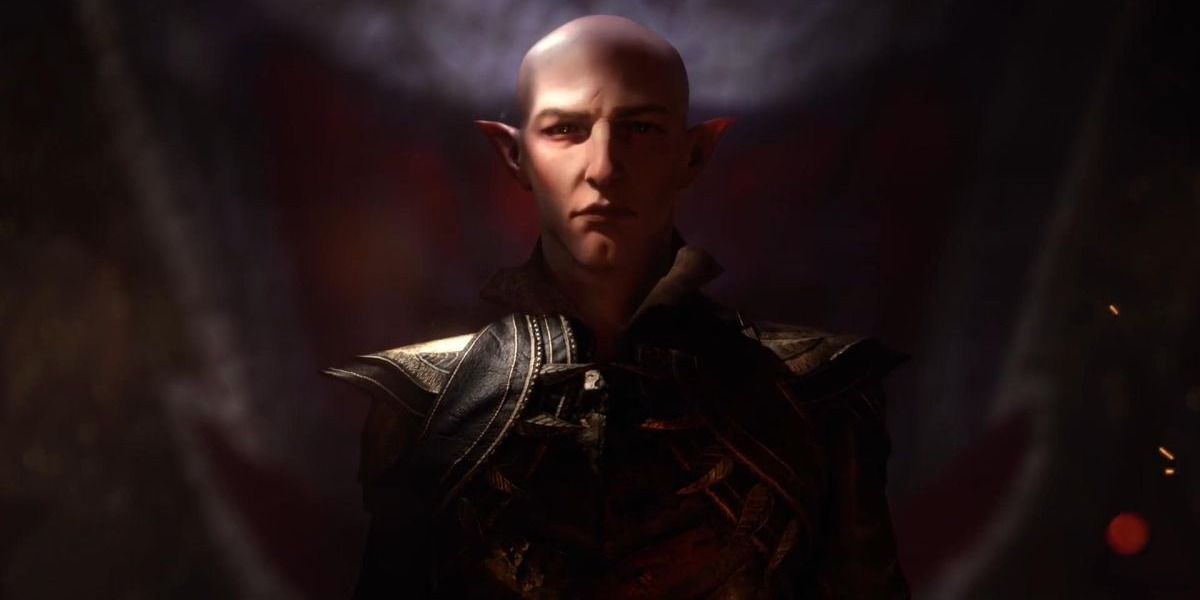 Perhaps Dragon Age could weather this storm with a strong hand at the wheel, but it often feels like the development has been rudderless. Several major figures have departed during the development process, with executive producer Christian Dailey the most recent to jump ship, as was announced yesterday. I’m not in the BioWare building, so perhaps the transition has been smooth between each leader each time. We should be less married to the idea that a video game, a thing made by hundreds if not thousands of people, is solely the vision of its director as executed by his underlings – but that doesn’t mean constantly changing leadership roles is a good thing.

At the very least, it’s a red flag. While red flags enrage bulls, all they do is worry gamers about the state of their favourite title’s development process. Truly we are the most developed creatures on this green earth.

Casey Hudson rejoined and then releft BioWare, while Mark Darrah jumped ship and labelled the fabled 'BioWare magic' as a "terrible" crunch process. Since Inquisition, leading Dragon Age figures like writer David Gaider, 4's senior creative director Matt Goldman, and 4's senior producer Fernando Melo have also departed BioWare. None of this is good news. The silver lining, however, is there to find for whoever wants to look. 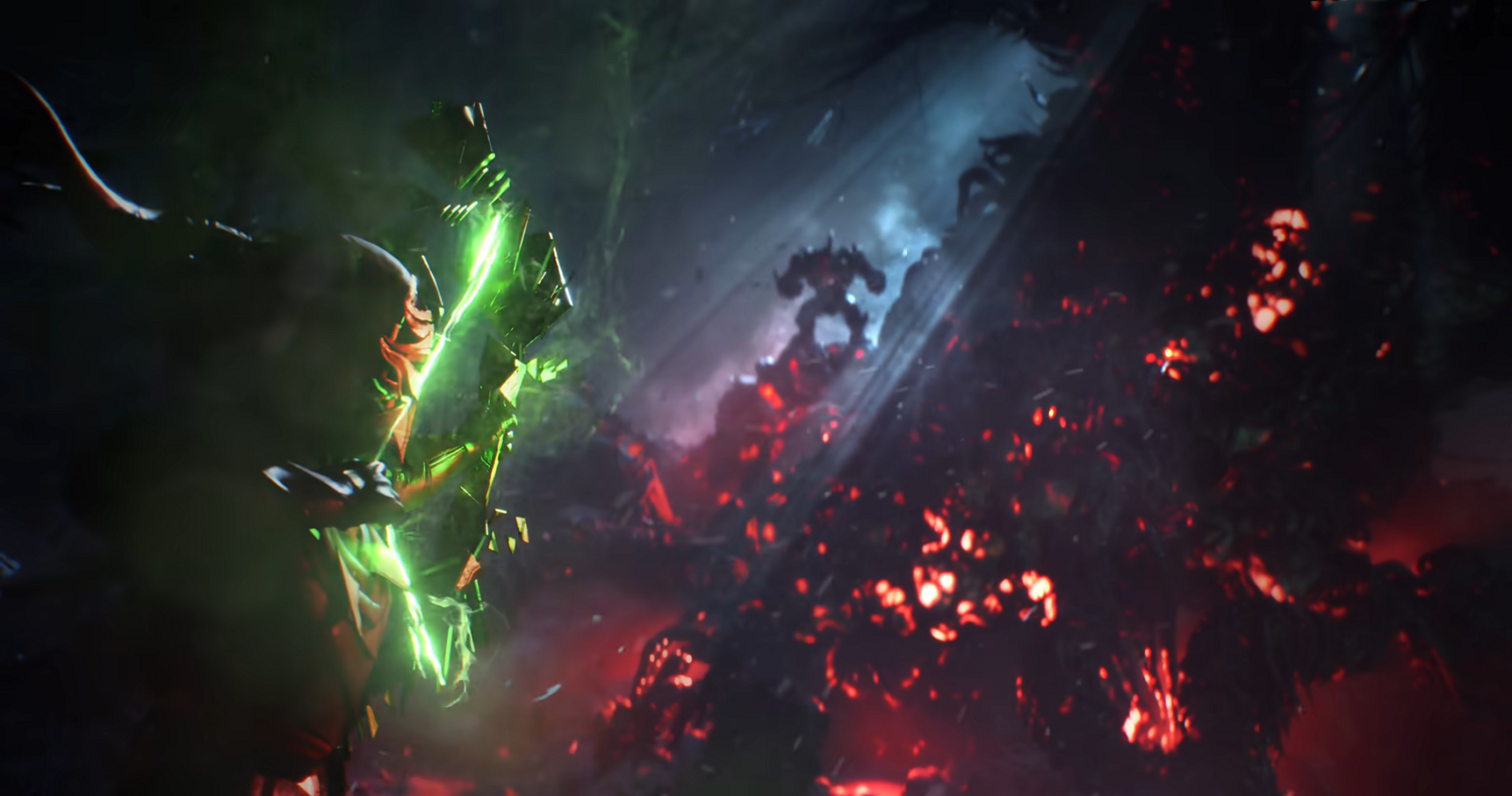 Corinne Busche is the new game director, and Busche is an out trans woman. Is this identity politics at play? Sure, a little. I'm not so naive as to think all trans people are perfect, or even nice. I'm sure we're all aware of Caitlyn Jenner, and those of you deeper in the trans sphere will also know Blaire White. But I could only list a few trans people in games, with the emphasis on 'few'. Away from the indie scene, where queer developers get a little bit more of a look in, trans voices are few and far between. Dana Nightingale, Maddy Thorson, then I'm struggling. Even Thorson is from the indie scene, but received mainstream recognition through Celeste. In a medium where the assumed audience is still straight, white, and cis male, more diverse voices are always welcome. On a personal level, this is not just another diverse voice either, but a voice diverse in the same way as mine, and I have to see that as a win.

Then there's how it relates to Dragon Age specifically. BioWare has always been strangely ahead of the curve yet behind our expectations when it comes to representation. Because we expect Dragon Age (and Mass Effect) to offer a range of realistic and diverse relationships open to interpretation by a range of different playstyles, it's held to a higher standard than most video games. Gay relationships are implemented well into the game, and characters have layered, complex views on gender, but it inevitably falls short.

Busche's announcement was followed by two statements from her. The first, "To LGBTQIA+ and under-represented players, we see you. Quality representation is critical," suggests addressing these short-comings will be a priority in DA4, even moreso than previously. The second, a reminder that despite her leadership position game development is a team sport, should help soothe any fears that rampant egotism, the undoing of so many development teams, will derail a game already badly crying out for a sense of stability.

Busche doesn't make me any less worried about Dragon Age 4. Too many things have already gone against it. But she does make me hopeful that when it arrives, despite all my fears, I still might love it.