Encanto is a wonderful film. The latest project from Walt Disney Animation Studios is a charming, colourful, and surprisingly poignant glimpse into Colombian culture awash with gorgeous character designs and stunning original songs from Lin-Manuel Miranda.

While it didn’t light up the traditional box office, the movie has found a second home on Disney+ where it has seemingly been embraced by millions with its universal message of meeting familial expectations and encountering the toxicity that comes with being enough and learning to value who you are as a person. It’s a short and sweet adventure, but one that also sets the foundation for an animated series that Disney doesn’t always deal in anymore. But now streaming services are a thing, perhaps that can change.

Ever since its streaming debut, my social media feed has been filled with imaginative fanart, nuanced critique of the film’s core themes, and behind-the-scenes glimpses of how its finest moments were put together. I adore how passionate the audience for this film is, whether they’re dedicating themselves to multiple viewings or forming communities on the foundations of creativity that would only be possible online. It’s awesome, and I’d love to see it continue long after Encanto has left the current conversation.

I want to see an animated series in a similar vein to Rapunzel’s Tangled Adventure, a show that spanned multiple series and continued the story of Rapunzel while introducing a number of excellent new characters that saw an entirely new fandom being built upon the underrated classic. It was great, and I swear it isn’t purely because Cassandra is a badass sword-wielding lesbian who is so queer coded it hurts. She’s a big part of it, but the show also wasn’t afraid to expand upon and even improve the original film’s storyline in ways nobody would have expected. It wasn’t just a ‘situation of the week’ comedy that could easily appeal to young viewers, it strived to be something more and nailed it. Hercules, Tarzan, The Emperor’s New Groove, Frozen and many more all had similar spin-offs.

Encanto is perfect for the same treatment, especially given its huge cast of characters who received only a surface level of development in the feature film. The Madrigal family are a diverse range of individuals each with their own qualities and flaws that make them people worth caring for, whether it’s Luisa’s superhuman strength and drive to provide for her family or Bruno’s self-imposed exile in the fear of hurting those closest to him. The entire clan is confined to a house that blesses their lineage with magical powers, and this closeness is used to intimately examine how families operate in the face of unrealistic expectations and maturing with the times despite a growing generational divide. 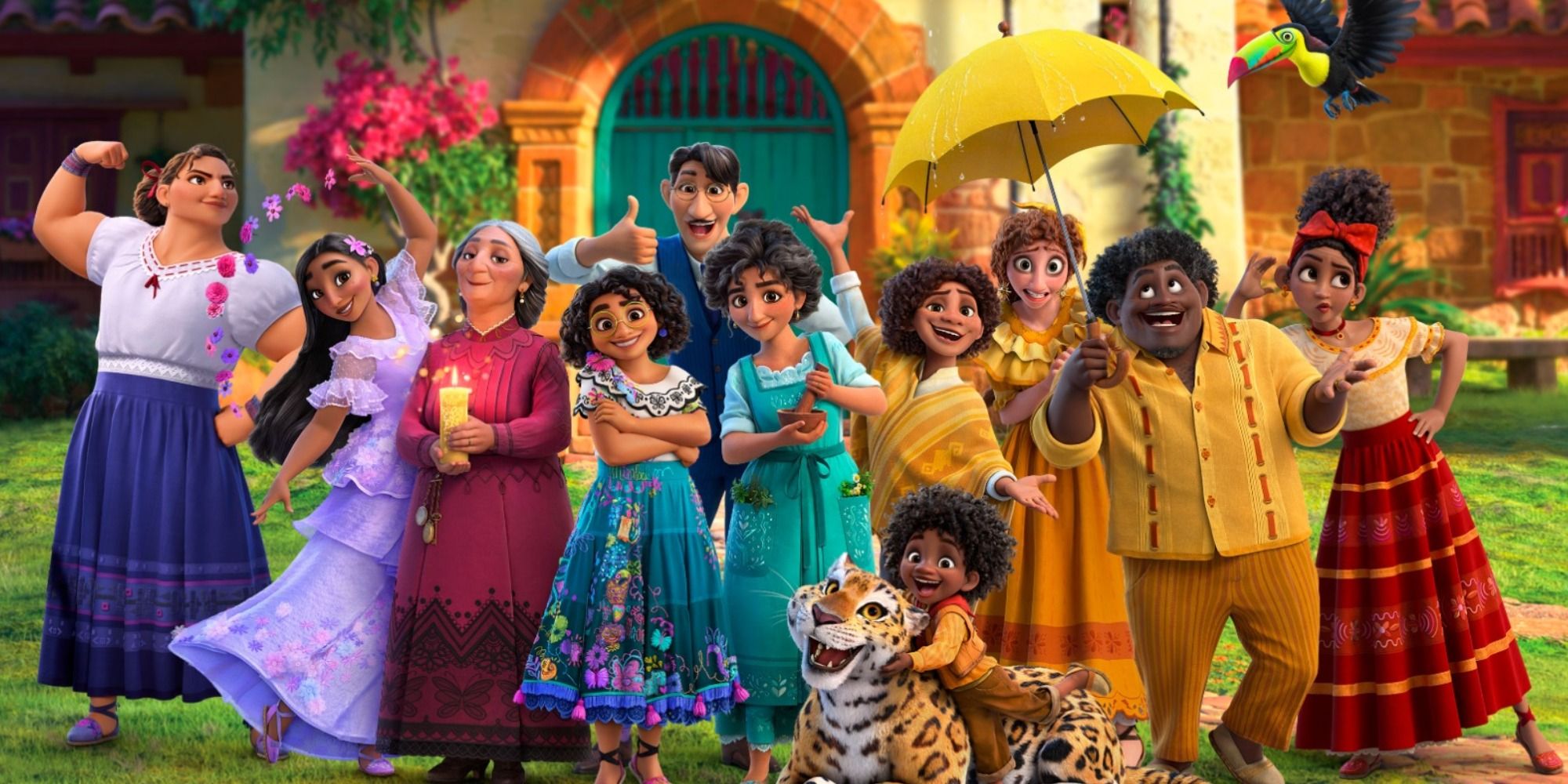 The film’s narrative sees this family break apart before coming back together, realising their collective shortcomings before striving to be something better. Heroine Mirabel doesn’t have powers like her parents or siblings, instead bringing them together and ridding the family of a curse through the power of empathy. We’ve examined the wider picture, so an episodic series could take a closer look at solo characters and delve further into arcs that the film only briefly touches upon. It’s almost like the Lilo & Stitch cartoon from 2003 that saw the titular characters chasing after escaped experiments each with their own moral lessons to teach the audience. Encanto could do the very same, appealing to a universal viewership from the perspective of a familial landscape in a culture that deserves to be explored in a way that isn’t hampered by tired cliches.

#Encanto could embrace a new animation style while maintaining its vibrant identity bolstered by original songs and storylines that aim to delight, while perhaps even piecing together a wider overarching narrative alongside its weekly tales. We could always see a traditional sequel in the coming years, but given its so-so box office success and Disney’s reluctance to embrace sequels in its animation house for anything that’s not a Frozen level smash, a series might allow Encanto to find a new audience, one willing to grow even closer to its characters and themes while helping to develop them into something that will be remembered forever. There’s too much potential in the Madrigal family for it to be abandoned right away, and I hope Disney can capitalise upon it.