The first teaser for Street Fighter 6 dropped today, and all anyone seems to be talking about is the logo. The bland, corporate, clean-cut SF with a small 6 spray stencilled in the corner lacks all the character and personality we associate with Street Fighter. Without the 6, it could be the logo of a tech company that specialises in teaching underprivileged kids about the joys of NFTs. Even with it, it feels like a game desperate to appeal to the esports crowd more than anything else. For now though, I’d like to side-step the logo controversy completely to discuss something much more important – this trailer horny as fuck.

This is followed by a zoom in on his sweaty, naked feet while his toes squeeze in anticipation. Come on, guys. It’s not my thing, but it 100 percent is the thing of whichever dev insisted on getting the wriggle on those five little piggies exactly right. We then see Ryu from in front and behind while sweat continues to drip from every fibre of his muscle-bound body, and yet all we’re talking about is how silly the logo looks. 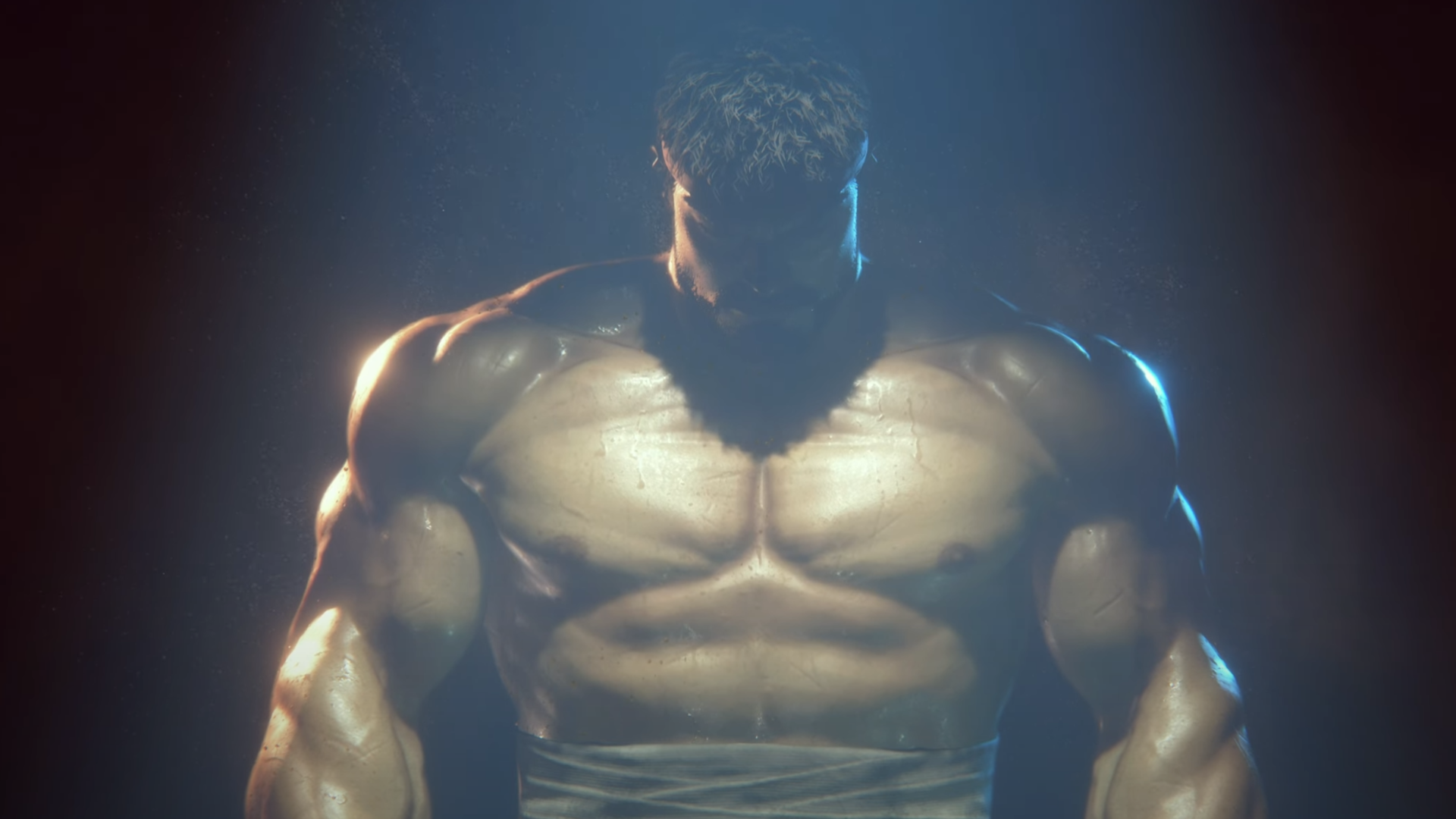 Sure, the logo looks like it came from the same soulless conveyor belt that brought us the emblems for Team SoloMid, FaZe Clan, or NRG, but the trailer at least does one thing no one even vaguely related to esports has ever done before; this trailer fucks.