There’s a great little Easter egg in Half-Life 2 (and again in Half-Life 2: Episode 2) which any nostalgic fan of the series will love. Somehow this little adage to the first game slipped past me despite the fact that I’ve played every Half-Life game about 700 times, give or take another hundred.

On two separate occasions, just off the beaten path, you’ll find the faceplate of an old HEV charger – the kind that are scattered throughout Black Mesa in the first Half-Life game.

The first one can be found in the scrapyard at Black Mesa wherein Gordon first receives the Zero Point Energy Field Manipulator – the famed Gravity Gun – in Half-Life 2. Once Alyx hands the gun over, you can use it to arrange yourself a makeshift box-ladder to reach a little area just behind and above Alyx. There you’ll see the husk of an HEV charger, and finding it will unlock the “Blast from the Past” Steam achievement.

Here’s a handy video of the process:

The other time you can find one is much later on, in the latter part of Episode 2. During the sixth chapter – Our Mutual Fiend – there is a little storage area fenced off in the corner of the room wherein Alyx gives Eli a cup of tea. If you actually want to get to it, you can apparently chuck a grenade into the fenced-off area and it’ll be blasted out that way. Here’s a screenshot of the result: 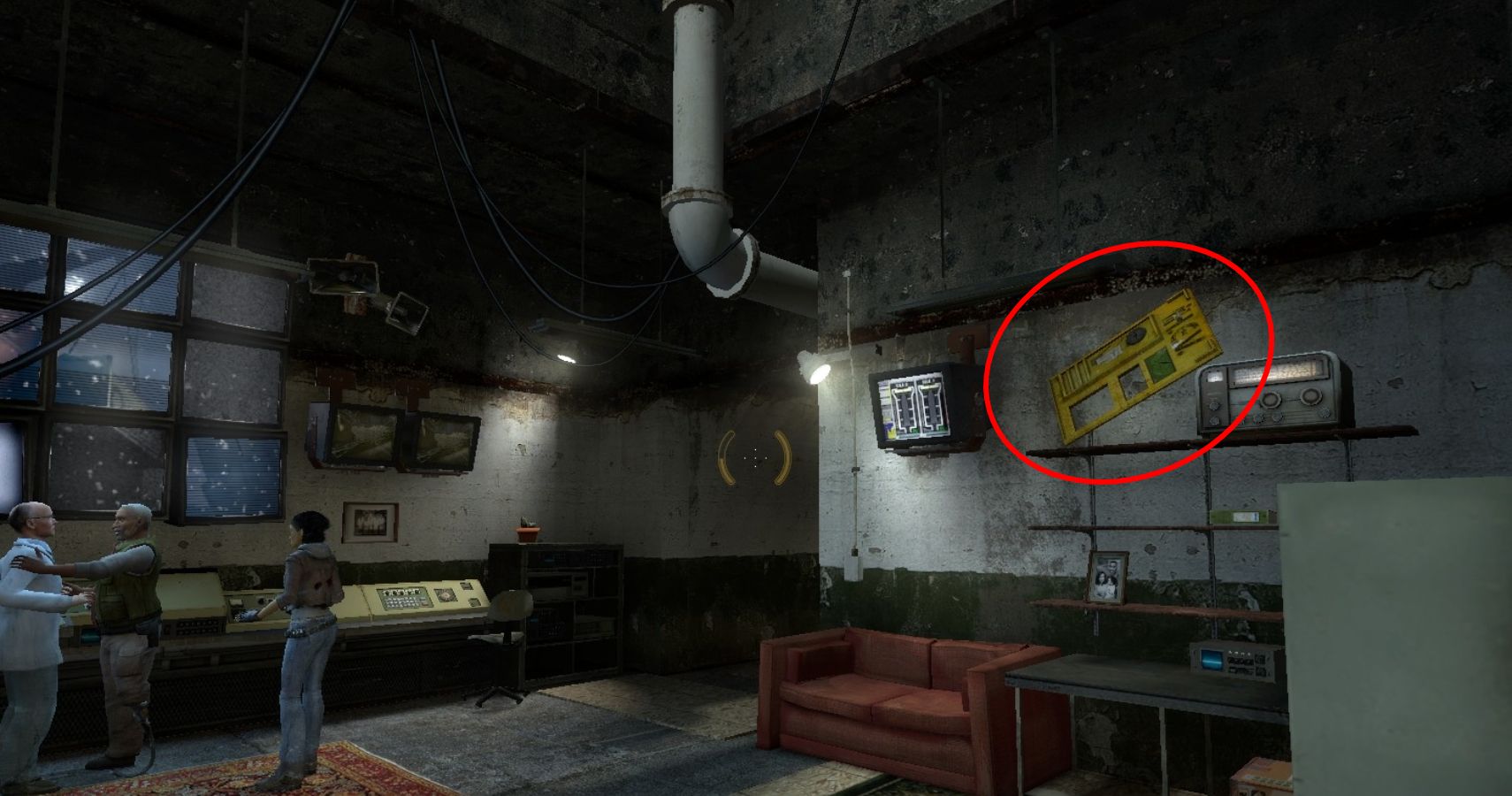 In Half-Life 1, these charging stations give Gordon Freeman’s own fancy Hazardous Environment suit the jolts of power it needs to help prevent his untimely demise. The ones you find in Half-Life 2 and Episode 2 obviously no longer do the same, and have been replaced by chargers more fitting for a Combine-ruled world. This makes sense, seeing as a good 20 years had passed between the events of the first and second games. It’s kinda the least you would expect to have changed during a universe-wide invasion of intergalactic baddies, you know?