The smartest thing Godzilla vs. Kong does is put the monkey front and center. From the very first scene, it’s clear that this is a story about King Kong, even if, at times, it isn’t exactly clear what that story is. It may seem obvious to put the emphasis on the humanoid ape with soulful eyes as opposed to Godzilla, the lizard-brained rage monster, but the way that film narratively pits these two against each other highlights the way western media fundamentally misunderstands the God of Destruction. Godzilla vs. Kong is a great King Kong movie, but it proves that Hollywood still doesn’t know what to do with Godzilla.

There’s a major time jump between 2017’s Kong: Skull Island and Godzilla vs. Kong. Sometime between WWII and today, a massive storm wiped out the native inhabitants — save for one young girl — leaving Kong alone with no one to protect. When Godzilla demonstrated that there can be only one Titan in King of Monsters, researchers hid Kong away in an artificial version of Skull Island, protected by an impenetrable dome, so that Godzilla would never find him. The film then spends some time introducing the characters that protect and care for Kong, namely research Ilene Andrews (Rebecca Hall) and her adopted daughter Jia (Kaylee Hottle), the last survivor of the Iwe tribe from Skull Island. Jia has a very special relationship with Kong, one that practically the entire plot of the movie hinges on.

Then Godzilla shows up in Florida and wrecks the place. Just absolutely goes nuts on everyone for seemingly no reason. You barely even get a good look at him while he’s thrashing into buildings and killing hundreds of people.

Of course, it isn’t an unprovoked attack. A corporation called Apex Cybernetics is working on a weapon to take down the Titan, and when Godzilla senses the energy coming out, he goes on the defensive.

Godzilla certainly isn’t ultimately the villain of the movie (we are, as always), but Kong is without a doubt the hero. After Godzilla’s attack, Apex recruits Nathan Lind (Alexander Skarsgård) to lead an expedition into the Hollow Earth, the birthplace of Titans, in order to find the source of their power and use it to defeat Godzilla. Lind convinces Andrews to bring Kong along to lead the way into the prehistoric world in the center of the Earth and protect them from hostile wildlife that still lives there. To acquire Kong’s cooperation, the team leverages his close relationship with Jia to assure him, while also promising Kong that he will find his true home in the Hollow Earth. As soon as Kong leaves fake Skull Island, Godzilla hunts him, and the two Titans get to work beating the shit out of each other.

Both Godzilla and Kong are ultimately sympathetic characters and victims of man’s hubris, to be sure, but there’s an ocean of differences between the way each monster is represented. Kong has no adjacency, he is a captive from the first scene of the movie, and even when Godzilla attacks, he is trapped in chains. Kong seemingly has a much better reason to be a violent destructor than Godzilla, and yet, he is gentle and compassionate with Jia. Not only does he show a range of emotions throughout the film, he can communicate those with Jia through sign language, and seemingly, telepathically. Kong is profoundly lonely and motivated by the desire to find his family. What is it that motivates Godzilla? Rage mostly, and the need to be the biggest, baddest Titan.

There’s plenty of justification for the differences in the ways these monsters are represented. Without historical context, Godzilla is just a big angry lizard doing what you might imagine a big angry lizard would do. Kong, on the other hand, has the relative emotional intelligence of an ape. It’s not a difficult premise to grasp, but in the larger cultural context of these characters, there’s something off-putting about seeing Hollywood reduce Godzilla to “big mad dino” once again. 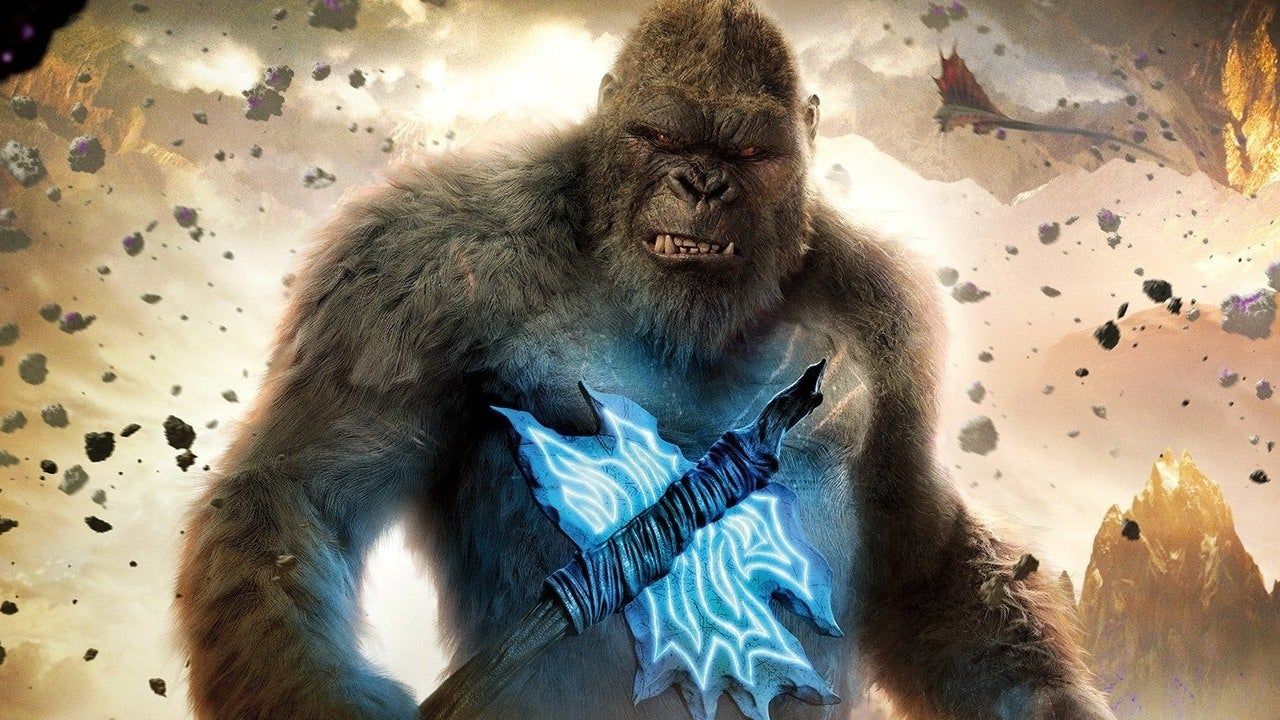 Godzilla only wants one thing in this movie: to be the alpha. There’s an element of self-preservation of course, Godzilla wouldn’t have attacked Apex if it hadn’t started building a weapon to kill him with. But when he attacks Kong, I don’t think he did so to stop Kong from finding Hollow Earth and leading Apex to the energy source that can then be used to kill him. This Godzilla acts only on instinct, after all. Godzilla challenges Kong solely to show dominance, and while the characters pay lip service to Kong’s desire to be number one as well, that isn’t really demonstrated by his behavior. More than anything, Kong just wants a place to call home. Godzilla, on the other hand, doesn’t need a home. He’s just out there, somewhere, waiting for the next fight.Plenty has been written about the white-washing of Godzilla, and if you’re interested in the historical context of Gojira, I encourage you to read about Godzilla’s origin as a metaphor for the atomic bomb. The version of Godzilla in this movie isn’t dissimilar to the decades of pulpy popcorn fodder that Hollywood has produced for decades, but the juxtaposition of Kong’s heroism and Godzilla’s blank-slate monstrousness that really drives home how poorly western filmmakers have handled Godzilla over the years.

Next: Godzilla Vs. Kong Eyes A $90 Million Opening Weekend Internationally 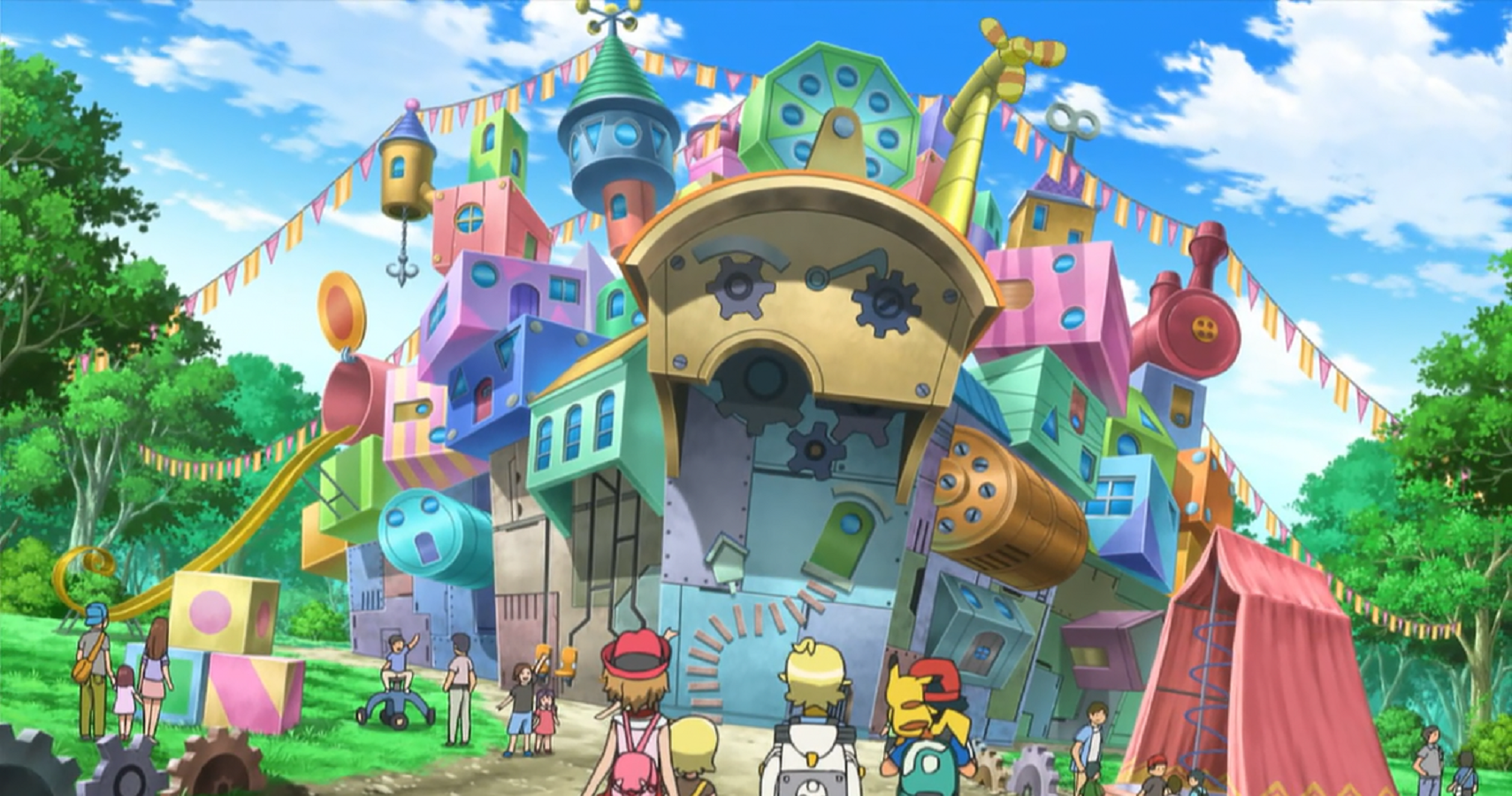