Genshin Impact is a massive, sprawling RPG with a frankly absurd amount of content on offer. You can tackle the main quest, explore every nook and cranny of its breathtakingly gorgeous world, or just shoot the shit with its cast of oh-so-anime characters. Basically, you can do whatever you want — as long as you spend a maximum of one hour a day playing, you’re golden.

When Genshin Impact first launched, I was playing for three or four hours a day — and I really enjoyed it. At the beginning, there’s a huge amount of material to get through. The main quest is fast-paced and a new character enters from stage left every 20 seconds. But as you start to make real progress, the story begins to gently nudge the brakes. Before long the next mission might be level-gated, or you’ll notice that you’ve already exhausted your daily commissions. Grind if you will, but it’s not going to be very efficient, and you’re going to feel as if you haven’t accomplished very much despite spending five hours straight gawking at your computer screen. This doesn’t sound like a very nice way to play a game, and that’s largely because it isn’t. 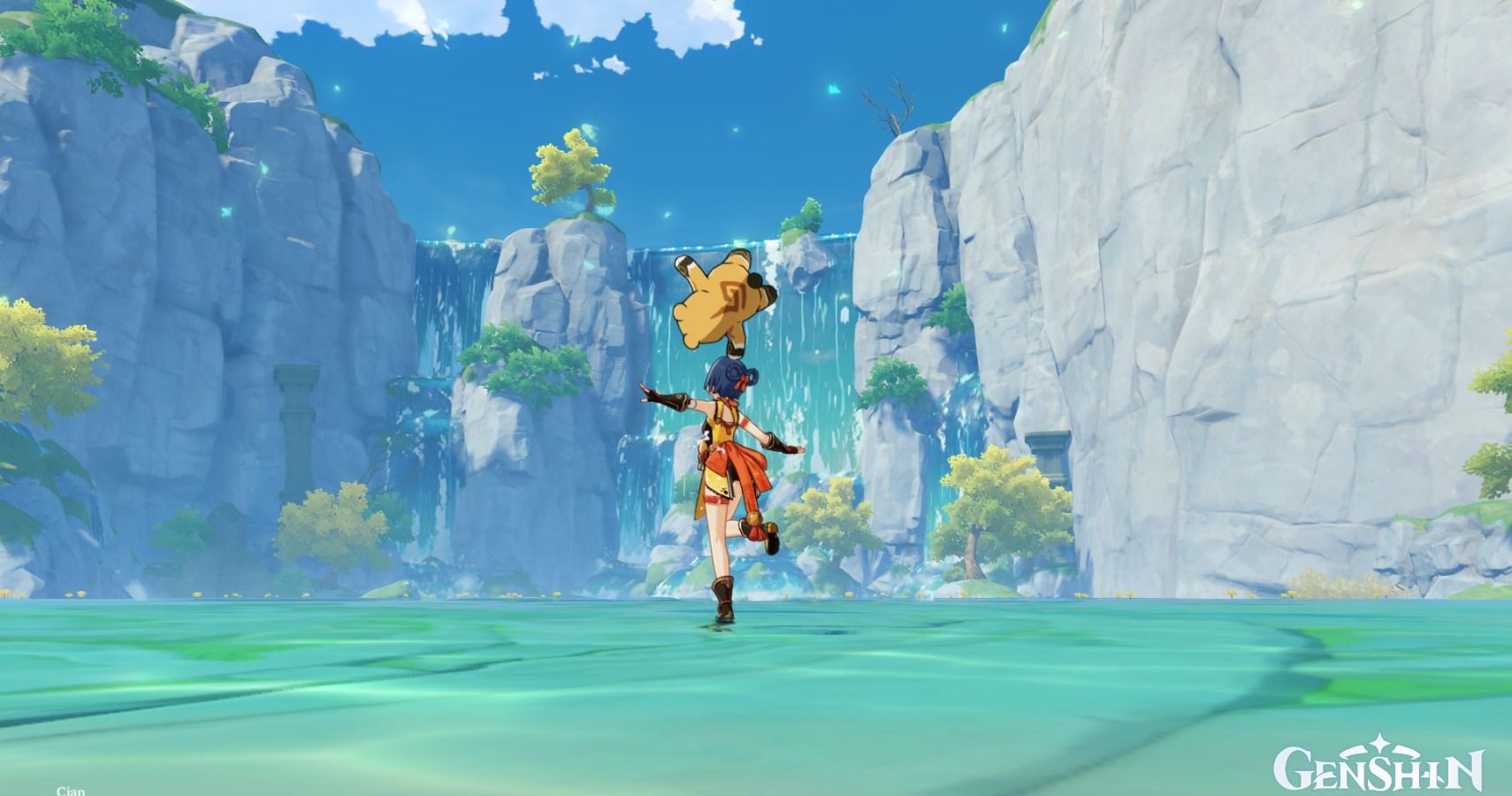 This is mostly because of how Genshin Impact is designed. It’s not some kind of self-contained experience that you can tear through in 30 consecutive hours. Instead, it’s constructed in such a way that you will be able to play for a few minutes every single day for a very long time. With each major patch or expansion, that same solid week of pumping daily four-hour shifts into Genshin will come surging back, rearing its enticingly draconic head as if it was there all along. But in the interim between each update, it’s a much quieter game. Genshin Impact is designed with longevity in mind — it’s evidently not supposed to be something you can burn through in a weekend.

As it stands, I currently log in to Genshin for about 20 minutes a day. Sometimes I might mess about on my phone for a bit, too, because Genshin supports cross-save once you’re playing on the same account. Anyway, for my usual 20-minute allocated slot I tend to participate in limited-time events, do my daily commissions, and maybe tackle a side quest or two. If I have the Primogems, I’ll spin a couple of Wishes. Then I immediately close Genshin and play something else.

It’s important to note that, as mentioned above, I’ll probably play Genshin for a week solid as soon as Dragonspine drops. As a matter of fact, I can see myself temporarily returning to this game in a hardcore fashion every single time a new expansion is introduced — but I can also see myself signing in to collect my log-in rewards and check my mail every single day there isn’t one.

Genshin Impact has the potential to become the most manageable and approachable long-term game I have ever encountered. The slow and tedious process of needing to grind for several hours in an RPG in this vein is completely offset by the fact you can achieve a lot in very little time if you just log in every day. This isn’t even remotely inefficient, either — playing the game in this way will make sure you’re pretty much up to speed by the time the next major content overhaul drops. You might not have every single character, or finish every single Battle Pass objective, but you can play the game as it’s supposed to be played without having to worry about any dishearteningly rigid barriers to entry when you return to it in earnest. Some people have made the argument that Genshin doesn’t respect your time because it’s quite grindy at face value, but I’d honestly say the opposite — Genshin doesn’t want you to play for ten hours a day, or 50 hours a week. It wants to cultivate a loyal fanbase who will continue to log in day in, day out well into the future — for a few minutes at a time. As a result, grinding long hours once a week is pretty counterintuitive when you can simply put in a couple of minutes each day, even if it’s just on your phone while you’re lying in bed. It might seem a bit odd, but this is the optimal way to play in the long run if you want to keep up without getting jaded by the typical live-service grind-o-meter.

It’s funny, because Diluc even references this exact phenomenon if you go AFK for a bit. “I still have a lot to do at the guild,” he croons. “How about you take a rest while I go back?”

Read next: You Can Finally Unlock Genshin Impact’s Magical Seal, And That’s Great News For The Future

Cian Maher is an Associate Editor at TheGamer. He’s also had work published in The Guardian, The Washington Post, The Verge, Vice, Wired, and more. His favourite game of all time is and always will be The Witcher 3, but he also loves The Last Guardian, NieR: Automata, Dishonored, and pretty much every Pokemon game ever released. You can find him on Twitter @cianmaher0.