In the late '90s and early 2000s, the WWE peaked with the Attitude Era. This shift to an edgier, more adult form of sports entertainment was defined by its violent Hardcore matches, profanity-laden promos, nu metal entrance themes, and jorts. So many jorts. A lot of it is embarrassing in hindsight, whether it's Big Boss Man tricking Al Snow into eating his own dog (yes, really) or the infamous 'Bra and Panties' matches that are exactly as terrible as they sound. But there was a lot of good too, from Undertaker and Mankind's awe-inspiring Hell in a Cell match, to the legendary rivalry between Stone Cold and Vince McMahon. Nostalgia is obviously a factor here, but I don't think wrestling has ever been better.

At the turn of the millennium, when the Attitude Era was one of the hottest things on TV and talked about in every school playground, Acclaim wisely decided to release a tie-in video game. Throughout 1999, ports of WWF Attitude appeared on a number of consoles including the Dreamcast, Game Boy Color, and Nintendo 64. But the original PlayStation version, which was developed by Acclaim Salt Lake City and launched in August, was by far the best of the bunch. Not only did it perfectly capture the look and feel of this era of the WWE, but it even let you create your own PPVs—down to designing the ring, stadium, and lighting.

There was a huge amount of customisation in the game, from creating weird and wonderful brawlers of your own, to putting together dream stables of existing wrestlers. You could even choose what signs the fans in the arena held up for your custom wrestler. The roster was massive and varied too, featuring The Rock, Triple H, Road Dogg, Kane, The Undertaker, Val Venis, X-Pac, Chyna, Mankind, and basically anyone who was anyone in the Attitude Era in the late '90s. The blocky character models and pasted-on digitised faces look pretty basic now, but this was impressive stuff at the time—and voice samples recorded by the stars only added to the authenticity. There was no doubt that this was a proper, official WWF product. 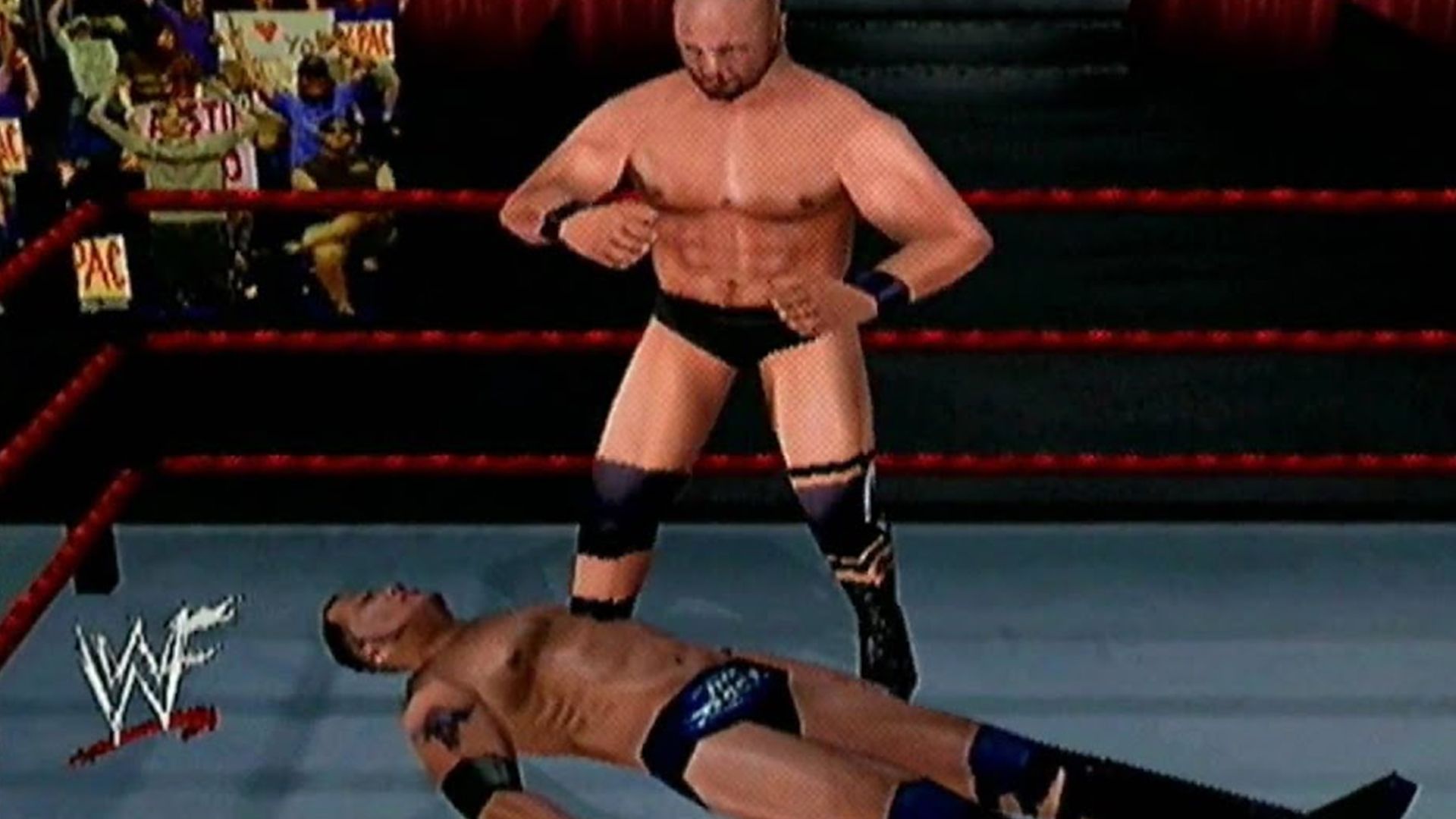 The wrestling itself was based around button combos and wearing your opponent's health bar down, from green to red, which meant they were vulnerable to a pin or a finishing move. It was chunky and weighty, and admittedly a little robotic-looking at times. But it did enough to get across the feeling of being in a brutal, gruelling Attitude Era match. When you had someone slumped against the turnbuckle, you really felt those kicks. Newer wrestling games have much smoother, more realistic animations, but there was something raw about the matches in WWF Attitude. I would wince whenever I hit a friend with a sledgehammer in multiplayer. Wrestlers you hit with weapons would even get gruesome, bloody faces, which was of course a common sight in the Attitude Era.

WWF Attitude was great because it made me feel like I was taking part in an episode of RAW or a PPV show. This was extra valuable as a wrestling fan in the UK who didn't have easy access to these events. We could just make our own. It wasn't the same, but a decent stand-in. We could also play as the wrestlers we were obsessed with, and see what would happen if they fought someone we hadn't seen them go up against on TV yet. It was basically a fantasy wrestling simulator, which made it a dream game for anyone as completely besotted with the sport as we were. When there wasn't wrestling to watch, there was wrestling to play.