“To be honest, I didn’t know the internet was saying it was Pokemon with guns,” Takuro Mizobe, CEO of Pocketpair, the developer of Palworld tells me through his translator and fellow Pocketpair dev Hawkward. “This is not a popular meme in Japan. Fortunately, it could be a lucky thing to have the meme of Pokemon with guns, but we totally didn’t intend it. Pocketpair tried to make the game totally different from Pokemon. The concept of the game is not the same thing as Pokemon’s. It could be a little bit lucky, but we have some complicated feelings at the moment.”

It’s understandable that comparisons between Palworld and Pokemon have been made – both games feature a range of animal-like creatures that wander around the world ready for players to interact with, train, and fight alongside. There are more than a few similarities across the designs too, with one Pal looking like a Mareep crossed with a Whimsicott, another that looks like Lycanroc meets Galarian Zigzagoon, and a third with a passing resemblance to Gyarados. At the same time, you can understand Pocketpair’s confusion. Many games have colourful creatures alongside humans, and as well as the guns, Palworld is a survival game built on exploration and endurance rather than battling to be the very best like no one ever was.

That said, Pocketpair is not shy in using other games as inspiration – Pokemon just doesn’t happen to be one of them. “The concept of Palworld is based on the great game Ark: Survival Evolved,” Mizobe says. “Ark is a very awesome game, but we feel it lacked some elements we wanted to play with. In Ark, there’s a concept of survival with a monster, or with a dinosaur, but we feel they’re less involved. In Palworld, we want every element of the world to involve the Pals, the monsters, so that they would be the focus and you can create strong bonds. So you have to craft in the game, and you can build every object with the Pal. That’s what we wanted to develop.” 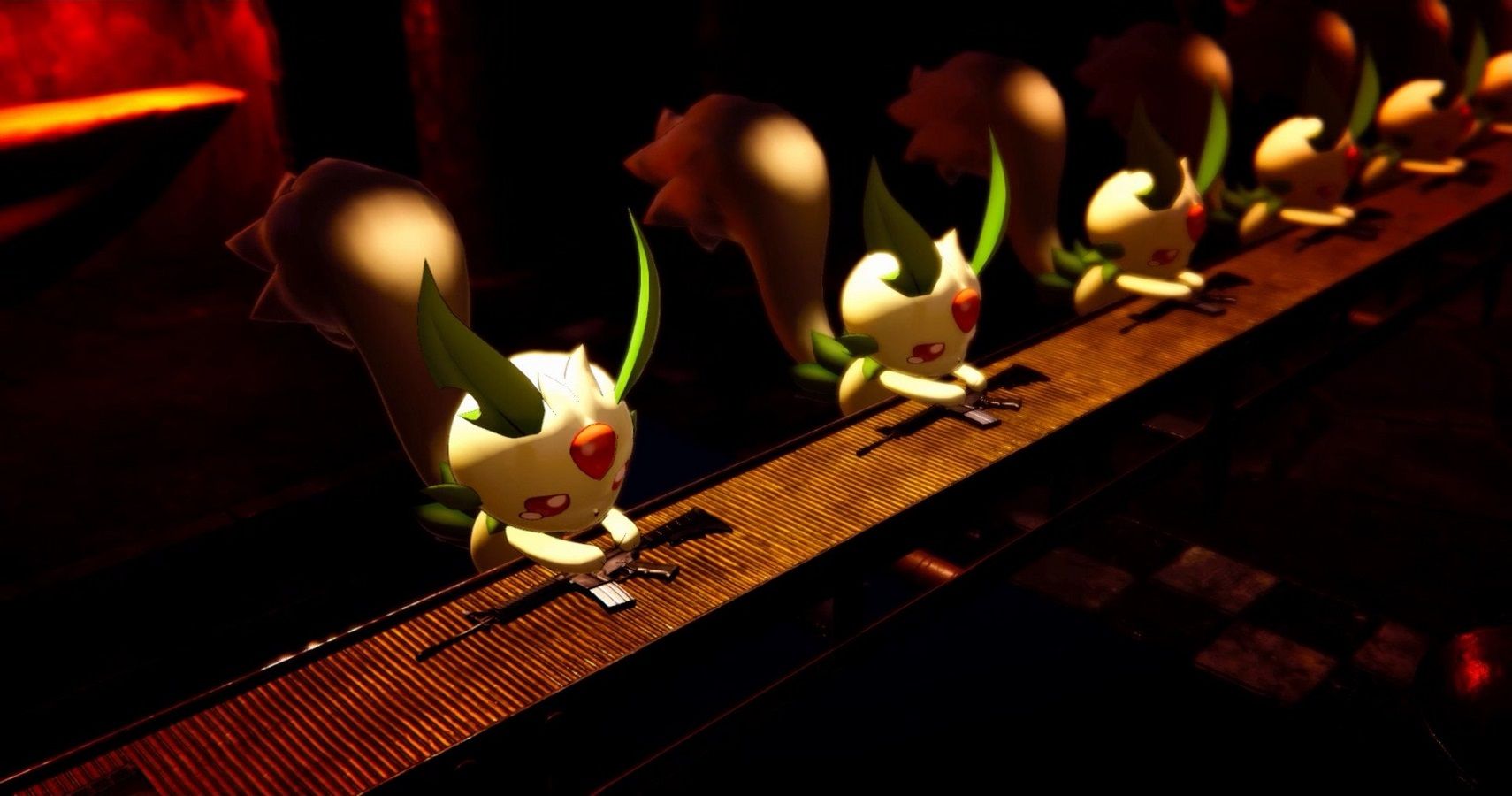 Mizobe adds that Rust was a huge inspiration when it came to the survival mechanics, and how Palworld could offer its players freedom as well as providing them with clear tasks and a purpose. From a narrative point of view, Pocketpair says it hasn’t fully established how progression will work in the game, but it wants the world to be wide open for exploration as early in the game as possible “There will be a slow paced story,” Mizobe says. “You’re going to unlock area by area throughout the open world region. But similar to Minecraft, even though the areas are unlocked by the progress of the players, we don’t want to stop them from doing what they want to do. We hope not to have hard limitations on the activities of the players.”

As well as Ark and Minecraft, Mizobe says that Dragon Quest was a huge influence on the overall designs of each Pal. But perhaps the most interesting inspiration comes about whenever you are spotted killing a Pal – an illegal act in Palworld – by another NPC. “This could be changed in the future,” Mizobe admits, “but our current idea is that if other NPCs see you kill a Pal, they will put a bounty on you. That makes the world chase you like you’re a criminal. It’s similar to the police system in Grand Theft Auto. That’s our idea at the moment. But if no one observed it, it’s going to be no problem at all.”

But what of Pals themselves? A lot of different ideas have clearly flowed into the game, but the heart and soul of Palworld is the Pals. Don’t expect them to just be cuddly little friends that you catch and play with. This isn’t Pokemon, after all. “[The level of a Pal’s intelligence] is almost the same as a human’s, I think,” Mizobe says. “Pals and humans are both intelligent creatures. There’s no more or less between the two positions. Since the Pals and the humans are equal in the game, the Pals might rebel against the humans too.”

That means the Pals will be handy companions in battle – so long as they don’t rebel – and we’ve already seen Pals be grabbed as a living shield, willingly offer themselves up as cover, and both manufacture and fire machine guns in the footage released of the game so far. In the game, you’ll get limited control over the Pals too. “During the construction of workshops or building, you can assign specific roles [to Pals],” Mizobe says. “While exploring, Pals will follow you, so their behaviour will be automatic. During combat, you can direct Pals to perform specific tasks, but you can’t actually control them. We respect the game Rimworld a lot and we want to do that, so even when you ask Pals to do something, it might not be perfect.”

Palworld is set to release sometime in 2022, and you can wishlist it here. Until then, it’s destined to be thought of as ‘that Pokemon game but with guns’. If it’s really Ark: Survival Evolved meets Minecraft with Rimworld, GTA, Rust and Dragon Quest thrown in there, maybe ‘Pokemon with guns’ is selling it a little short.