Have you ever gazed up at the night sky, seen the endless sea of stars, and wondered why, despite the countless flecks of light, we seem to be completely alone in the universe? That’s the Fermi paradox – the apparent contradiction between the high possibility of extra-terrestrial life and the complete lack of evidence for it. There are billions of stars in the Milky Way alone, and many will have Earth-like planets, so where is everyone? Upcoming choice-driven sci-fi narrative strategy game The Fermi Paradox, has you explore that very question while you play as the Galactic Gardener.

I had a chance to play the demo and saw myself thrust into a galaxy where Humans were on the brink of self destruction and an advanced alien species, the genderless Prun, were dealing with the consequences of a slow expansion. “I read about The Fermi Paradox, all the explanations why humans have never made contact with alien lifeforms, and asked myself why nobody has made a game about this”, Jörg Reisig, lead at Fermi developers Anomaly Games tells me. “But I was also fascinated by people who let Civilization AI bots play against each other and document the playthrough. I like how on every playthrough a new history of the world evolves and I thought maybe I could do this but on a galactic scale.” This scale is on display even in the demo. Civilisations can rise and fall without the slightest knowledge of each other.

“In the full game, every species starts as the equivalent of a stone age society. But also they don’t all evolve at the same time,” Reisig says. In the demo, we Humans are vastly behind the Prun in terms of technology and societal Utopia. This creates a great tension between worlds – do I slow the advance of the Prun to help Humanity catch up, or do I forsake Humanity and focus solely on the peaceful Prun? You spend a resource called ‘Synthesis’ to make decisions, but some decisions cost a lot, and it feels like I have to let one civilisation die so another can thrive, a narrative play on the Fermi paradox itself. This can lead to very asymmetric planets, where one is a utopia and the other is a dystopia on the brink of ruin. The cost will go up when players make similar choices over and over again, while Synthesis is gained for unpopular choices, meaning it’s difficult to play as a good Gardener always. This dynamic gets flipped if you play it as a bastard, so you’re always kept on your toes. 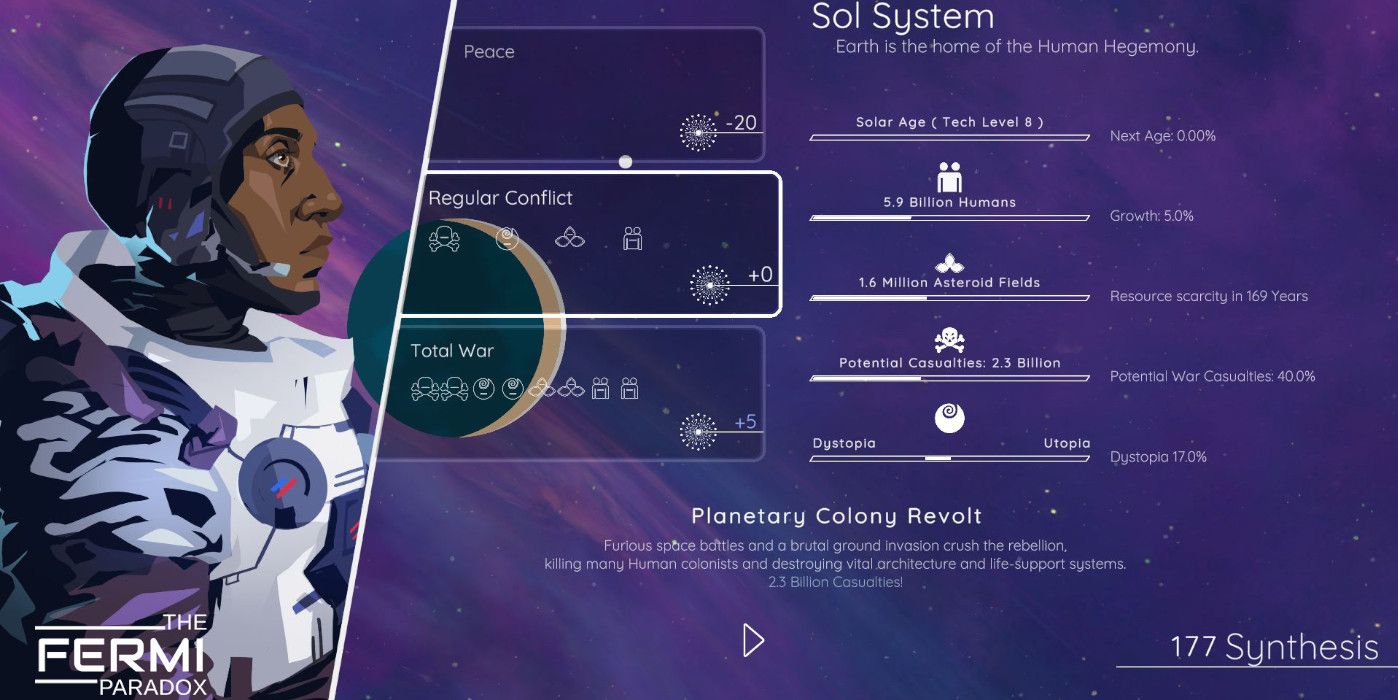 “[This] technological discrepancy is a major theme of the game,” Reisig says. “We can have situations where technologically advanced starships have to choose how to interact with pre-industrial societies, or sometimes the early civilizations die out completely, and a species that is born much later can find their artifacts and reverse-engineer the technology of their precursors. Some species will eventually learn to produce radio signals, which other species may hear, impacting their development one way or the other.

“The Fermi Paradox in its heart is of the god game genre,” Reisig says. “But the player is not an all-powerful entity and can only ‘plant’ the seeds for a civilization that grows and evolves mostly on its own afterwards. I want the player to take care of a galactic garden and keep the civilizations under your care alive.” This, and a blog post by Max Kreminski on gardening games are where the inspiration for the term Galactic Gardener came from.

Based on Reisig’s flowery (sorry) words about seeds and gardening, you may think the game is all about species frolicking together in meadows and holding hands, but you’d be very wrong. “The game is about the fragility of civilization and that it takes a lot of care and dedication to upkeep a social and just society,” he says. “In my opinion all interesting science fiction works are inherently political, and I am always a bit confused when science fiction games try to be not.” 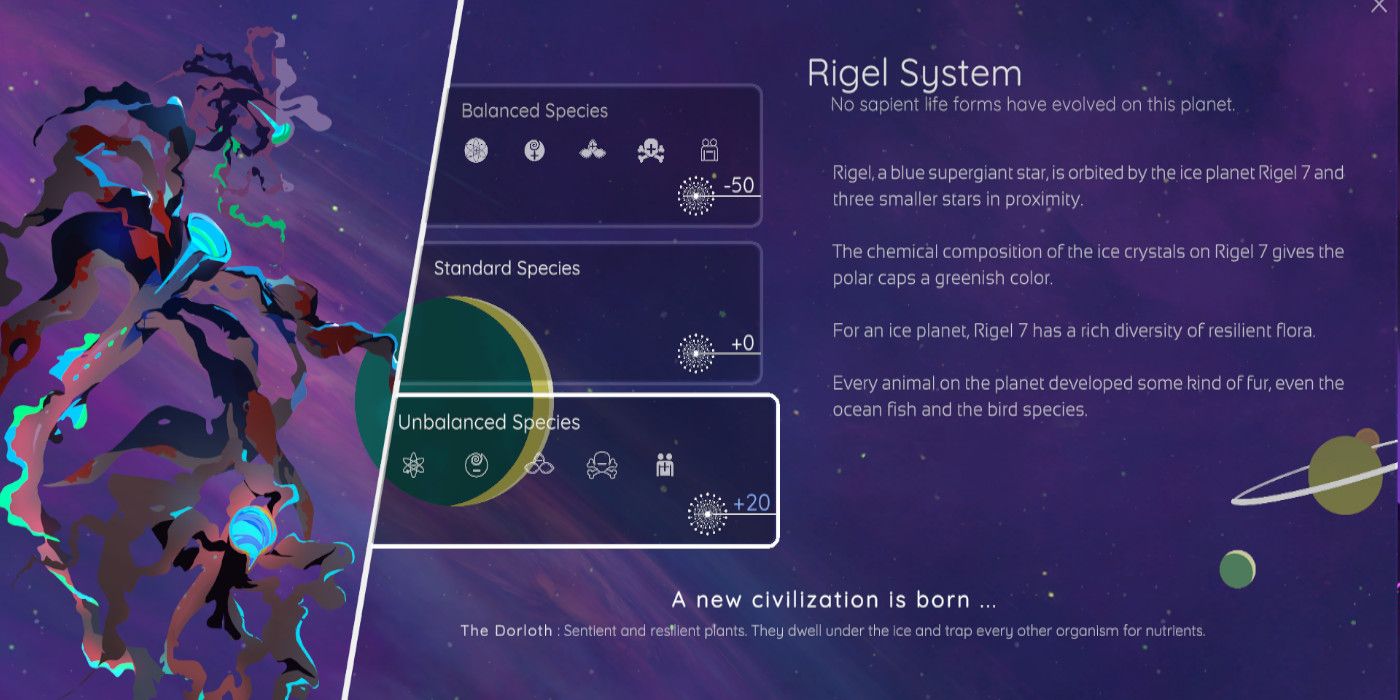 Mostly, Reisig wants this game to make players think about the real world. “I find it fascinating that just by switching the role of the player from commanding a faction in a traditional civilization strategy game to a god game simulation, automatically the perspective on the possible choices change,” he says. “If the player can influence every civilization in the game and it is optimal if as many of them survive as possible, why should they even wage wars and not rather try to prevent them? Of course, it would be great if our game would inspire players to think more about militarisation and resource consumption in the real world. The interesting thing is that the gardening aspect of the game steers the player automatically in this direction. I often see test players cursing when a species spirals into religious warfare, starts burning all their coal for their consumer industry, or if a civilization decides that it is a good idea to manufacture killer robots.”

After several runs through the demo, I can confirm it is hard to keep civilisations alive and not destroying themselves. Despite this difficulty, Reisig says “The game is also about possibilities and utopian ideas. So in principle it is a hopeful game but it also has a lot of tragic elements. The game is definitely a galactic story generator and regardless how it ends I hope it will always be an interesting experience to play with. There will be multiple endings in the game that the player can reach. Some are positive endings like when the civilizations overcome their technological limitations together and merge into a utopian pan-galactic community. But of course there will also be sad endings, one of the more tragic ones would be if every civilization in the galaxy became extinct without ever knowing that other sapient life forms existed on the stars near them, and so nobody in the galaxy managed to overcome The Fermi Paradox.”

While Reisig wants Fermi Paradox to make players introspective, the game doesn’t prioritise Humans. Playing the demo, I’ve encountered four potential alien species – the Prun, and one emergent species I can steer one of three ways. From sapient plants that live for thousands of years to nomadic primates, and the established Prun, Fermi Paradox contains some great designs that feel completely alien. “We did not want the game to be too Human-centric. We wanted to provide a colorful galaxy full of interesting aliens, some cute, some relatable, some monstrous, and some just really strange.” 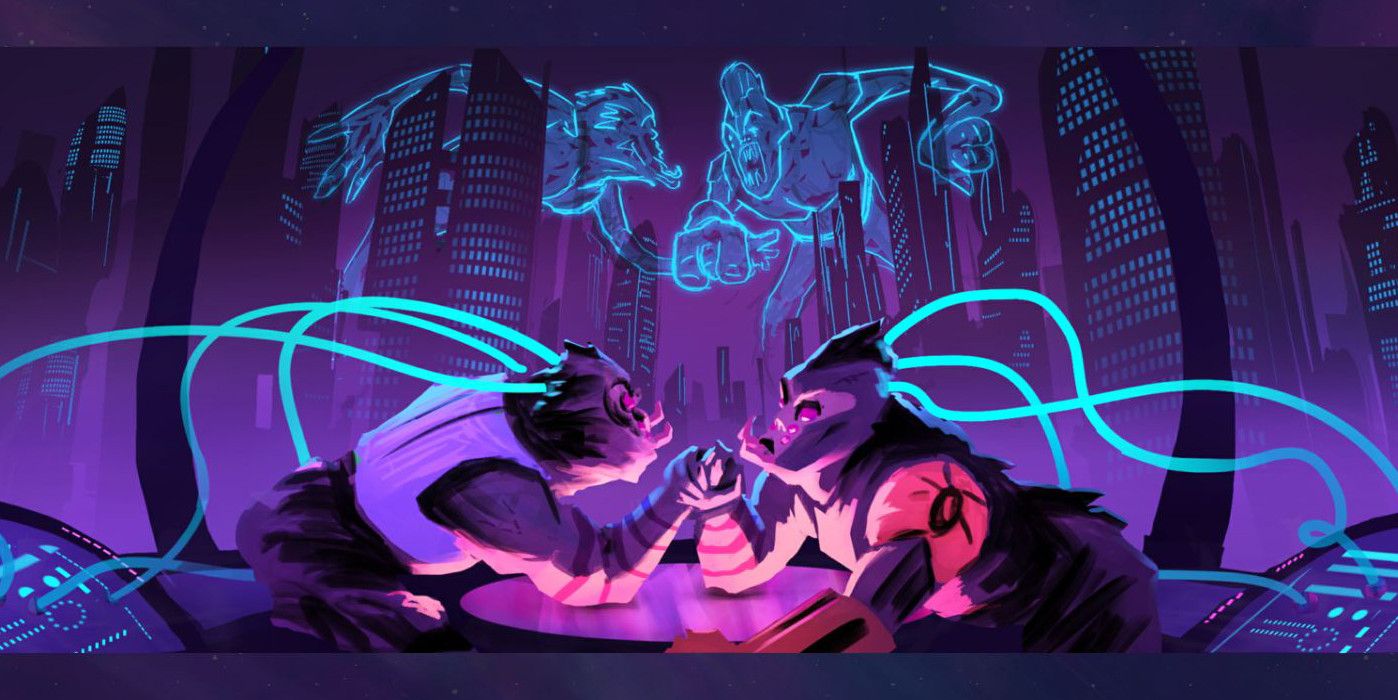 As a queer sci-fi fan myself, I particularly liked the inclusion of the genderless Prun in the demo. Too often, masculine coded aliens are monstrous brutes and feminine coded aliens are purple people with three boobs. “One of my favourite science fiction books is Ursula Le Guin’s ‘Left Hand of Darkness’ and how it deals with an ambisexual society. I guess for me it is normal to assume that aliens would evolve different sexualities, gender identities, and social structures than humanity. If an alien society is portrayed with the same heteronormative values and focus on the gender binary as our society, I am always a bit puzzled. [Anomaly Games] love to explore queer sci-fi tropes and also like to imagine what kind of struggles and bias other societies need to overcome.”

The demo showed off a creative variety of pop culture references, and they never seemed hamfisted and always made sense in the moment. I asked Reisig if there would be any alien pop culture that the game would develop, and I think I just gave away a million dollar idea for free. “I would really like that,” he said. “Most of our alien characters have functions like scientists, xeno-archaeologists, starship captains, or interplanetary rulers, but I think we should also have something like offworld media stars or hyperspace influencers in the game.” Maybe a feature that could be added during early access.

Fermi Paradox is set to enter early access on Steam July 1. You can wishlist it on Steam now.