The quirky Mario Kart racing franchise has been around since Super Mario Kart was released for the SNES back in 1992. Since then, we’ve seen many different titles for Nintendo’s consoles and handhelds, as well as more recently, mobile phones. However, over the last few years, the franchise has begun to feel quite stale.

Looking back, we can identify the last time Mario Kart felt truly innovative and exciting and it was all the way back in 2003 with Mario Kart: Double Dash for the Nintendo Gamecube.

Mario Kart: Double Dash was the third title for consoles and the fourth overall, coming after the SNES’ Super Mario Kart, The N64’s Mario Kart 64, and the GBA’s Mario Kart: Super Circuit. The game’s first huge plus point is that it was released on the Gamecube, which remains one of my top consoles to this day. However, it wasn’t just the platform that gave it an advantage. Double Dash was incredibly innovative in every aspect of its creation.

It was the first to use polygonal 3D graphics, and this technical jump was a huge boost for the series. The quality increase meant that both characters and cars were much clearer, and you could see the items you were throwing. It also had a great soundtrack. This is combined with a solid and easy to pick up control system and the return of the classic Mario Kart shells and other traps. 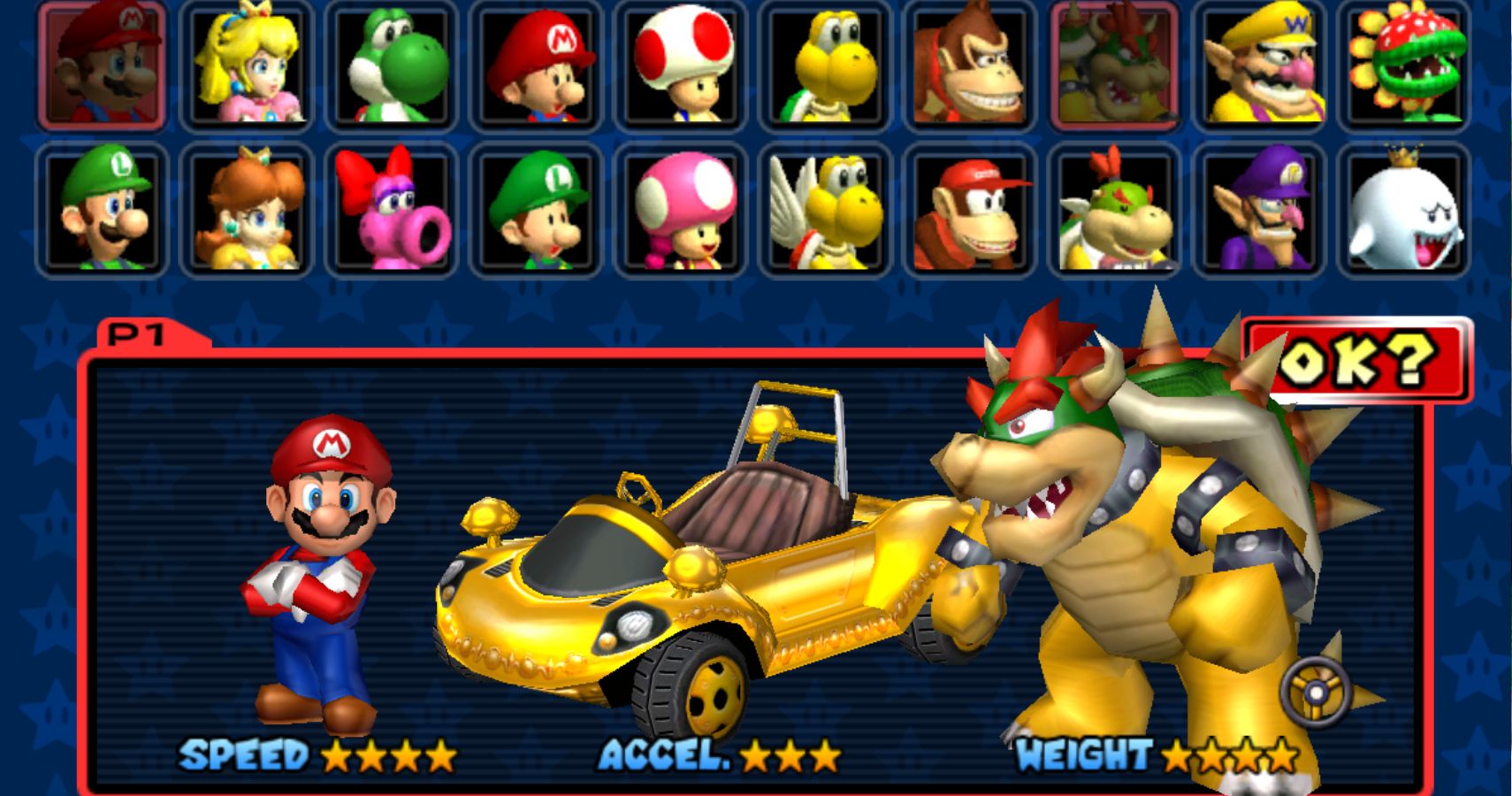 Alongside these technical advancements, there were also huge changes to the gameplay and characters. Of the 20 characters in the game, 11 of them were new to the series, offering a broad range of new choices. These characters raced on a combination of tracks that had diversity, combining different themes, lengths, and difficulties to provide some of the strongest tracks in the franchise.

While it still featured the traditional Grand Prix, Time Trial, Versus, and Battle modes, what truly pulled it away from the pack was its innovative co-operative mode.

Everything about Mario Kart: Double Dash felt exciting. On top of the technical leaps, the track mixture was truly inspired. From the simple but adorable Baby Park, through the cute Dino Dino Jungle, along the shores of the surprisingly unpredictable Peach Beach, and into the depths of Bowser’s castle, each one was unique and enjoyable. The difficulty was variable, most tracks had an element of unpredictability but each one was masterable with some practice, while still being achievable without. As the franchise has continued, many of these classic tracks have reappeared or heavily inspired other courses, showing just how much they stand the test of time. 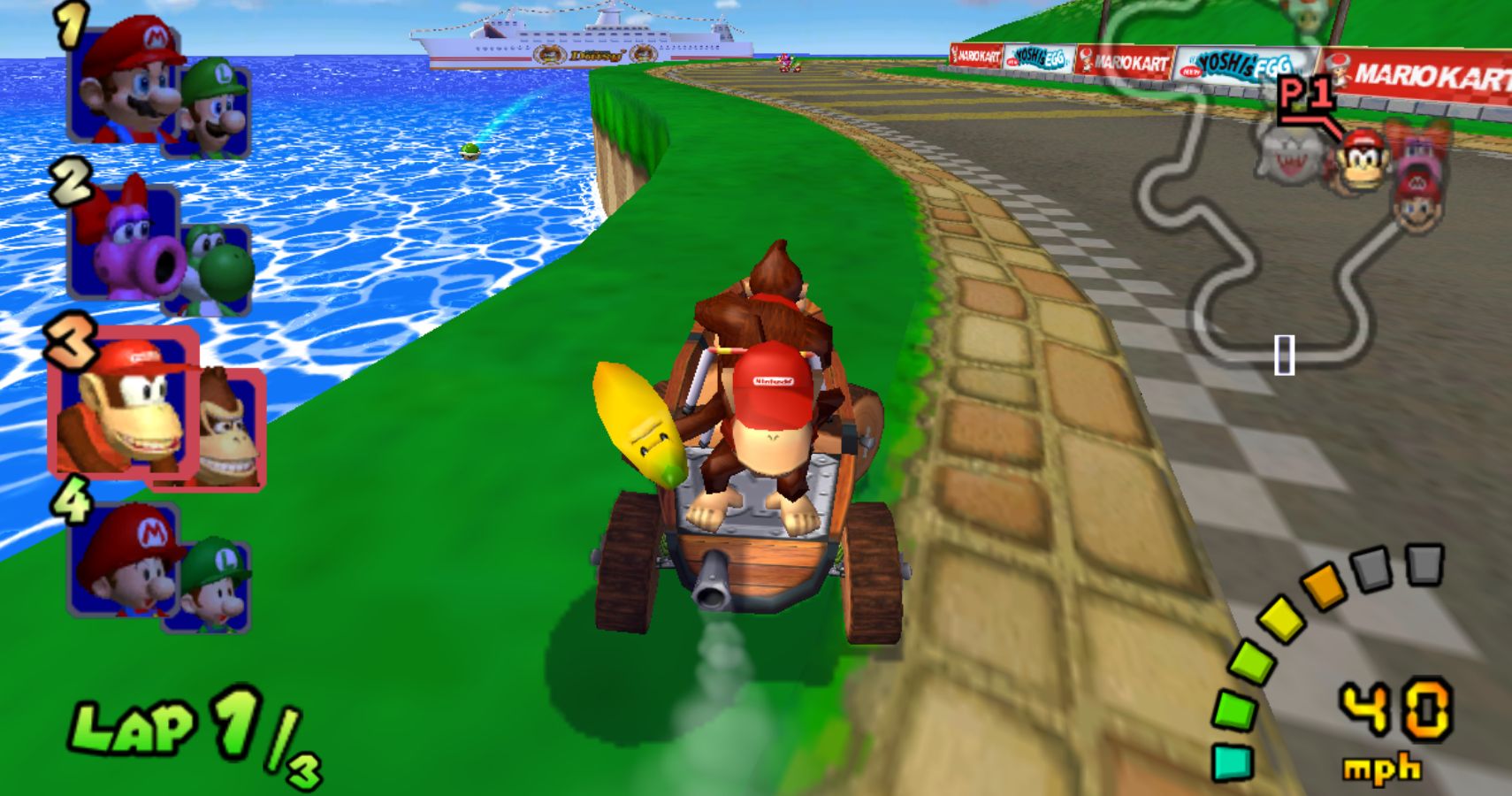 However, alongside all these perfect elements of a racing title came the ultimate mechanic: co-operative mode. This unique idea allows two players to control one kart. One player drives, while the other is in charge of firing items at the opposition. Players can quickly change places at the touch of a button at any point during the game. This means that working together is essential.

The mechanic added whole new dimensions to couch co-op, especially for younger players. When we first bought the game, my husband and I just raced against each other – something easily done, as one player can control both occupants of the kart and it functions as it would usually. However, the co-op mode really came into its own once friends and later children got involved. Pitting couples against each other was incredibly fun, especially if they couldn’t agree on tactics. Once we had small gamers in our household, the game really cemented itself as a family favorite.

Our kids have always loved games, but playing racers with young children is hugely frustrating. You spend hours turning them back around, showing them how to steer, or watching them be pulled up from the ether. They do learn but it takes time. However, using Double Dash was the perfect way to teach them. 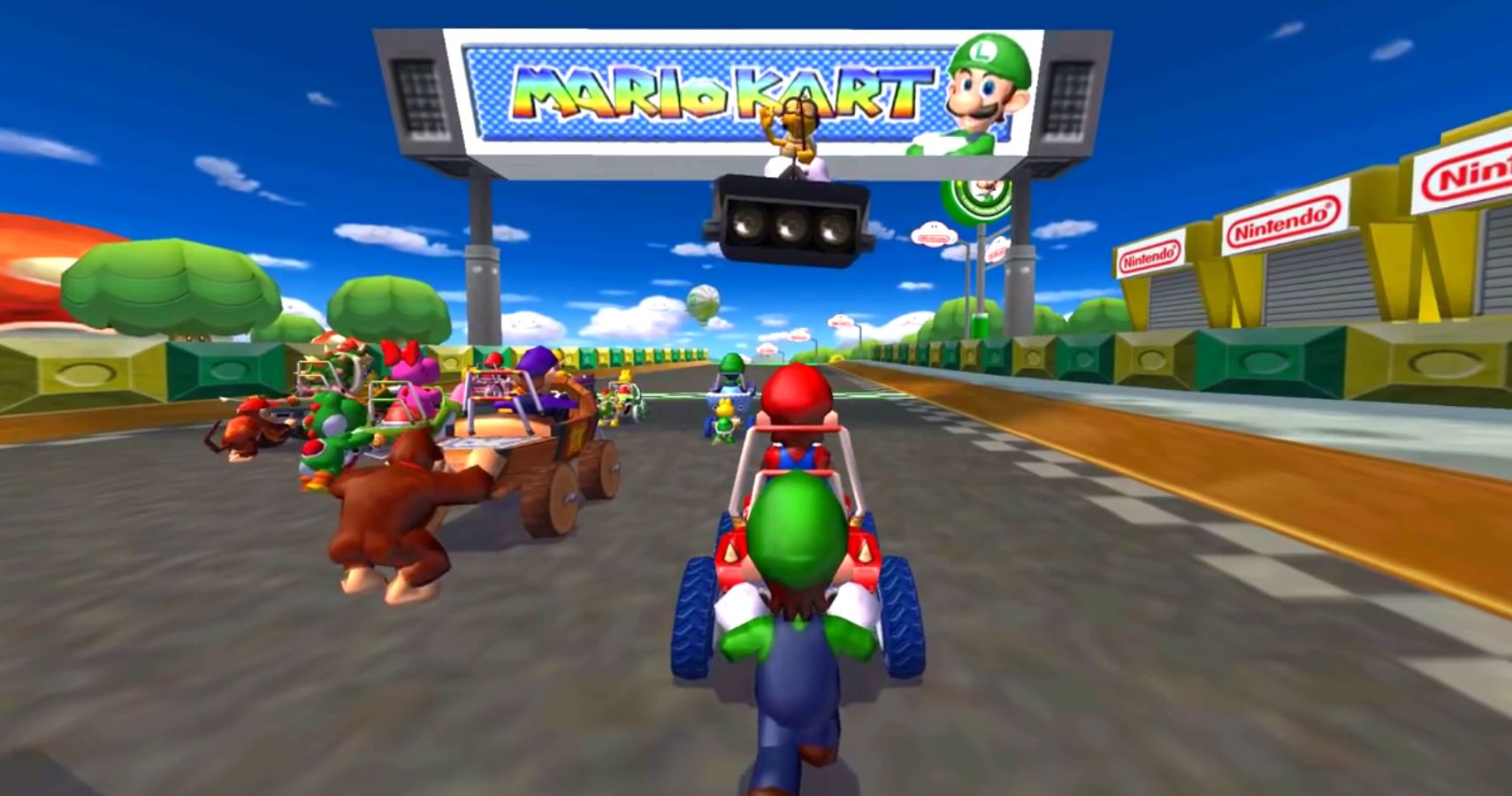 Firstly, firing shells is fun so when they were very young they were perfectly happy to just take control of the weapons. However, once they started to learn the driving side, we found that we could use the swap mechanism to help them around tricky corners and get them out of tough spots far more easily. All of our kids have learned to drive a kart on Double Dash, and it’s absolutely perfect for it. So much so, in fact, that the game remained a staple right up until we got our Switch and can no longer play it unless we dig out one of the older consoles.

Double The Desire For A Remaster

Since Double Dash, innovation in the franchise has been lacking in comparison. While I admit that the addition of online multiplayer is something we’d have welcomed back then, most other major new features since feel gimmicky at best. 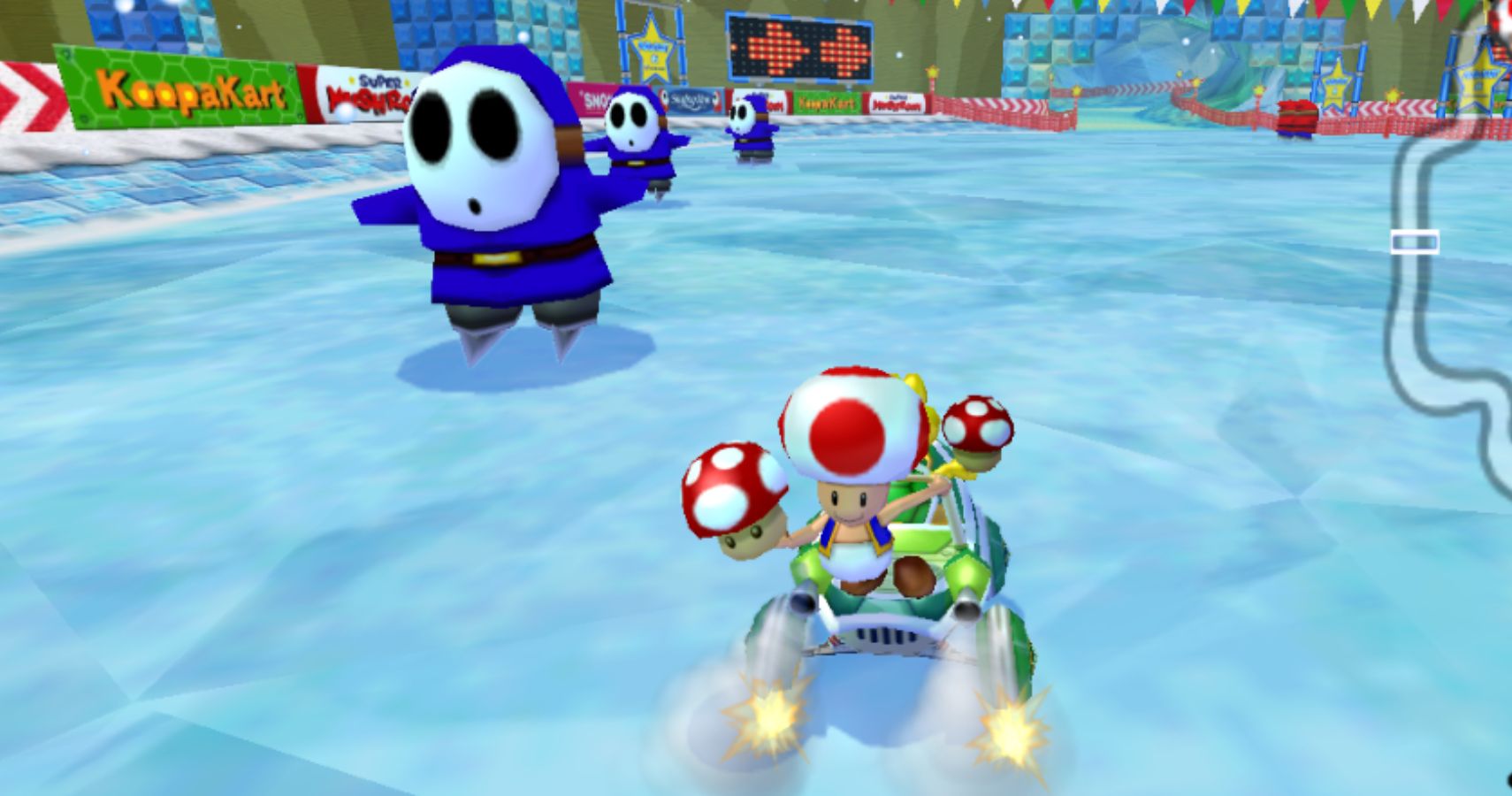 The DS’s dual-screen mechanics are fairly useless, the Wii’s motion controls are quirky and difficult to control, and while we quite like the hang gliders and underwater shenanigans of Mario Kart 7 it just didn’t capture our heart in the same way. Then we get to Mario Kart 8, which mostly just makes me feel slightly nauseous. Several of the titles since have also reused or been heavily inspired by Double Dash tracks, showing that it really did showcase some amazing creativity it’s been tough to replicate.

Overall, the new games offer some extra quirks and mechanics, but honestly, we still can’t understand why none of them brought back co-operative mode. What we really need is Mario Kart: Double Dash remastered with an added online multiplayer feature. It would be perfection.

Please, Nintendo? For me? 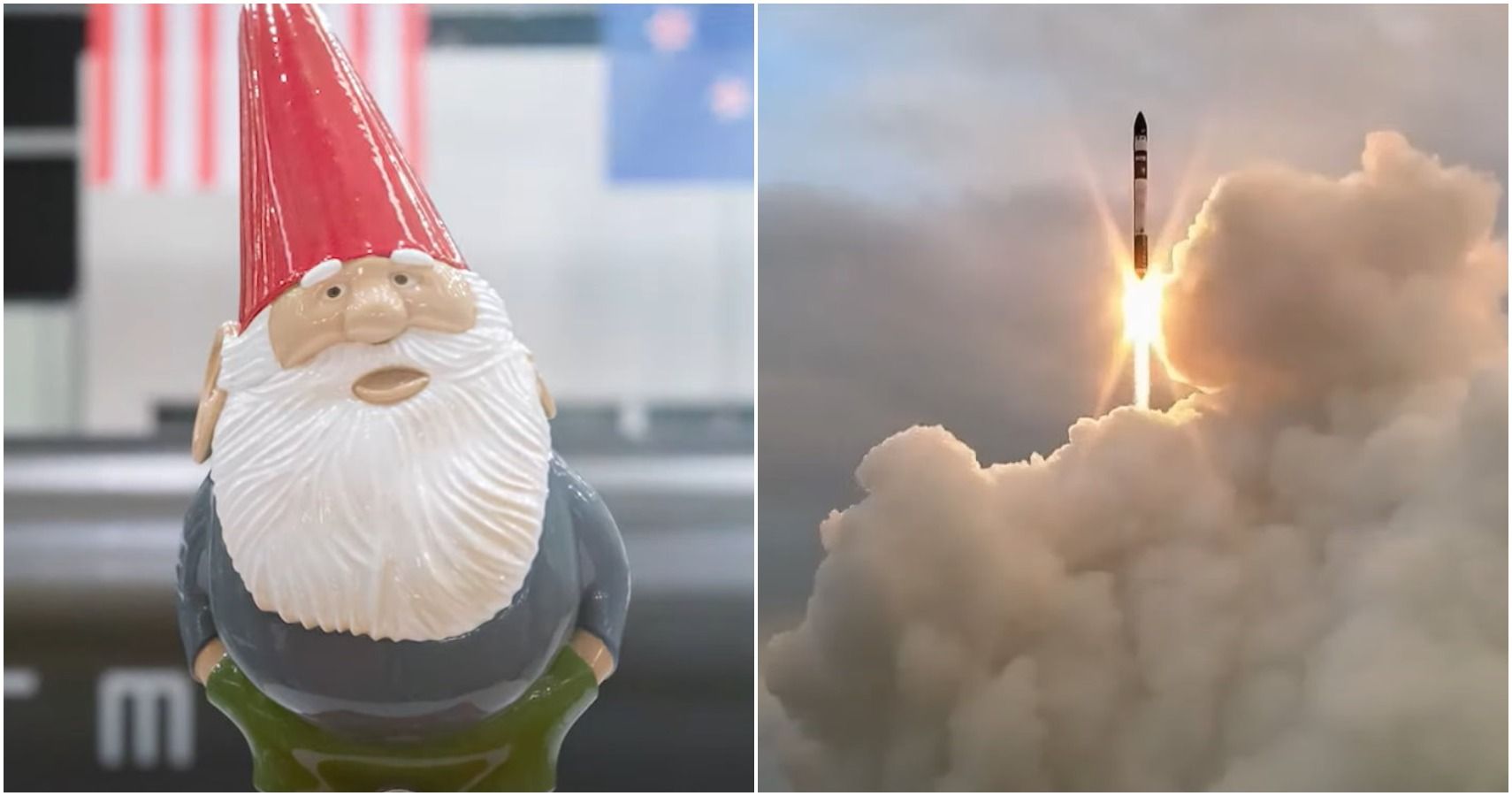