This week, the Oscar nominations were revealed, and there was the usual level of debates and discussions around who made the cut and who did not. Lady Gaga, Alana Haim, and Jodie Comer – the three hipster’s choices for Best Actress – all missed out in favour of expected nominees (Kristen Stewart), Academy darlings (Nicole Kidman, Oliva Colman), and different, even less favoured hipster's choices (Penélope Cruz, Jessica Chastain). Best Actor is set to be hotly contested between Benedict Cumberbatch, Will Smith, and Andrew Garfield. Denis Villeneuve missed the cut for Best Director. Two different real-life couples (Javier Bardem & the aforementioned Penélope Cruz, and Jesse Plemons & Kirsten Dunst) were nominated together. But one topic has dominated all others: Spider-Man: No Way Home missed out.

It is monumentally stupid that this was the topic of discussion at all. The Academy does look down on certain genres – Lupita Nyong'o's horror turn in Us was unfairly overlooked a few years back – and superhero movies are perhaps not treated fairly, but Spider-Man is not Logan. It never really deserved to be in the running. The discussion highlighted one of the biggest (and most boring) issues in modern film discourse – what do we do about the MCU?

Ever since Scorsese threw the lightest of shade at the MCU, it has been at war with 'real’ cinema, but we're here to end the war one film recommendation at a time. Starting with the beginning of the MCU in Iron Man, we've been matching Marvel movies up to 'real' cinema, in the hopes of showing cinephiles that the MCU has more variety than is usually assumed, and in the hopes of getting MCU fanatics to branch out a little. This week, we're at Thor, and if you like Thor, try The Prestige.

I initially considered matching Thor to Hamlet. Both were directed by Kenneth Branagh, after all, and he clearly took a lot of inspiration from his work on the Shakespearean adaptation into the MCU, but it also feels a little obvious. I managed to get through two Iron Man movies without going to RoboCop, and I don't expect to use it for Iron Man 3 either. Spoiler alert but it will probably be LA Confidential. Anyway, on with Thor. Much like Hamlet, Thor tells the tale of a deep rivalry laced with betrayal, swirling around royal politics. The Prestige essentially moves this battle from the royal court to the stage, with two feuding magicians united by their similarities and forced apart by their rivalry, jealousy, and competitive streak.

The first Thor movie makes some major missteps, with the MCU still struggling with how to establish superheroes within the real world context the MCU grounds itself in. As a result, it excels in its wildest moments, when it's in Asgard, or when fantastical fights are taking place. With Asgard full of magical elements and Loki an illusionist and trickster, the links to The Prestige and its two illusionist protagonists is clear. 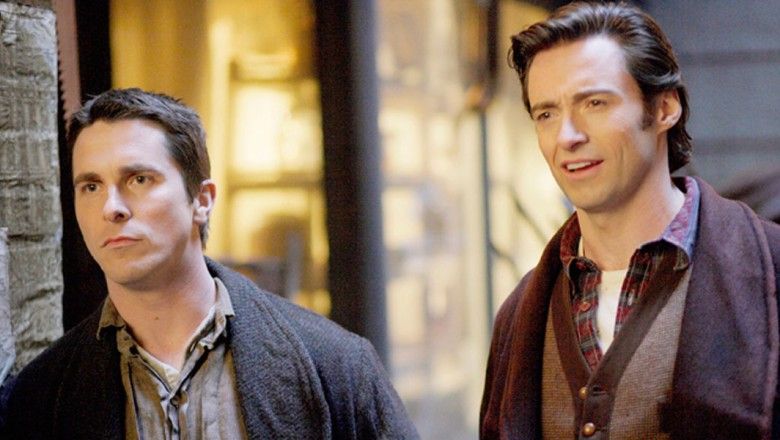 What's less clear is who is 'the Loki' of the group. While Loki was an impressive villain in Avengers, he grew in depth as the MCU went on and he was less of a binary bad guy, and The Prestige shows its characters as morally grey. Likewise, The Prestige may deal with magic and stagecraft, but its finest moments are the human interactions between its two leads. The Prestige excels in the ways Thor falls short, and that's what makes them such interesting companions to watch together. The Prestige itself takes clear inspiration from Amadeus, if you're in the mood for a triple feature. Make that a quadruple if Branagh's Hamlet is also on the billing. Just keep in mind that Hamlet is four hours long.

Thor has not aged well, and had it been a Phase Three or even a Phase Two MCU flick, perhaps it would have been better. Ragnarok completely changes what a Thor movie is, but it didn't need such a big twist into offbeat comedy in order to be good, it just needed a better focus on the humanity at the heart of the feud. It just needed to be more like The Prestige. Tune in next week for Captain America: The First Avenger. No prizes for guessing I'll be comparing it to a war film.